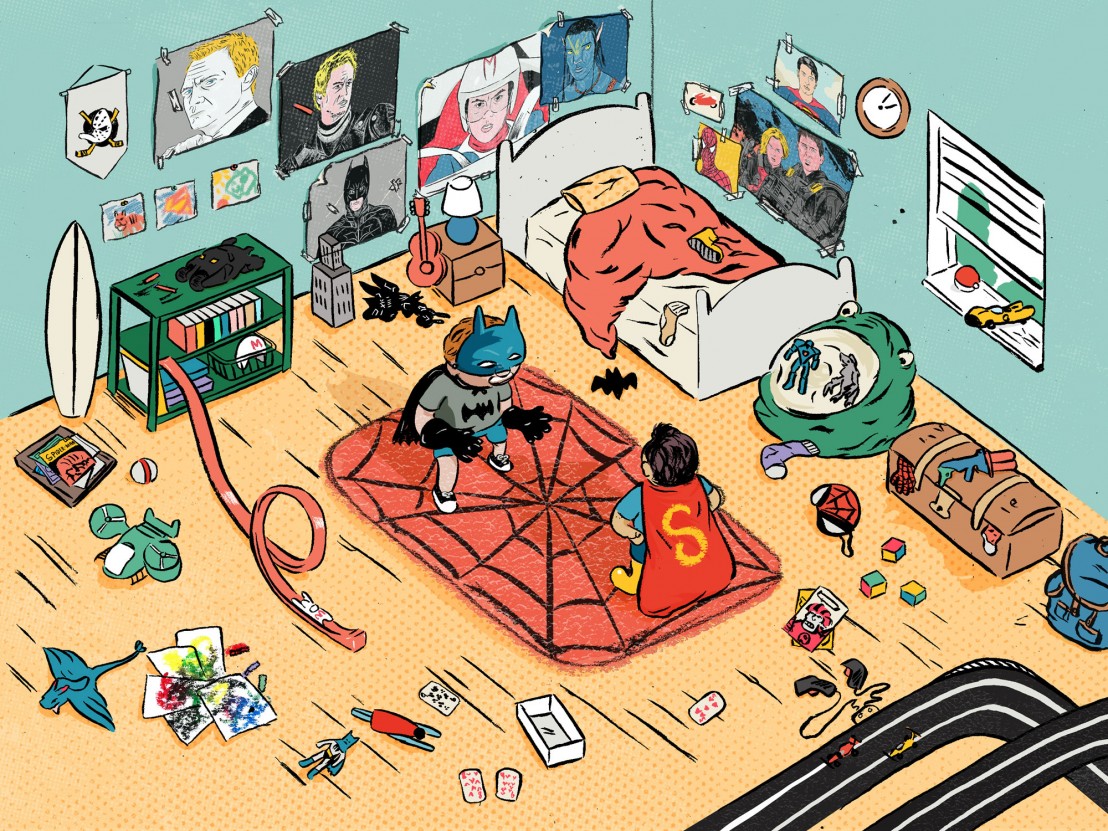 We love blockbusters. We hate blockbusters. To some they are the manna from cash-money heaven, a reason to depart from the punch-clock dreariness of existence and see if the dream factory has anything new to offer. To others they are the festering scourge of the cinematic landscape, the equivalent of prefab architectural eyesores. Some theorise that they are a necessary evil, that their success allows the wider film industry to function through trickle-down economics. Super-sized box office hauls means there’s plenty to spread around, that film culture can have a lower tier, one which prizes unique personal visions over florid gigantism with an easy marketing hook.

Whatever we think, blockbusters are impossible to ignore. Criticism of these movies often automatically veers to tired appraisals of convention, saleability, or whether the quality of the special effects meet with personal expectation. Like a stopped clock, they sometimes chime with the moment, or do something out of the ordinary which prolongs their half-life. Blockbusters are now made like cars, rolling off vast production lines at regular intervals in the hope that appetite for destruction never fades. In an era of Marvel and Pixar, DC and DreamWorks, these movies are not just part of the media landscape – they are the media landscape.

With this in mind, we posed a simple question to 12 contributors: what do you consider to be the most important blockbuster of the 21st century? The resulting essays, each covering a single film, argue the case for a fallen giant, or else attempt to keep the flame burning for a mega hit whose pop culture stock has fallen. Does Avatar deserve its status as the most successful film of all time? Is The Dark Knight cinema’s foremost response to 9/11? Are the feminist credentials of Sex and the City undervalued? Was What Women Want the last blockbuster comedy of its kind? Here is our tribute to all those in the film industry who are able to dream, and dream big. 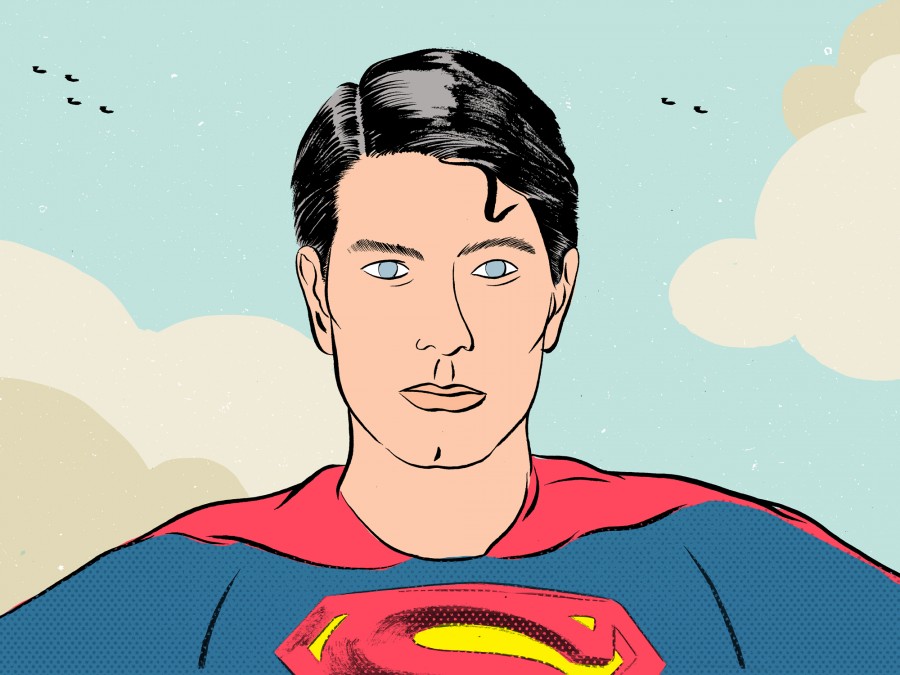 1. Why Superman Returns is the greatest blockbuster of the 21st century by Mark Asch

“Superman Returns is a movie about fan service – about what myths owe their public. A film in ambivalent awe of itself, it palpably strains to live up to impossible demands: for comic-book zip, American Century allegory, and enchantments at once comfortingly familiar and newly thrilling; it’s a film like its hero, an Atlas whose shoulders are beginning to buckle. A self-consciously classical Superman story, the film is committed and self-deprecating, hitting the marks laid down by the original and most primal comic-book archetype – and also the most earnest.” Read the full article 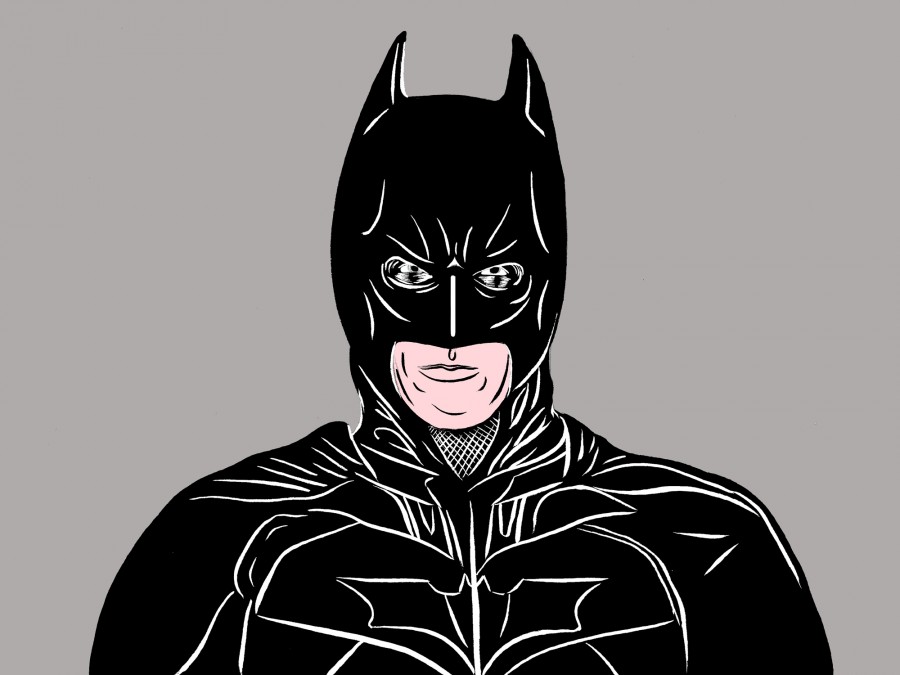 2. Why The Dark Knight is the greatest blockbuster of the 21st century by Anton Bitel

“Nolan repeatedly reimagines, even optimistically amends, the rapidly shifting skyline of 9/11. We see buildings – a central police station, two warehouses, a hospital – blown up as part of the Joker’s convoluted machinations. Even in this most relentlessly paced work, Nolan pauses often to focus on fire engines, those emblems of 9/11 heroism, arriving at the scenes of disaster. And, over and over, we see people plummeting from buildings, only to be rescued mid-fall, in a way that those desperate jumpers from the Twin Towers never were…” Read the full article 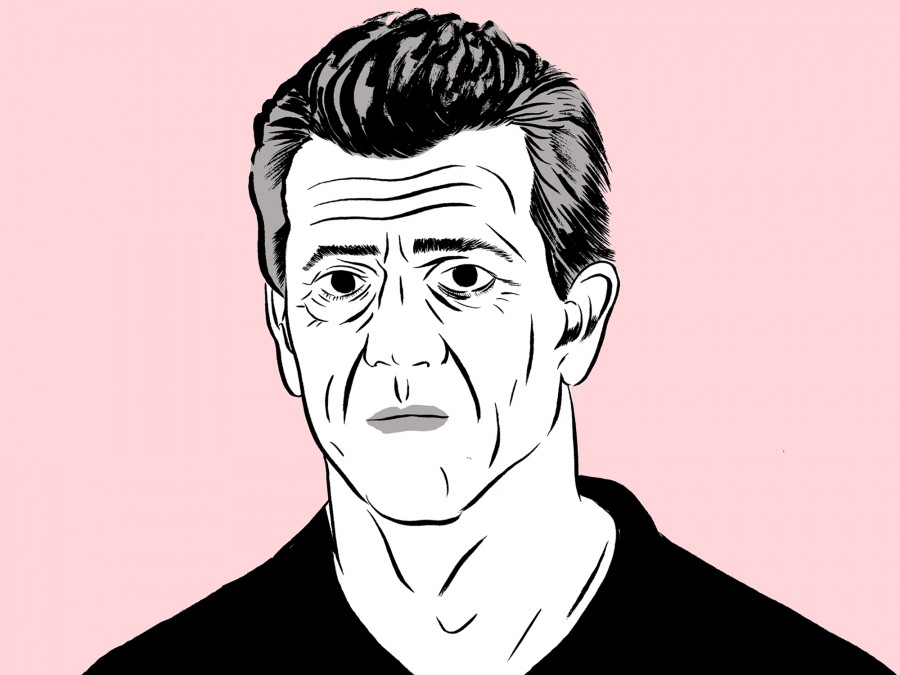 3. Why What Women Want is the greatest blockbuster of the 21st century by Ian Mantgani

“One of the most playful, audience-rousing aspects of What Women Want is how it plays with the straight macho star image of Mel Gibson. In addition to the many fun moments where his head is wrecked at hearing the disillusioning truth behind what womankind really thinks, we get to see him cover up his nakedness, talk to his waning erection, wax his legs, wear lipstick, try on tights and loudly proclaim he’s gay…” Read the full article 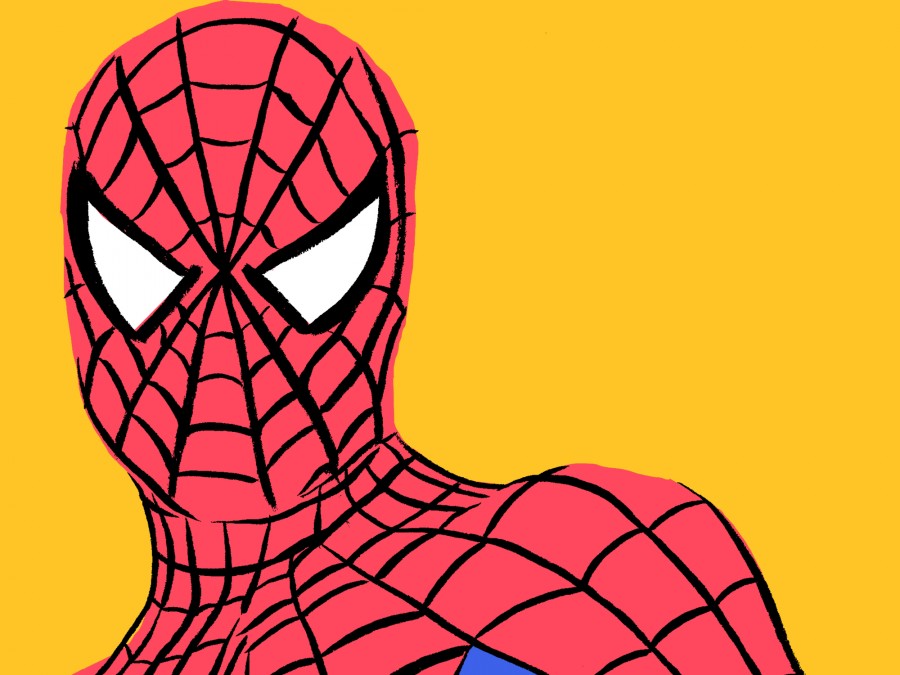 4. Why Spider-Man 2 is the greatest blockbuster of the 21st century by Elena Lazic

“The film offered up the promise of a franchise that would not select its villains at random, but rather thematically link them to the main character’s growth as both a hero and as a person. Yet, it was a promise swiftly dashed by the multiple villains and thematic incoherence of the 2007 threequel. Spider-Man 2 is a perfect superhero film sequel: able to stand on its own as a self-contained story while also extensively and intelligently drawing from and developing the characters and themes established in the previous episode…” Read the full article 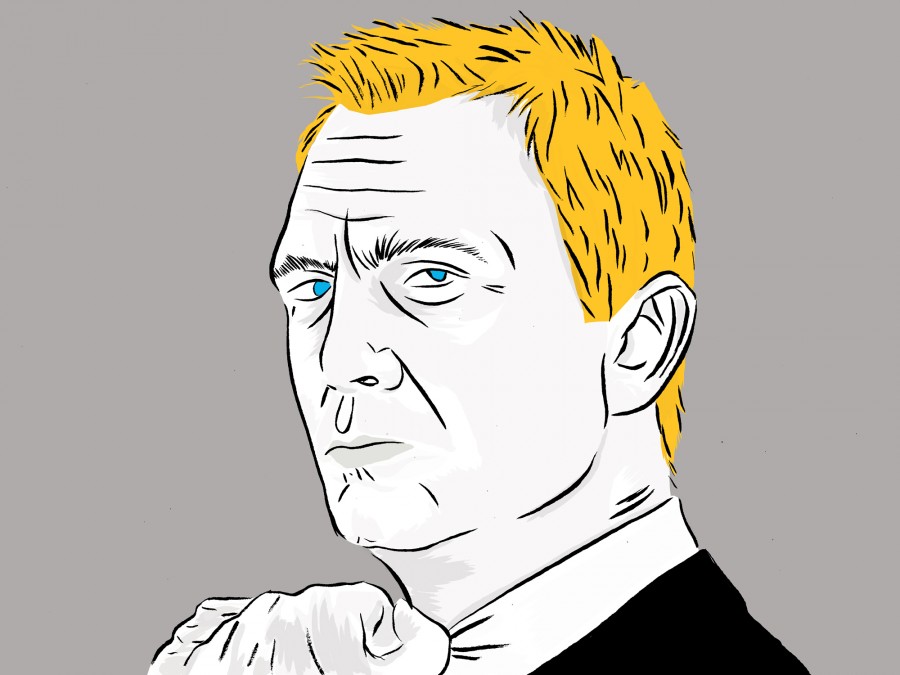 5. Why Casino Royale is the greatest blockbuster of the 21st century by Adam Nayman

“Instead of being overlong at 144 minutes, Casino Royale feels epic, which is just right for a story that is meant to simultaneously create, develop and then finally (re)define a hero worth following in future instalments. As gruelling as it is to talk about “world-building” in a post-Marvel context, Casino Royale unfurled a universe of anxious, unstable geopolitics and shifting allegiances that should have been the perfect playground for an agent not always willing or able to subordinate his baser impulses to the demands of duty.” Read the full article 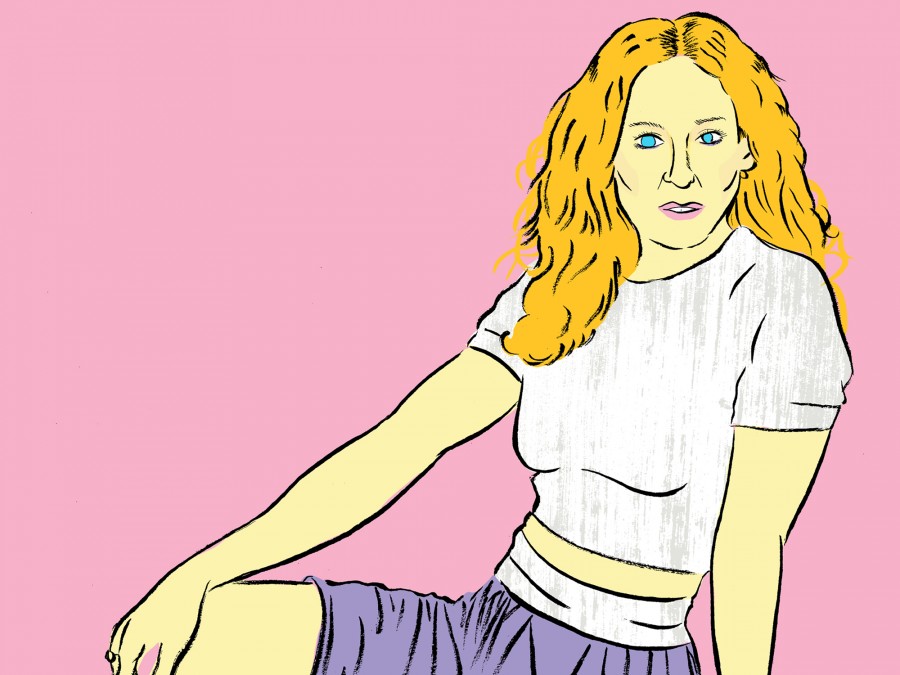 6. Why Sex and the City is the greatest blockbuster of the 21st century by Justine Smith

“The Sex and the City movie stands among a number of films targeted towards women that don’t seem to strive for quality, knowing full well that due to being a part of a well-established franchise, the lowest common denominator might be enough to appeal to an audience starved for representation. As a celebration of money and the upwards mobility it affords you, the film may feel particularly alienating for contemporary audiences who simply don’t remember the freedom and opportunities of a pre-2008 economy.” Read the full article 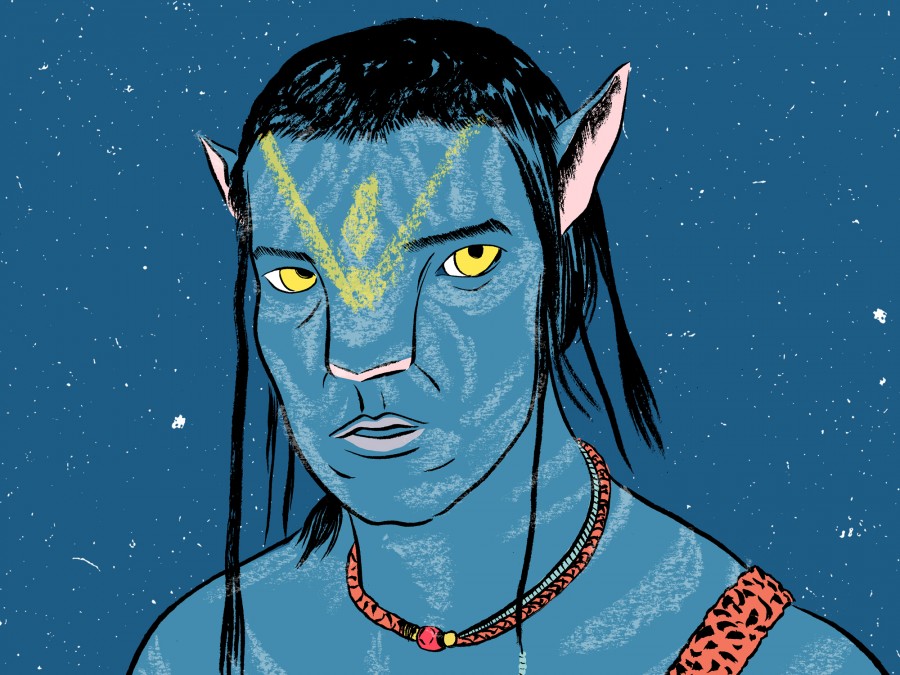 7. Why Avatar is the greatest blockbuster of the 21st century by Matt Thrift

“It’s a film that questions (as the Terminator films did before it) the hubristic pursuit of technological advancement while relying on just that to bring its audience-proxy – Sam Worthington’s deliberately blank slate, Jake Sully – to a primitive state of grace and its audience to an unprecedented level of hyper-immersion. “Teach me how to see,” says Jake, an invitation Cameron extends to the audience…” Read the full article 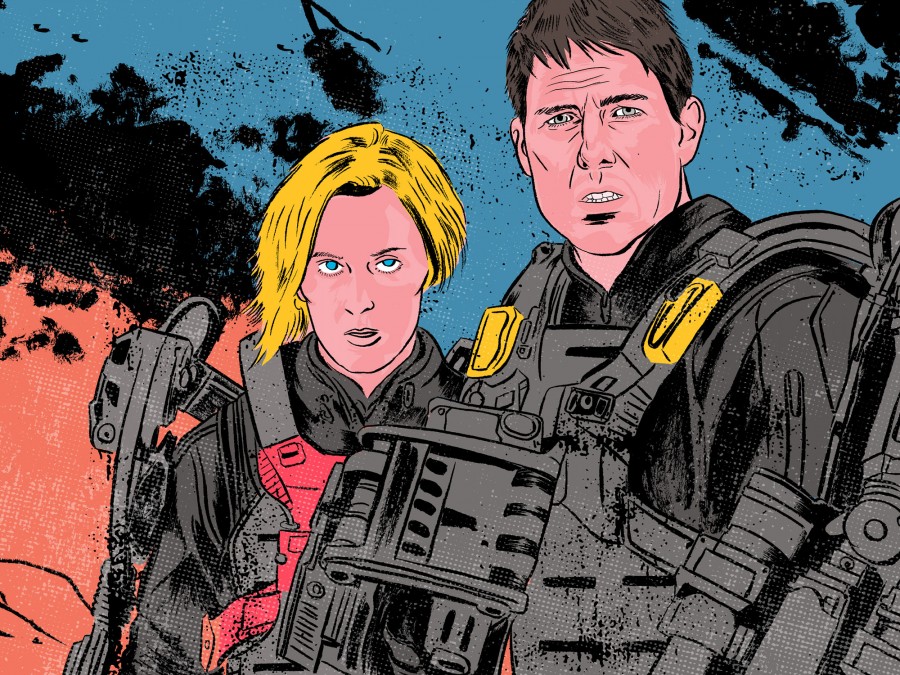 8. Why Edge of Tomorrow is the greatest blockbuster of the 21st century by Craig Williams

“If we take the interview sequence in Magnolia as the most self-reflexive moment for Cruise the actor, then Edge of Tomorrow is the corresponding moment for Cruise the star. A blockbuster about the state of the blockbuster, it’s the Starship Troopers of the 21st century, taking apart the medium itself, trait-by-trait, cliche-by-cliche, as well as sharply deconstructing Cruise’s star persona. Like Paul Verhoeven’s great movie satires, Edge of Tomorrow works because it is first and foremost a brilliant example of the very form it seeks to satirise…” Read the full article 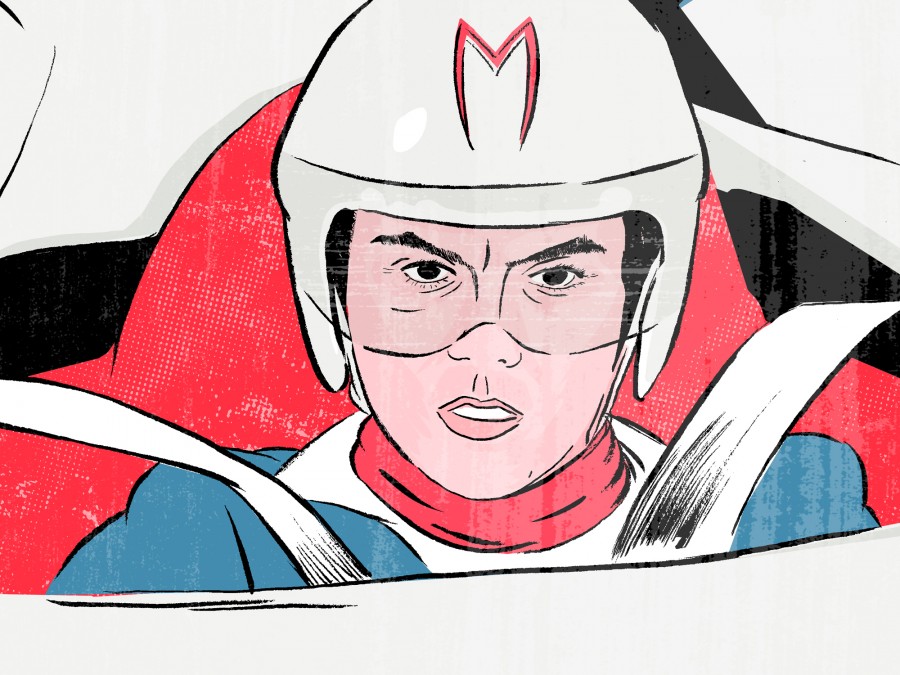 9. Why Speed Racer is the greatest blockbuster of the 21st century by Ethan Vestby

“The Wachowskis went to unprecedented lengths to match the original look of the ’60s cartoon, shooting foreground, midground and background separately, then digitally compositing everything together in post-production to achieve a seemingly endless depth of field. All this amplifies the melodrama at the heart of the film; the death of Speed’s older brother, Rex (Scott Porter). Returning to that opening sequence, we see Speed in the middle of a race driving alongside Rex’s ghost as he risks breaking his record – a thrilling set piece that establishes the film’s emotional stakes…” Read the full article 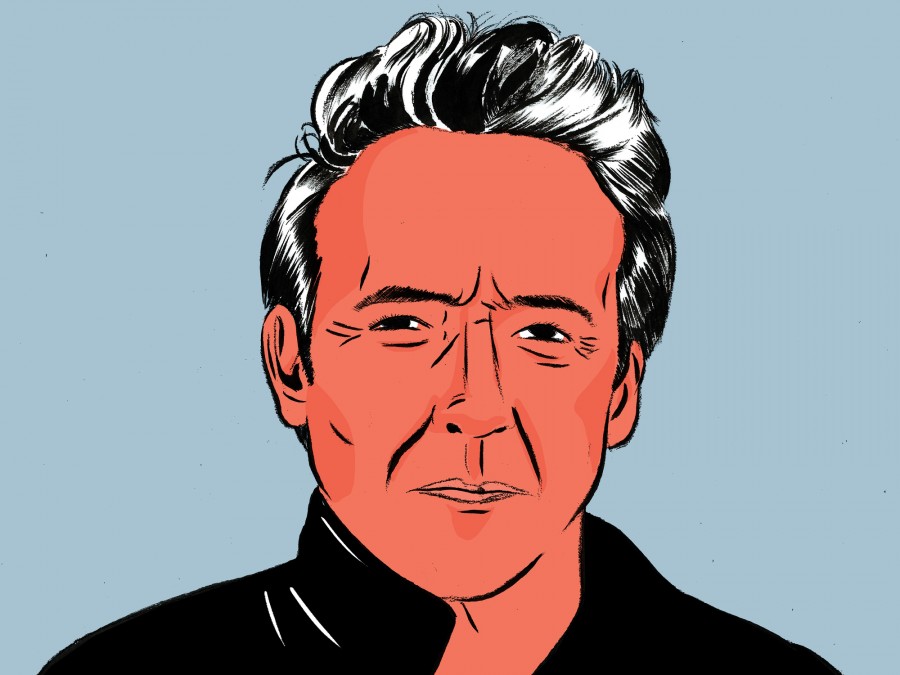 10. Why 2012 is the greatest blockbuster of the 21st century by Christina Newland

“Unwitting hilarity may be 2012’s dominant mode – as when The Vatican cracks down the middle and rolls like a giant barrel over thousands of pious Italians. But the CGI set pieces are surprisingly effective, particularly one near the beginning of the film. A massive earthquake razes Los Angeles to the ground, pummelling it straight into the sea as Cusack wildly drives his family through the carnage in a limo. The pavement shudders and cracks beneath them as the very fabric of the city – all glass, concrete, underground pipes and highways – is shaken loose. Skyscrapers wobble around drunkenly, creating a genuine atmosphere of physical jeopardy…” Read the full article 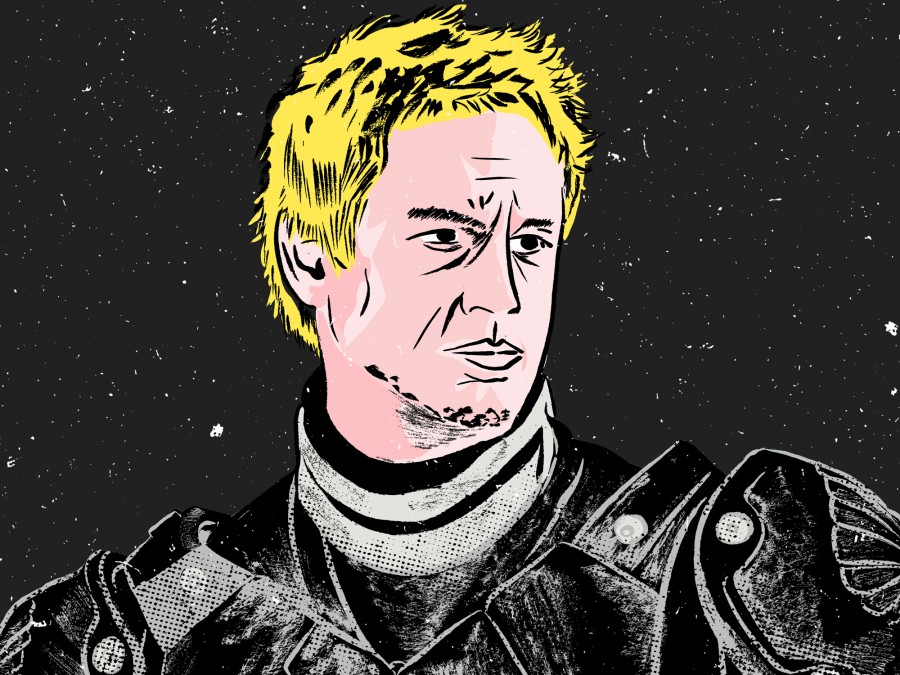 11. Why Pacific Rim is the greatest blockbuster of the 21st century by David Jenkins

“Pacific Rim marks a convergence point in del Toro’s career. It’s where the humans and the machines finally combine as one. To operate the monolithic robot Jaegers which have been constructed to defend the planet against an under-floor infestation of Kaiju (giant reptilian wreckin’ balls with an ingrained mandate to destroy), two people must enter into its skull plate and work the controls manually. But there’s a catch, because it’s not the usual case of just sitting in front of a console, mashing a keypad and hoping the little red warning lights don’t start flashing. To make these machines work, the pilots have to commune with one another on a psychological level. They have to dance together…” Read the full article 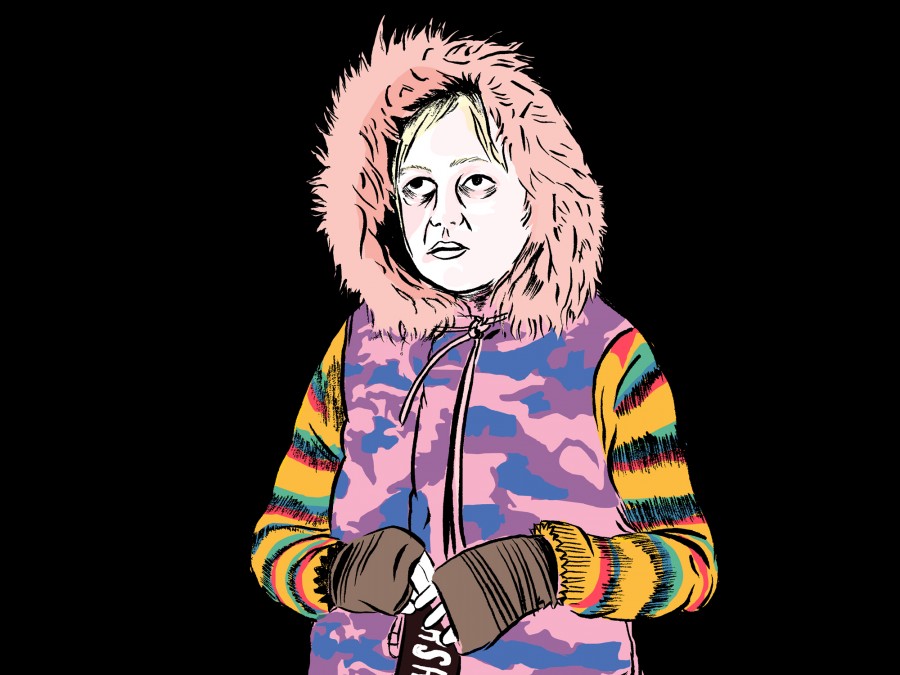 12. Why War of the Worlds is the greatest blockbuster of the 21st century by Adam Woodward

“Ironically, no one has done more to soften the image of extraterrestrials than Spielberg. In Close Encounters of the Third Kind and E.T., the aliens are benign, cuddly creatures that reflect the more virtuous aspects of our own nature; here they’re the stuff of nightmares, the kind of creepy, bug-eyed freaks that would make even HR Giger’s skin crawl. These strange, hostile invaders are a nod to the films of Spielberg’s youth, but just as the ’50s golden age of big screen science fiction – an era of flying saucers, space monsters and exclamation marks – was an indirect expression of Cold War anxiety, the aliens in Spielberg’ film represent a distinctly modern threat…” Read the full article