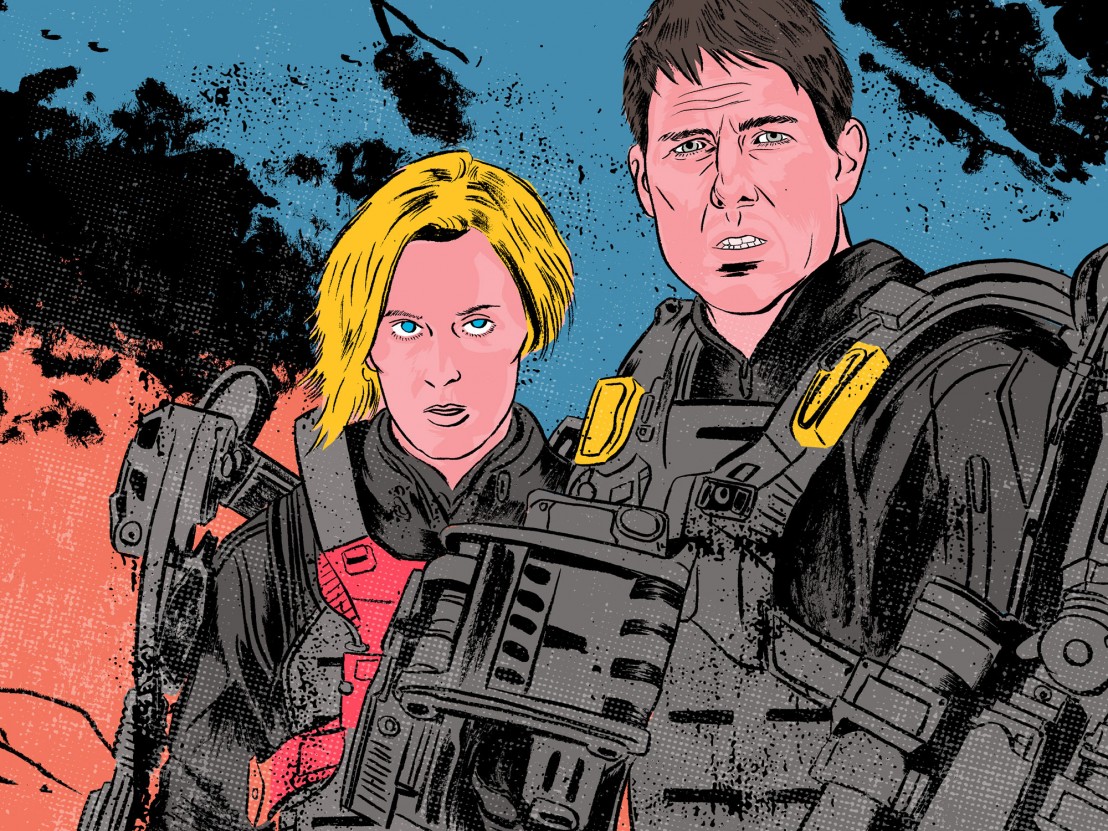 At the end of the 20th century, Tom Cruise hit his artistic peak, giving the best performances of his career in Eyes Wide Shut and Magnolia, before starring in some of the greatest blockbusters of the 2000s, including Collateral and War of the Worlds. It has now been almost a decade since Cruise’s last serious dramatic role, but the intervening years, in which he has gone from one high-concept blockbuster to the next, have seen him become the modern equivalent of an Old Hollywood player. His stardom is now what defines his work; channelling Cary Grant, he is charming, driven and unknowable – a face around whom movies are built. Like his Captain Nathan Algren in The Last Samurai, he is a man living by an old code in uncertain modern times.

This classical form of stardom is increasingly at odds with the new degrees of transparency demanded by modern showbusiness and, despite attracting Hollywood Babylon levels of gossip and intrigue, the man behind the star remains shrewdly concealed by his professional affability. Indeed, the genius of Tom Cruise in the 21st century lies in the way he reconciles his Golden Age persona with the demands of contemporary movie culture. This is the age of Cruise as actor-auteur, where his stardom is the nucleus of every picture he makes. In grandiose Hollywood style, one could even frame his trajectory in mythical terms: if the journey from hungry ’80s heartthrob to serious actor is his ‘Paradise Lost’, then his subsequent shift to blockbuster savant in the early 2010s is his ‘Paradise Regained’ – a return to more innocent days.

Read why Avatar is the greatest blockbuster of the 21st century

In keeping with Cruise’s revivalist take on the classical Hollywood star, the films of this period – from Jack Reacher to Mission: Impossible – Rogue Nation – are all rooted in the aesthetic ideals of the end of the studio era in the late 1950s. Indeed, Cruise’s recent trajectory appears to be playing out as a revisionist take on this period of Hollywood cinema; playful, self-aware pictures with a postmodernist flair, in genres that have long fallen out of fashion – from the spy comedy Knight and Day to the comedy musical Rock of Ages – and in which Cruise is invariably paired with a younger actress. These traits replicate the models of films like Funny Face and Charade, late studio era vehicles that Stanley Donen made with ageing stars Fred Astaire and Cary Grant.

This subversive take on the notion of Cruise as the star-out-of-time reached its apex in 2014 with Doug Liman’s Edge of Tomorrow. If we take the interview sequence in Magnolia as the most self-reflexive moment for Cruise the actor, then Edge of Tomorrow is the corresponding moment for Cruise the star. A blockbuster about the state of the blockbuster, it’s the Starship Troopers of the 21st century, taking apart the medium itself, trait-by-trait, cliche-by-cliche, as well as sharply deconstructing Cruise’s star persona. Like Paul Verhoeven’s great movie satires, Edge of Tomorrow works because it is first and foremost a brilliant example of the very form it seeks to satirise. 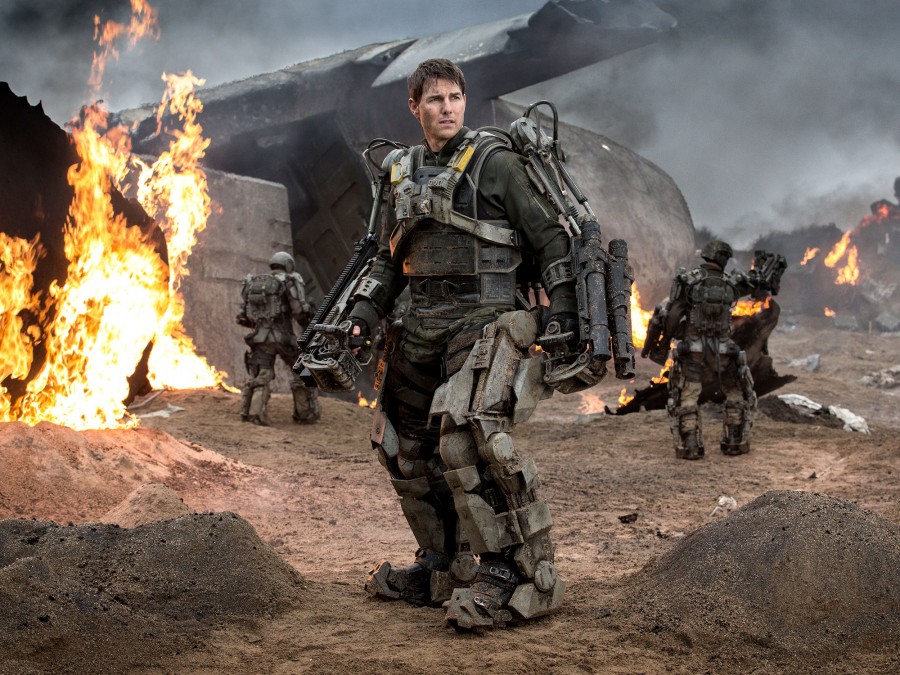 Liman takes the most grimly fatalistic reading of the modern blockbuster as his starting point: the medium has become a large-scale computer game, frantic and impersonal, grossly indifferent to life and death. Cruise plays a PR officer (!) enlisted as a soldier to help fight an alien invasion, ending up reliving the same day each time he dies in combat. Liman replicates the rhythm of a first person shooter, with Cruise’s Bill Cage getting a little further in his mission with each life lived, learning from his mistakes and repeating the patterns that work. By appropriating gaming sensibilities into the blockbuster, Liman exposes the gulf between the media; the first few deaths have a comical futility – slyly undercutting Cruise’s infallible movie persona – but as the repetitions culminate, the soul of the piece begins to emerge.

The catalyst is Emily Blunt’s Sergeant Rita Vrataski. As the film crescendos, it becomes clear that the connection between her and Cage is what’s driving proceedings. In this sense, it’s possible to view Edge of Tomorrow as a reverse genre rendition of the themes explored in Eternal Sunshine of the Spotless Mind. Both films deal with memory and time loops but, more importantly, both land on the ultimate futility of suppressing the desires of the human heart. Edge of Tomorrow takes this idea a step further, applying it to the blockbuster form itself – not only must the characters have heart, the film must have a soul too.

This notion is central to the film’s identity: it reflects on itself even as the action unfolds, rewriting blockbuster rulebook while ripping it to shreds. This self-referencing zeal is a familiar trait in genre cinema, which can often feel like an extended conversation between films, with each movie becoming part of a continuing discourse on the state of the genre. Like many of the films in Cruise’s later period, Edge of Tomorrow brings this idea into the fold of blockbuster cinema, casting a weary eye over the state of the art and seeking to find Cruise’s place within it.

Nearly all of Cruise’s films in the 2010s feel like conversations with the late studio era – the fourth and fifth Mission: Impossible movies are extended riffs on North by Northwest, while Jack Reacher recalls the violent, hard-worn Randolph Scott westerns of the 1950s – but Edge of Tomorrow is the one that looks to the present as well as the past. It represents where Cruise is and where he came from. There is a beautiful moment in 2013’s Oblivion where Cruise lands his ship in a ruined stadium on a deserted planet and remembers the final Super Bowl game on Earth: “He throws the ball with no idea who’s at the other end. Hail Mary. Eighty thousand people on their feet watching this ball sail through the air… touchdown!” At that moment, Cruise isn’t in the deserted stadium – he’s in the remembered one. And so are we.