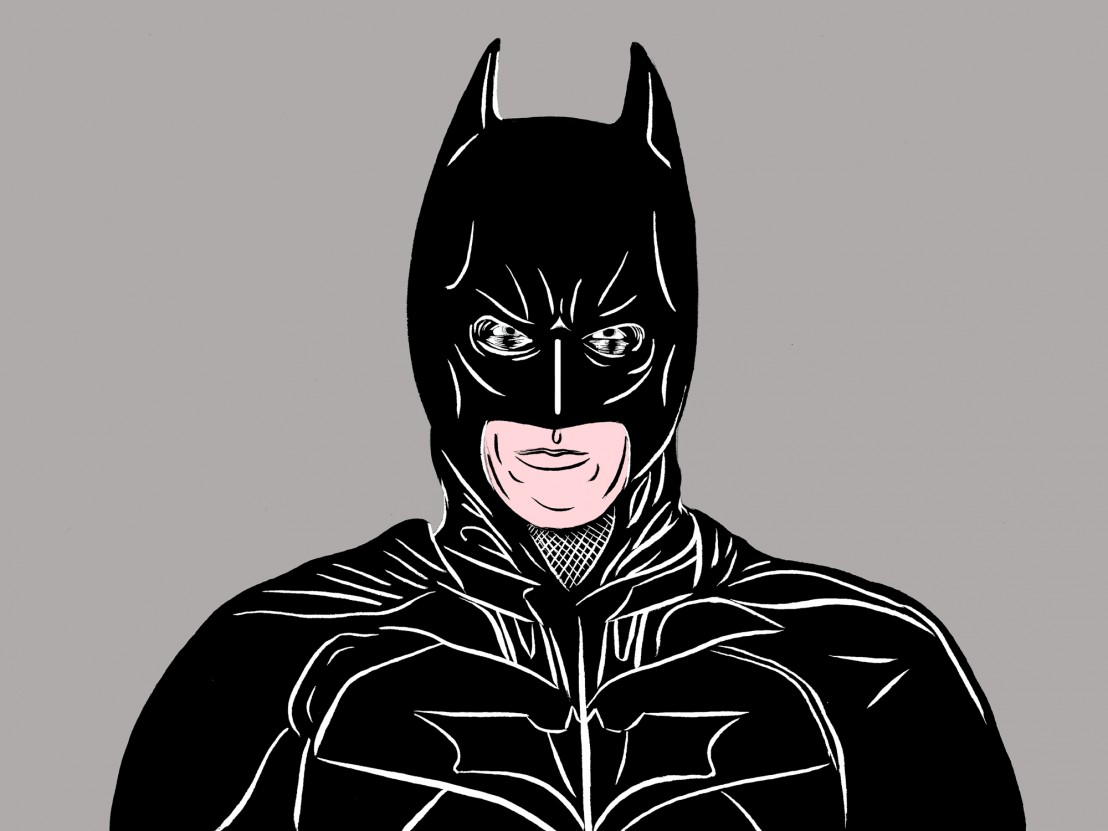 In Christopher Nolan’s deadly serious Caped Crusader reboot, Batman Begins, Batman may ultimately defeat the League of Shadows and their campaign of (chemically-induced) panic waged against a Gotham clawing its way out of corruption – but the film ends with dark mutterings of escalation, and the image of a Joker’s card. In an obvious allegory of the geopolitical problems of the new millennium, Batman has fought fear with fear, only for the politics of terror to inspire more terror. A sequel was inevitable.

Three years later, The Dark Knight opens with a slow crane shot, hovering towards a window in one tall building among many. Two men inside, wearing clown masks, shoot a zip-line to the roof of a smaller building opposite and slide down over the street. Meanwhile, below, another man with a clown mask is picked up by two more in an SUV. As all these men speculate as to the character of their operation’s mastermind, the Joker (Heath Ledger), we witness a carefully planned bank raid – or bust – being carried out on a city block.

In other words, as well as mystifying, and then revealing, the character and modus operandi of its chief antagonist, this prologue also realises in literal terms the film’s status as a blockbuster. And not just your average run-of-the-mill blockbuster – for this sequence was the first ever in a feature film to be shot in full IMAX, making it a vertiginous celebration of urban verticality. Three additional sequences were also filmed in the format, but it is that very first shot that truly takes the breath away, instantly establishing the film’s epic scale.

The Dark Knight is fixated on city buildings – locations that gauge civilisation’s rise and fall. They are the playground in which the moral calibre of Bruce Wayne/Batman (Christian Bale) is constantly measured as it goes up and down – but they also, inevitably, evoke that most avowedly movie-like real life event, the destruction of the Twin Towers. Nolan repeatedly reimagines, even optimistically amends, the rapidly shifting skyline of 9/11. We see buildings – a central police station, two warehouses, a hospital – blown up as part of the Joker’s convoluted machinations. Even in this most relentlessly paced work, Nolan pauses often to focus on fire engines, those emblems of 9/11 heroism, arriving at the scenes of disaster. And, over and over, we see people – Wayne’s ex Rachel Dawes (Maggie Gyllenhaal), an entire SWAT team, the Joker himself, and even Commissioner Gordon’s young son – plummeting from buildings, only to be rescued mid-fall in a way that those desperate jumpers from the Twin Towers never were. 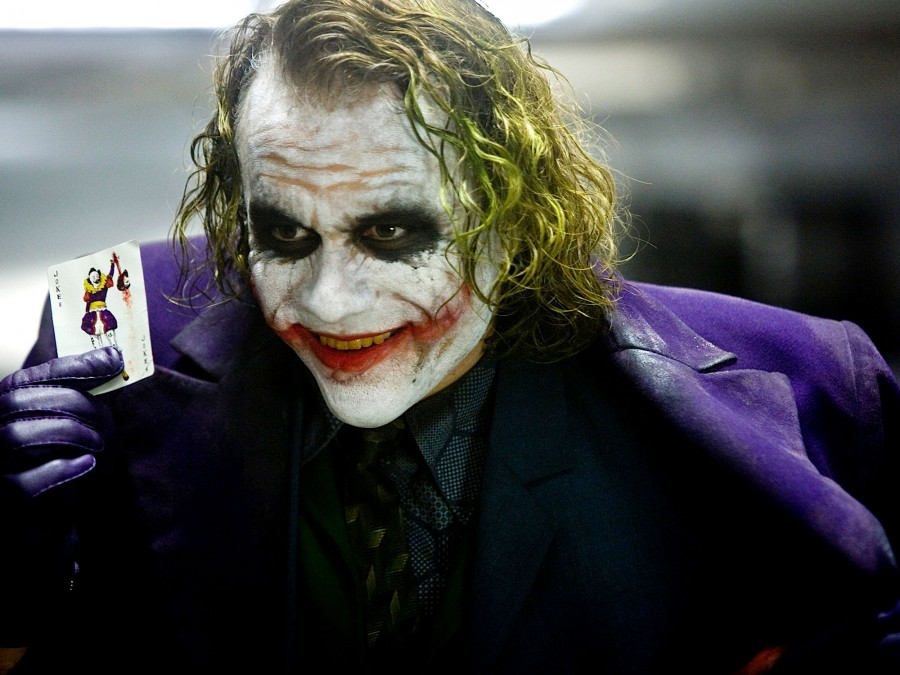 Wayne hopes to be able to retire from his ethically shadowy vigilantism, and to leave the fight against crime to the police (embodied by Gordon) and to the law (embodied by Aaron Eckhart’s Harvey Dent, the new ‘white knight’ DA of Gotham). The Joker, however, wants instead to push this triumvirate of the city’s guardians – and in particular Batman – to and beyond all moral limits, so that Gotham can see the savagery and chaos barely concealed behind its civilised mask. All this may be a comic book fiction, but there is no mistaking the way that Nolan maps onto it the moral dilemmas which were then facing Bush’s America. Repeatedly referred to as a ‘terrorist’, and employing methodologies (explosives in civilian areas, suicide bombings, media blitzes) familiar from Al-Qaeda’s activities, the Joker plays a long, long game in which there can be no winners, only the demolition of hard-won values.

In response to this new nemesis, Batman uses similar (and similarly questionable) tactics to those deployed by the US in the War on Terror: extraterritorial rendering of a suspect; illegal surveillance of the populace; enhanced interrogation techniques; outright torture; and acts of violent armed combat without any judicial oversight. The only difference is that, amid all the beatings and maimings that he administers, Batman refuses outright to kill – although it is a line that Dent is all too easily manipulated into crossing. In between these confrontations, there is much discourse on the nature of crime and justice, engaging with all the most pressing ethical issues of the post-9/11 dispensation. How, the film asks, can you deal with an apparently irrational terrorist, hell-bent on destruction, without defacing your own integrity? If only that question had been addressed with the same thoroughgoing earnestness by the Bush administration.

Even as Nolan shows the good in people unravelling before the Joker’s murderous inversions of Batman’s practices, he is also able, in this imaginative reflection of America, to show the other side of the coin: an idealised, optimised version of humanity. The Joker loves presenting his victims with impossible moral choices. Late on, in one such staged scenario, he sets up a ferryload of civilians and a second ferryload of convicted criminals, each holding the detonator for explosives rigged to the others’ boat (or so they think), and each aware that the longer they delay, the more likely it is that the other group will blow them up instead. It is a variant of the prisoner’s dilemma, intended by the Joker to make a public spectacle of our innate ugliness – except that Nolan conjures, as inspirational proof of essential human goodness even in the most horrific circumstances, an outcome that is as improbable as it is incredible.

This is a salutary fiction – but then the film’s final scene is overtly concerned with such a fiction: the calculated lie that transforms a self-sacrificing hero into a villainous scapegoat for the greater good of society. In the gulf between fiction and reality that Nolan is dramatising, The Dark Knight may mirror the ethical dilemmas and duplicities of the War on Terror, but it also offers a different, better way through them, with a seriousness that Bush and his clowns were never able to muster – which makes it the blockbuster of the 2000s.