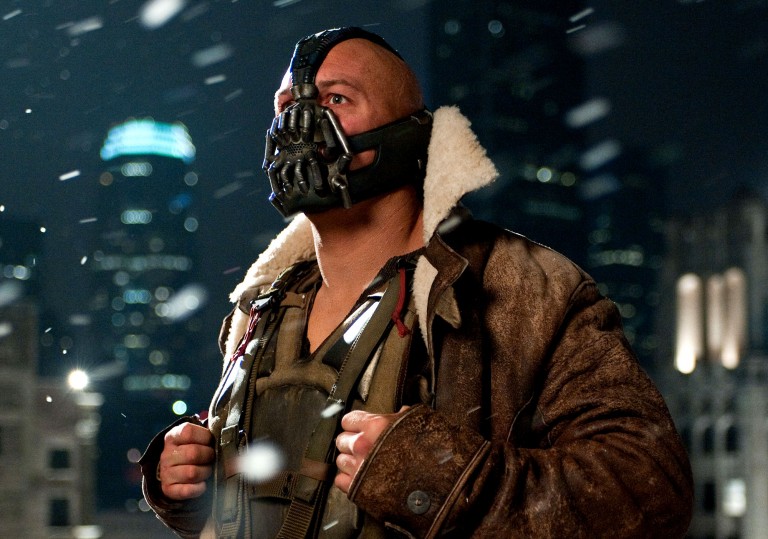 Can Bale and Nolan bow out with a bang?

Despite its shortcomings, Nolan’s series puts all other comic book franchises in the shade.

As the dust settles on another manic day in Gotham, a statue is unveiled outside City Hall. It is both a symbol of deep gratitude and a statement of defiance that says whatever the fate of its winged guardian – come siege or storm – Gotham will endure.

There’s another layer of meaning here, a humble acknowledgement that Batman is bigger than any one filmmaker, that no man can wear the cape forever. It might be Christian Bale’s unmistakable jawline set in bronze, but the mould will soon be recast. For better or worse, the dark knight will rise again.

And yet Christopher Nolan’s vision – his hero – has surely been immortalised over the course of this outstanding trilogy. Not for any technical milestones the director has hurdled or because he has made a Batman saga for the ages, but precisely because The Dark Knight Rises is so inextricably rooted in the here and now.

Eight years after the events of The Dark Knight, eight years since Harvey Dent’s death ushered in a new era of civil harmony, freedom from organised crime, Gotham is waking up to a new threat. Bane (Tom Hardy) is the city’s self-proclaimed reckoning, a menacing, merciless terrorist hellbent on reducing its inherently corrupt citizens (as he sees them) to ashes.

Superficially, Bane’s prolapsed facehugger grill and whackjob accent make him a textbook comic book baddie. Crucially, though, his powers (like Batman’s) are the result of circumstance, not some misc radioactive blunder or ungodly genetic buggery. He’s also endowed with the brains to match his imposing bulk. But make no mistake: these newfound nemeses aren’t about to settle down for a game of chess. Theirs is a straightforward heavyweight slog, a good honest cheek-bruiser that is thrilling and fatiguing in equal measure.

Batman’s greatest battles, of course, have always been with himself. Once a pillar of the society he has sworn himself to protect, Bruce Wayne has become a scruffy, self-pitying recluse, his restless psychosis compounded by the loss of the love of his life, Rachel Dawes. True to the character, he is again painted by Nolan as a deeply flawed protagonist, the tragic victim of his own vigilantism. A monster shrouded in myth and intrigue more typical of his exiled alter ego.

Never has the existential crisis of putting on the mask been examined so intimately. To that end it is Bale – so often overlooked throughout this series – who delivers the standout performance, undoubtedly his finest in the role. Together he and Nolan break Bruce Wayne down, body and soul, slowly, agonisingly, until both man and moniker are ready to be resculpted into something harder, something more robust and resilient than before. In the process our hero is left open to the minxy allure of Anne Hathaway’s Selina Kyle, a duplicitous presence whose seductive feminist purr is pacified in disappointingly conventional fashion.

Humanising a silver-spooned billionaire like Bruce Wayne has never felt so pertinent, not least because of the stigma that has become attached to the One Percent in the intervening years since TDK. And yet here is a film without a true emotional hook. An immaculately crafted, fatally clinical last hurrah that’s dotted with dazzling exclamation marks, signed off with a mischievous ellipsis and underlined in cold-blooded ceremony.

Nolan’s endlessly inventive use of in-camera pyrotechnics, coupled with Hans Zimmer’s relentless percussive score, mean that, even at a rump-numbing 164 minutes, TDKR is nothing less than an awesome sensory feast. Not a dime of its estimated $250m budget has gone to waste. There’s not a stodgy frame in sight. Neither a single spoken word nor spray of debris out of place. At once seriously epic and epically serious, this is blockbuster filmmaking of the highest order, and nothing more than that.

Can Bale and Nolan bow out with a bang?

Despite its shortcomings, Nolan’s series puts all other comic book franchises in the shade.