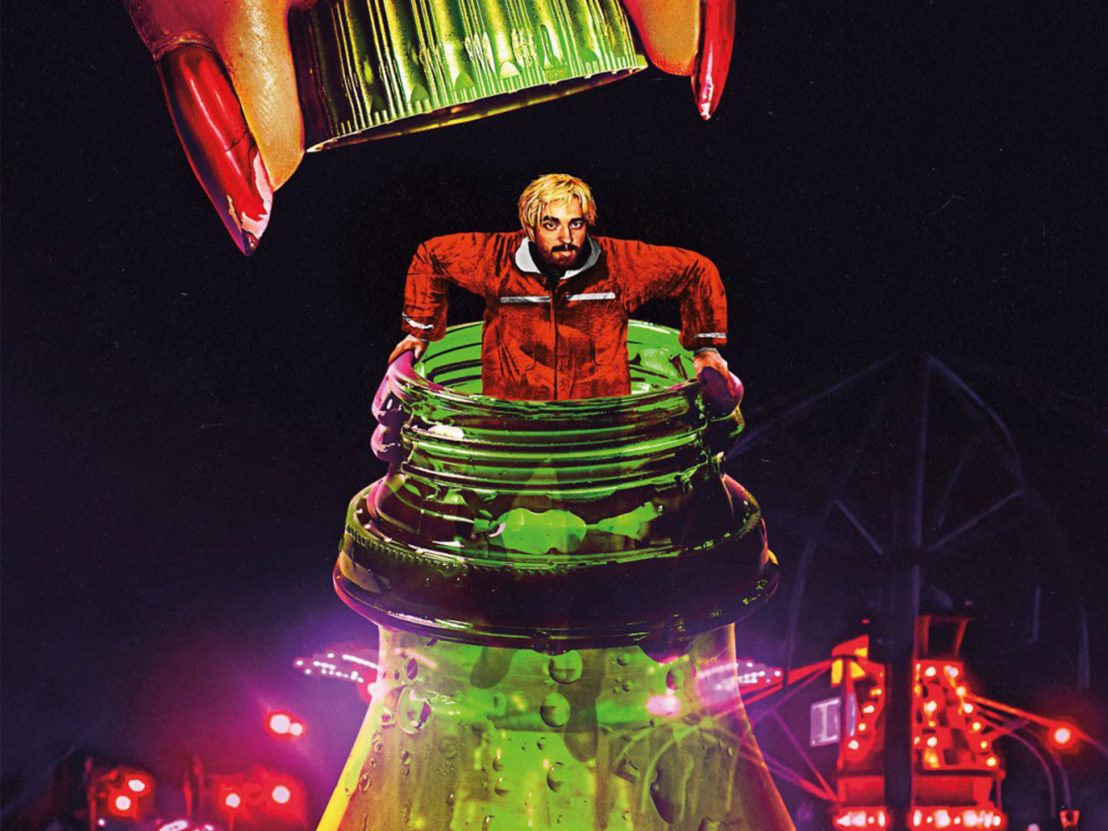 Another year, another fine raft of movie posters. But much like Highlander, there can be only one that rules supreme. From The Beguiled to Good Time, here are 20 we’d be proud to hang on our bedroom walls. Think we’ve missed one? Let us known by tweeting your favourite @LWLies 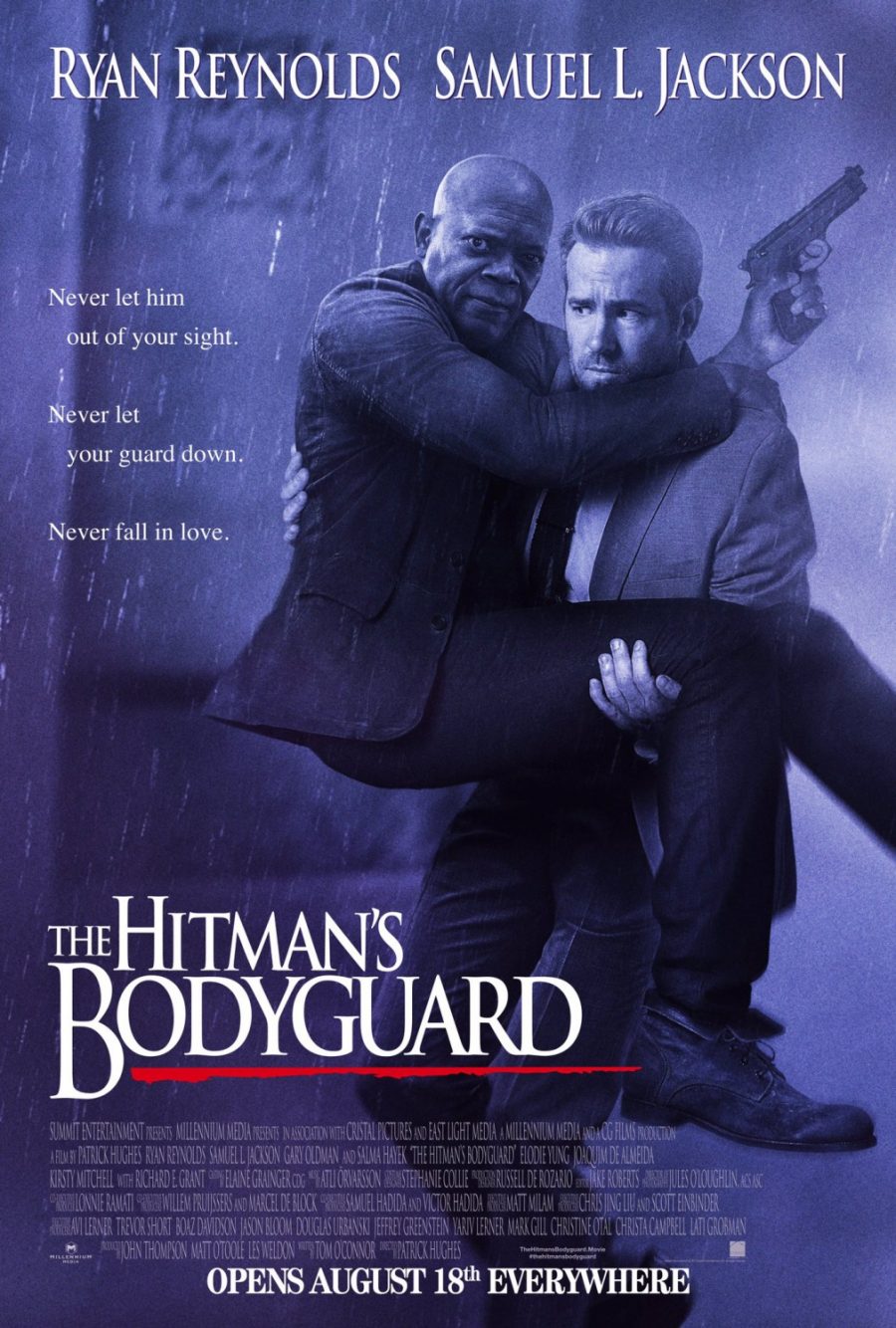 It’s never a good thing when the poster is better than the film. Even so, The Hitman’s Bodyguard‘s homage to The Bodyguard’s iconic 1992 poster – featuring Samuel L Jackson as Whitney Houston and Ryan Reynolds as Kevin Costner – is worthy of an honourable mention here. 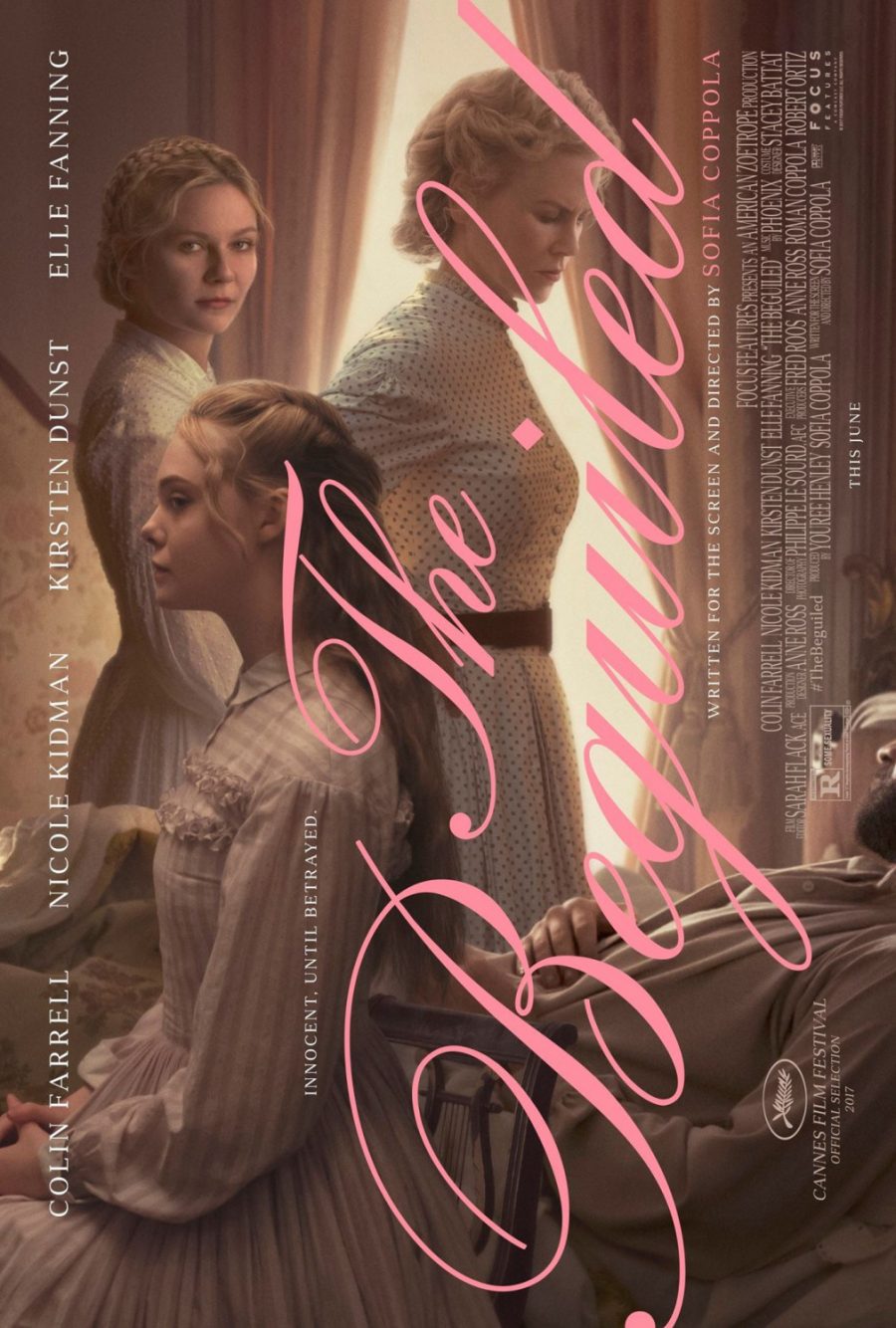 Sofia Coppola’s films usually have brilliant posters, but this one for The Beguiled might be the best yet. Choosing to omit Colin Farrell’s face was a bold choice (the 1971 original posters had Clint Eastwood front and centre) and it’s a more muted look than say, The Bling Ring or Marie Antoinette – except for the striking, baby pink cursive title. 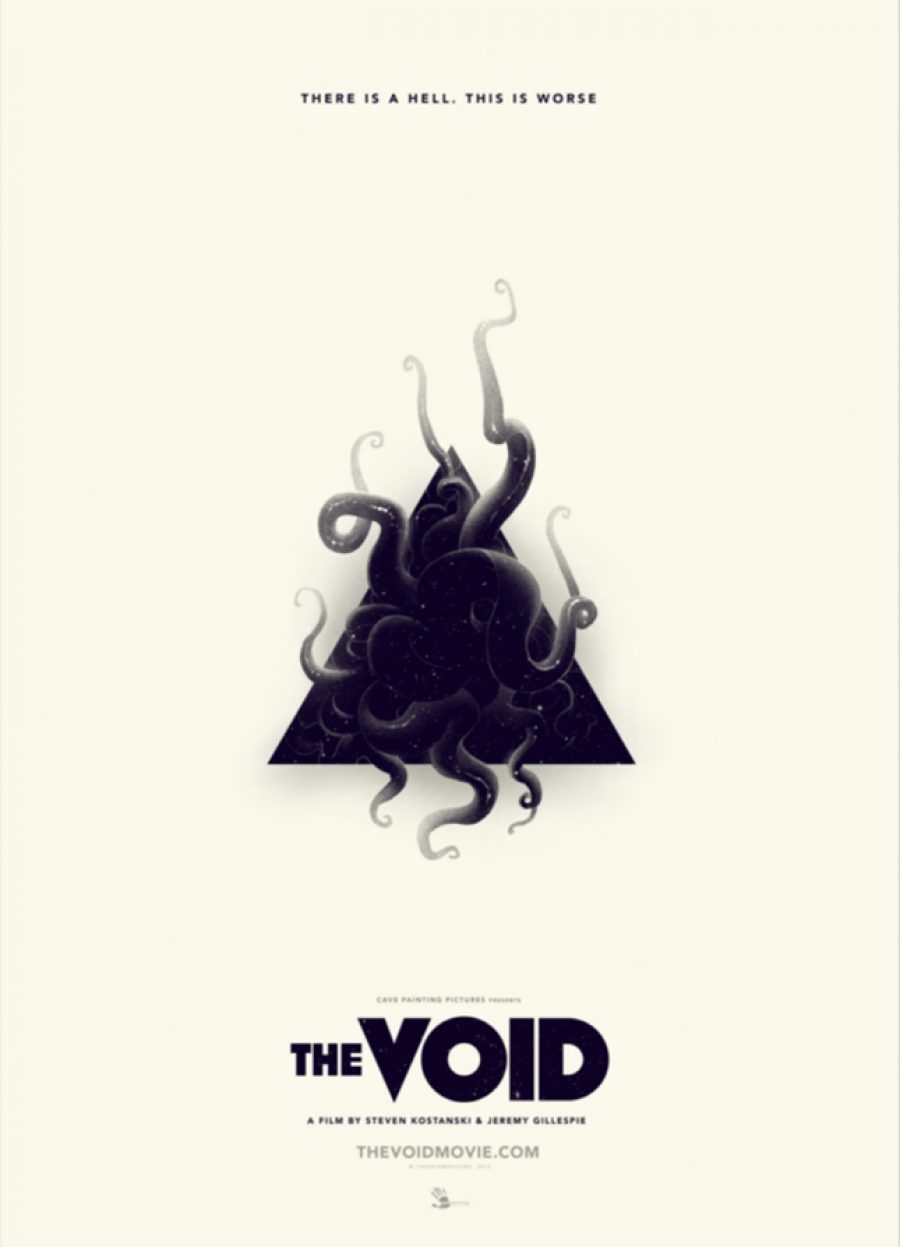 Body horror film The Void actually had a raft of brilliant posters (that proved better than the actual film) but we’re big fans of this deceptively simplistic one, not least because it’s reminiscent of the iconic artwork for Stanley Kubrick’s A Clockwork Orange. 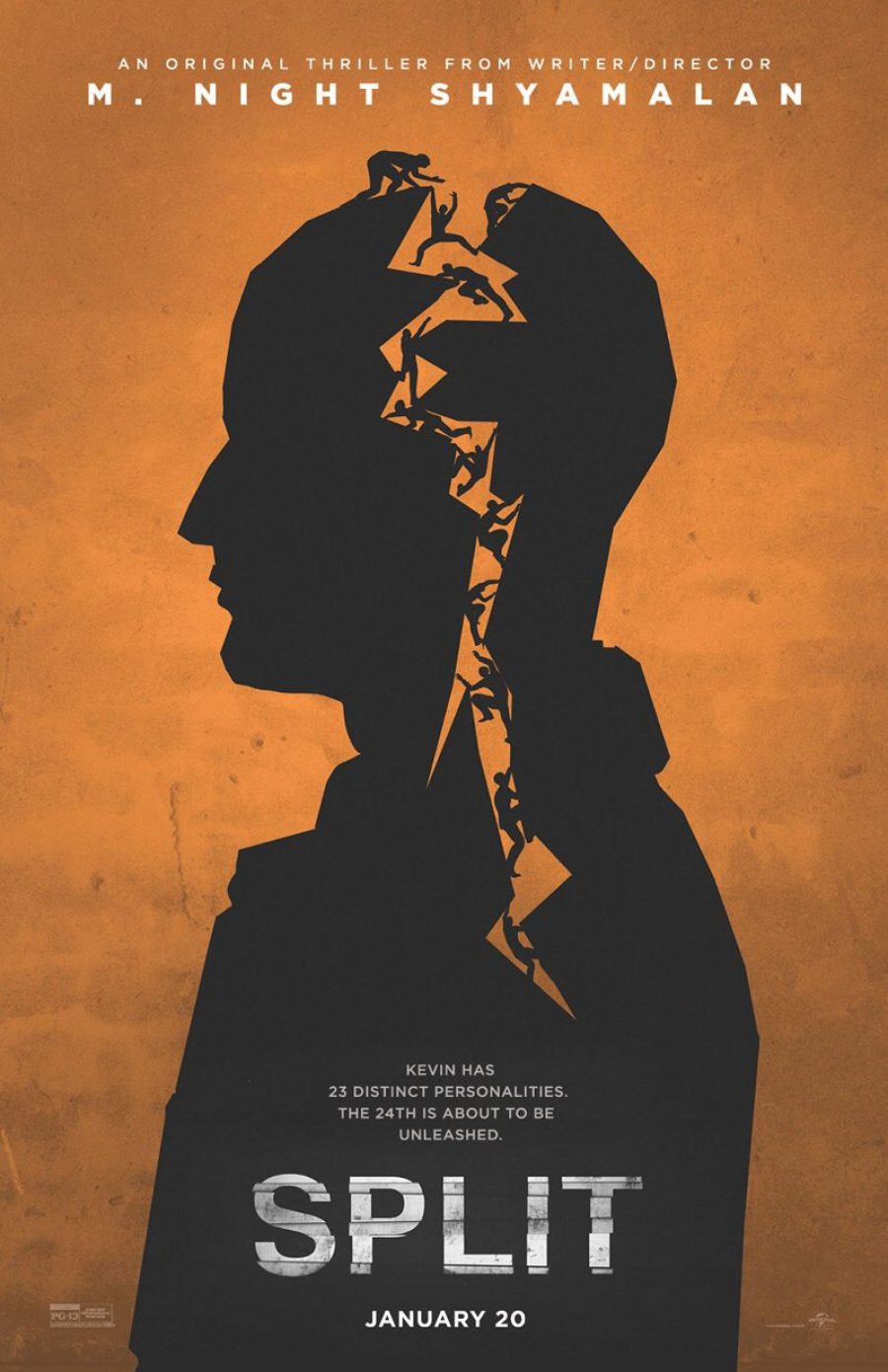 When in doubt, turn to the greats for some film poster inspiration – this creative riff on the Hitchcockian silhouette of Vertigo does justice to Shyamalan’s best film in years. 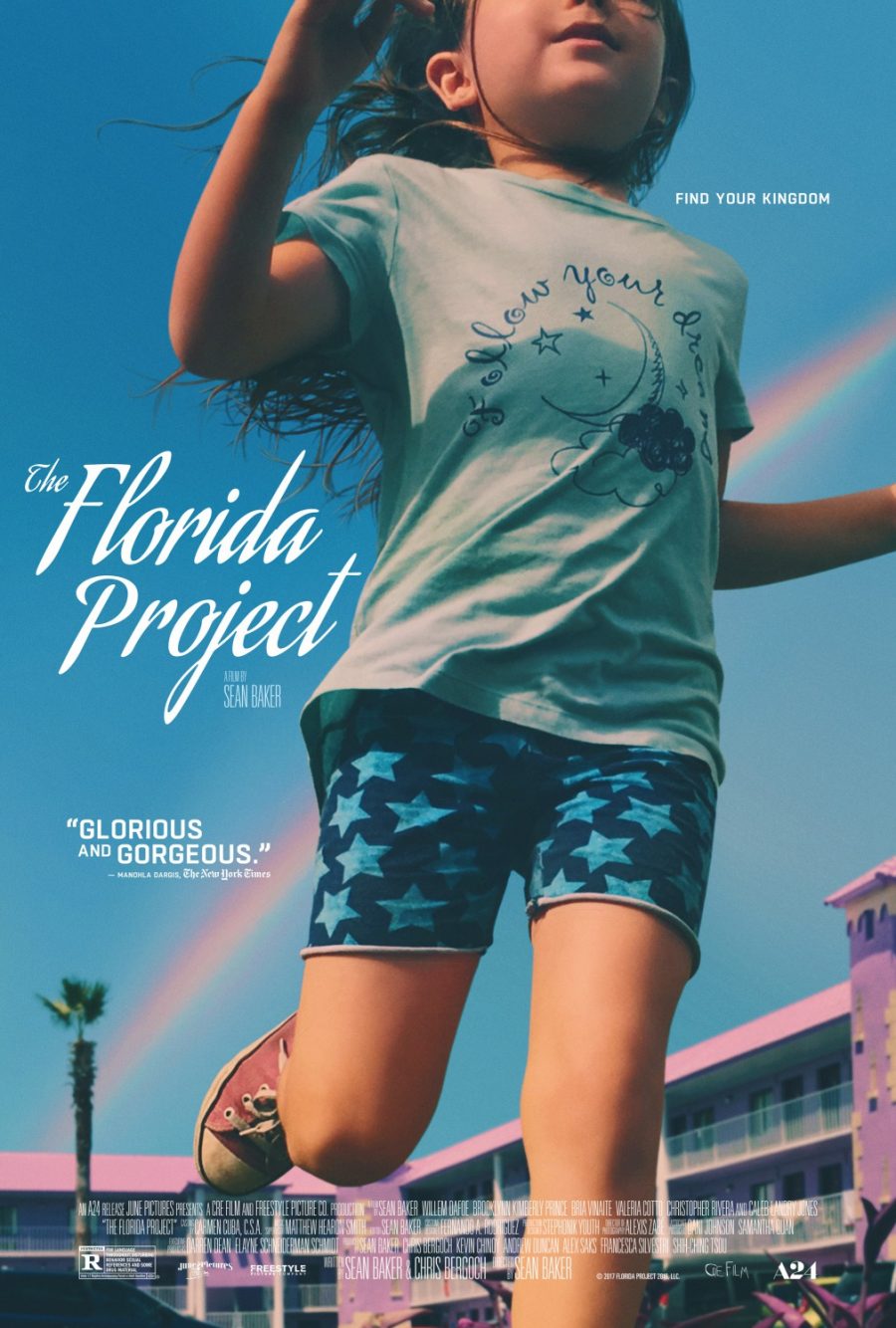 Speaking to the film’s unique sense of wonderment and candy-coloured palette, this poster for Sean Baker’s latest puts young star Brooklynn Kimberly Prince front and centre. In clashing shades of blue and pink, it shouldn’t work – but by Jove, it really does – the rainbow in the midground really ties it all together. 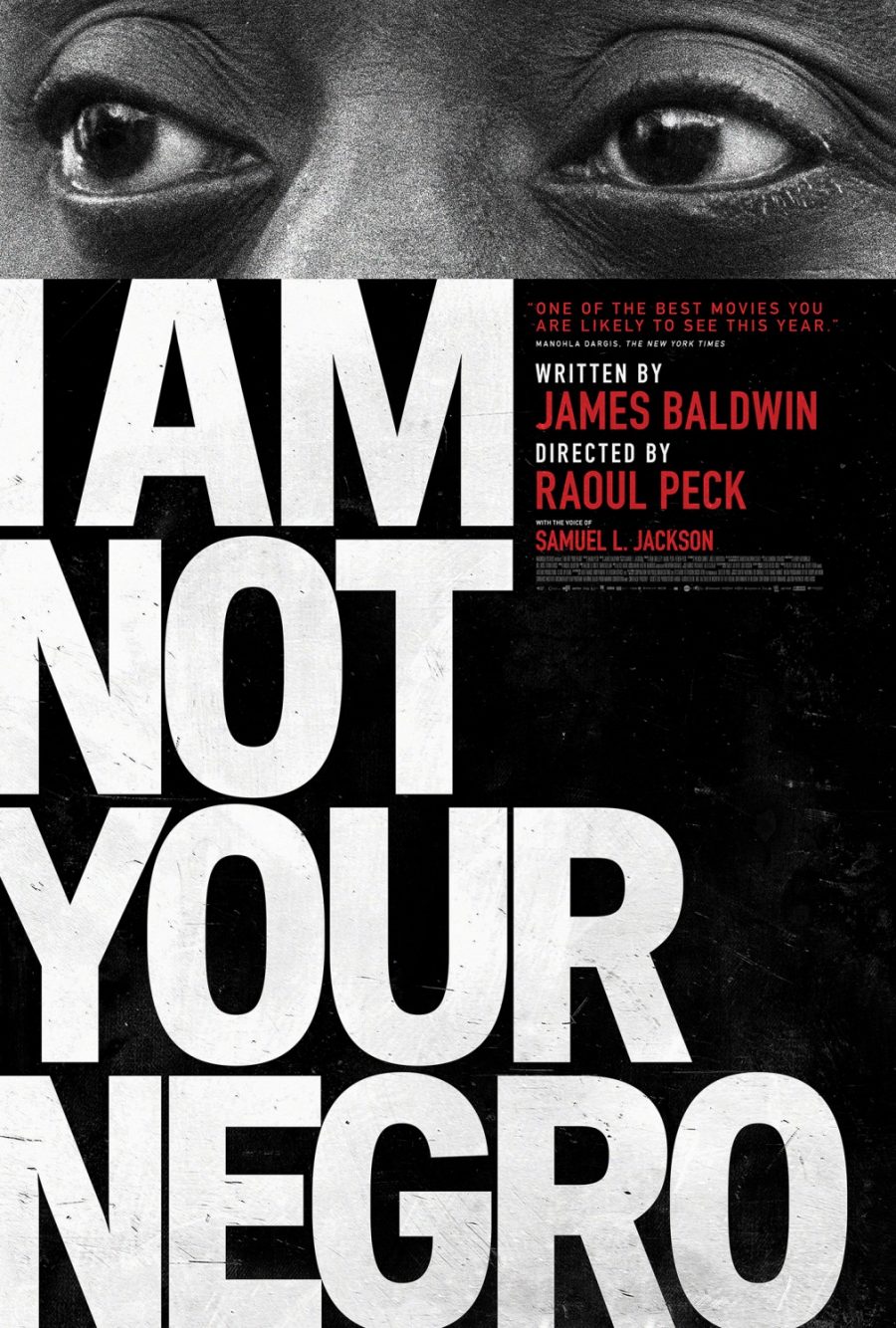 Evocative and hard to ignore, the poster for I Am Not Your Negro does justice to James Baldwin’s arresting work and incredible legacy. 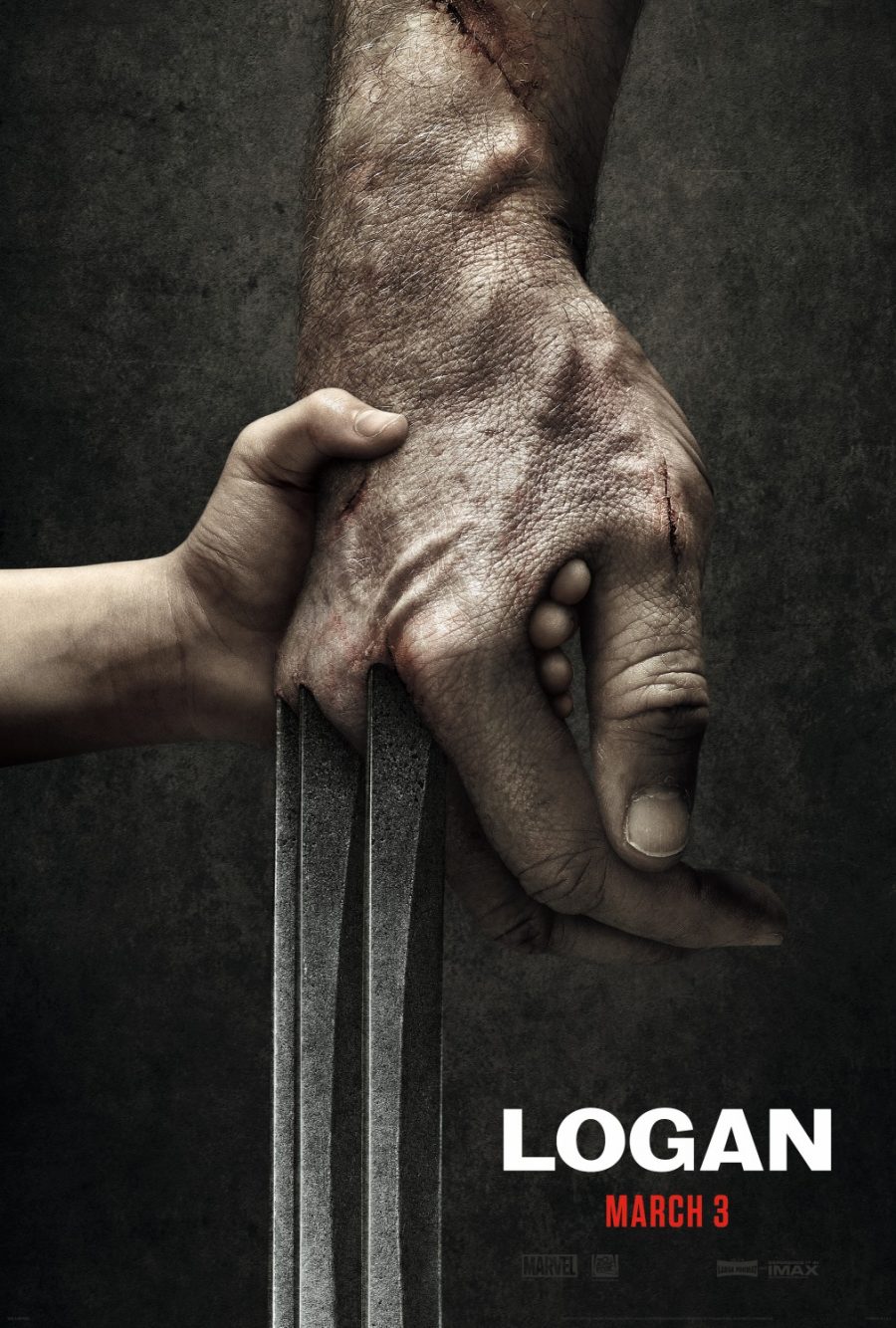 Eschewing the trend for superhero movie posters that cram as much into a frame as possible, this teaser for Logan stripped things back, and in the process, created a powerful image that encapsulated everything which made the movie such a gem. 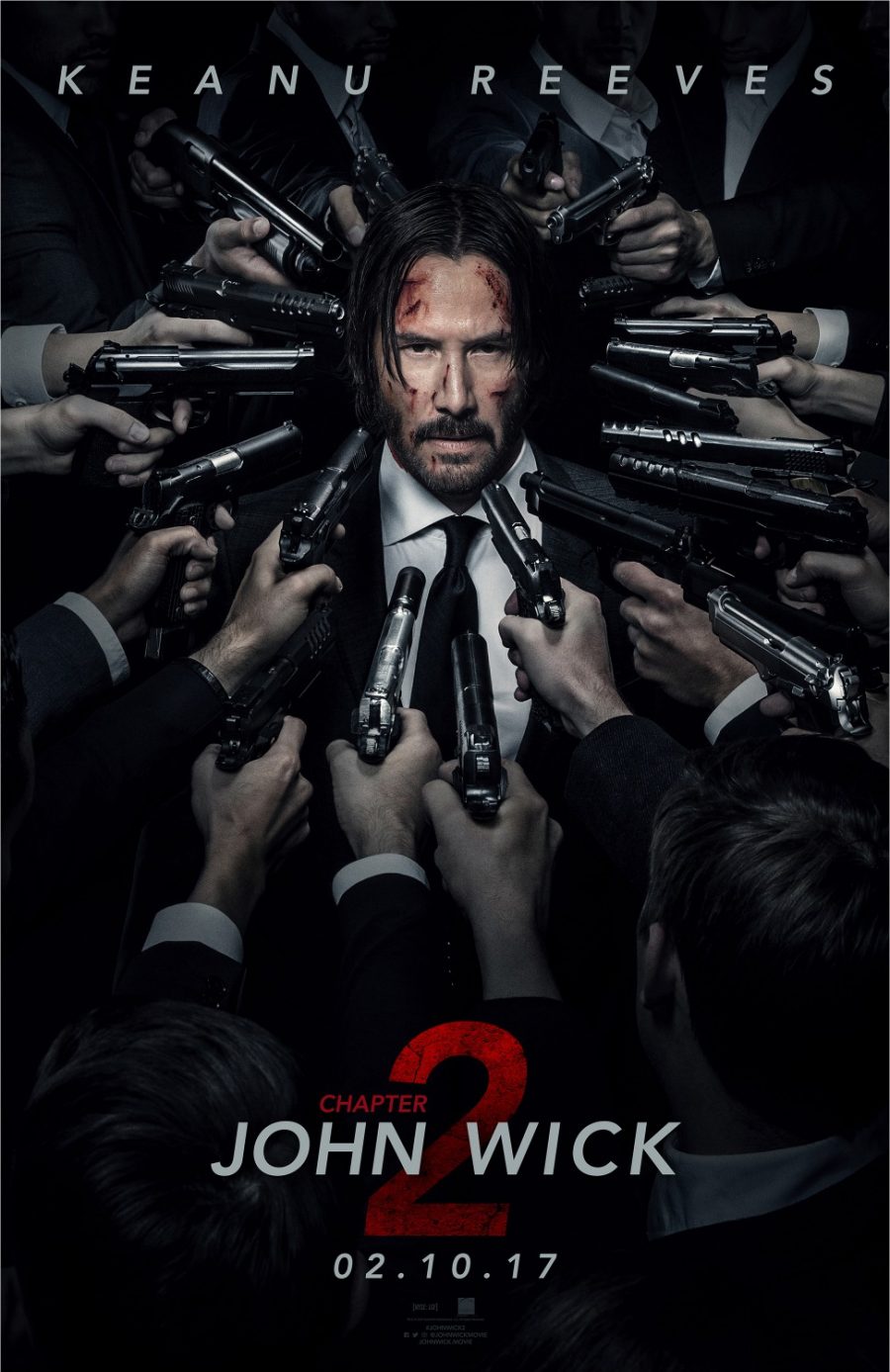 A homage to Harold Lloyd’s 1918 film Two-Gun Gussie isn’t what you’d expect to see in a John Wick 2 poster, but it’s exactly what you’d want. Giving a nod the film’s wide-ranging influences as well as implying some badassery for the next John Wick outing, it’s a triumph for the Keanu kung-fu caper. 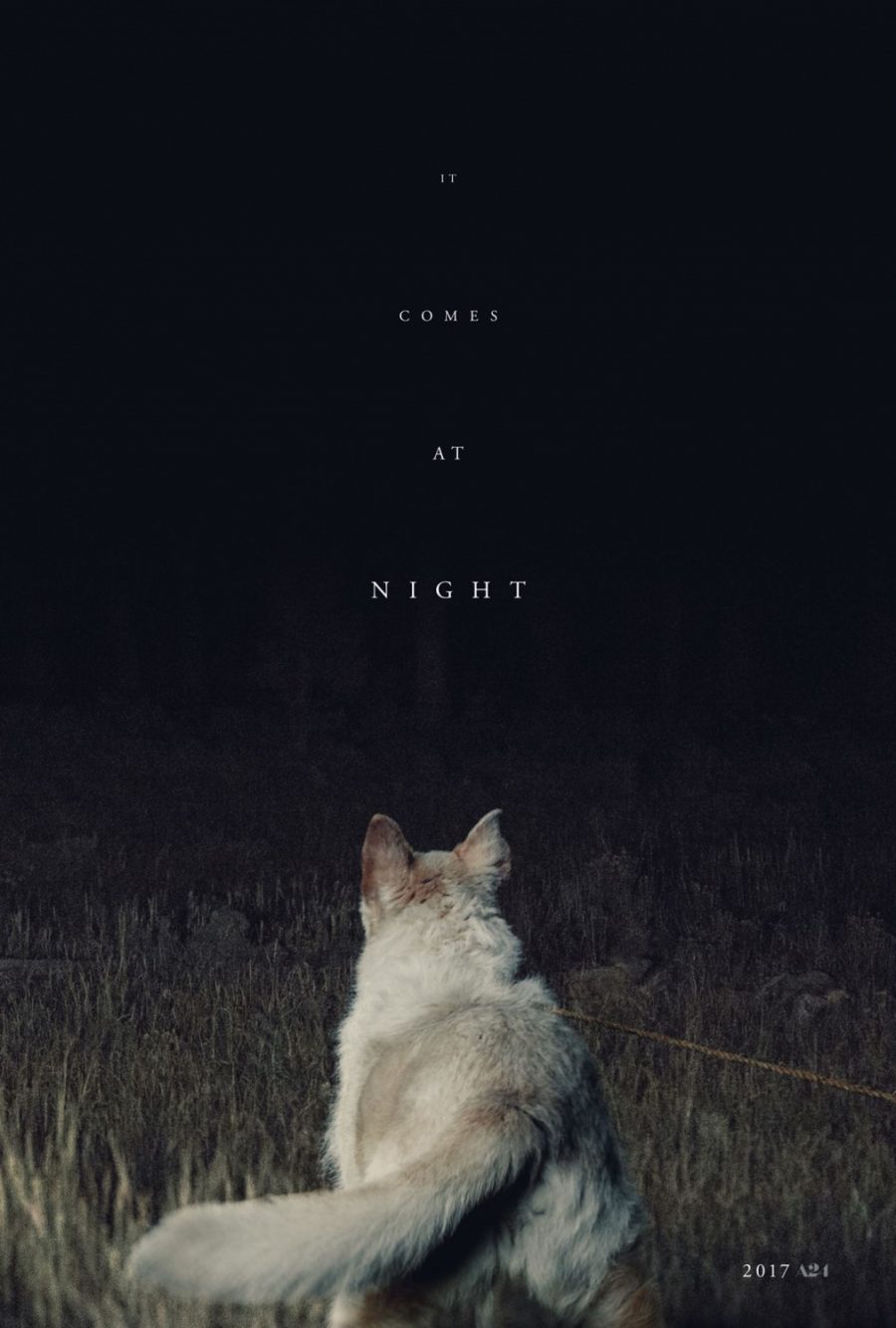 Simple, effective, and it gives very little away – this poster for It Comes at Night is a masterclass in horror film promo, from the white dog contrasting against the darkness to the staggered font. Who knew Times New Roman could be so creepy? 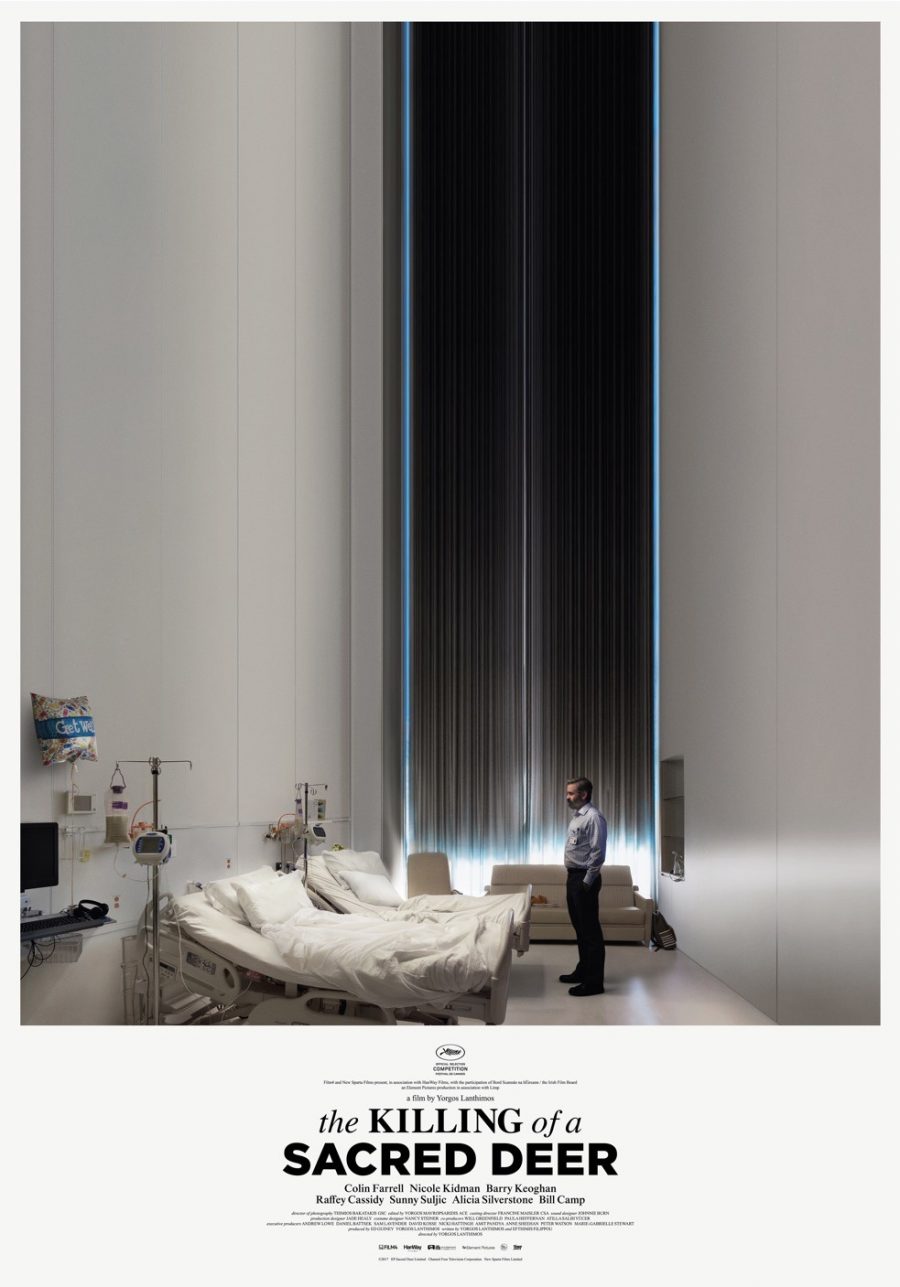 11. The Killing of a Sacred Deer

Yorgos Lanthimos is no stranger to a decent film poster or two, and this effort for The Killing of a Sacred Deer marks another triumph, giving away very little about the film’s harrowing plot, and somehow managing to make curtains look unnerving. 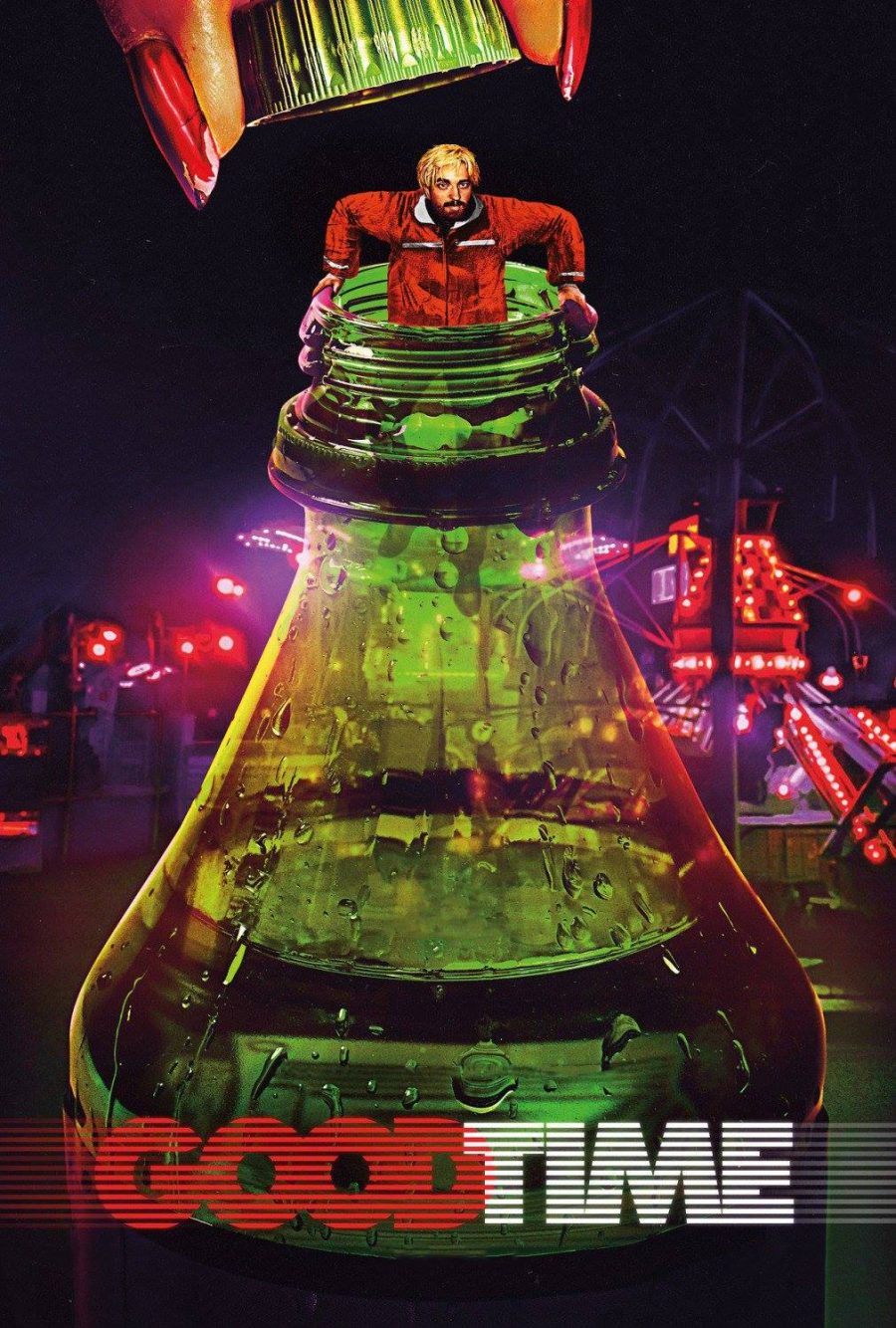 Stylised like a pulp fiction thriller from the 80s, this neon dream for the Safdie Brothers’ crime thriller is a surreal delight. Or maybe there’s just something inherently amusing about a teeny tiny Robert Pattinson. Either way, we like it. 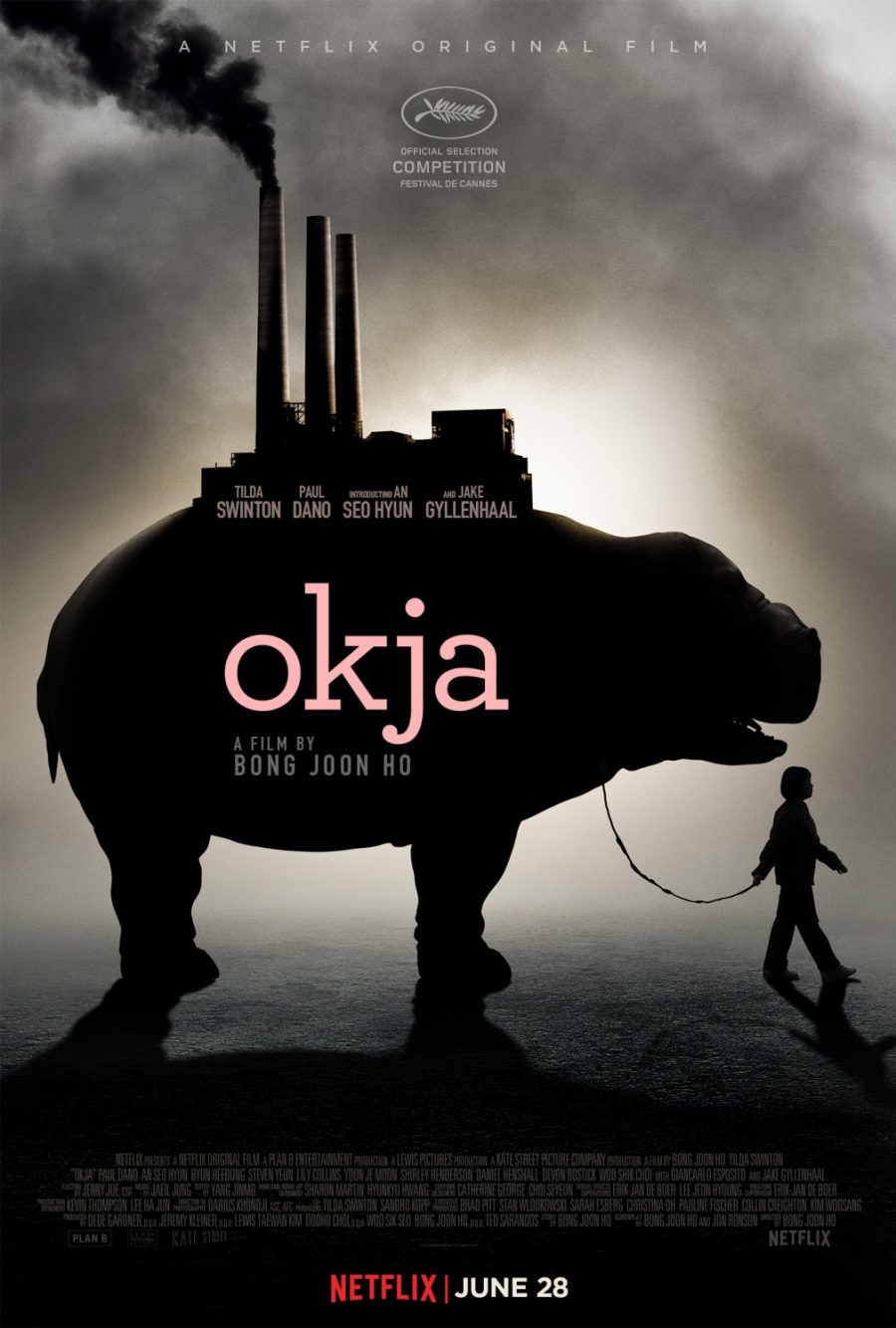 It might have caused a stir at Cannes, but Netflix’s collaboration with Bong Joon Ho certainly sold us with its creative poster design, which sees young Mija walking her beloved pet, on the shoulders of whom the world’s future rests. 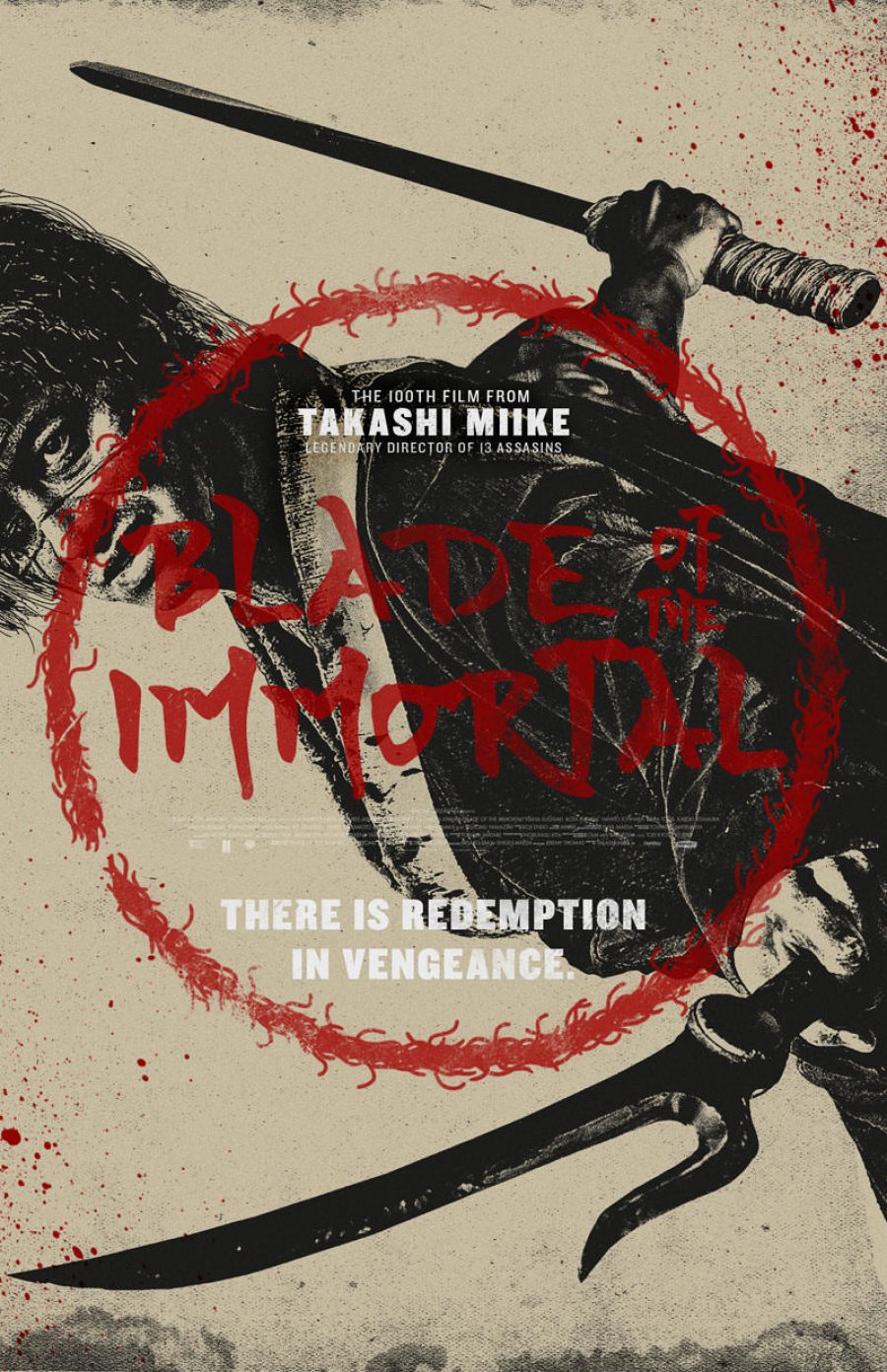 8. Blade of the Immortal

The devil works hard, but Takashi Miike works harder – as the poster states, Blade of the Immortal is his 100th film (he’s only 57, by the way) and what a poster it is. The ink-like design is a nice nod towards the film’s origins in Hiroaki Samura’s iconic manga. 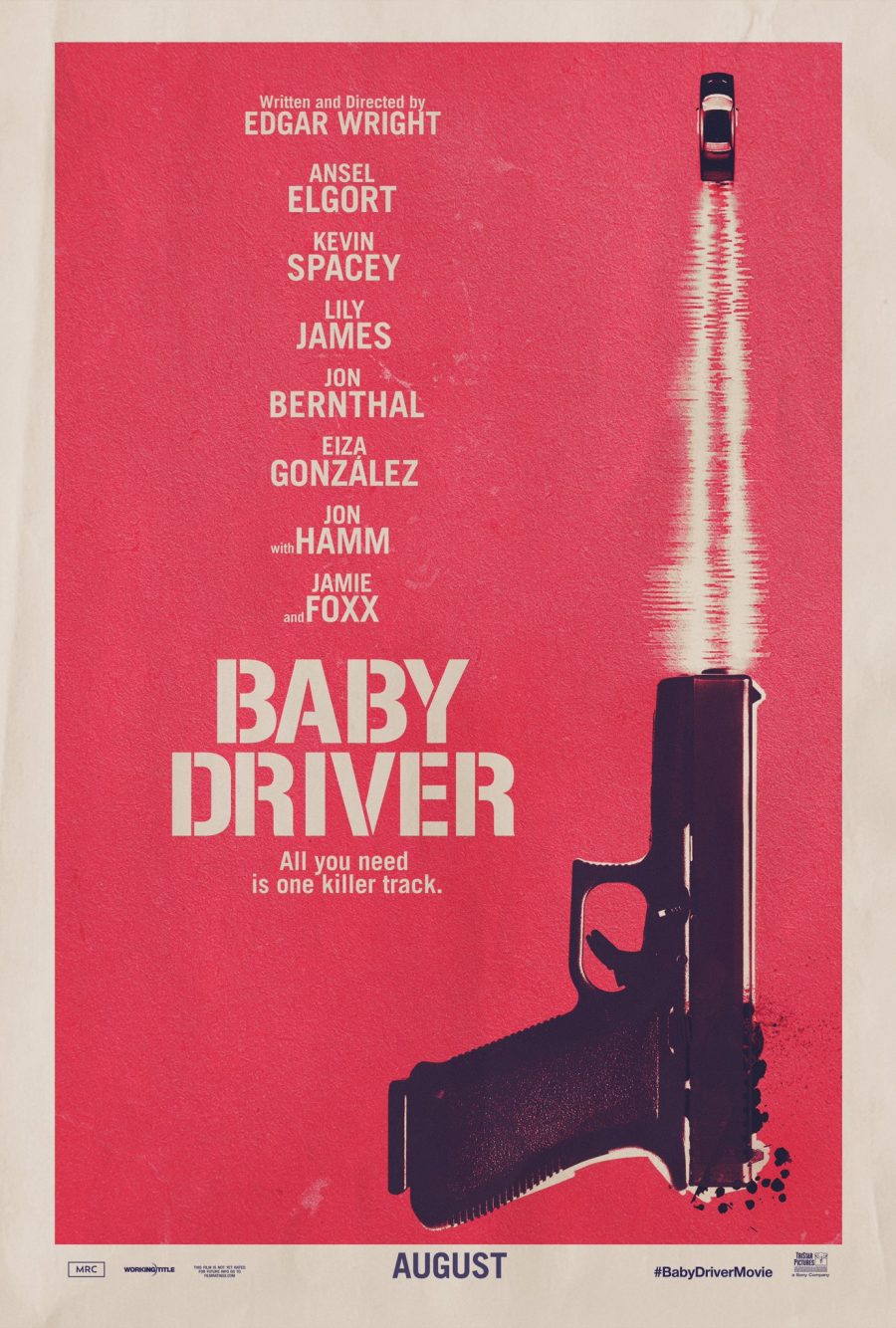 There’s so much to love about this bold teaser poster for Edgar Wright’s high-stakes crime drama, and as is usually the case with Wright, details are important – from the soundwave bursting out of the gun’s barrel to the blood splatter on the rear sight. 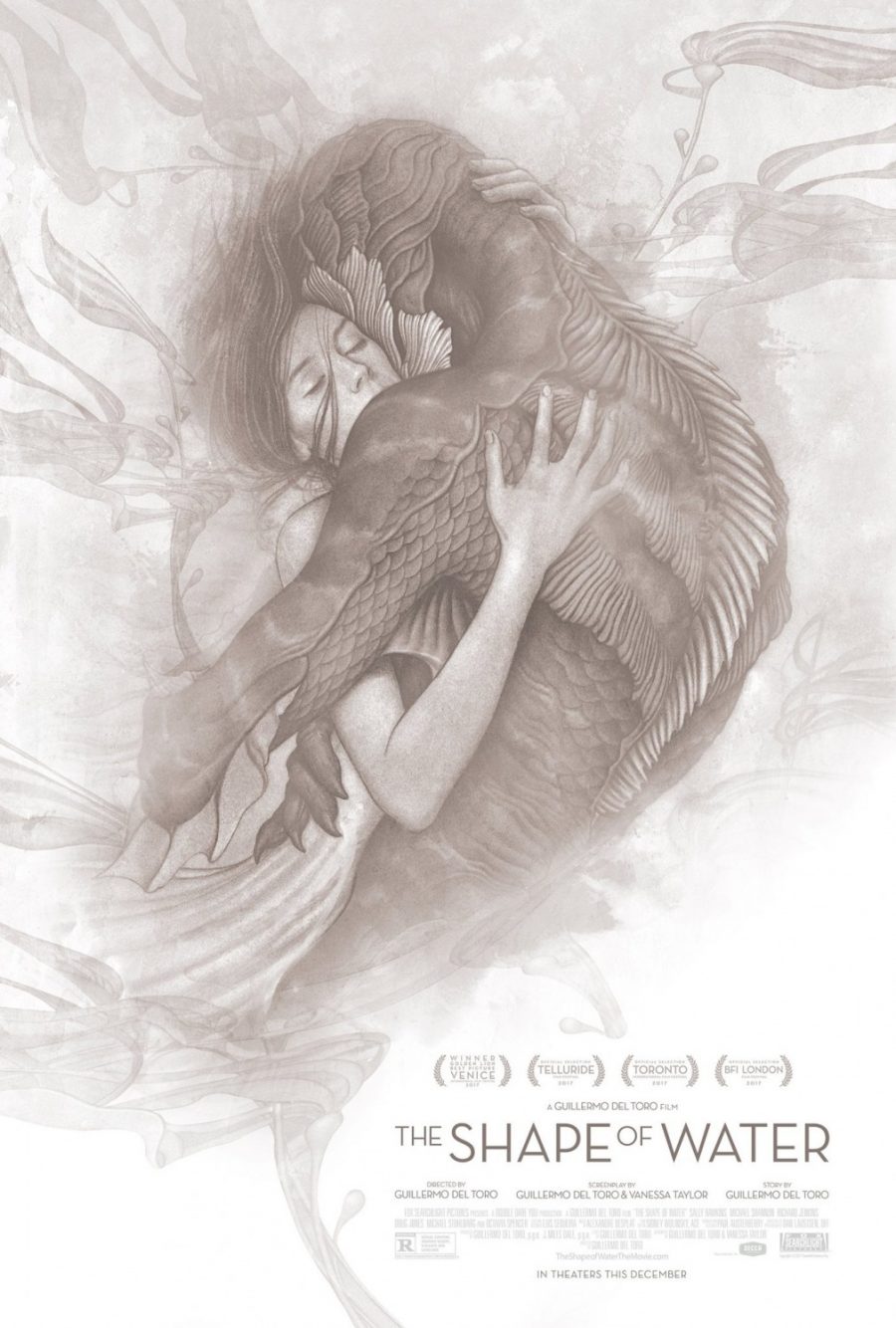 6. The Shape of Water

We’d expect nothing less than a stunning poster from the visionary Guillermo del Toro, and this effort for The Shape of Water doesn’t disappoint. The dreamy art nouveau-style illustration is as romantic and mysterious as the film itself, a beautiful rendering of the film’s fairytale quality on paper. 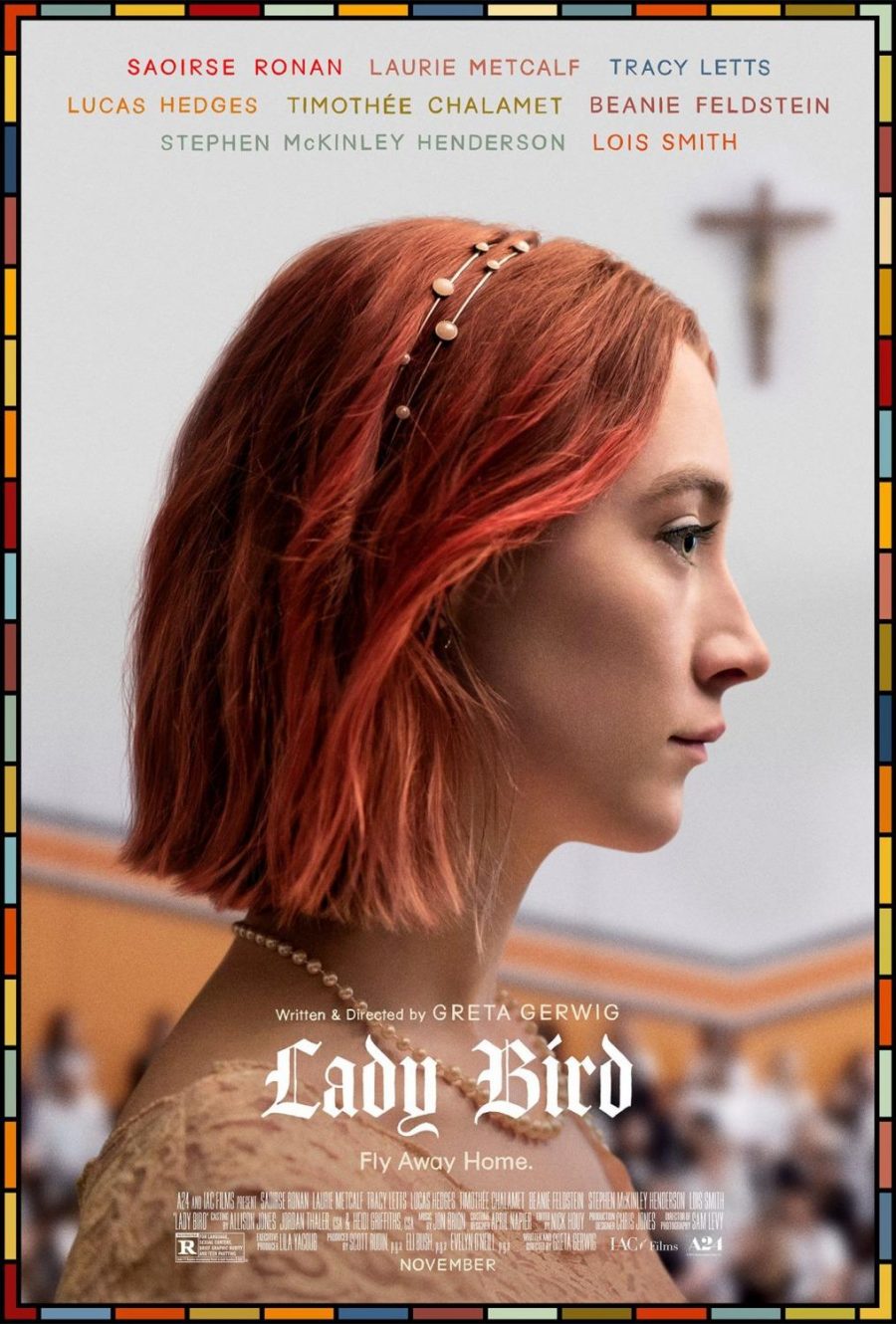 Framed liked a stained glass window in a nod to the Catholic school setting, the poster for Lady Bird is a pleasingly understated design that puts star Saoirse Ronan front and centre. It’s perhaps a bit more sombre than the film itself, but the pops of colour inject some youth. 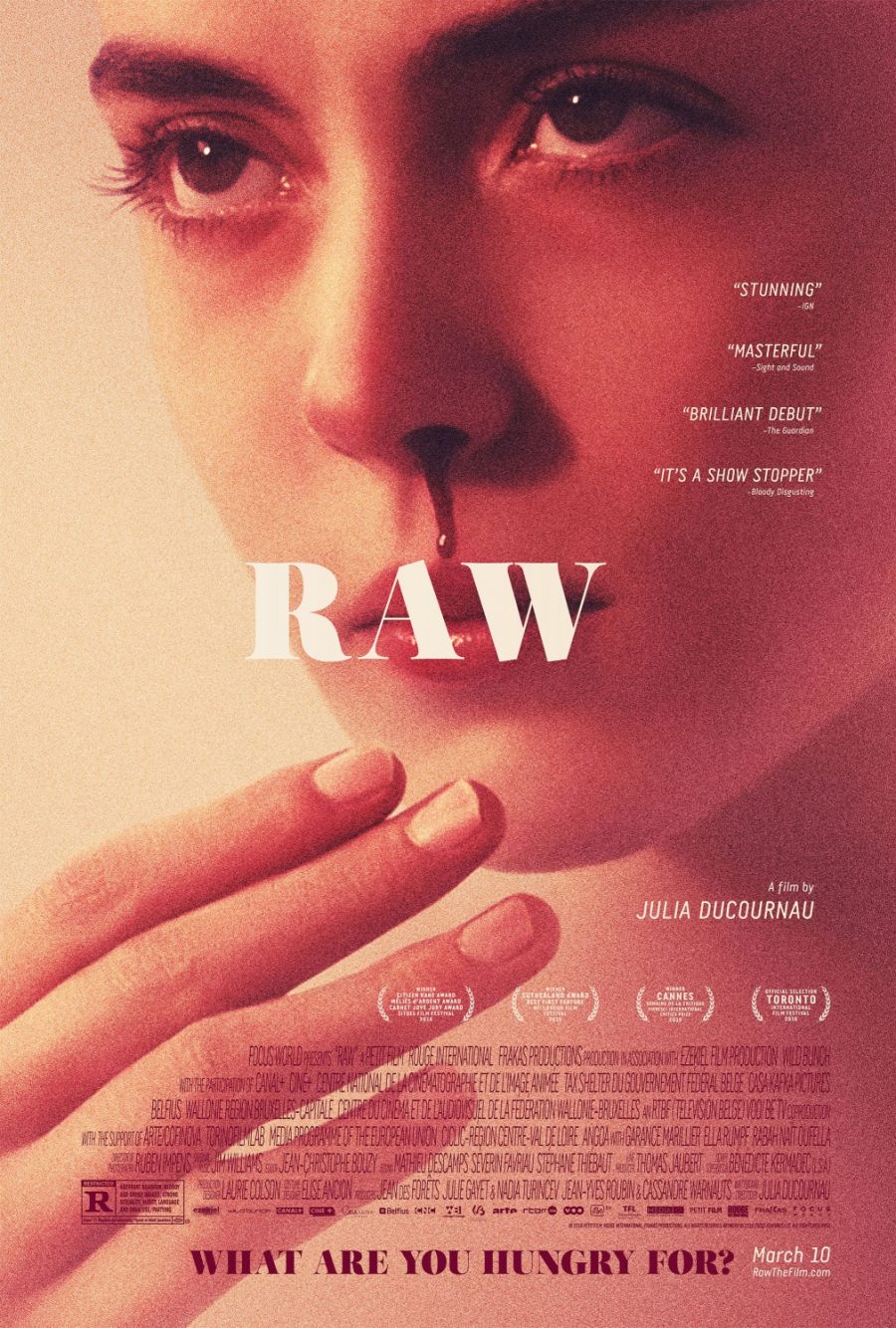 Julia Ducournau’s debut feature featuring college and cannibalism was one of the highlights of the year and had a striking poster to match, hinting at Justine’s bloodlust with more easily digestible imagery. 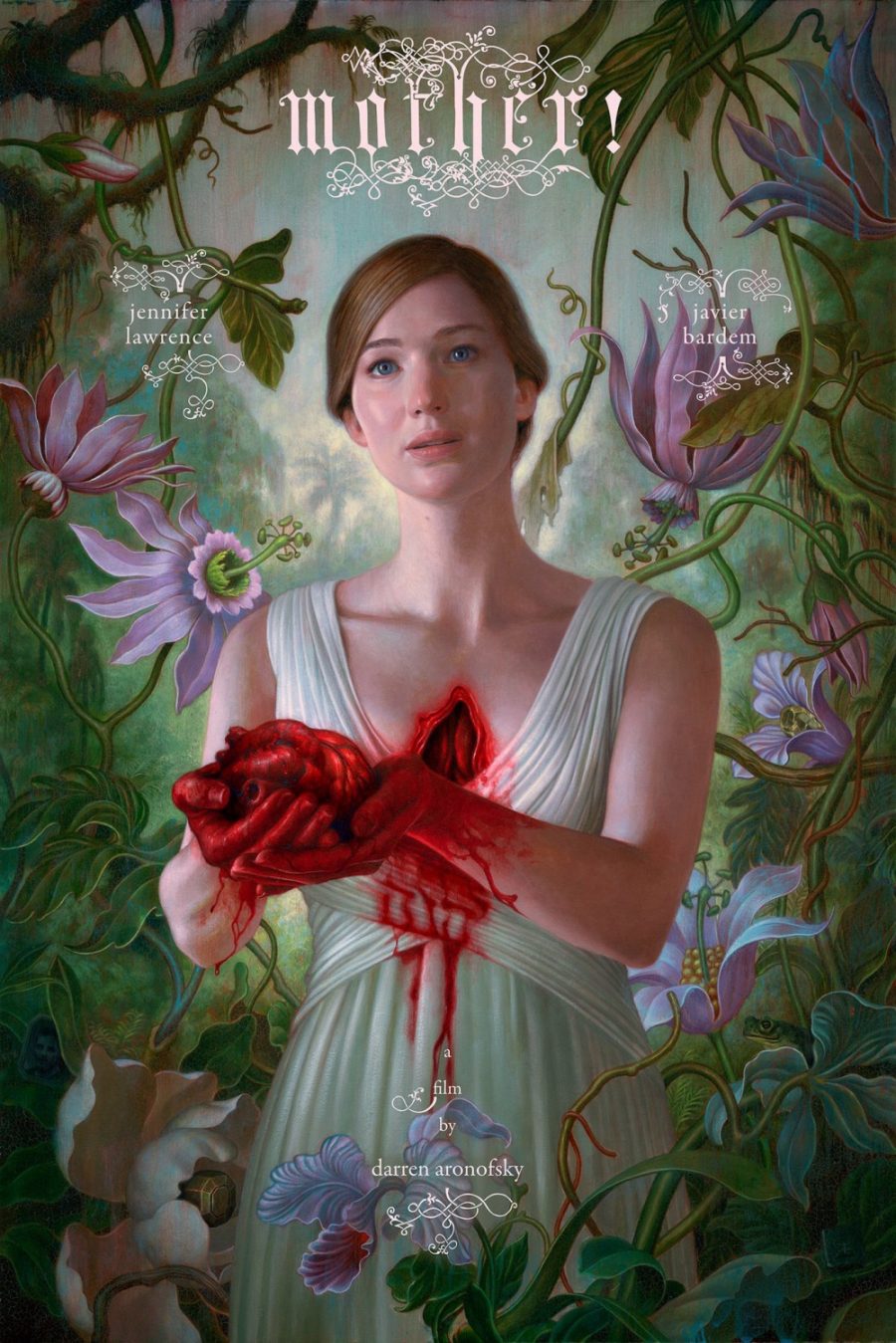 Although she slightly resembles Monkey Jesus, Jennifer Lawrence cuts quite the figure as she literally bears her heart in the poster for mother!. The film divided audiences, but it’s hard to deny the brilliance of this poster (and its Javier Bardem counterpart) which set the tone for one of the year’s most mind-bending movies. 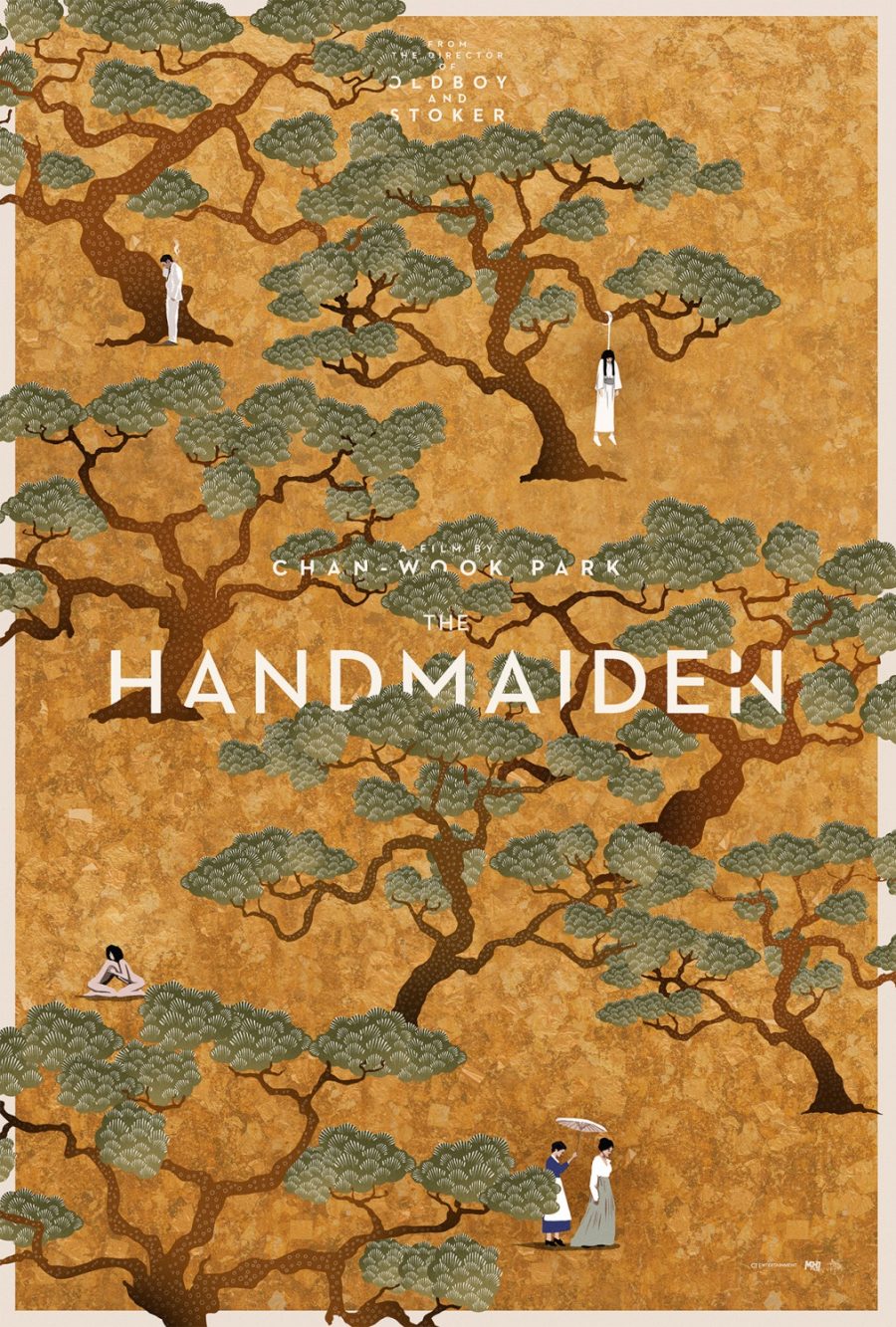 Park Chan-wook’s films tend to have pretty great artwork (see Stoker and Oldboy) but this intricate effort for The Handmaiden is something else. The tapestry design takes inspiration from classic Korean art, evoking the film’s sumptuous setting, whilst giving a glimpse of key moments within the story. It’s beautiful in its own right, and definitely something we wouldn’t mind hanging above the mantelpiece. 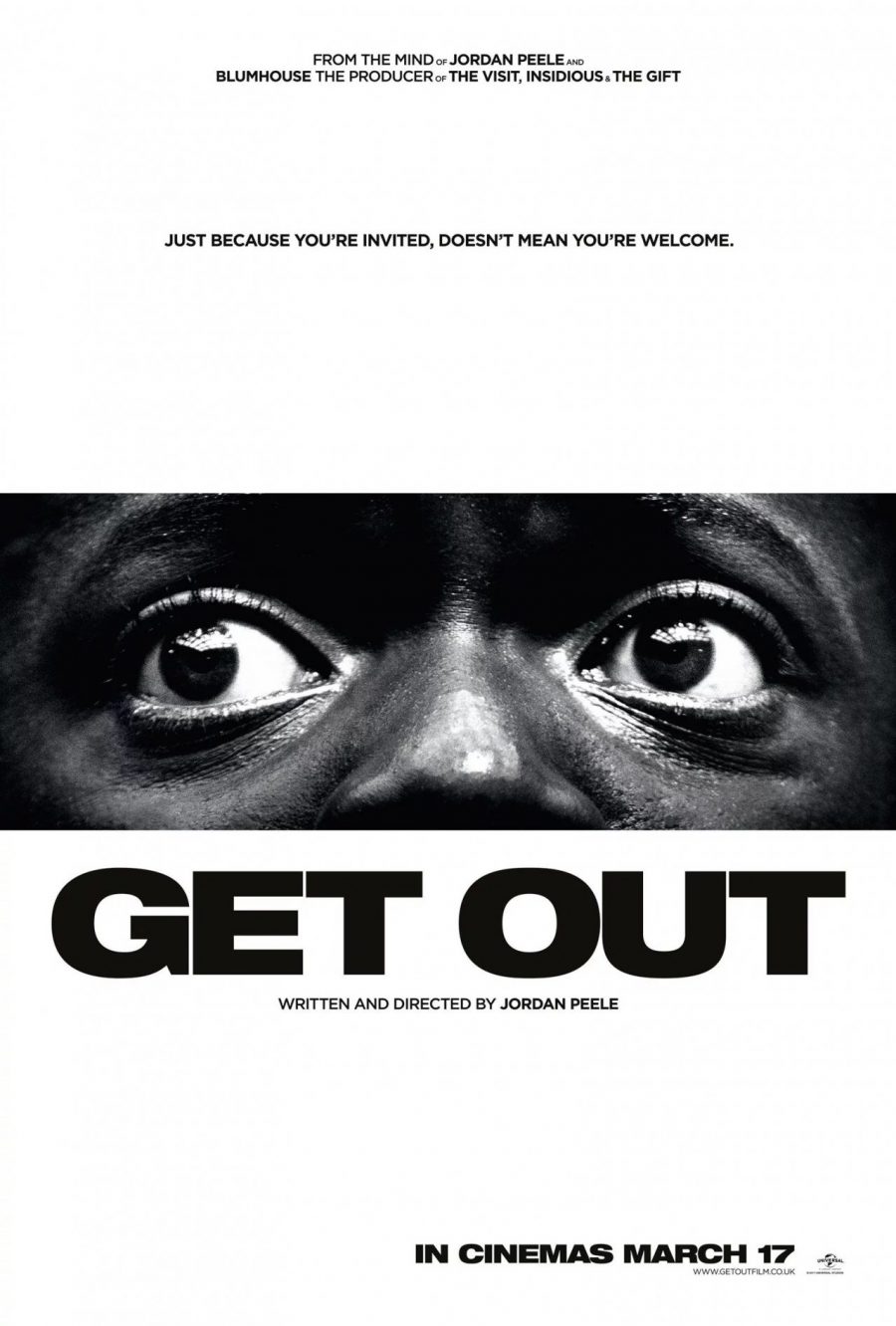 Simple, haunting, and with one of the best taglines in modern memory, the poster for Jordan Peele’s directorial debut will go down in movie poster history as one of the greats. A slick, understated black and white production that looks like nothing else we’ve seen this year, the fear in Daniel Kaluuya’s eyes stays with you – much like Shelley Duvall’s expression in the iconic poster for The Shining. 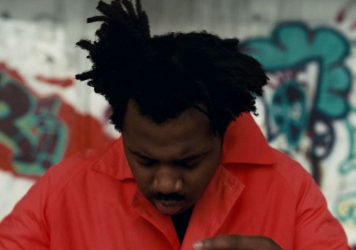