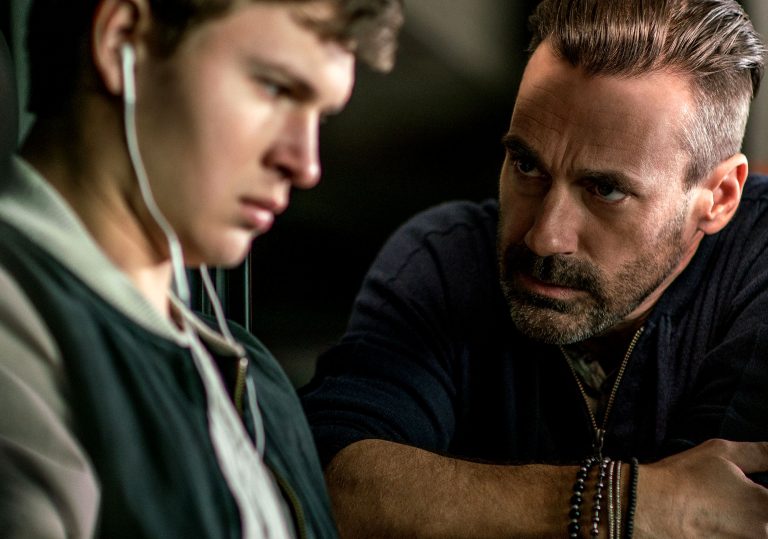 Movie geeks get their motors revving at the mere mention of Edgar Wright’s name.

A glorious joyride, even if it threatens to run out of gas near the end of the road.

The adrenaline high of this clean getaway lasts for days.

But even though complicit criminal Baby (EDM wunderkind Ansel Elgort, suddenly a bona fide movie star) fancies himself a moral isolationist like scorpion-jacketed Gosling before him, he’s anything but a copy of a copy of a copy. He stands apart by directly embodying Wright’s exuberant creative vision, the ultimate negotiation of the music video and narrative cinema forms. And as a pop-culture magpie bound to a world he escapes by reimagining it as pure entertainment, he might just embody Wright himself as well.

Never without the rotation of iPods he uses to drown out the whine of his tinnitus (a souvenir from the boyhood car crash that claimed his parents’ lives, a lead-footed symbol), Baby moves through his life like a musical – if that musical was Jacques Demy’s The Fast and the Furious: Tokyo Drift. Rounding curves right in time with a platinum-plated soundtrack, Baby stands in as an instrument with which Wright can convert something as simple as a walk down the street or as complex as a three-phase chase scene into an elaborate production number. 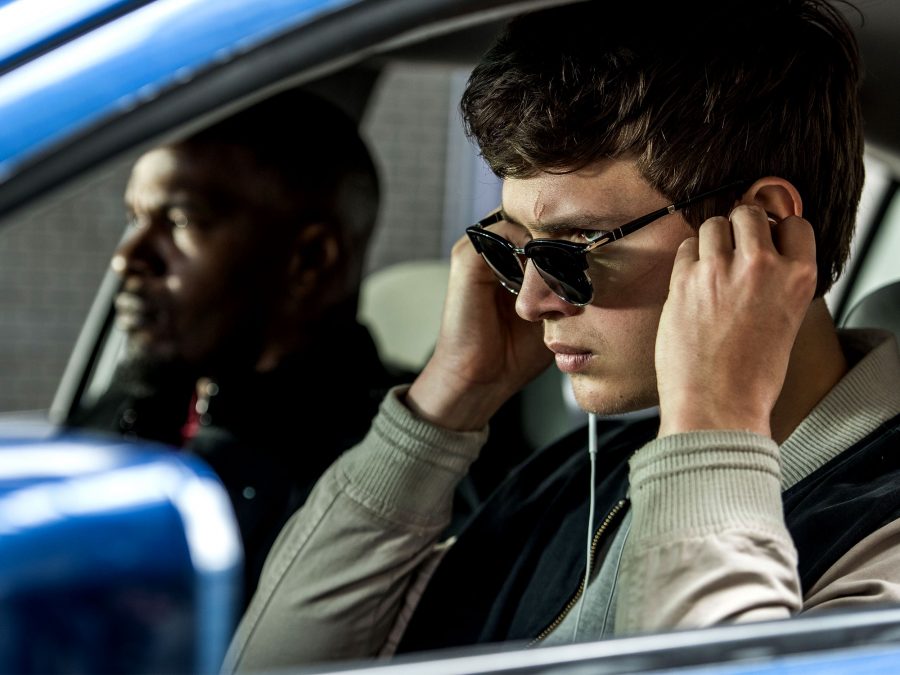 The film joins Baby just as he’s finished paying off a year-long debt to a no-nonsense drug baron (Kevin Spacey, improbably but wonderfully), his head swimming with ’70s funk hits and dreams of running away with his waitress girlfriend Deborah (Lily James).

Going straight proves more complicated than they could’ve anticipated, and what begins as a carsploitation thriller gradually skids into a Manichaean showdown between our man and an array of psychopathic crooks including a demonic Jon Hamm and a powder-keg Jamie Foxx. There’s a bit of grinding as the film shifts gears, but the pitiless drag-down brutality of the protracted climax mostly compensates for any feeling of lopsidedness.

It’s a visceral privilege to join Wright as he revels in the sheer bliss of screen kineticism, with Baby’s slightly pat grief narrative a tolerable respite for breath-catching between rollicking displays of technical firepower. And true to form, Wright shoehorns in enough amusing visual curlicues and pop ephemera in-jokes (a Paul Williams cameo here, a Buster Keaton-caliber physical sight gag there) to delight the cult that sprang up around his rightly vaunted Three Flavours Cornetto trilogy.

But even as Wright outlines the therapeutic powers and developmental limits of esoterica obsession, the film’s chief pleasures remain immediate, generous and overflowing. We’re blessed to be along for the ride.

Movie geeks get their motors revving at the mere mention of Edgar Wright’s name.

A glorious joyride, even if it threatens to run out of gas near the end of the road.

The adrenaline high of this clean getaway lasts for days. 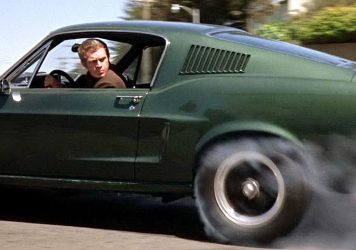