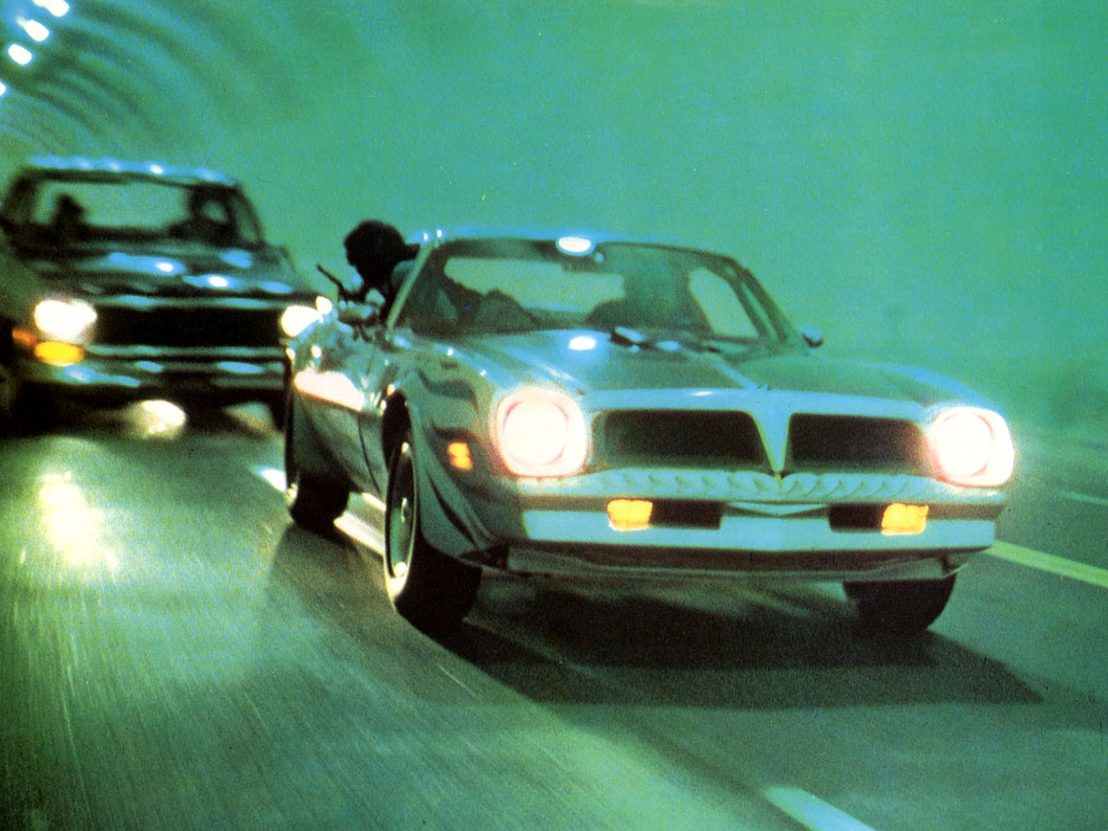 There are few purer joys in cinema than a well-choreographed car chase. The screech of metal on metal, the plume of exhaust smoke, the crunch of gear changes. Such sequences have become the keystone of modern action films, a set-piece as familiar as the three-act structure. Nowhere is the car chase more finely tuned than in Walter Hill’s understated 1978 crime noir The Driver, which ushered in the use of high-octane pursuits and set the course for future filmmakers.

Hill’s car-noir opens with a silent, enigmatic driver (Ryan O’Neal) speeding through a deserted multi-storey car park. He emerges onto a Los Angeles boulevard, pulls up outside a casino, and opens the back doors of his Ford. Two masked thieves sprint from the building, shouldering bags of money, and dive into the open car. The Driver speeds off into the LA night, studying his rear-view mirror for the first flicker of red and blue. His hands grip the wheel like a frontiersman holds his reigns, and he never utters a sound. He is, in the words of the corrupt detective forever caught in his slipstream, the ‘cowboy that’s never been caught.’

A work of cinematic minimalism, more a study of a city than its people, The Driver established itself as a watershed moment in crime noir without pandering to tropes or cliché. Although opening with a smoky gambling den and an enigmatic woman on the periphery (Isabelle Adjani), Hill quickly switches lanes away from the recognisable landscape of film noir and heads for cheap motels, abandoned warehouses and nearly deserted streets.

This overall mood is bolstered by Phillip Lathrop’s cinematography, whose washed-out colour palette paints the city with the same grit and severity of the Driver navigating it. The city’s languid portrayal is at odds with the frenetic, pell-mell nature of the film’s signature car chases, where POV shots and quick-cuts make for some of cinema’s finest chase sequences.

The story follows the eponymous protagonist, a silent getaway driver, who lends his skills to criminals across Los Angeles. Bruce Dern plays the sleazy, blackmailing detective to whom The Driver is the ultimate catch, going so far as to blackmail a local crime outfit to hire The Driver in order to sting him. Isabelle Adjani, credited only as The Player, witnesses The Driver during the opening robbery and becomes his only chance of an alibi, though The Detective attempts to coerce her into aiding his own mission to arrest him.

With not a single named character, Hill’s noir is populated with monikers and soubriquets all reminiscent of Prohibition-era gangsters, a world ruled by people all vying for the same cocktail of money and power. Ryan O’Neal’s taciturn, ice-cold lead performance, itself an extension of Hill’s subdued aesthetic, also ushered in a new era of moody male machismo. His occasional outbursts of violence, always hand-to hand (“I told you. I don’t like guns”), are the few opportunities offered by Hill to see beyond the brawny façade of his protagonist. O’Neal keeps the doors firmly locked on his character’s psyche, instead allowing his spartan existence of cheap overnight rooms and absent companionship to colour his profile.

Ryan Gosling’s similarly nameless turn in Nicholas Winding Refn’s Drive, a spiritual successor to Hill’s film, combines the quiet charisma of O’Neal with the stoicism of Alain Delon in Jean-Pierre Melville’s Le Samouraï. Similarly, Edgar Wright’s new film Baby Driver continues Hill’s established precedent of a sullen male lead whose apparent vocation is a firm grip on a steering wheel with a mile of asphalt before him. Both films speak back to Hill’s low-key riff on film noir, adding their own stylistic flair to what has ultimately become an evergreen formula for crime films.

Hill’s film effectively shaped the genre where noir meets car, and turned the cinematic car-chase into the ultimate art form. With an iconic turn from Ryan O’Neal, pursued by a corrupt and arrogant Bruce Dern, Walter Hill’s The Driver bundled the tired trends of film noir into the trunk of a Ford Galaxie 500 and headed straight for the highway – leaving formulaic crime and exaggerated cinema in a perpetual dust cloud.