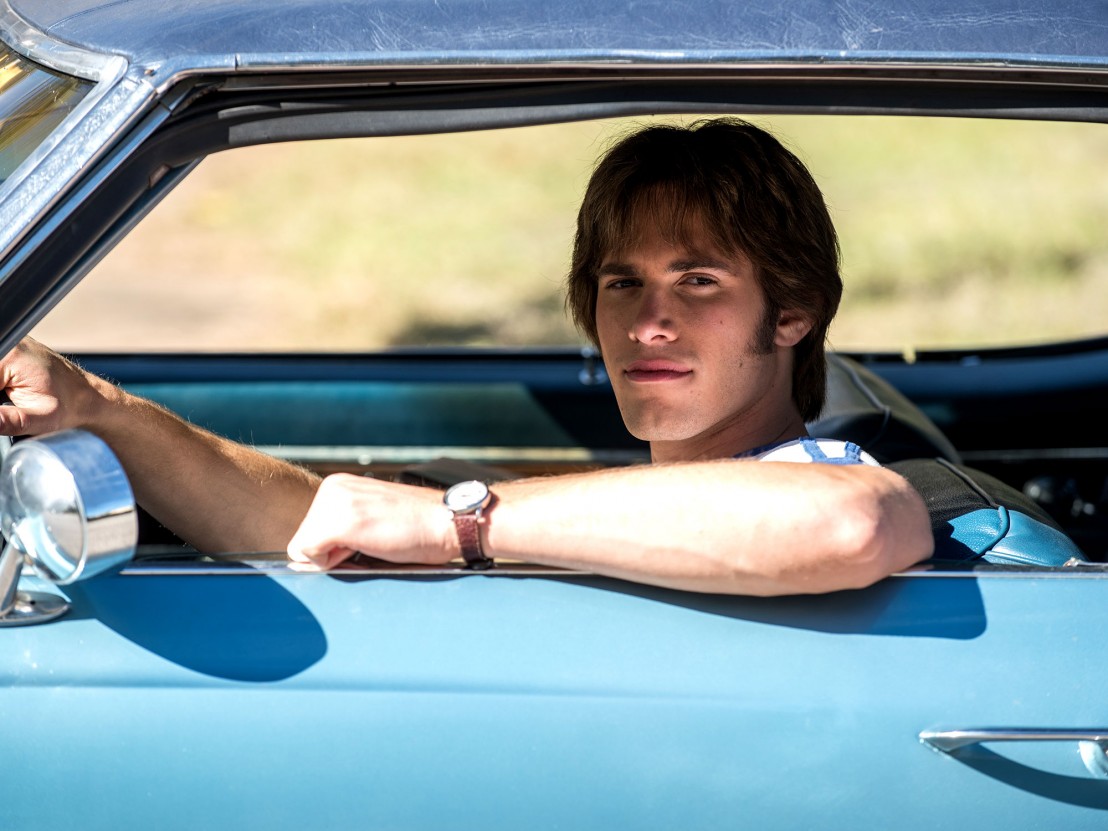 In the freewheeling world of Richard Linklater, cars not only transport character from A to B, they showcase mixtapes and spark life-changing conversations along the way. Fuelled by this philosophy, Everybody Wants Some!! zooms in on a car stereo blasting ‘My Sharona’ for its opening shot. This introduction sees Jake (Blake Jenner) drive from his hometown to start college – his vinyl collection neatly stacked on the seat backseat, on the freeway to independence.

Linklater’s films romanticise the open road. They celebrate the journey, not the destination, and naturally that entails hitching a ride. With Everybody Wants Some!! revving its engine for theatrical release, here’s a chronological cruise through the writer/director’s career-long obsession with cars. Buckle up.

Slacker’s sprawling structure unravels with Linklater playing a guy credited as ‘Should have stayed at bus station’. In a film of oddballs spouting interior monologues, Linklater does so in the backseat of a taxi where such behaviour is tolerated. In the four-minute fixed shot, there are three things to watch: the driver’s feigned interest, Linklater’s semaphore hand gestures, and Austin passing by through the windows. Forget Hamlet’s “To be, or not to be” soliloquy; drama students should memorise Linklater’s “one time, I had lunch with Tolstoy” ramble.

According to Linklater, the initial premise for Dazed and Confused was a story set over the course of one night, told entirely from inside a car. That’s still apparent in the film’s playful intercuts between pre-party rides, and a soundtrack that cost a sixth of the budget to ensure McConaughey and others look impossibly cool behind the steering wheel. Young Mitch though, separated from his clique, succumbs to peer pressure by chucking a bowling ball through a stranger’s windshield, and then helps the older guys steal booze. His takeaway? A lift in the senior students’ Pontiac equates to sitting on the cool kids’ table at the cafeteria.

The visual style of SubUrbia, an angry meditation on arrested development, is the setting of a supermarket car park and the bored youths who won’t leave. Customers drive in and drive off, but the central characters – still in their hometown, unsure about the future – loiter around the bins past midnight. Giovanni Ribisi has to raise his voice for the “nothing ever changes” monologue to be heard over the traffic, but he’s interrupted anyway – Steve Zahn very loudly chases a passing convertible full of hollering women.

Even if Linklater doesn’t share Alex Jones’ libertarian beliefs, the director of Slacker is understandably a sucker for someone compelled to rant at length – especially if it’s behind the wheel. Rotoscoped to full wooziness, Jones drives around a block while amplifying his politics on a megaphone to absent pedestrians. His anger bubbles, and the wavy animation suggests the car might crash, but ultimately it’s just a loudmouth babbling in the sanctuary of his vehicle. As his skin turns red, it’s like a more poetic, colourful form of road rage.

Jack Black’s infectious appeal in a nutshell is him belting out Led Zeppelin’s ‘The Immigrant Song’ to a car full of his students. The track itself is vital – Black implored the Zepp onstage for licensing – because only a certain type of hard rock strikes the right key on the road, and it involves screaming, “Aaa-eee-aaaa-aaah.” If you pause Black’s grin at the right moment, it’s the same crazed face Jack Nicholson makes in The Shining. And the childlike exuberance is relatable: the driver gets to be the DJ and the karaoke star. It’s like singing in the shower – except there’s an audience and you get to wear clothes.

Nine years after Before Sunrise, Céline and Jesse’s reunion in Paris plays out in real time, often at a literal walking pace. Outdoors in public they harmlessly joke and flirt, but the tension revs up in a taxi ride doubling as a countdown: the will-they-won’t-they conundrum must be solved before they’re dropped off. Cocooned on the back seat, they drop the smiles and dare to admit they’ve been chasing the highs of that night in Vienna. Whatever it is about this particular vehicle that encourages such intimacy, it’s presumably not the driver who’s lucky enough to eavesdrop on such dramatic passengers.

Let’s assume Linklater’s motivation for this remake was the poster-ready image of Billy Bob Thornton in a convertible with his baseball team squeezed into the back. As with the 1976 original starring Walter Matthau, the stacked kids are a Jenga-style health hazard, and Linklater applies slapstick humour when one of them flies off a seat into a soft bush. The lesson here isn’t about seatbelts; Thornton warns, “Don’t lean against the door.”

“Don’t take the car – you’ll kill yourself.” This line, said mockingly by Robert Downey Jr, is a nod to a drunk-driving PSA, but it’s emblematic of the thriller’s ongoing paranoia. On the many occasions these guys – boozed-up, high on Substance D – hit the road, it’s in the back of the viewer’s mind that something will go wrong. In fact, Rory Cochrane daydreams when behind the wheel that he’s hauled over by a police car and shot in the head. Why is a cockroach flung against the windshield? Because you need to justify the painstaking rotoscoping somehow.

The opening text asks, “Who is Bernie?” The answer follows with Jack Black, as Bernie, cruising along an empty road and singing a (really catchy) hymn called ‘Love Lifted Me’ – not exactly the Led Zeppelin karaoke of School of Rock. More subtle is the scene’s introduction of Bernie’s hometown. As he drives and your focus is on his awful moustache, through the adjacent window is a glimpse of the tight-knit community that will later stick up for him.

The opening of this catch-up with Jesse and Céline is 12 minutes of them driving home, practically on autopilot, with sleeping children as literal baggage in the backseat. In a fixed shot, without any music or the spark we once witnessed, they’re just an exhausted couple ignoring the usual roadside views. They joke around a little, but suddenly she wonders aloud if they’re in a metaphorical cul-de-sac. During all this, the camera angle emphasises the claustrophobia, their chess-game body language, and his ability to eat an apple while steering the wheel.

With its toing and froing, Boyhood is a 12-year collection of car journeys. There’s Ethan Hawke unveiling The Beatles’ ‘Black Album’, the Everybody Wants Some!! precursor of Mason driving to college, and so much more. The integral ride is early on when Hawke hits the brake to ask his children to talk, and they conclude it should happen organically. As the film progresses, the road trip conversations become more natural, and even heavy traffic produces magic. So much so, Mason is understandably furious to learn his father sold the vehicle and all the memories attached to it. We see Mason inheriting a gun from his relatives; he wanted the car.

When the gang spit through verse after verse of ‘Rapper’s Delight’, there’s plenty of rhyme but no reason – it’s just how Jake (nicknamed by Beverly “the cute one in the back”) bonds with a car full of strangers. The scene is fun and infectious, grooving along in a film that lets scenes flow for as long as necessary, and of course they chant lyrics about owning a sunroof Cadillac. Even more impressive, it’s pre-internet and they know all the words. Aaron Sorkin has the walk and talk; Linklater does it all on the road.

Everybody Wants Some!! is released 13 May. 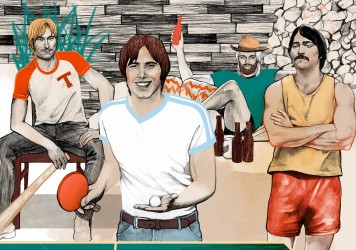