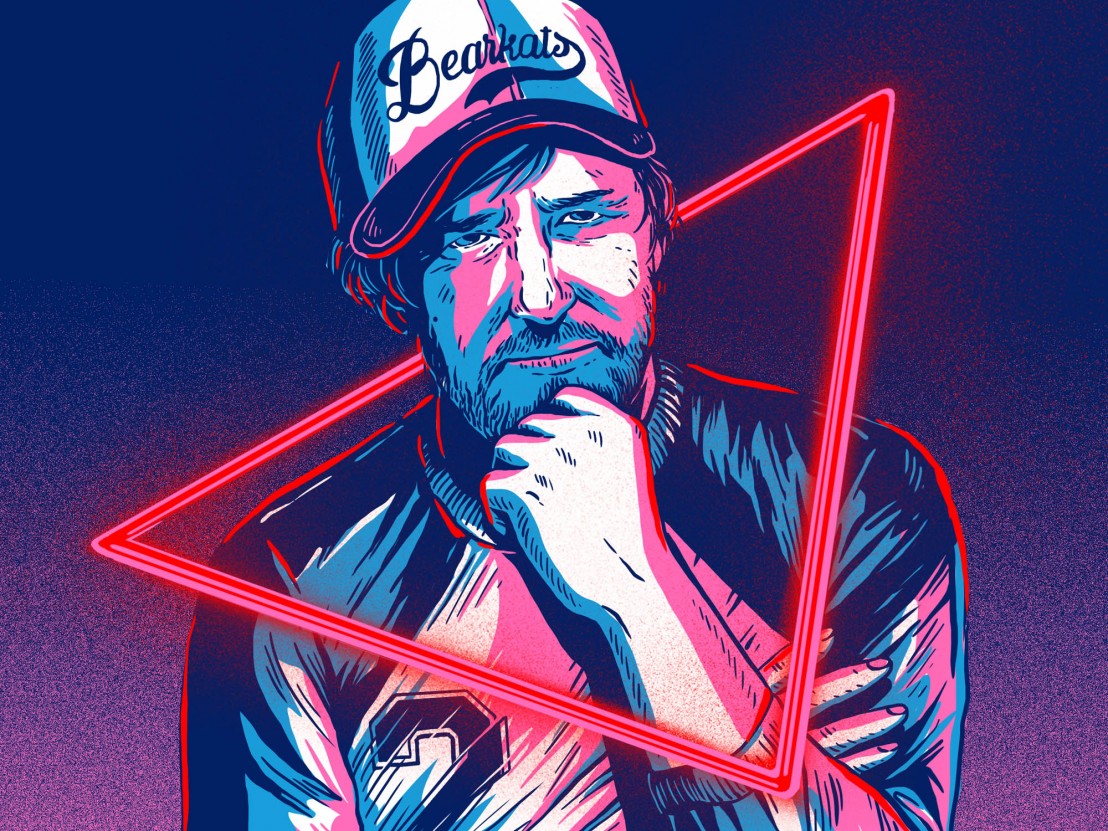 The last time we spoke to Richard Linklater, shortly after he introduced Boyhood to his adoring hometown crowd at the 2014 South by Southwest Film Festival, he casually dropped a bombshell. It turned out that one of the most celebrated filmmakers of his generation never saw a career in the movies for himself. At least not in his college days. Back then, baseball was his true passion, and it’s this great American pastime that informs Linklater’s latest home run, Everybody Wants Some!!, which follows the pre-season shenanigans of a college team in Austin circa 1980. We caught up with the writer/director to talk first loves and male bonding.

LWLies: When did you fall in love with baseball?

Linklater: For as long as I can remember I wanted to be a baseball player. From about age 12 to 20 it was my biggest single focus. And then, when I left college, that dream ended. I changed direction and it went from meaning everything to almost nothing. But now I look back at various stages of my life and there it is, this big backdrop. I think you’re lucky if when you’re young you have something like that to focus on. It keeps you healthy mentally. You know, I went through my own adolescent existential crisis just like everyone else, but I always had baseball to look forward to, to work towards, to be a part of something.

Were you encouraged by your parents to pursue it?

Well my dad was an athlete, although he played football not baseball, so I grew up around sport. He said he lobbed me up a little plastic ball once when I was like three years old and I had a bat and I knocked the ball over the house. He said I could just always hit. I had the right upper body shape for it I guess. I wouldn’t say I was born to do it or anything but, you know, it was always in me.

What impact did guys like Ray Knoblauch, who coached you in high school, have on you growing up?

Ray was this legendary coach – won national coach of the year a couple times – but really he was just one of many coaches that I learned from. He was an interesting person to be around, but I wouldn’t say he was any better than some of the others. A coach I learned more from was Steve Kerr, who was much more relaxed and kind of funny. A lot of the coaches from my era were war veterans and they were pretty tough. It was the old school where you yelled at players. Steve was one of the first coaches who would help you relax and put you at ease on the plate. The coach I admire the most these days is Augie Garrido, who runs the University of Texas team. He’s someone I didn’t personally play for but in a way he’s helped me more than any of those other coaches.

He worked as a consultant on this movie and spent a solid morning with the guys. I really dialled into how he coaches. He’s just an inspiring guy to be around. He’s in his seventies now and he has the distinction in all of college sports history to have the most wins. But his whole philosophy is not so much about winning but taking things moment by moment. The wins will take care of themselves.

Richard Linklater's Everybody Wants Some!! is one of our favourite movies of 2016 so far. Head to lwlies.com now to read an exclusive interview with the amazing cast. Illustration by @cristinapolop #illustration #design #artwork #film #movie #linklater #richardlinklater #baseball #everybodywantssome

Were you ever part of a winning team?

Oh sure, my college coach John Skeeters led us to a 40 game winning season one year. We got beat in the playoffs but it was definitely the best team I played on.

What are you reflections on that period in your life?

I remember digging out an old team photo a few years ago and my daughter asked me if I could name everyone in the picture. I said, ‘Name them? I could tell you everything about them! What high-school they went to, what position they played, everything.’ I think if you’ve ever played sports, if you’ve ever been part of a team – I’m talking male, female, all over the map – then you’ll understand what I’m trying to capture in this movie. That group dynamic and camaraderie and bonding and the scapegoating and the humour…

So how do you capture that on film?

It’s a lot like putting a sports team together – you get the best players, they all play their roles. All the guys had played sports, they all were good athletes. That was part of their casting conditions to a large degree. It was really about getting them to buy in. There’s a thing in all team sports which I think is true of acting as well, which is that it’s easy to be selfish, to want more for yourself. But these guys immediately knew that they were there for the team, to make a good film. That’s the team that wins, the one that gets together and decides everyone is going to pull in the same direction.

There’s an amazing scene where you actually get to see the guys on the practice field.

I think it was important to actually see them for all their bluster and all their energy. You see it in offshoot, sidebar kind of ways, the arch competitiveness they all seem to have. But it was important to actually show how good these guys are as well. That this is a real team. You know, they don’t even have a coach there, they’re there on their own but there’s a real sense that they know what they’re doing. There’s a routine, there’s leadership there and they’re serious. They care, you know. So to see all that really helps bond them, I think, and storytelling wise it pays off a lot of little lines that have been building to that moment.