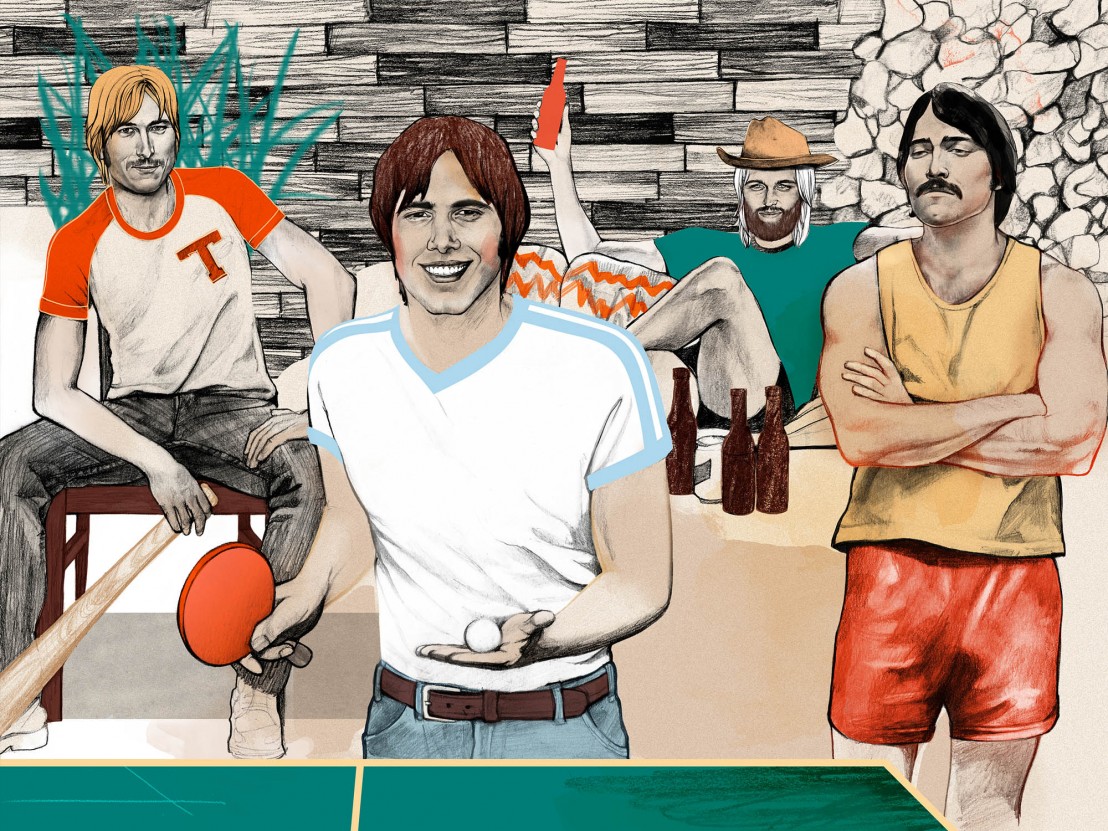 How does Richard Linklater do it? That’s the question we were left pondering after seeing his high-energy, ludicrously entertaining latest, Everybody Wants Some!!, about a bunch of baseball playing college students who bond over a long weekend before the start of the new semester. In search of an answer, we rounded up some of the key players from the cast. Here’s how it went down.

LWLies: How much baseball had you played prior to doing this film?

Blake Jenner (who plays Jake): I hadn’t played a day in my life, man. I played some football but I’d never even touched a baseball. Getting out there, I really had to learn the form and learn pitching and all that stuff.

Glen Powell (who plays Finnegan): I grew up in Texas and baseball is very much a part of the fabric of life here. But I mostly played football and lacrosse growing up.

Wyatt Russell (who plays Willoughby): My whole family is baseball crazy. My cousin played in the Major Leagues for 20 years, my father played for the Padres before he got injured in his early twenties and my grandfather is like this local baseball guru. There were a couple of guys on set who had played and knew how to do everything, but the practice stuff was more about getting the vibe of being in a team rather than getting all the moves down.

Tyler Hoechlin (who plays McReynolds): I played in college. The baseball stuff was obviously fun for us, but we also helped out the guys who hadn’t played so much. Everyone pitched in to make it work, and everyone really worked hard to push each other. You know, as a team you’re only as strong as your weakest link.

GP: When it came down to us playing baseball, it had to feel authentic. If you don’t buy into the fact that these guys are the real deal then the whole thing falls apart.

GP: We all stayed at Rick’s bunkhouse. We’d wake up and eat breakfast together, then go rehearse and do a bit of improv, then we’d take a break and play some baseball, and finally we’d go back to rehearsing. Actually, after that we’d watch movies that Rick had recommend. It was probably the most perfect three weeks of my life.

TH: It was like the ultimate summer camp. We worked hard, but at the same time we got to hang out and get to know each other and play together. It was a blast. It was really necessary to have us their because it’s the only way you can really create that team spirit and environment.

WR: It really was summer camp for adults. We’d go swimming in the pool and at night we’d go to the game room and play ping pong and Skee ball, then we’d go back and talk about the script. It was a very fun and loose experience.

GP: Yeah, we’d talk about life, love, family, friends, work… everything. You get to know Rick and the actors on a different level and so you’re so comfortable – both in each other and with the story you’re trying to tell – that once you’re on set it’s smooth sailing.

BJ: It was basically just us guys all hanging out, drilling the script, kicking back with a couple of brewskis, and just doing our homework. Getting to that comfortable place where everything just felt easy.

GP: Rick’s his daughter, Lorelei, wrote us a poem that she read when we were staying there. It was called ‘12 Hunks in Bunks’. 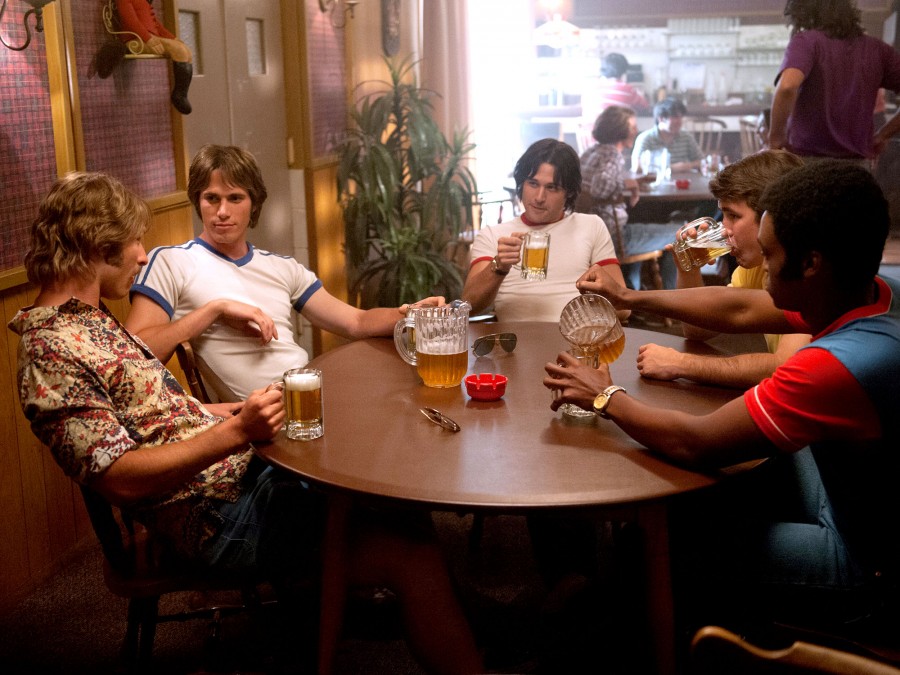 What’s the biggest thing you learned working on this movie?

TH: Just to be a collaborator, to really trust the people you’re working with. It’s a lot easier said than done. For Rick to be so generous in sharing the creative process is a true testament to his character and the way he works.

BJ: So much, but I think the biggest thing for me was just his process. You know, I think all of us would like to write or maybe direct one day, so to see how he does things was really inspiring. I’m definitely stealing his rehearsal process.

WR: How to listen. Not just listening, but actively listening to what other people have to say. And also how to construct a creative environment. There was pretty rigid guidelines in terms of the direction we were facing and what we were trying to achieve, but inside of that we were totally free to do whatever we wanted.

GP: Rick’s been making movies for over 20 years and I’ll tell you, that guy has not lost a bit of passion. He’s just so excited to meet you, to come to work every day. You’d talk to him about an idea for a scene and he’d get giddy about it. I think also people get burned out quickly by thinking too much about the business side of things, and Rick really separates himself from that. He doesn’t talk about awards of box office. The thing I learned was: watch great movies, talk about great movies, and make great movies.

GP: It’s funny, we talked about this a lot, about how supremely aware you are of what he’s doing and how he does things. What’s the secret sauce? What it comes down to with Rick is observation and collaboration. He’s a very quiet, understated kinda guy, he lives his life observing and he’s really aware of the minutiae of human interaction.

TH: I’ve never worked with a director who was more trusting an creatively inspiring to everyone around him. So often you meet directors who think their role is to be the one with all the answers. What Rick does is he creates an environment that encourages you to contribute as a group. The words right and wrong really don’t exist on his set – there’s one way of trying it and there’s another way of trying it.

WR: His secret is that there is no secret. It sounds stupid but that’s the truth. The way he gets what he gets from everybody he works with is down to his collaborative nature. It’s not like a forced thing, it’s just who he is as a person. He’s a very open person, too, and I think that’s reflected in the work.

BJ: He’s just such a regular dude. That’s the secret, really. He approaches everything like a true collaborator. He’s a real team player, and he wants everybody to put a bit of their own blood in the project.

Everybody Wants Some!! is in cinemas from 13 May.