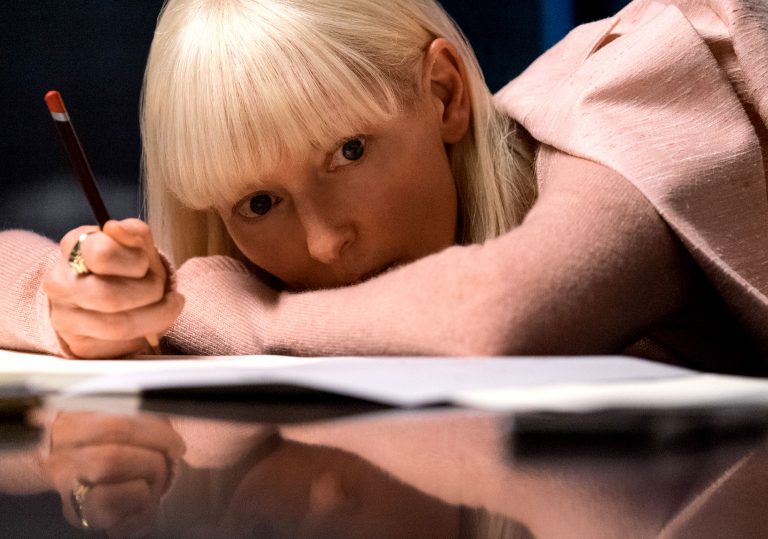 Snowpiercer was genius, so we’re double-hyped for this one.

Big fun, but not quite the clean hit delivered by Bong’s last few films.

A master filmmaker let down by a morally and structurally conventional story.

If it’s cheap, people will eat it. No, not the slogan for VOD world leaders Netflix, but a line uttered by the CEO of the Mirando Corporation in Bong Joon-ho’s Okja – a film which plays a bit like Lassie Come Home inter-bred with Frederick Wiseman’s eye-watering food processing documentary, Meat.

After all the heartache that Bong went through with his exceptional previous, Snowpiercer, it’s heartening to see that he’s turned his back on the standardised Hollywood production line and is looking for new ways to attend to the world’s global hunger for great cinema. And in many ways, that’s exactly what Okja is about – it’s Bong in dialogue with himself, picking apart the future of the medium, and looking for new and logistically feasible means of expression. All with the help of an enjoyably brash script written by British journo Jon Ronson.

Enter Tilda Swinton, who now seems to only want to play twin cartoon bad guy roles. She is Lucy Mirando, heir to a corporation who have got a serious public image problem. Before a full-body PR cleanse to become a squeaky clean agro-chemical concern, they kinda made their millions from the production of Napalm. But now they’re capitalising on a miracle, a new breed of super pig which is so large that it will put an end to world hunger while lining the pockets of the happy-clappy Mirando shareholders.

As a little stunt to present to the world their caring face, the company has created a competition where local farmers from across the globe enter a 10-year race to breed the most beautiful super pig, which will be revealed at a ticker tape parade in New York City.

And that’s where Okja comes in. She’s a porcine colossus with a measure of human sentience, living the sweet life in mountains outside Seoul and nuzzling with the farmer’s daughter, Mija (Ahn Seo-Hyun). With a minimum of fuss, Bong cements their tight relationship, as Mija tosses fruit into Okja’s mouth, while Okja is quick to the rescue when danger rears its head. But then the competition is now over, and it’s time for this lovable pig to up sticks and meet its maker – in both senses of the word. 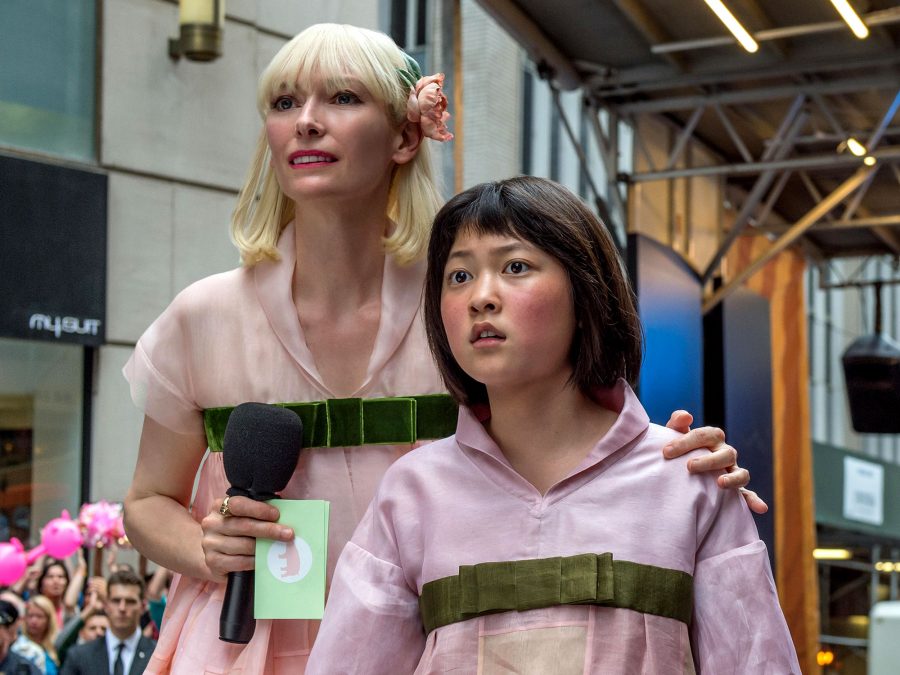 This is big, not-so-dumb fun with a girl travelling the globe to rescue her best friend from cash-grabbing evildoers. There’s only really one way out of this story, even if Bong does often likes to turn down darker, less scenic byways. And politically, the film trades in shrugging “you’re damned if you do…” pessimism rather than suggest we should all become vegans. But in the end it’s less interested in chiding society or capitalism for causing suffering to animals, and more interesting in emphasising how truly bizarre the wonderful the simple act of eating is.

It’s strange that, with full creative control over the project, Bong has delivered perhaps his most conventional and emotionally streamlined film. He plays as much as he can with the simple arc structure and a set of archetypal side players, while Ronson’s fruity, zeitgeist plundering dialogue makes sure that all the relevant cultural touchstones are accounted for. Swinton is predictably grand as pristine corporate idol Lucy Mirando, while Jake Gyllenhaal brings the ham big time as sell-out TV zoologist (and recreational vivisectionist) Dr Johnny.

But it’s Ahn who provides the beating heart of this movie – she’s like the plucky heroine of a Studio Ghibi epic who allows for all the disparate parts to work in tandem. She is the unsmiling avenger with nothing to lose, willing to risk life and limb to protect her piggy pal.

Even though the human-animal relationship is hastily sketched, her piercing eyes and surfeit of plucky determination act as a constant reminder of the 10 unseen years this unlikely duo have spent together. Okja is a good film rather than a great one, perhaps lacking the element of surprise that made Snowpiercer such a dream.

Snowpiercer was genius, so we’re double-hyped for this one.

Big fun, but not quite the clean hit delivered by Bong’s last few films.

A master filmmaker let down by a morally and structurally conventional story. 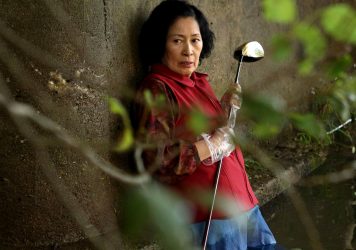