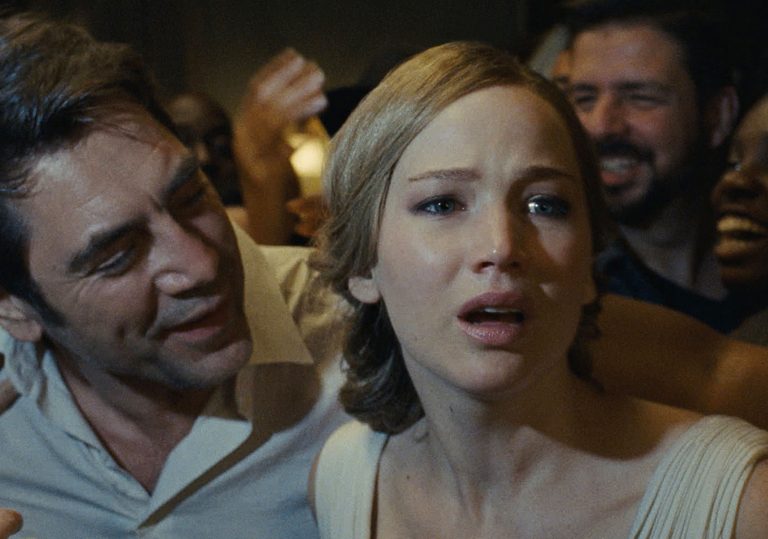 Yes, anticipation his high, but also fear levels. What is this thing?

We’ll get back to you on that. A Rorschach blot made of menstrual blood?

An ordeal. Scores most definitely don’t apply with this one.

Were it logistically possible, director Darren Aronofsky would likely attend every public screening of mother! so as to pummel every last audience member with the heel of his vintage brogue the moment the end credits roll. This is the only way he could be certain of provoking the desired physical reaction from anyone who ventures to see this wantonly shrill, taboo-melting survey of female innocence atom-smashed against male ego.

Aronofsky’s new film is one long, lunatic crescendo which hits a peak of coruscating white noise with about 20 minutes left on the clock. This is cinema ripped from the heart, as we can see by the character who has their heart ripped out. And yet it bares little resemblance to any kind of psychological reality, operating in a world of egregious ciphers, faceless manques and blunt-edged humanoid figurines who exist as primal representations of single ideas.

It doubles down, goes for broke and drops a breeze block on the accelerator, dragging us along on an operatically depressing hell-ride to the brutalist outer reaches of Hades. Aronofsky clearly sees this as a dare movie – the hope being that its reputation precedes it and that people decide to see it for the same reason they would, say, do a discount-rate bungee jump from a dilapidated viaduct. It’s a chance to face your fears and test your mettle, to see just how much your stomach can churn before it implodes into an acid backwash.

Even though mother! begins in remarkably serene fashion, it’s obvious that this tranquility will be short-lived. Jennifer Lawrence’s unnamed young woman wakes up in her bed and reaches over to her unnamed, older husband (Javier Bardem), only to find that he is already up and about. She, a kindly doormat, gets on with decorating their bizarre, chapel-like house, which was badly damaged by fire. He, an artiste, sits and rubs his temples, waiting with quill in hand for his muse to appear and the poetry to flow. He treats her with bald contempt and she accepts it, perhaps knowing that this relationship has legs beyond petty domestic squabbles. She feels that she comprehends, to a degree, the drudgery of that comes from being an artist, and that her submissiveness is a vital catalyst for his creativity. 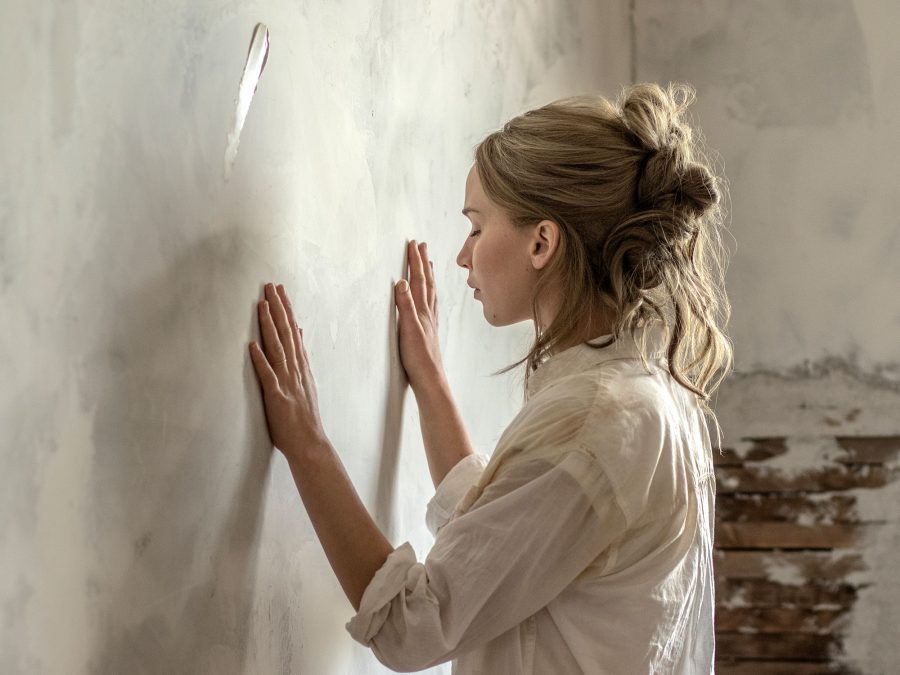 A random stranger played by Ed Harris knocks at the door and, without consulting his wife, Bardem’s character invites him to stay. And then, and then, and then… Reviewing a movie like this seems utterly futile as it seems precision-tooled to alienate. Aronofsky keeps the details vague enough so the film is all things to all viewers. You want hysterical climate disaster metaphor? You got it. You want horrifying gynaecological shock tactics? Right here. You want Biblical fire and brimstone transposed to the idyllic nuclear family? Step this way.

At the core of this maelstrom is what appears to be a lesson: for women to understand the necessary sacrifices that come from dating an artist. One minute it feels like the most ill-advised, mega-budget student film ever made. Then the reality of this nine-sided nightmare movie hits, and you can’t help but extend a grudging respect to this director who is essentially leaving a big, lewd graffiti tag on the Hollywood sign. It’s an antidote to the drab, cookie-cutter “product” that hits our screens each week, but it’s also the kind of film that could make you give up on the movies once and for all.

Lawrence doesn’t so much give a performance as bridle in close-up as her sanctuary tumbles down around her. She goes with the flow, even when that means accepting a menu (three courses plus cheese) of verbal, physical and psychological indignity. Her character is little more than a shining pinball bouncing around a machine, with Bardem’s manipulative hubby as the flippers. There’s zero nuance in mother! There’s no humanity either, as the characters are broad-brush outlines with the souls extracted and crushed. Aronofsky himself is the only human presence, and you’re left to ponder why having the opportunity to make films has left him wanting to hurt so many things.

Yes, anticipation his high, but also fear levels. What is this thing?

We’ll get back to you on that. A Rorschach blot made of menstrual blood?

An ordeal. Scores most definitely don’t apply with this one.