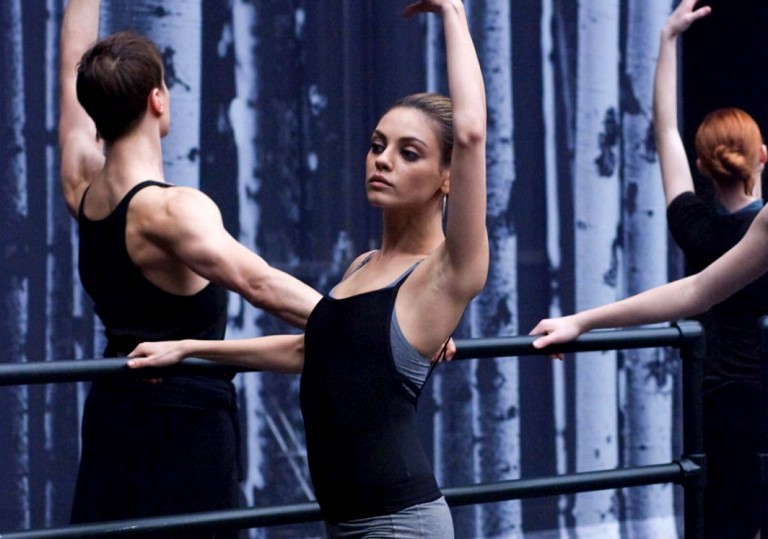 Any new film from Aronofsky is a cinematic event, and Black Swan comes with rapturous praise from major film festivals in Venice and Toronto.

This is a brooding, ambivalent and complex film that doesn’t relinquish its secrets easily.

With repeat viewings, the thematic subtext slips into focus and the performances take on a new significance. It’s not vintage Aronofsky, but it’s still a tour de force.

Composed in 1875 and initially considered a disappointment, Swan Lake came to be viewed as Tchaikovsky’s masterpiece. The same may be true of Darren Aronofsky’s contemporary refit. It takes several viewings before the film’s unnerving blend of psychological trauma and traditional horror reveals itself as something unique and powerful.

And fittingly so. With its depiction of a dancer (Natalie Portman) struggling to play the roles of the Swan Queen and her evil twin in a new adaptation of the ballet, Black Swan is a film about transformation and transcendence.

It recapitulates Aronofsky’s favourite themes of performance and mortality, but it is also a self-reflexive film of mirrors, doubles and doppelgängers. It is Aronofsky’s comment on the art of creation and the creation of art, and in its ingenuity and audacity he advances a claim for cinema as the most alchemical art form of them all. The New York City Ballet may transform the Swan Queen using make-up and choreography, but up there on screen, the magical metamorphosis of cinema is real.

Credit for that must be shared not just by the director and his technicians (including regular collaborators Clint Mansell, boldy reworking Tchaikovsky’s original score; and DP Matthew Libatique, painting the film in moody hues of grit and grain), but by his performers, too.

From the opening scene – a pas de deux shot with hand-held intimacy, but as menacing as anything in The Wrestler – Natalie Portman demonstrates a remarkable transformation, occupying both the mind and body of a vulnerable dancer. Gaunt and timid, with a voice that disappears into a frightened whisper, yet beautiful in the film’s striking close-ups, her performance is the anchor that keeps Black Swan grounded through its dramatic shifts in tone and texture.

Chosen to embody a dual role, Nina struggles to suppress her intellect and surrender to instinct. Her emotional inhibition is exacerbated by the situation at home, where Nina shares a small apartment with her mother, Erica (Barbara Hershey). A dancer who never escaped the chorus line, a bitter and jealous mother who smothers her daughter with love, Erica is one of the great maternal psychos.

If Tchaikovsky’s Swan Queen represents a nineteenth-century ideal of womanhood, this transgressive tension infuses Black Swan with a twenty-first-century psychosis where female transformation – in the guise of sexual maturity, pregnancy and ageing – is a challenge to our airbrushed ideal of femininity.

Surrounded by mirrors, Nina is constantly subject to an objectifying gaze, whether her own self-critical pursuit of perfection or the taunting scrutiny of company director Thomas Leroy (Vincent Cassel). “Honestly, would you fuck that girl?” he asks her partner. Gradually, Nina’s sense of self begins to unravel as the demands of this schizophrenic performance take their toll.

Enter Lily. Played by a perfectly cast Mila Kunis, she is wild and instinctive where Nina is uptight and repressed. Lily is soon established in the corps as Nina’s professional alternate, but more than that she is Nina’s equal and opposite – her own evil twin.

As dreams, hallucinations and fantasies unpick the fragile weave of Nina’s mind, Lily emerges as Black Swan’s Jungian subconscious; its very own Tyler Durden. Is she a projection of Nina’s shadow aspect or does she truly exist? Is she a mixture of the real and the imagined? And how do we tell the difference between the two?

These questions climax in a nightclub scene in which Black Swan throws off the shackles with primal force. Sound and fury accentuate a delirious disconnection as Nina is literally and metaphorically seduced by the demons within. It’s a make-or-break moment that crystallises the film’s psychosexual subtext. But it also precipitates Black Swan’s descent into a disorientating last act. With Nina’s emotions fatally unleashed, Aronofsky uses a subjective viewpoint to place us inside her fracturing mind. No longer able to believe what we see, the audience is forced to question the very foundation of the cinema experience.

But this veneer of sophistication masks a simple showmanship. Aronofsky has given himself license to play with the film’s internal consistency, but in doing so he raises questions over whether any of it makes logical sense. The excuse of subjectivity is his handy escape hatch.

And yet this interrogation of the medium is compelling. As Leroy manipulates Nina to extract a performance, it’s impossible not to see Cassel transmuted into Aronofsky, mischievously deconstructing his own role in the creative process. Is the director the real artist, or simply a conduit for the genius of others? Is he, at that, nothing but a bully?

If Black Swan is Aronofsky’s claim to creative genius, it’s one that is undermined by an overcooked finale and the film’s own dual nature. One half is a hugely effective psychological horror in which the scares arise from a perfectly calibrated balance between the mind and body. Make no mistake – Black Swan isn’t for the squeamish. Aronofsky viciously portrays the frailty of the human body – the stretch and creak of fragile bones and the gashes and grazes that cut deep into the viewer’s imagination.

But the film’s own evil twin is a clichéd slapstick shocker of crash-bang sound cues and age-old sight gags. Here, the brooding tone slips into melodrama, and you begin to notice the things that don’t work – like the over-literal costumes (black for Lily; pastels for Nina), or the casting of Vincent Cassel. So charismatic in recent films, here he plays Leroy as a cartoon villain, lacking only a moustache to twirl.

Perhaps its fitting that a film about duality should succumb to its own Jungian schism. But for all that Black Swan is an uneven experience, it’s a ferocious combination of intelligence and adrenalin. It is dark and deep and complex. It is aggravating, ambitious and arrogant. After all, how many films fade to white as the director’s name appears to a soundtrack of thunderous applause?

But then, how many directors have earned the indulgence? Black Swan may or may not see him at his imperious best, but Aronofsky has.

Any new film from Aronofsky is a cinematic event, and Black Swan comes with rapturous praise from major film festivals in Venice and Toronto.

This is a brooding, ambivalent and complex film that doesn’t relinquish its secrets easily.

With repeat viewings, the thematic subtext slips into focus and the performances take on a new significance. It’s not vintage Aronofsky, but it’s still a tour de force.