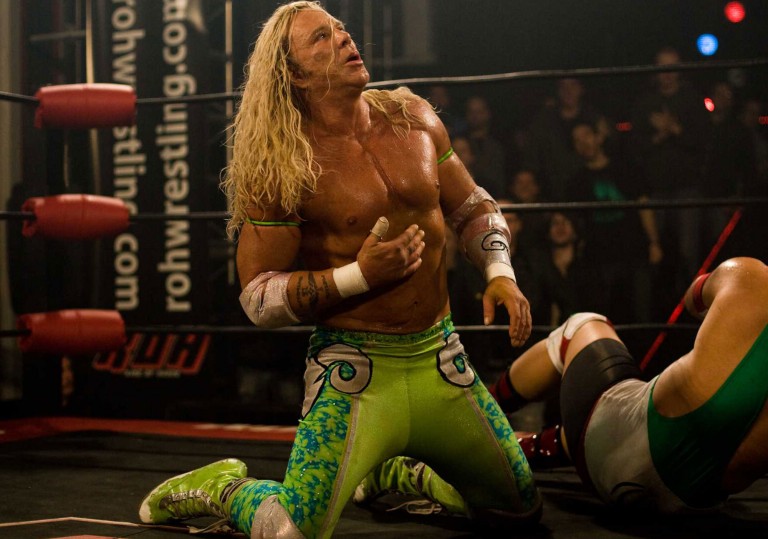 Aronofsky is one of the boldest and most exciting directors of his generation.

Rourke earns himself another shot at the title.

After the vaulting ambition of The Fountain, The Wrestler is a dramatic return to earth for Darren Aronofsky. And not just to the squalid streets of the East Coast, but to a more familiar tone and texture.

Amidst the cracked and crumbling architecture of New Jersey, ex-pro wrestler Randy ‘The Ram’ Robinson (Mickey Rourke) scuttles through the seedy spaces of the American dream. This is the landscape of despair, a place of pain and humiliation where The Ram plies his trade, surviving on the roar of the crowd and the better, bitter memories of years long gone.

But as tightly as he holds onto the past, The Ram has squandered his future. Besides the teenage daughter who hates him and the stripper he can’t have, the years of abuse have taken their toll. For The Ram, the choice between death or glory is both real and urgent. But where The Fountain was driven by a fear of dying, The Wrestler shares the same pain as Aronofsky’s earlier work – death is easy; it’s life that is hard.

Indeed, The Wrestler is everything The Fountain wasn’t – shot in 35 days, entirely handheld and rooted in a grainy mundanity, it’s almost as if Aronofsky is desperate to reaffirm his indie roots. And if that’s the plan, he does so brilliantly.

For the first 20 minutes the camera stalks Rourke from behind, downwind, like a hunter tracking an animal. When you finally see his face, the effect is jarring – that strange mask of skin pulled tight, like something stitched together from the unwanted parts of other people; as bruised and broken as a New Jersey slum. Aronofsky shoots him without sentiment and Rourke reacts without ego – as in the ring, so in the film: there’s simply no place to hide. Playing a character called The Ram, with hair like asps and lion’s courage, Rourke is an authentic kind of chimera – his own chequered biography adding depth and drama to the story. His is a life written on his face, and then brutally erased.

The wrestling scenes are unflinchingly staged, mercilessly exposing the audience to every last nerve ending of pain. There’s a touch of Requiem for a Dream in The Ram’s brutal trajectory, but this is a more mature piece of filmmaking – less frantically edited, wiser and also, at times, darkly humorous. Clint Mansell’s score is also more attuned – ’80s rock replaces the haunting strings – and the sound design as a whole is exceptional, often juxtaposed with the images to devastating effect.

But it’s not just in the ring that Rourke embodies the restless, reckless energy of The Ram; it’s in his stillness too, and most especially in his eyes. Some of his best scenes are with Marisa Tomei’s dancer, Cassidy. Each of them is out of time, and looking at the other they see themselves reflected. But there’ll be no redemption for them – no moment of enlightenment, no respite or reprieve. This, after all, is the old Aronofsky, and he’s not big on happy endings.

That, too, is how The Wrestler avoids the clichés of the sports drama, for all the odd moments that don’t always ring true (Evan Rachel Wood is lumbered with an under-written role as The Ram’s daughter). But then The Wrestler on film is much like the real thing – scripted moments come with the territory, but in the right hands the end result can become a different kind of spectacle entirely. Here again, Aronofsky proves himself to have the surest pair in the business.

Aronofsky is one of the boldest and most exciting directors of his generation.

Rourke earns himself another shot at the title. 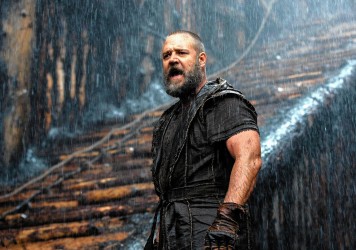