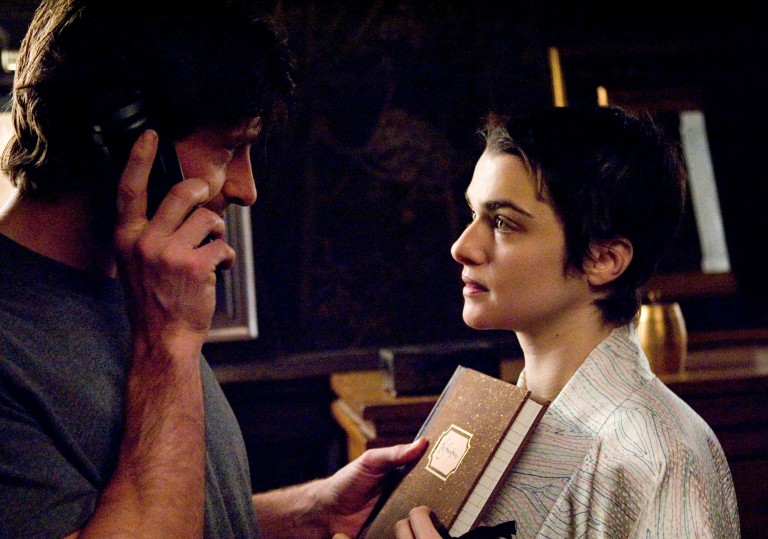 The most highly anticipated film of this magazine’s life.

A cinematic Ground Zero. The best film of Aronofsky’s career.

So much love: The Mayans tell the story of an old man. When he died, his son planted a seed on his grave. The seed became a tree, the tree grew into a forest and bloomed, and the old man’s spirit flew with the birds. Tom Creo tells a different story. It’s written across his body, etched in the lines of his face. It’s a story of pain and grief. A story he’s struggled with for a thousand years.

Darren Aronofsky tells a story in The Fountain. A story of love and loss that ripples over space and time, from the ancient temples of Spanish South America, to the cosmic dust clouds of the far future. A story that dazzles, bewilders and utterly beguiles.

However you react to the film intellectually, The Fountain is an utterly believable journey into one man’s pain, anchored by an incredible performance from Hugh Jackman as Tom Creo. While Aronofsky surrounds him with complexity, Tom is rooted in the simple, endless grief of lost love, as he watches his wife, Izzi (Rachel Weisz), slip through his fingers. His pain is recognisable, agonising, and, supported by Clint Mansell’s riveting score, it will leave you gasping for breath.

The film has the intricacy of a poem: it’s elusive and it can be unforgiving, but it’s carried by those pure waves of emotional energy. It’s a divisive, difficult film that practically invites ridicule, but you get the feeling, triumphantly, that

Aronofsky doesn’t care. He’s resetting the parameters of science fiction. He’s made a film that isn’t about genre or precedent. It’s about vision, belief and ambition. If anything it echoes Kubrick’s 2001, but The Fountain is no spaced-out odyssey.

Like Kubrick, Aronofsky has created a new cinematic vocabulary, and he’s moved beyond the expectations of his fan base. He’s putting this out there to change the shape of the landscape for good. Maybe it’ll die on its feet. But then death is the road to awe.

The most highly anticipated film of this magazine’s life.

A cinematic Ground Zero. The best film of Aronofsky’s career.