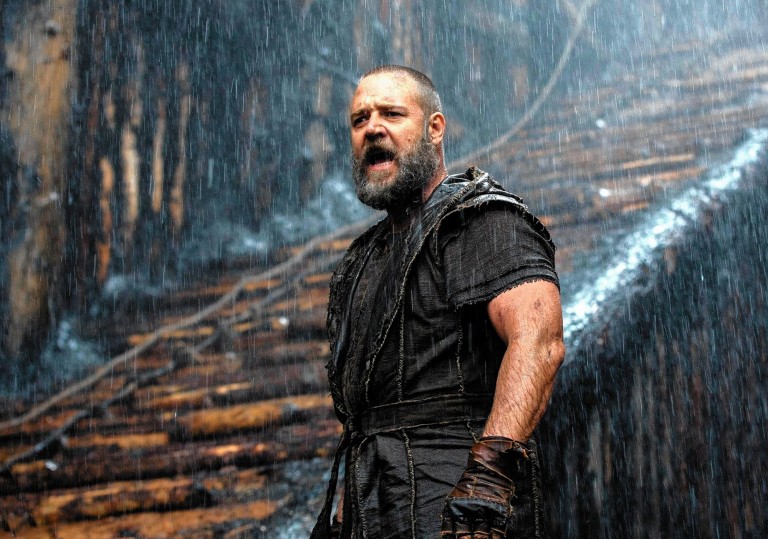 Can this really offer the psychological complexity at which Aronofsky excels?

It would be so, so easy. Like shooting fish in a very large barrel. Russell Crowe as a biblical patriarch? Snork! Emma Watson playing a prehistoric love interest? Tee hee! Ray Winstone as a menacing cockney warlord with a penchant for leather and a seething hatred of arks? Stitch up my sides, please.

Except it isn’t funny. Not even unintentionally. Not for one of Noah’s 138 minutes is there a drop of humour, or anything else that much resembles human emotion, to leaven this portentous retelling of the flood myth. In the early scenes – what in the Marvel Universe™ would be termed The Origin Story – the boy Noah lives in fear and destitution amid desert scrubland, the last descendent of Abel, hunted by the heirs of Cain. Later, he raises his own family in fear and destitution. They live in a tent by an ash pit, a gentrification apparently conferred through God’s favour.

Somewhere along the way the Noahs have learned to make denim, which they wear with the seams on the outside, this being olden times. It differentiates them from the sons of Cain, who sashay across the wilderness in quasi-fetishwear Mad Max cast-offs. Home schooling for the kids revolves around strict vegan principles and Bible stories, of which, this still being the Book of Genesis, there are only about three. By the time Noah has his watery anxiety dream, the unremitting boredom of this miserable existence gives the destruction of all life on Earth the glossy allure of that bit in The Wizard of Oz when sepia reality is swept away in a Technicolor explosion.

But not so fast. Before that blessed relief, Noah has to build his ark and keep it safe from Ray Winstone, the leader of exactly the kind of marauding, shouty types who have angered “the Creator” (the religion-neutral almighty) in the first place and caused Him to pull the plug on the whole business of existence. It’s here, and in the eventual flood scenes, that Noah comes closest to achieving the vitality that might free it from its own enervating earnestness. The arrival of the animals – in vast herds of two by two – is charming, even if their source is a bit of a mystery. Did they come from the desert or the ash pit? Or the vast plain of lifeless volcanic rock? Whichever, their warm CGI presence is the closest thing to life in the entire film.

Real death, on the other hand, there is plenty of: the millions condemned to die who, in disaster movie boilerplate, turn on one another long before nature takes its course. It’s impossible not to feel a genuinely apocalyptic shiver when, as Noah’s family eat their rubbish food inside the ark, the screams of the drowning rise above the howling storm and we’re granted a glimpse of the last of humanity, clinging to the highest peaks, wave-lashed and pleading for life.

This is Gericault’s The Raft of the Medusa smashed into the worst weather in Pacific Rim, and a hint of what a spectacular missed opportunity Aronofsky’s picture is. Neither the ludicrous The Shining-at-sea plot that follows nor the schmaltzy ending can lessen that scene’s power, but it alone can’t save a film so mired in its own self-importance that it achieves the seemingly impossible task of making the end of the world very, very boring.

What’s equally curious about Noah, given its source, is how shy it is of religion. That’s not to say that bible movies have to adhere to the original stories — the greatest of all, Martin Scorsese’s The Last Temptation of Christ, revivified the emotional power of a familiar tale precisely by dealing with all the things that didn’t happen in the Bible. But here God, as a character, is pretty much absent.

Noah has dreams, he “sees” signs others fail to recognise, but there is no divine presence (at least not that Charlton Heston would recognise), and that creates a deep problem in terms of empathy with Russell Crowe’s flint-eyed survivalist. Because, without the moral context set out explicitly in the original story, Noah is simply a man who believes himself deserving of life and all others deserving of death – a psychopath, in fact.

His moral certainty, later vindicated, has all the hallmarks of madness, which at best makes this a Mosquito Coast for the Rapture set and, at worst, a playbook for fans heavily fortified compounds everywhere – that is, if they can sit through Noah to the end, they probably deserve to inherit the earth anyway.

Can this really offer the psychological complexity at which Aronofsky excels?