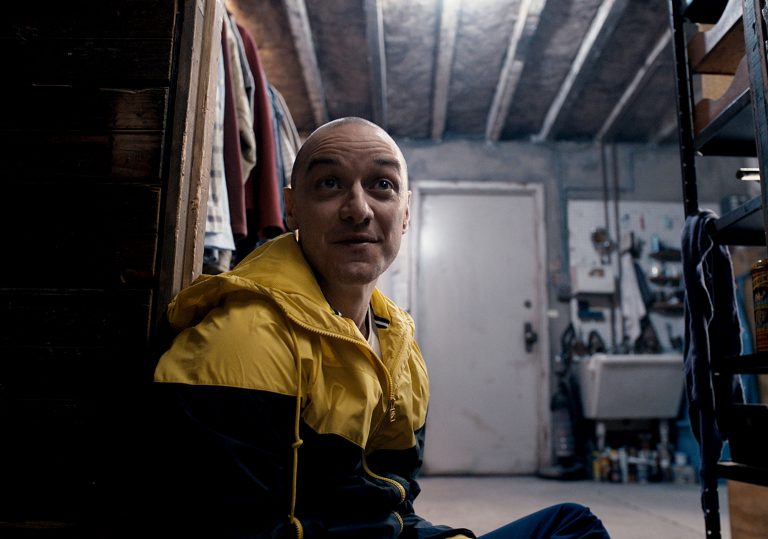 In Shyamalan’s inventive meta-psychodrama, it’s 23 (or so) characters in search of an author.

In M Night Shyamalan’s Split, three teenaged girls – Claire (Haley Lu Richardson), Marcia (Jessica Sula) and the more troubled Casey (Anya Taylor-Joy) – are abducted from a carpark, and find themselves imprisoned in a complex of rooms. There they must work with and against the 23 (at least) distinct personalities of their disturbed captor (James McAvoy) before the most dangerous and possibly fictitious aspect of his psyche, ‘the Beast’, comes to the surface, on the hunt for ‘impure flesh’ to devour.

As an apparent counterpoint to the craziness in the facility, there are scenes in which fashion designer ‘Barry’ (McAvoy) visits his experimental psychiatrist (Betty Buckley), and raises alarms with her that his condition may not be as stable as it seems – and there are also flashbacks to scenes from Casey’s own childhood suggesting that she may be something of a match for her unhinged antagonist.

One of the things that makes Dissociative Identity Disorder so attractive a subject for authors of fiction is that it reflects their own creative process, as they divide themselves between multiple characters, each with their own differentiated personality but all working together – or apart – to serve the more enigmatic ‘gestalt’ of the overall work.

Certainly Shyamalan delivers a wonderfully schizophrenic piece here, part cat-and-mice thriller, part psychodrama, part nervy comedy, in which we are able to delve into the labyrinths of one man’s fractured mind even as we get behind the girls’ efforts to escape it. And certainly McAvoy gets to show off his slippery versatility in playing a range of contrasting roles that are immediately distinguishable through nuance of performance as much as change of costume. 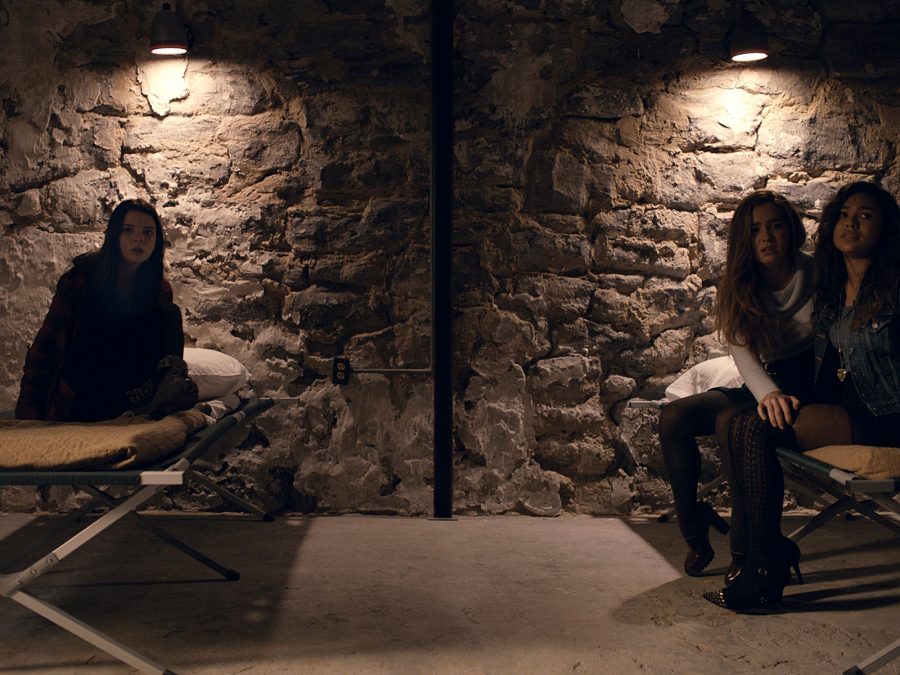 Yet Shyamalan is also, as in his earlier, much maligned work Lady in the Water, playing games with his own roles as a polyhyphenate storyteller struggling to produce a coherent narrative from so many different parts. Split is a self-consciously Pirandello-esque affair, in which not only does the writer/director get a cameo (significantly as a man behind a bank of monitors), but also manages to reference, more or less directly, his other works, as though his various films somehow occupy a universe as improbably unified as the factious, fractious facets in McAvoy’s character, all vying for their moment in the light.

Shyamalan’s reputation for masterful twists is both his USP, and his curse. But here, unlike in his other films, the information required to decode precisely what has really been happening in this human zoo is left devilishly understated, so that Split’s ambiguities will continue unraveling in its viewers’ minds for some time after the final credits. That said, there is also a coda which offers up a twist (no spoilers here) and a cameo of a different sort.

Whether it represents a mere throwaway gag, cheap fan service, or something more profound, is likely to divide viewers – but at least it is not as annoying as the rap coda that undid Shyamalan’s last thriller, The Visit.

In Shyamalan’s inventive meta-psychodrama, it’s 23 (or so) characters in search of an author.