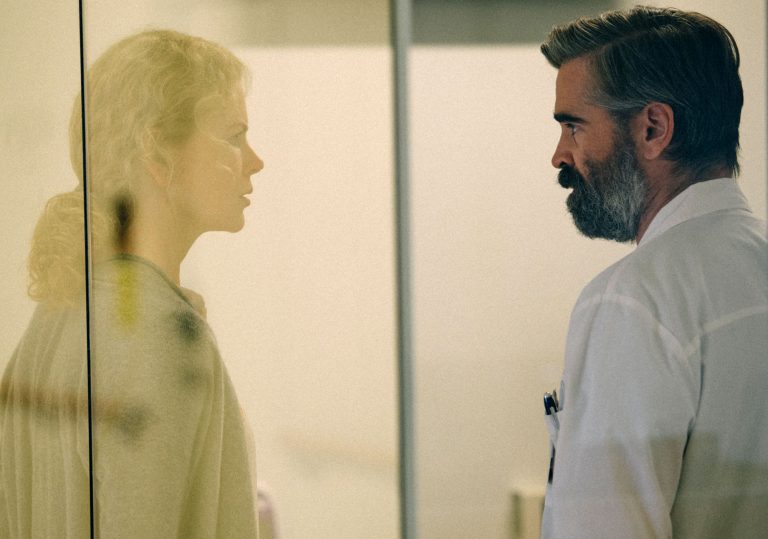 Where do you go after the full-on weirdness of The Lobster? Sign us up.

Starts off ominously unsettling, before an out-of-nowhere twist leaves us totally adrift in a sea of anxiety.

You end up slightly awestruck at the imaginative confidence behind this film.

Yorgos Lanthimos’ latest is as much about deer, sacred or otherwise, as his previous one was about lobsters. So, while The Lobster was decidedly light on crustacean action, sensitive souls will be relieved to know that no deer are actually harmed on-screen here. Greek viewers and classicists however, will probably register the title’s reference to Euripides’ ancient drama, ‘Iphigenia in Aulis’, where a sacred deer is indeed slain.

But before you head to Wikipedia, be advised that knowing the whole story amounts to a major spoiler for this movie. Better to ask what exactly a mythological tale from 400 BC has to do with the life of a comfortably-off modern-day Cincinnati cardiologist. That’s the question facing embattled Colin Farrell as he realises his fortunes are being shaped by a completely arbitrary set of external values. It’s the anxiety of discovering your life is not your own.

The source of this life-changing bewilderment is teenager Barry Keoghan, whose somewhat unnerving stare (used to very different effect recently as the doomed innocent on Mark Rylance’s small craft in Dunkirk) masks the true nature of his relationship with Farrell – not his son, or seemingly his lover, so why does the lad keep hanging around the hospital, and why is the latter buying him expensive watches? Lanthimos fills their scenes with purposefully vacuous small-talk, but we know something’s up, and when it’s revealed, it’s certainly from out of leftfield. Even creepier, Farrell and trophy wife Nicole Kidman’s adolescent son and daughter soon succumb to a mystery condition leaving them unable to walk. 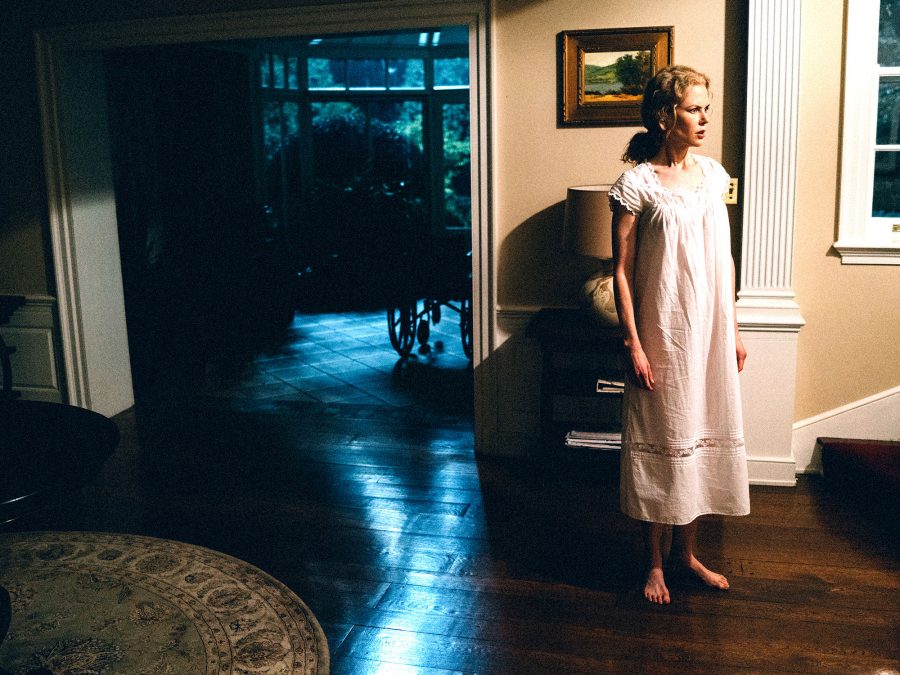 The sight of these two hauling themselves horizontally along the floor of a hospital corridor is utterly unsettling, and typical of the way Lanthimos’ films mess with our heads by putting a different set of rules in play. Where Dogtooth contained the weirdness within a well-to-do household, and The Lobster allowed it to unfold in an alternative universe which only looked like the world we know, the storytelling here’s even more confident in the way the mythological overlay acts on everyday circumstances.

It’s like some unseen, unfathomable force which imbues every waking moment with inexplicable doom. The Michael Haneke of The Seventh Continent or Code Unknown might be a reference point, but just as relevant is that sense of mysterious undertow in Stanley Kubrick’s 2001, particularly when Lanthimos makes such adept use of the oppressive tracking shots and pressure-tightening slow zooms which were such a key part of Kubrick’s formal armoury.

While delivering his lines in an uninflected monotone seemingly giving little away, Farrell’s remarkable contribution exudes unease from every pore, bringing an emotional veracity to these austerely pointed environs as a man daunted by the enormity of his responsibilities. Kidman makes an effective foil, the hardness in her looks simply intensifying the punishment.

And although Lanthimos and regular co-writer Efthymis Filippou took the Best Screenplay award in Cannes, it’s the film’s sheer all-of-a-piece execution – from pacing and composition, to brilliant use of contemporary composers including (Kubrick fave) Ligeti and Gubaidulina, and expertly modulated performances – which holds you in its steely grip and just never lets go.

Where do you go after the full-on weirdness of The Lobster? Sign us up.

Starts off ominously unsettling, before an out-of-nowhere twist leaves us totally adrift in a sea of anxiety.

You end up slightly awestruck at the imaginative confidence behind this film.