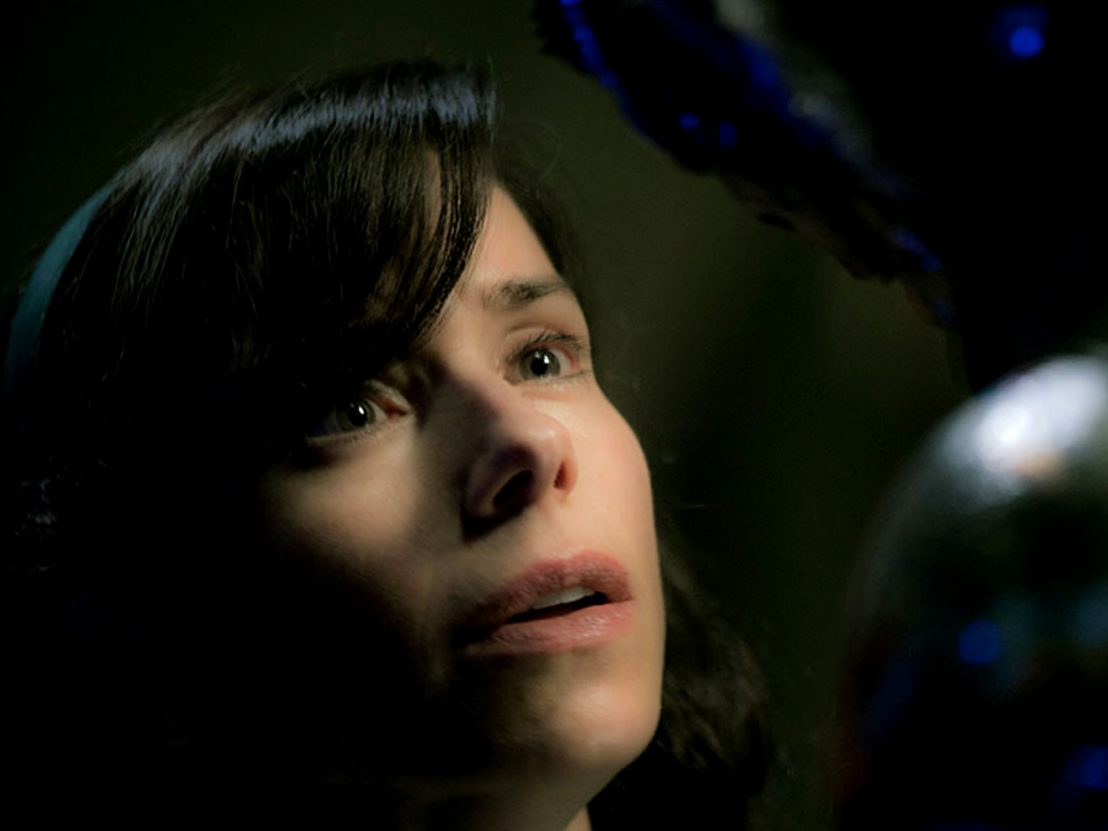 In his previous film, Crimson Peak, director Guillermo del Toro presented beautiful characters twisted by love. In The Shape of Water, society sees these characters as similarly twisted – but their love is beautiful. Indeed, it is shown so utterly without ugliness, so swollen with fairy tale purity, that viewers with prickly experiences of love may find it hard to step into its sentimental heart.

Reams could be written about cinematographer Dan Laustsen’s perpetually gliding camera, Paul D Austerberry’s green-tinged production design, and the netherworld Disney perfection of every setting from the diner to the cinema to the automobile ownership. Del Toro has conjured a vision as complete and perfectly contained as a snow globe, with a languorous pacing reminiscent of Todd Haynes’ Carol.

Eliza lives above a cinema and spends most of her time off work with Giles (a deliciously rumpled Richard Jenkins), a closeted gay man whose rich soul gives the film its tone. Giles’ opening voiceover describes Eliza – who had her vocal chords cut out as a baby – as “a princess without a voice.” His adoration centres her as a romantic heroine, with a little help from Alexandre Desplat’s euphoric score. 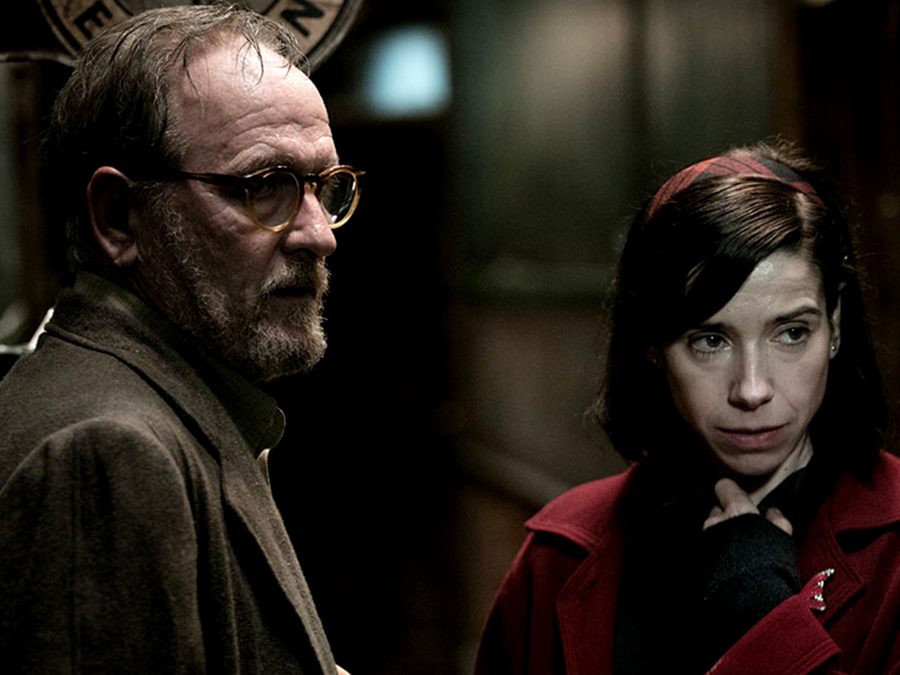 The man that captures Eliza’s heart is part fish. He is tall, strong, big eyed and covered head-to-foot in green scales. Maybe he’s a god but they call him The Asset (Doug Jones), and he is chained up at her place of work, the Occam Aerospace Research Centre. Their courtship is conveyed in the simplest shorthand possible: they spend time together. He is a creature who has been bludgeoned and bloodied by his captors and she teaches him to trust.

The setting is Cold War-era America, and while this informs the film’s heightened period aesthetic, it is incidental to its arc. This tale is transferable to any place where the forces of brutality are trying to crush what is small, tender and good, here personified by the secretly blossoming relationship between Elisa and her merman.

Repping on behalf of brutality is the best guy for the job: Michael Shannon. As government agent Strickland he rules with a thick electronic baton that often drips with blood. Elisa and her work-buddy Zelda (Octavia Spencer) first encounter him when he strolls into the bathroom they are cleaning and takes a relieving piss. When he decides that it’s time to kill The Asset, Eliza and friends decide to stage a daring kidnap. They are aided by a principled inside man named Doctor Hoffstetler (Michael Stuhlbarg, doing heavy lifting like it’s nothing, as per).

There is so much to admire here, yet there is no subtext to decode, nothing left to figure out, only a spectacle to observe unfolding. The Shape of Water is a film that wears its heart on its sleeve. Its overtness, its accessibility, the transparent meaning of its abiding images, will surely give it a longevity. It is a simple message piped into a complex world using fantastic tools. It’s a call to love.