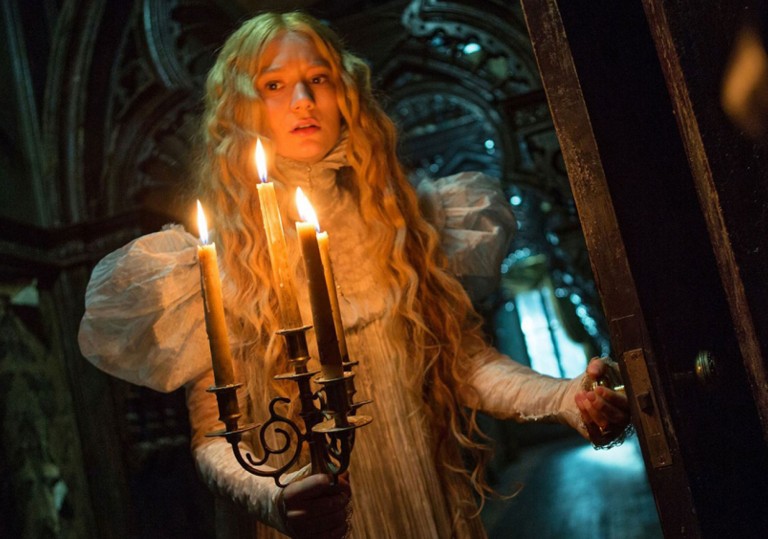 Realise Pacific Rim is not universally adored, but it is by us.

A few tiny plot holes aside, this is the director's most triumphantly heartbreaking film to date.

Although it may not have been plainly evident through the mechanised, city-levelling pandemonium, Guillermo del Toro’s sublime 2013 feature Pacific Rim is, at heart, a love story. It employs the metallic outer body of a nuclear-powered battle robot to deliver swooning observations on the compatibility of Earth’s last soldiers – their minds patched together – who helplessly dangle mere meters away from their gory demise at the hands intergalactic Hell beasts. A song of two humans indeed.

It would seem obvious to point out the fleshy connective tissue that exists between del Toro’s new film, an ivy-swaddled snow globe called Crimson Peak, and his lauded Spanish-language fairy tales The Devil’s Backbone and Pan’s Labyrinth. However, what if this was actually the second part of a diptych about love, obliquely paired with Pacific Rim? And these aren’t celebrations of love, or examinations of what love drives us towards (and, of course, away from), but attempts to define it, present it within contexts seldom considered.

The love in Crimson Peak reveals its true nature in the latter furlongs of the film, and so cannot be discussed directly for fear of spoiler-based chastisement. But maybe what the film ends up saying is that love and fear are, if not merely very similar, then in fact one and the same thing. Mia Wasikowska is the flickering candle light illuminating the dark passageway of destiny as dainty heroine Edith Cushing, a budding writer of stories which – coincidentally – transcend easy genre compartmentalisation. She is financially comfortable, residing as she does in the twinkling lap of luxury with her industrialist father. Buffalo, NY is shown as being at the forefront of technological advancement, and Crimson Peak suggests that corporate progress of this inhumane variety doesn’t necessarily result in happiness.

Tom Hiddleston goes full steampunk pin-up as Baronet Thomas Sharpe, humiliated in his attempts to secure completion funds for a new clay burrowing device which he claims will revolutionise the construction industry. In this situation, one can’t help but see Ol’ Tom as a proxy for del Toro himself, travelling the globe and attempting to convince hard businessmen to part with funds so he can build his exotic contraptions. Throughout the film, Del Toro constantly strives for self definition by way of small stylistic tics or story details, at one point even stating point blank what a metaphor is. But these are forgivable as gentle thematic hand-holds rather than full-on hectoring.

In tow with Tom is his sister, Lucille (Jessica Chastain), who wears the blood-red gown to the all-white dance party. Their plan is to spirit Edith away to Allerdale Hall, their crumbling gothic stack in Cumbria, England, and so Tom needs to turn up the charm (a simple task), resulting in a spellbinding high-stakes dance sequence that appears out of nowhere. The siblings have antagonised Edith’s father, but before he can chase them out of town, he has his face tenderised on the edge of a porcelain wash basin by a mystery assailant. Much like the sudden and sickening wine bottle head caving which occurs in Pan’s Labyrinth, Del Toro insists on showing this act of extreme brutality from all vantages. We see the before, and we see the after.

Some may chalk this moment up as gauche and unnecessary, a piece of shock showmanship which doubles as an empty attempt to momentarily put the wind up the viewer. Yet there’s something especially interesting about the fact that it occurs in such pristine environs, that this self-built sanctuary decked out with only the most desirable and robust furniture ultimately contributes to the death of its owner. This motif, of our chosen surroundings being the thing that eventually kills us, features in Hellboy, Blade II, and The Devil’s Backbone, and is re-played later in this film, albeit on a much grander scale.

In Crimson Peak, houses are repositories for memories. Edith must flea Buffalo in order to relinquish the fond memories of her life with father. Meanwhile Tom and Lucille must return to their home, even though it’s subsiding into the ground and wax-like red clay seeps erotically through the floorboards and walls. The memories encased within the gilded arches and hand-carved fixtures remain a secret until the last, but it’s a secret which reveals a clever reverse-logic to the motivations of all parties. Now Tom’s bride and partitioned from civilisation, Edith must use her wiles (and an ornate candelabra) to discover the truth about the Sharpes.

Del Toro has apparently been handing out literature at preview screenings of this new film explaining that it is not a horror movie but a classical gothic romance. That the initial wave of trade reviews complained of it being not scary enough perhaps justifies his action. What is miraculous about Crimson Peak – and perhaps confirms it as “not a horror film” – is how sad it ends up being. It’s very easy to say someone is evil and then corral an audience into baying for their blood. It’s really not so easy to say someone is evil, then plead a convincing case for their redemption. This is the stunning high-wire feat that del Toro achieves, and it’s down in no small part to a trio of stunning central performances which meld pantomime sauciness with layers of understanding, passion and empathy (MVP honours go to Chastain, however).

Though the writer/director’s fascination with the antiquated and arcane shines through most brightly, this is a film of countless simple pleasures. Del Toro knows how to move a camera to build tension, how to shoot an interior to make it feel dauntingly open yet claustrophobically closed at the same time, and how to really make you feel the presence of the three principles even when they are not in the frame. The film pays lip service to gothic chillers like Gaslight and The Innocents, but it also channels Hitchcock (particularly Psycho and Notorious), Hammer maestro Terence Fisher, Polanski (The Tenant and Cul-De-Sac) even Minnelli. The film’s greatest victory, however, it that it values romanticism over cynicism. It is a love story, a masochistic and violent one admittedly, but once which has us setting our fob watches for the final chapter in what looks to be an enchanting trilogy.

Realise Pacific Rim is not universally adored, but it is by us.

A few tiny plot holes aside, this is the director's most triumphantly heartbreaking film to date. 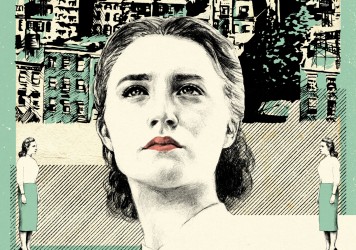