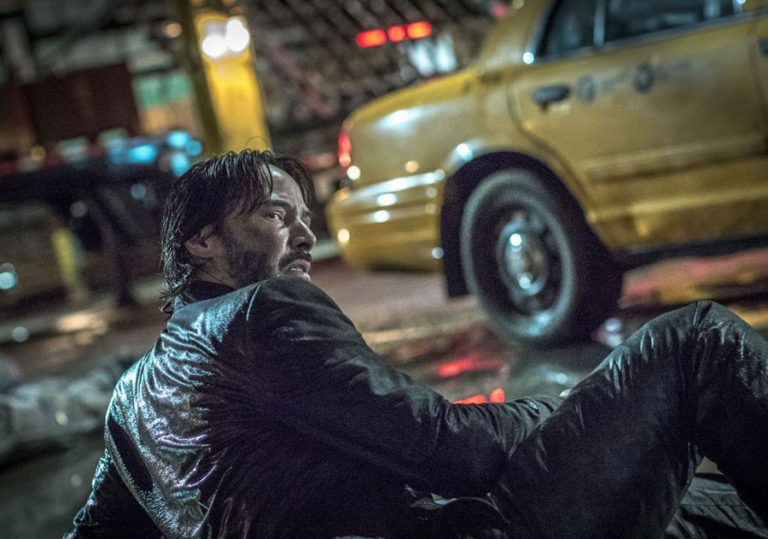 Slick Wick is back.

In flight, this slays.

Bigger isn’t always better, but Chad Stahelski proves himself an action force to be reckoned with.

Long before it finally saw a UK release in April 2015, there were whispers from across the pond that we ought to get ready, that John Wick was coming. Fast, lean and a model of narrative economy, the film had seemingly come out of nowhere, stealth-attacking with a brutal efficiency and purpose befitting its suited and booted puppy avenger.

The first film’s strengths lie in the concision of its world-building and the wit with which it establishes its underground criminal network. The broad strokes used to paint its grief-stricken protagonist’s backstory cast an iconic silhouette, even while playfully nipping at the heels of pantomime camp. The role fit Keanu Reeves’ brand of customised zen like an impeccably tailored glove – hardly surprising for an actor so consistently underrated. Perhaps the film’s ability to fly below-the-radar lay with its untested director, Reeves’ former Matrix stunt double, Chad Stahelski. It’s certainly a rare thrill to witness a first-timer handle action beats with such consummate regard for the possibilities of the frame over the cut.

Such deference to the aesthetics of action reaches new heights in this sequel’s extended prologue. Playing like a standalone short that effectively bridges the two films – reiterating Wick’s boogeyman credentials and love for his ride – it’s an impeccably negotiated tour de force of movement and space. What better sign that you’re in safe hands than an opening shot that sees a Buster Keaton short projected onto the side of a building?

It might be a bold move to acknowledge the master of screen physicality seconds ahead of your own action-ballet, but it’s a fearless statement of intent from Stahelski which he proceeds to attack with jaw-dropping fluidity and compositional flair. 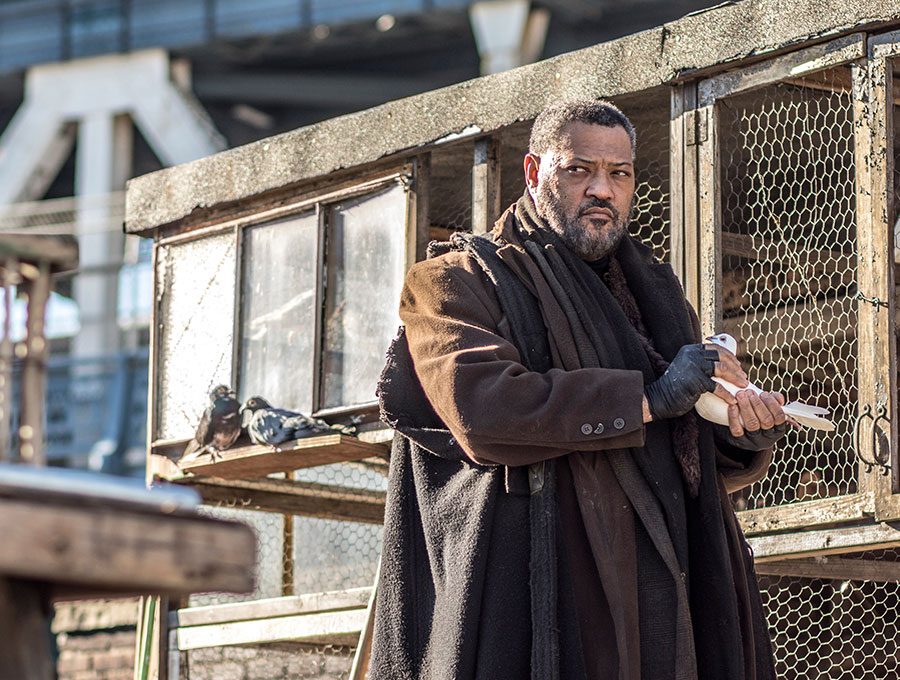 If nothing else in John Wick: Chapter 2 reaches the giddy heights of its opening gambit, it remains a treat; if one beset by familiar issues of franchise-baiting sequelitis. With a running time that tips over the two hour mark, it’s a more well-fed beast than its predecessor. The expansion of its global crime syndicate serves up a series of neat conceptual riffs, each lovingly detailed (shout out to production designer, Kevin Kavanaugh) and tonally consistent.

Yet this often comes at the expense of the film’s propulsion, not least when a late cameo from Laurence Fishburne stops it dead in its tracks. Gone is the first film’s svelte singularity of purpose, where world-building served up grace notes that accentuated or relieved narrative and emotional drive. Now the world is the thing, and all of it is out for John Wick.

Gareth Evans’ bloated sequel to The Raid makes for a fitting comparison, but where that film delivered a ferocious sense of escalation in its set-pieces, John Wick: Chapter 2 has one eye clearly trained on Chapter 3. When the fight scenes come, they’re staged with remarkable clarity and ingenuity, even if there are only so many faceless goons one man can take out without the threat of repetition. An interrupted rough-and-tumble with Common proves a highlight, and the fabled pencil gets an outing, but a final showdown with Ruby Rose that tips its hat at The Lady From Shanghai’s hall of mirrors pulls the knockout punch that rendered The Raid 2’s meanderings forgiven.

The frustrating lack of narrative resolution which signals further instalments suggests a greater emphasis on comic book excess may well be on the cards; the tracks this sequel lays hardly point to a return to the first film’s economy. Even so, if Stahelski can namecheck Buster Keaton and deliver, John Wick: Chapter 2 offers enough reason to believe he can run his own gauntlet, wherever it might lead.

Slick Wick is back.

In flight, this slays.

Bigger isn’t always better, but Chad Stahelski proves himself an action force to be reckoned with.