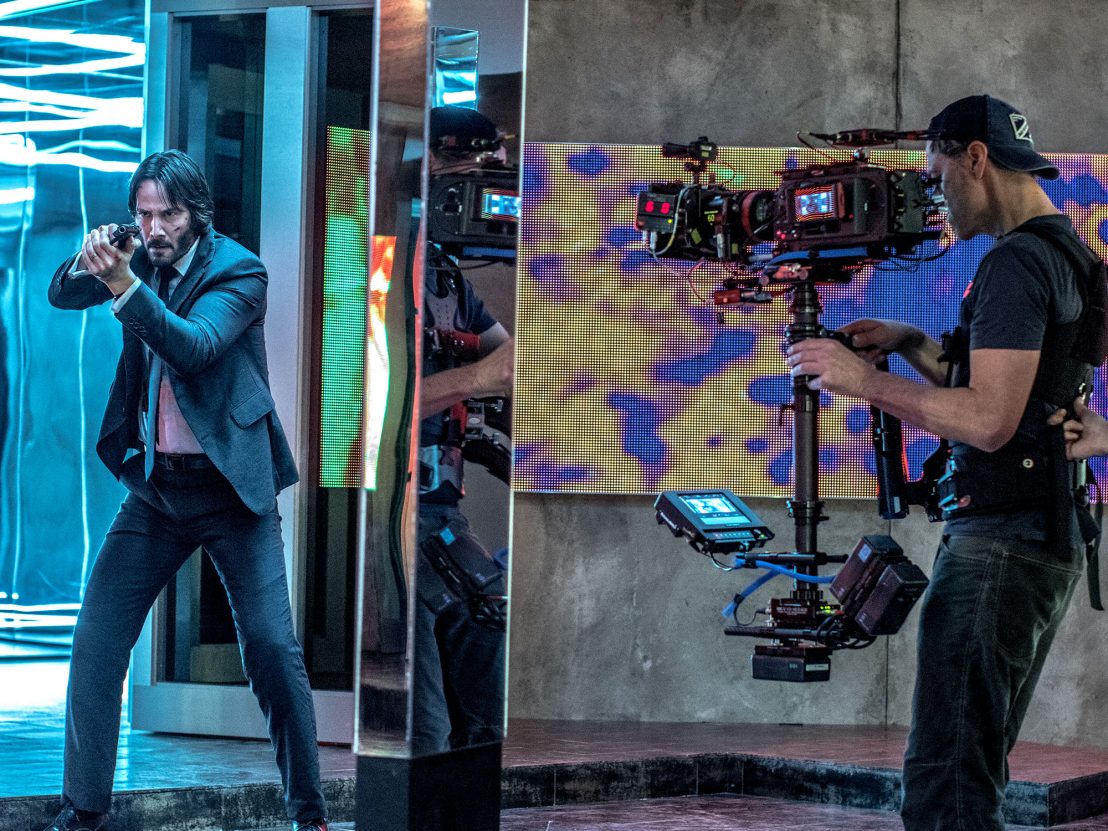 Any Hollywood action movie worth its salt will pour a significant amount of energy and resources into attempting to pull off a pulse-quickening car chase or a thrillingly realistic fight scene. But shooting a memorable centrepiece action sequence is almost never a clean kill. It’s a huge collective effort that can take months to plan, only for the groundwork laid by teams of stunt coordinators, fight choreographers, production supervisors and other crew members to be undone by factors beyond the filmmakers’ control.

So how do you stack the odds in your favour, ensuring that everything goes according to plan on the day? And how do you get the most out of a modestly-sized budget? What does it take to pull off a feat like John Wick: Chapter 2? A film which, like its 2014 predecessor, is crammed full of astonishing, edge-of-your-seat action, with Keanu Reeves’ titular hitman once again tasked with dispatching an ever-increasing roster of adversaries. To find out, we sat down with the film’s director, former stunt double Chad Stahelski, to get his tips on crafting the perfect action sequence.

1. Put your money in prep

“I’ll tell the producers, ‘I’m putting all my money in prep’. I’m not gonna spend it on fancy hotels, it’s going on the script and prepping the action scenes. You need at least one million dollars for prep. Minimum. Some producers think, ‘Well, we’ll get the actors in for three weeks of training…’ Can you tell me one thing you’ve done in your life where you’ve become world-class in three weeks? Ain’t gonna happen. Not a single person on this planet has become a world champion in three weeks. It takes time to make an action movie. I’ve spent about 15 years designing and shooting action, and it always comes down to the same two or three elements. You get those right, you stick to your process, you’re gonna be fine.”

2. Get your crew onside early

“The scene in the catacombs [in John Wick: Chapter 2] took five days to shoot. We had 14 or 15 Italian stunt men, and we also brought in a team of about nine Bulgarians. I love Bulgarian stunt guys, man, they’re the best in Europe, hands down. Bulgarians are awesome. They are some of the toughest, most committed, more performance-orientated guys out there. So we had about 20 stunt people, plus our cast. We spent two weeks in the catacombs initially with the Italians and the Bulgarians, walking, blocking, deciding who was gonna do what – who’s gonna wear a balaclava, who dies where. Then during the last week we brought in the camera guys to walk everything through with the stunt doubles, get it all dialled in. And then Keanu came in a couple of times and we did a full day of dress rehearsal.”

“People often say, ‘You can direct action, but can you do dialogue?’ What they’re really asking is, can I talk to actors? Well, yeah, ’cause I used to get down with Will Smith, Brad Pitt, Keanu Reeves… To flip that question, say you’ve got a director that tells a great story but half the movie is action, and they’ve never done an action movie before… What now? Dialogue is the easy bit – you just gotta let your actors do their thing, and if you’ve got that mutual understanding that you always need, then it means you can spend more time worrying about the action and all the other stuff.”

“What’s the best way to fake being good? I’ll tell ya: be good, just be good. Then you can fake it. Can Jackie Chan take himself out of a movie and put somebody else in his place? No! ’Cause it’s freakin’ Jackie. Chan. So we have to raise Keanu to that level, to the point where it can’t be anybody but him. You’ll hear stories. How many times have you listened to actors go on about how they did their own stunts, or spent eight hours a day in the gym? I’ve worked as an A-list stunt performer. I’ve done this for a living, pal, training cast and performing key stunts and I couldn’t do eight hours in the gym. It’s bullshit. When you see the camera drift around Keanu, that’s really Keanu. Just like when you see Jackie Chan fall off that bell tower, that’s really Jackie Chan. You see Keanu do 20-second takes and kill 50 guys, and pull off serious judo or jiu-jitsu moves, it’s all him, baby.”