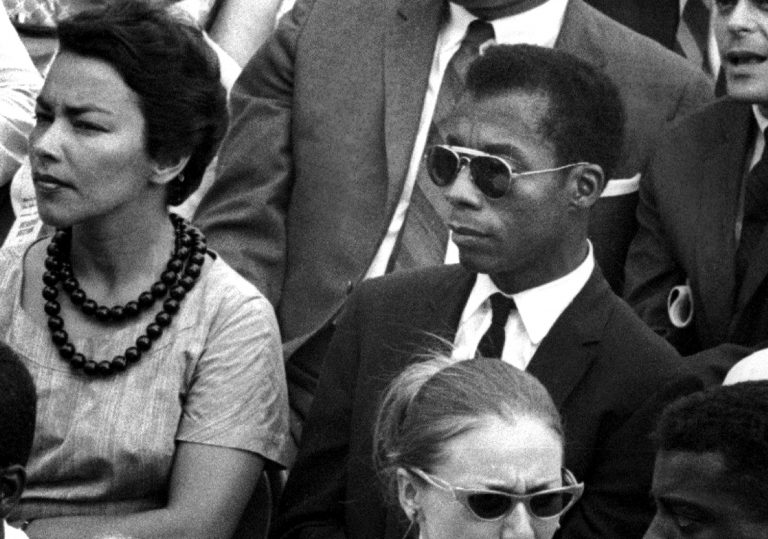 There has seldom been a more appropriate time for Baldwin to find his way back to our screens.

A film as muscular and multidimensional as the words of its subject.

Peck has crafted a cinematic experience to both savour and learn from.

Raoul Peck’s I Am Not Your Negro earned its Oscar nomination within a history-making Best Documentary lineup, with four out of the five nominees being directed by black filmmakers. An exhilarating, impressionistic treatment of African-American literary titan James Baldwin, Peck’s latest richly deserves this recognition. The film might also have staked its claim in the Best Film Editing category, although the last nonfiction film to do so was Steve James’ Hoop Dreams way back in 1994.

Alexandra Strauss’ editing is, like the film’s distillation of its complex subject matter, formidable in its eloquence. Strauss, who has cut films for the likes of Roy Andersson and Philippe Garrel, works exquisitely in tandem with Peck’s wide-ranging audiovisual material, creating a bold and copious cinematic bricolage that captures Baldwin as both witness and participant amid the turbulence of the Civil Rights Movement.

I Am Not Your Negro zeroes in on the book ‘Remember This House’, Baldwin’s fraught and ultimately unfinished attempt to tackle three of his deepest and most personals subjects: the activists Medgar Evers, Martin Luther King Jr and Malcolm X, all close friends of Baldwin’s, each one assassinated. “I want these three lives to bang against and reveal each other, as they did in real life,” says Baldwin, whose prose comes to life through a truly transformative voiceover performance by Samuel L Jackson, whose trademark baritone rasps and reverberates with all the intensity and palpable sadness of Baldwin’s words.

Peck doesn’t attempt to encompass the entirety of Baldwin’s painful and prolific life like a more straightforward, cradle-to-grave biography might. But what emerges is a bracingly complete vision of Baldwin, a multi-chaptered portrait of the artist as a weary, conflicted, but purposeful man, newly returned from Paris and trying to determine his role in a vast America that seemingly has no place for him. I Am Not Your Negro exhibits a burning, laser-like precision, but it also sees beyond its selected moment.

The film opens with Baldwin’s 1968 appearance on The Dick Cavett Show, in which the smiling host begins to squirm with discomfort as his guest tensely but thoroughly answers his query about “the position of the negro” in America. His response instantly deflates Cavett’s strained optimism. Not long after, the film cuts to quaking, on-the-ground footage from Ferguson, Missouri in 2014, when Black Lives Matter protestors were met with brutal force from a militarised police force.

Peck doesn’t need to do anything else but let the jarring transition speak for itself – and it does, as do other perceptive inserts of photographs and archive footage. We see the chilling 1957 snapshot of teenage Dorothy Counts surrounded by jeering white classmates on her first day as an integrated student in Charlotte, North Carolina. And, later, the infamous video of Rodney King being clubbed by white LAPD officers – the instant familiarity of the clip, perhaps as infamous today as the Zapruder film, serving as a commentary in itself. 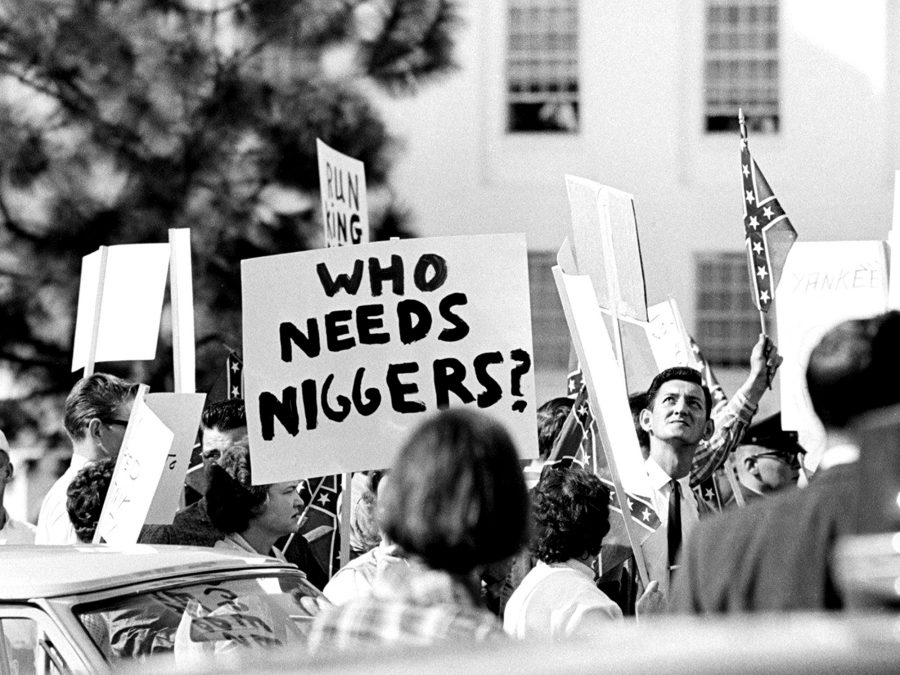 In this way, I Am Not Your Negro functions as a vital, penetrating social critique, one inextricably connected to anxious contemporary times. And how could it not be? Progress has certainly been made in America and yet so many of the dismissals, disappointments and hostilities experienced by black people in Baldwin’s era have only persisted in the present. In one sequence, the film jumps from historical images of Times Square to Peck’s newly-shot footage of the neighbourhood today, lingering on the gaudy window displays of various tourist shops. In one window, we see bobbleheads of famous figures, including a prominently-placed Martin Luther King, Jr.

Yes, King is now a national hero, so much so that his likeness is readily reproduced in souvenir form alongside George Washington and John Wayne, he of the barrel-chested, Native American-slaughtering screen persona, which manifested, in Baldwin’s eyes, as that of an “immature bully.” Dr King has been commodified, without complaint, in the city where Baldwin once torturously came of age. The same city in which unarmed black men like Eric Garner and Akai Gurley were shot and killed by public servants whose job it is to ensure their safety. The same officers who harassed and assaulted Baldwin when he was as young as 10 years old.

Peck doesn’t always explicate these insights but Strauss’ patchwork, time-hopping montage allows us to infer them all the same. She seamlessly interweaves numerous graphic fragments (which include Baldwin’s university lectures and additional talk show appearances, as well as excerpts from various Hollywood movies) with the film’s central text, culled and stitched together from various Baldwin works. These range from his seminal New Yorker essay ‘Letter from a Region in My Mind’ to extracts from ‘The Devil Finds Work’, an essential collection of film writing in which Baldwin espouses on everything from the reassuringly weakened presence of Sidney Poitier to Joan Crawford and Bette Davis’ conspicuous resemblance to the black women who surrounded him in his youth.

In these latter passages, I Am Not Your Negro openly reckons with the tragic representational history of its medium through Baldwin’s personal recollections. At one point Baldwin remembers the black actor Willie Best (saddled with the derogatory stage name “Sleep n’ Eat”) and his brief performance as a petrified janitor wrongfully accused of murder in a 1932 horror film called The Monster Walks. “The janitor’s role is small, but the man’s face bangs in my memory until today,” recites Jackson. “He both scared me and strengthened me.”

The residual effect of these eagerly-accumulated and savvily-structured sources is something more complex than mere hagiography, even though the filmmakers’ admiration for Baldwin cannot be disputed. Their artful technical execution, coupled with Jackson’s masterful narration, elevates the film’s portrayal of Baldwin, who registers as something close to a sentient being thanks to the constant flow of his views and image. This is a praiseworthy feat that has been attempted to lesser effect within recent bio-docs like Amy and Listen to Me Marlon, which tackily employed the recorded voices of their primary subjects as spectral guides, commenting on their own rises and falls from beyond the grave.

Peck’s film doesn’t waste time recapitulating Baldwin’s legacy and refuses to turn him into the marble statue that so many heroes become when centralised in fawning nonfiction movies. Instead, Peck and Strauss, through fluid, train-of-thought edits, reawaken Baldwin’s entire mindscape, one brimming with ideas and obliquely attuned to a present that is both changed from and familiar to the past. Wherever his brain wanders, our attention invariably follows. Indeed, I Am Not Your Negro excels precisely because it values Baldwin’s genius above all else. His aching, hard-earned wisdom has wavered in and out of the American consciousness in the decades since his death, but Peck’s film places it at the forefront, which is where it has always and unquestionably belonged.

I Am Not Your Negro is released in the US on 3 February and in the UK 7 on April.

There has seldom been a more appropriate time for Baldwin to find his way back to our screens.

A film as muscular and multidimensional as the words of its subject.

Peck has crafted a cinematic experience to both savour and learn from.