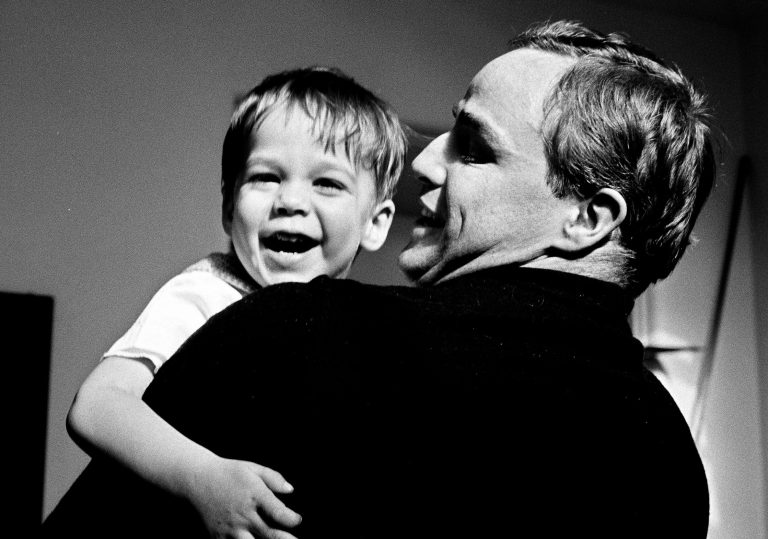 Brando in his own words. Big.

Doesn’t quite live up to the promise of its fever dream opening salvo.

Like the man himself, compelling and confounding in equal measure.

In his 2005 memoir, ‘Marlon Brando: The Naked Actor’, George Englund recounts his relationship with the eponymous acting titan in great detail while offering little in the way of genuine insight – this despite he and “Mar” having apparently remained close from 1954 to the latter’s death in 2004.

It’s not so much a failing on Englund’s part, more a reflection on the complex nature of this famously private iconoclast. Reading it, you get the sense that not even Brando’s best friend really knew him. Watching Listen to Me Marlon, you begin to understand why.

At the beginning of Stevan Riley’s film, we’re greeted by Brando’s digitsed floating head. It’s a slightly haunting, hypnotic start to an unorthodox biography comprised of previously unreleased audio material in which Brando attempts to unwrap his own enigma via self-hypnosis therapy sessions. Riley was granted access to hundreds of hours of recordings, allowing him to eschew talking heads in favour of intimate self-examination, so it’s disappointing that the director reverts to a more conventional archive footage format for the remainder of his documentary.

Riley also misses a trick by not providing any context as to how and when each confessional was recorded, instead preferring to chapter his film according to the more obvious career milestones and notable personal conflicts and tragedies. We’re reassured that Brando was one of the greats – that much is undeniable – and reliably informed that he was prone to displaying the kind of manipulative, narcissistic and paranoid behaviour that fuelled his notoriety within Hollywood and tarnished his public image. He was a dreamer, a womaniser, a principled political activist, a lousy father. A reluctant superstar who broke the mould and then lost the plot.

Brando in his own words. Big.

Doesn’t quite live up to the promise of its fever dream opening salvo.

Like the man himself, compelling and confounding in equal measure.