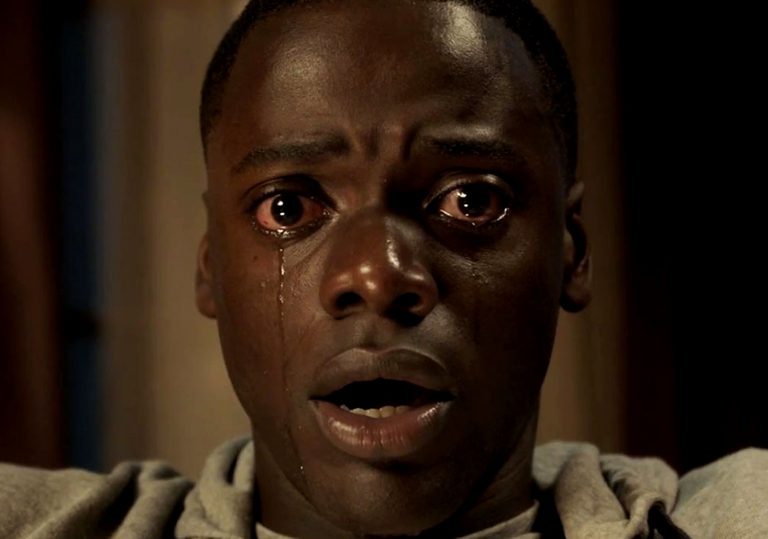 Race and horror – a match made in heaven!

Brings an African-American perspective to the horrors of white appropriation.

Get Out proves that the divisions between comedy and horror are not black and white.

A beleaguered protagonist struggles to determine whether he is just being paranoid, or if there truly is a grand conspiracy – with him as its malevolent focus. While one way to approach this sort of material is through the filter of horror, another would be just to make a straight docudrama (or even documentary) on black lives in white America.

For in their way, films like 12 Years a Slave, 13th, I Am Not Your Negro, Loving and The Birth of a Nation (either one, really) all tell stories of everyday African-American experience that are as nightmarish as anything found in your average slasher or monster movie. The genius of Jordan Peele (of Key & Peele and Keanu fame) is to merge these two modes in Get Out, his feature debut as writer/director, using the wilder tropes of the horror genre to expose truths about race relations in contemporary America. The results are tense, uneasy and darkly funny.

“Do they know I’m black?” talented photographer Chris Washington (Daniel Kaluuya) asks his girlfriend Rose Armitage (Allison Williams) before they head off from New York City to her parents’ house upstate. The set-up is a perfect blend of Guess Who’s Coming to Dinner and Meet the Parents, but despite the forced bonhomie of retired neurosurgeon Dean Armitage (Bradley Whitford) trying desperately to be down with his new homie Chris, and the hospitality of Dean’s psychiatrist wife Missy (Catherine Keener), Chris just cannot relax. Even when hypnotised.

Perhaps it’s the way he was harassed by a white cop on the drive over. Perhaps it’s the fact that the Armitages, for all their avowals of liberal values, have black help (Betty Gabriel, Marcus Henderson). Perhaps it’s the decidedly odd behaviour of their groundskeeper, Walter (Marcus Henderson), housekeeper, Georgina (Betty Gabriel), or of Logan (Lakeith Stanfield), the only other black guest at the weekend party. All three seem to have near completely assimilated their speech and gestures to the otherwise caucasian culture around them.

Or perhaps it’s just Chris’ avowed instinct to become nervous “if there’s too many white people.” It seems more likely, however, that there really is something more sinister going on, as is suggested by the film’s violent prologue. Half the macabre fun of Get Out is discovering just what that something is.

Aside from the naked belligerence of Rose’s brother Jeremy (Caleb Landry Jones), the Armitages and their white guests all welcome Chris to their extended family with admiration, even envy. But they seem unable to talk about anything but race, however positively, in his presence. The awkwardness of it all, observed with great nuance by Peele, makes for a perfect comedy of manners, until cringe becomes something altogether more horrific – even if Chris’ paranoid friend Rod (Milton “LilRey” Howery) continues to bring the comic relief.

Race and horror – a match made in heaven!

Brings an African-American perspective to the horrors of white appropriation.

Get Out proves that the divisions between comedy and horror are not black and white.