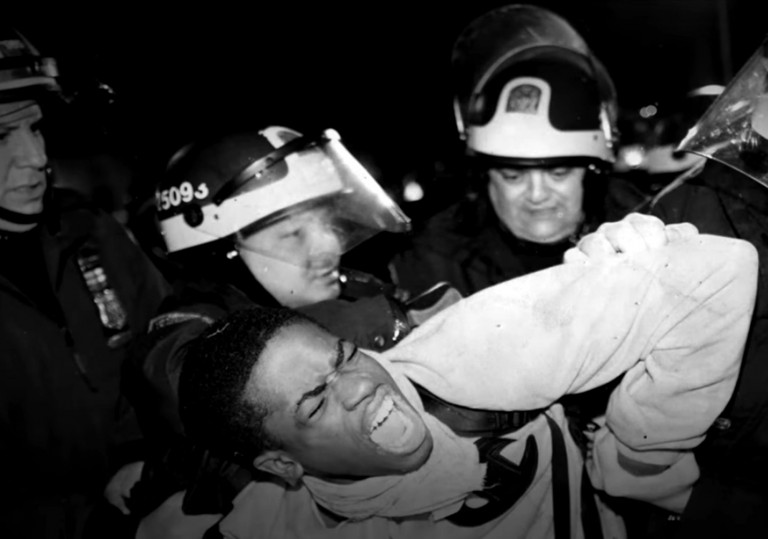 One of America’s brightest filmmakers tackles a burning issue.

It takes a page out of the agitprop playbook, but with good reason.

How is it possible that a century and a half after the abolition of slavery in the United States, statistically one in every three African-American males will at some point find himself behind bars? This is the question posed by director Ava DuVernay in 13th, her follow-up to Selma and first full-length documentary since her 2008 feature debut, This is the Life.

Taking as its point of departure the 13th Amendment to the US Constitution, which outlaws “slavery or involuntary servitude, except as a punishment for crime,” the film demonstrates how that exception has allowed for the systematic mass incarceration of black bodies on tenuous grounds, and for durations of time that far exceed the severity of their offences. We see that the American justice system is plainly rigged against the poor. The film’s greater revelation is that in recent history, the government has actively pinned criminality onto the disenfranchised.

Rates of imprisonment began to soar in the 1970s, when Nixon and his allies declared the so-called War on Drugs. As interview subjects on the political left and right alike concur, this was in reality a thinly veiled attack on poverty. Crack was policed with a ferocity that matched the laxity on cocaine. News coverage and subsequent upswings in criminal arrests went a long way towards cementing the image of criminals as black in white America’s collective subconscious.

This cataclysmic turn of events came almost immediately after a period in which African-Americans had wilfully submitted to arrest. As Henry Louis Gates Jr, one of several prominent intellectuals to appear in the film puts it, the brilliance of the civil rights movement was its “transformation of criminality.” Protesters combatting segregation and other racist laws made being imprisoned into a noble act.

13th also impressively historicises its own tactic of shocking the masses with graphic evidence of violent oppression. For instance, the film considers the effect that autobiographies of freed slaves such as Olaudah Equiano or Solomon Northrup (author and subject of ‘Twelve Years a Slave’) have long exerted on the national conscience. This rather macroscopic approach to American history moves in and out of focus as the film addresses specific issues. At the same time, it never impedes a resoundingly contemporary viewpoint.

Far from simply a missive from the Black Lives Matter movement, 13th offers a specialised introduction to the prison-industrial complex. As President Obama notes in an excerpted speech at the beginning of the film, the US has five per cent of the world’s population and a staggering 25 percent of its prisoners. DuVernay’s film lays bare both how this has come to be and why it must change.

One of America’s brightest filmmakers tackles a burning issue.

It takes a page out of the agitprop playbook, but with good reason.