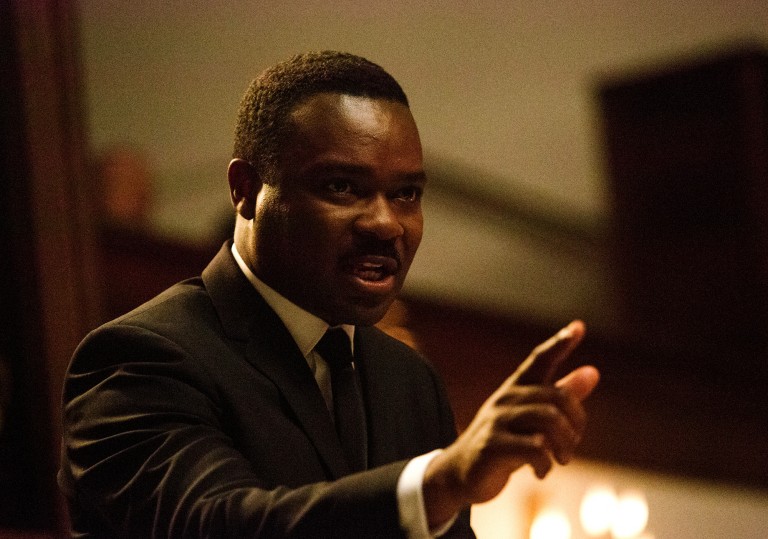 The noise around Ava DuVernay’s film has become deafening.

A vital piece of work from an invigorating new voice. Oyelowo is a revelation.

DuVernay and Oyelowo announce themselves as major talents.

Racially-motivated violence perpetrated by white, state-appointed agents upon black civilians has swiftly and tragically become one of the defining social traumas of the modern age. Director Ava DuVernay’s devastating drama, Selma, frames this problem as a case of history in chronic revolution, though the film’s timeliness only enhances its power as a sophisticated, rigorous and unsentimental investigation into how violence is allowed to flourish through bureaucratic institutions rather than bigoted communities.

Yet Selma would pass as a great movie whatever the current news agenda, as it explores issues of universal import such as the nuances of popular protest, the media as a tool for political dissemination, how rhetoric can be transformed into action, and the fact that radical change will only likely be achieved by wading through pools of hot blood.

The film charts the indirect stand-off between the black denizens of Selma, Alabama who, in 1964, have been systematically denied voting rights by white oppressors, and President Lyndon Johnson (Tom Wilkinson) who refuses to sign-off laws which would strike out intimidation and (finally) give a democratic voice to a representative majority regardless of skin colour. Key to its success is that despite chronicling real events, Selma is not a biopic. David Oyelowo scintillates as Dr Martin Luther King Jr, perfectly emulating the hard, rolling ‘Hs’ as well as the lilting, latent musicality of his speech patterns while never coming across like a overly-studied collection of carefully imitated character tics.

The numerous passages in which MLK orates to a congregation in Selma match (if not quite transcend) the intensity of similar scenes delivered by Denzel Washington in Spike Lee’s comparable 1992 epic, Malcolm X. There is a beautiful consistency to Oyelowo’s performance, especially in the delicate tonal overlap between King’s private and public personas. Part of the film’s potency derives from the fact that DuVernay, Oyelowo and co-writer Paul Webb opt against making King the subject of the film, instead placing him as a guiding figure whose decisions exert a profound effect on history. Discourse is the subject. Obligation in the subject. Selma is the subject.

The film is broadly celebratory of King’s successes without ever erring into tasteless triumphalism or suggesting that these victories will have direct ramifications in the distant future. King is not lionised — far from it. Indeed, the energy and hope inferred by the finale, which sees King lead a civil rights march from Selma to the Alabama State Capitol in Montgomery, is dulled if not reversed by the knowledge that the results of his good work were transitory at best.

Selma has few comforting words for those with retrograde attitudes, such as ol’ boy Alabama governor George Wallace (Tim Roth), though in the spirit of its subject, refrains from painting these racists as stock hate figures. Though it sees no occasion for humour (perhaps rightly so), the film comes across as a spiritual descendent to one of John Ford’s civic fables such as Young Mr Lincoln or The Sun Shines Bright, which is high praise indeed.

The noise around Ava DuVernay’s film has become deafening.

A vital piece of work from an invigorating new voice. Oyelowo is a revelation.

DuVernay and Oyelowo announce themselves as major talents.