How to write a film score for an intimate character study 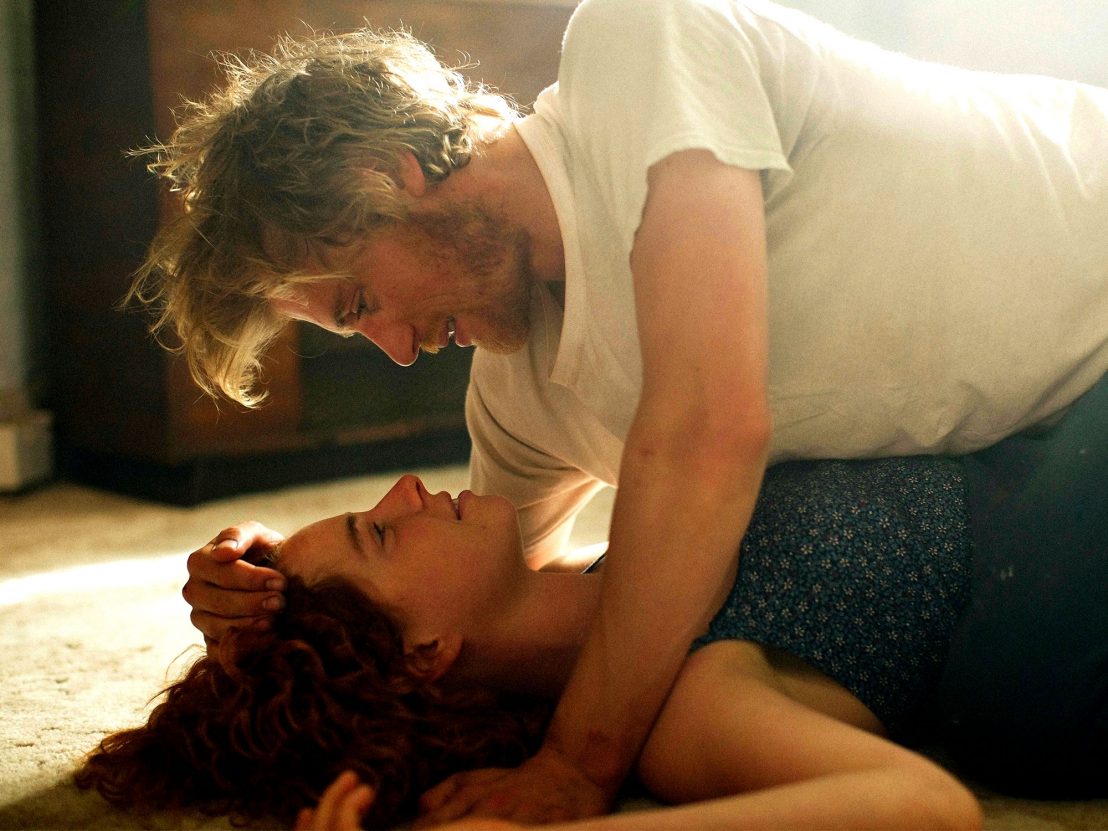 Brighton-based composer Jim Williams cut his teeth working on the films of Ben Wheatley: Down Terrace, Kill List, Sightseers and A Field in England all hold in their respective atmospheres the psychological tension of a character-driven approach to scoring. Also an accomplished session musician, Williams set aside the pursuit of what he calls his own “musical language” to collaborate in the delivery of directors’ visions. Whatever has been lost in terms of private ambition is the gain of film lovers who appreciate the ineffable mood that can be struck by an emotional score and how it takes us into the soul of a character.

More recently, a new theme has emerged in Williams’ work. Both Julia Ducournau’s female cannibalism horror Raw and Michael Pearce’s eerie fairy tale psychodrama Beast concern the primal awakenings of meek female characters. Neither film would achieve such peaks of tingling emotional resonance without the richly discordant sound of longing for something beyond the binds of polite society.

It’s striking that two character studies with such a strong handle on female lust should be scored by a man. Asked about this point-blank, Williams laughs: “I’m in touch with my feminine side! I grew up with two older sisters and a mother and a very neurotic and colourful father so I’ve been used to being with women. I do my best trying to understand where women are. I’ve been married twice. It goes on!” Here Williams provides an insightful six-point guide to the art of character-oriented film scoring.

1. Expose what isn’t already there

Anyone who watches a lot films will be familiar with the way scores can be used to underline a superficially obvious mental state. As Williams explains: “If there’s a scary scene and there’s a big slab of noisy atonality that’s merely describing what’s already being filmed. The classic counterexample is in Raging Bull where you have this terrible violence going on in the ring but you have beautiful music going on underneath so the audience has to engage in the viscerality and pain that these people are going through on a different level.

Williams brings out the psychological interiority of characters by channelling emotions which feels painstakingly transposed from his depths. When asked if he sees himself in the finished characters of Moll from Beast and Justine from Raw he replies, “Absolutely. One is so immersed in those characters when writing a score. Some of those scenes I try to convey what is happening at that particular point without being over the top, without distracting everyone from the more important thing of what’s happening next. I try to understand what people are feeling all the time. There are two ways of having a conversation. You talk about the nuts and bolts – what time we’re going to meet – or you consider how the other person is feeling about meeting. It’s the stuff below that’s more interesting to me.”

Justine in Raw is abandoned and insatiable, an 18-year-old with little backstory, only an intense new appetite propelling her forwards. Moll’s awakening is set against a history of oppression from her family, from former bullies and finally from awareness of her own capacity to do harm.

“When I first saw Raw I thought it was a great film before I wrote a single note. I just tried to keep that amazement about what’s going on. Justine’s confused but she’s also quite lustful and really up for it and then questions her morality. It’s a rollercoaster ride of feelings. I went along with it and by the end we had some heartrending music. Half way through we had visceral rock. Early doors we had some naive children’s music and acoustic guitars so it’s just an arc and a really exciting one.” 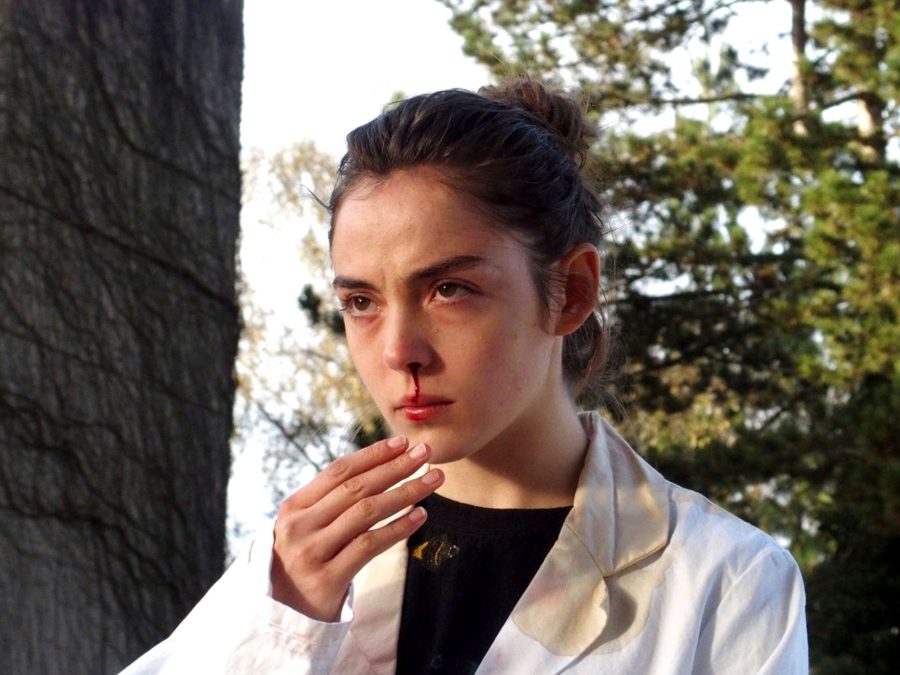 4. Be humble and reactive

“The thing about scoring is that it frees you from the whole angst of trying to find your own musical language. [It] stops me raking over the coals of trying to become a relevant modern composer. First of all you have to find out what kind of sound palette the director will go along with. If you’re going to bring some aspect of another culture, whether it be nursery rhymes of jazz or classical or atonal music that can be quite tricky for a director because they have their own vision of what they want their cultural expression to be. The conversation is whether or not the director wants to use the power of the other culture, like Tarantino does or Hitchcock did, or whether they want to do something that’s more of a non-specific musical cultural event that doesn’t nod to a period.

“Raw was unusual because I used aspects of classical harmony. That’s unusual in this day and age because it’s quite on the nose. Emotionally it’s very direct. It brings a lot of cultural baggage whereas something that’s a bit more sound design or ambient doesn’t, it’s just part of the fabric of modern scoring and modern music. Then I write some stuff then a lot of that will be rejected, and then I’ll write some more. I don’t mind this part of the process, as long as you can get to the point where we know we’re moving forward. With Raw, there were key themes and scenes where they were passed and other scenes where there were lots and lots of revisions until we had a spine in place.”

Dark groaning strings permeate Beast, sometimes bleeding into richer musical compositions, sometimes standing apart like a single tortured noise. This begs the question: where does the work of a composer end and that of a sound designer begin?

“I have taken credit for some sound designers’ work and vice versa because I’ve done music that’s sound design and sound designers have done sound design that turns out to be score. I consider myself a composer but when I’m required to do sound design, I can’t really do the things that I’ve been discussing so far, it’s more a mood as in: is it tension? is it foreboding? That’s what sound design tends to do. It doesn’t really talk of feelings so much, apart from perhaps anxiety. Although I have a straight viola player in Beast, there are tonnes of occasions where I’ve put delays on it and mashed it up and slowed it down and then suddenly is that part of the score or is it part of the sound design? It all becomes a grey area.”

Although he says he has set aside the pursuit of a personal musical language, Williams does have his own musical language. Maybe it’s not front and centre. Maybe it’s in service of a collaboration. But it is unmistakably him. His language is one of piercing compulsion. Like a knife twisted in the guts then coming up clean, ready to be plunged in again and again. There are a few place in his scores where you get to hear this sensibility unleashed, even though they are not the norm.

“I don’t think there’s much place now for flash scoring where you admire the writing in terms of scoring gymnastics, like you had [Wolfgang] Korngold and [Miklos] Rózsa and [Max] Steiner and all those people doing phenomenal orchestral works. Having said that, with Raw I think the music is pretty overpowering in the finger scene. I went for a ’70s, ’80s fuzz bass and distorted hammond organ as well as synthesisers. I went bombastic. We didn’t budget for a full orchestra so I went for this grand rock band sound but not in the traditional sense. There are phenomenal amounts of possibilities when it comes to writing a scene as big as this. In terms of what I use I decide on what I think culturally is going to give it a slap in the face.

“Sometimes when you’re watching the television there’s signing going on for the deaf. The person is signing very passionately about what’s going on in the image and the image is quite passive in comparison. Well, the music at the end of Beast and the music in the finger scene of Raw is doing what that’s doing. It’s going, ‘Oh my god!’ We really have to take note of this.’ I’m not making it big as you would do if it was a romantic scene in the 1950s. I’m saying: this is devastating, or transformative. I let the audience know: this is how you can feel.”

Find out where Beast is showing near you at beast.film