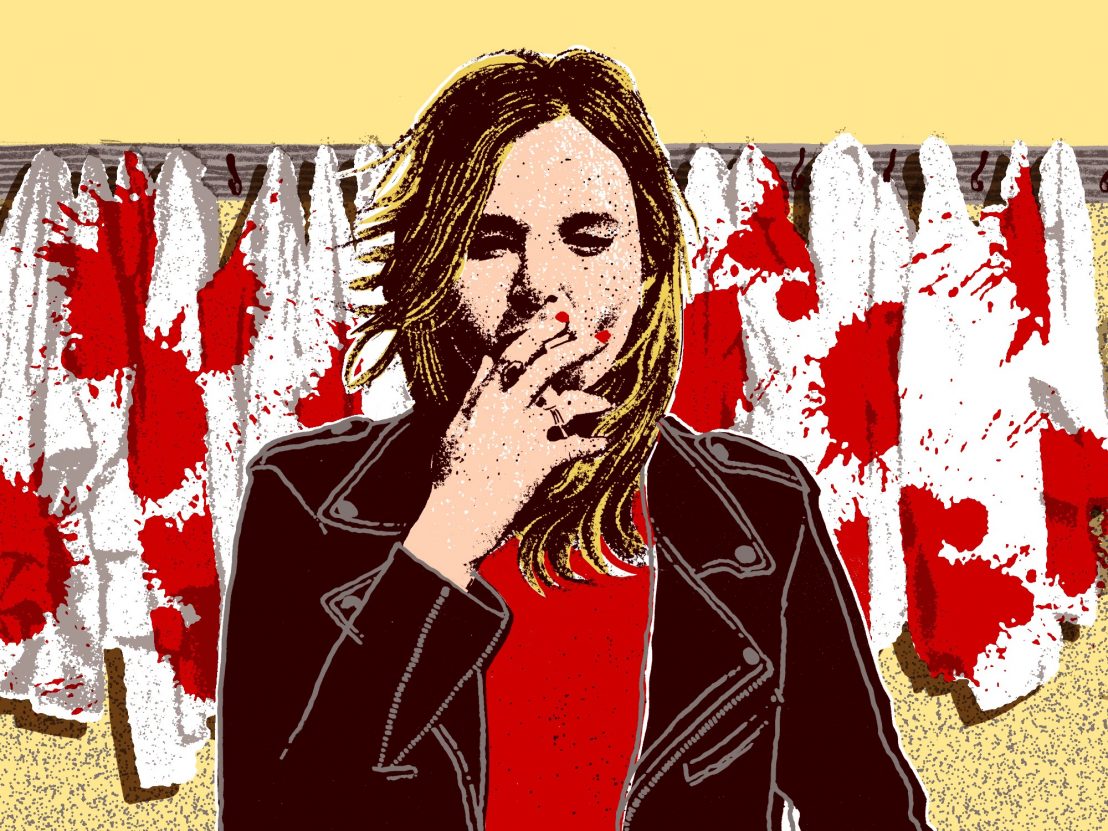 Amid the polite, foreign-language fare you usually catch at the Cannes Film Festival, there’s usually a rogue treat thrown in for genre fans. In 2016, it was Julia Ducournau’s teen body horror, Raw. Here this outspoken first-time director delves under her film’s thick skin.

LWLies: If you enter the film’s title into Google, the first result that comes up is a story about someone having a heart attack at a screening.

Durcournau: A heart attack? No, it was two people not feeling very well out of a room of 1200 people. It’s really funny that the emphasis was on two people who didn’t feel well when 1198 people were feeling good! But I understand that. It’s a disturbing movie, definitely.

One interviewer referred to Raw as a horror film and you responded by saying you weren’t keen on such generic ways of describing movies.

Just because I love horror movies, it doesn’t mean I think that my movie is one. Raw wasn’t written to scare people. To make them uneasy, to disturb them? Yes. But to scare them? No. I watch horror movies almost every day. It’s not a gorefest. If I had wanted to show only the gory moments of the girls eating bodies, I could have done that. My movie is more of a crossover between comedy-drama and body horror. I use different types of film grammar, so I don’t think it fits into one particular box. I don’t want people to expect scares because they’ll be disappointed.

There’s an interesting idea at the centre of the film that says we’re all the product of our parents.

The good thing is that none of the parents in the movie are anything like my parents, so they didn’t take it personally at all. For me, it’s not so shocking. When you want to build yourself up as an adult, you have to let go of certain things. Sometimes it hurts people when I say that family is a form of determinism, but I think it is. You see patterns reproduced, even if it’s against your will. It would be interesting to see if there’s an evil pattern in my family that I might be doomed to reproduce. Is there anything I can do? Am I the product of my parents, or am I my own self? It’s about questioning to what extent you have a chance to act on things.

Could Raw be remade in the US?

I have no idea. It would be a big surprise to me if there was a remake, but why not? It’s true, in France we don’t have big campuses like the one I used in the movie. I said to the location people I wanted something a bit American, a big school like you’d find in a city. But I have a lot of American references in my head. It makes it less claustrophobic when you know you’re going to make a movie that takes place in a school. The idea of being stuck in classrooms was, for me, unbearable. And so I really needed this difference kind of space to be able to do wide shots of nature and the sky. It was important to me because I know that with such a dense and disturbing topic, visually, we would need to breathe a bit.

When you wrote the film, was the central character always a girl?

Yes. It’s an instant reflex because I’m a woman. The movie is quite personal, so it was more easy for me to relate to a female character. Which doesn’t mean I’ll never write about a male character. A screenwriter and director should be able to relate to any character – our job is to have imagination. If I want to write about a dragon, I need to feel for the dragon. We can make anything exist. It’s not writing about a man or woman, it’s writing about everything. There is a piece of me in every character.

I think there was something to be done about how you approach sexuality when you are still a virgin, and a child. It was important to approach this from a girl’s point of view. In most movies, losing your virginity is unfortunately always associated with something very sacred, very important. I think this is very outdated and no longer relevant. For me, girls have needs just as boys do, and they can fulfil their needs without complications and shame. I wanted to present sexuality in this way, as a big ‘fuck you’ to everyone.

The director of A Girl Walks Home Alone at Night is back with a bang.