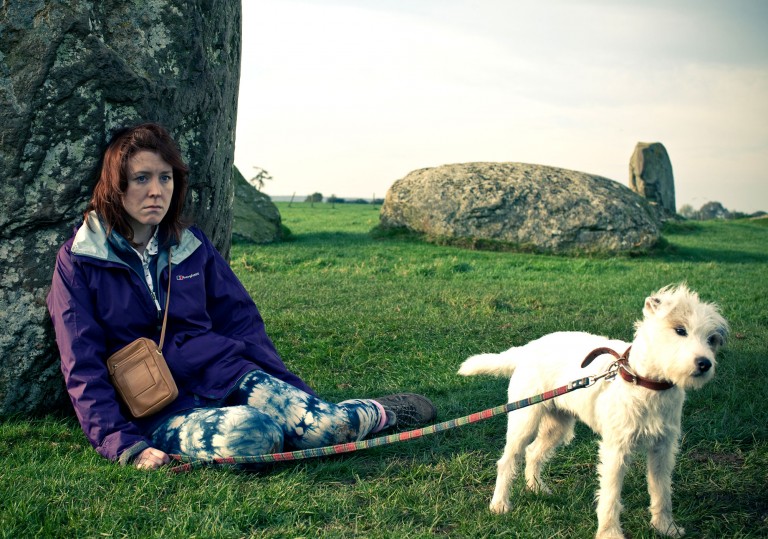 The director of Kill List takes us on a summer holiday.

A pitch-black anti-rom-com that doesn’t quite come off.

Does for caravanning what Deliverance did for canoeing.

Ben Wheatley makes the kinds of films that feel like they’ve been ripped from someone else’s nightmares. His first two features, Down Terrace and Kill List, were both profoundly dark, enigmatic thrillers that put low-rent black comedy back on the British cinema menu.

Without ever living up to the high standards of his previous work, Sightseers, Wheatley’s third film in as many years, is another entertaining slice of kitchen-sink eccentricity.

But it’s time for Tina to start putting her own happiness first. So she and Chris grab their camping gear and hit the M1 enthused by the prospect of sampling the finest tourist traps Yorkshire has to offer – top of the list: the Crich Tramway, the Ribblehead Viaduct and the Keswick Pencil Museum.

Though it begins innocently enough, their romantic getaway descends into a sociopath’s jolly after a fatal incident during a scheduled stop off results in Chris revealing a disturbing pathological impulse. Alarmed but eager to please, Tina lets her inner sadomasochist loose and the film takes a sharp left turn into black farce. Imagine if Mike Leigh remade Badlands after binging on video nasties and reruns of The Good Life for six months and you’re somewhere close to Sightseers.

Yet for all that this supremely nutty and violent tale of lovestruck sickos on a rural killing spree is morbid fun for the most part, something doesn’t quite sit right. There’s no sense to the slaughter; the victims are portrayed as ignorant, vulgar, conceited or otherwise obnoxious but they are all fundamentally innocent strangers, and Chris and Tina’s unmitigated apathy makes it impossible to care about them individually or as a couple. Which is a problem when you’re making a film in which the narrative is driven by the emotional ebb and flow of being in a young relationship.

Lowe and Oram fleshed out their initial concept after TV bosses rejected it for being too twisted. Perhaps Sightseers would have worked better as a mini serial, where an episodic structure would lend itself to spending time with characters who – like Steve Coogan and Rob Brydon in Michael Winterbottom’s The Trip – are best suffered in small doses. In any case, Lowe and Oram are an amusing doubleact and their script contains some terrifically deadpan moments.

As for Wheatley, chalk this one up as a solid but unspectacular addition to his small but very impressive canon. He’s signed on to direct an American creature feature called Freakshift next, which he plans to follow with a psychedelic 17th century drama set during the English Civil War. Bring it on.

The director of Kill List takes us on a summer holiday.

A pitch-black anti-rom-com that doesn’t quite come off.

Does for caravanning what Deliverance did for canoeing.