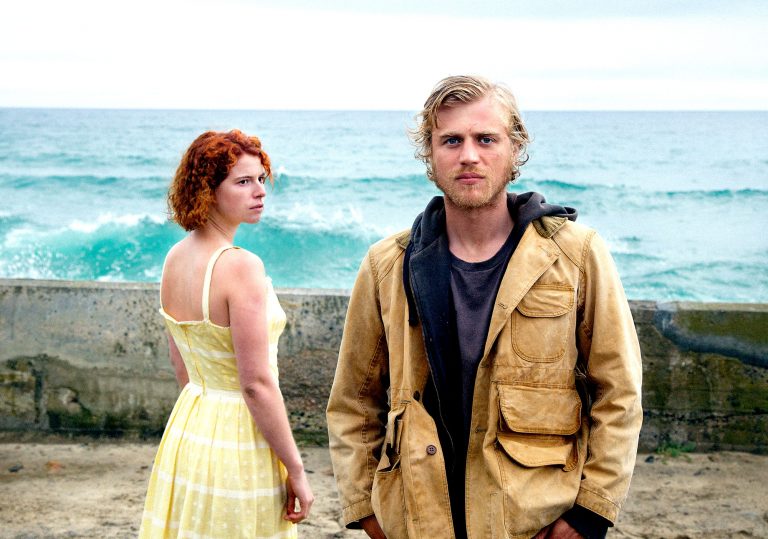 Not much to go on, but the premise looks intriguing.

A scenic spine-chiller bolstered by a magnificent leads.

Not quite England and not quite France, the isle of Jersey occupies a unique space within Europe. While the picturesque idyll is primarily known for its temperate climate and history of cattle farming, in Michael Pearce’s Beast, it takes on the sinister identity of a suffocating enclave in a strange state of social flux. As much a character as the people inhabit its sweeping coastlines and dark crevices, it provides an ethereal, eerie setting for first love and last rites.

Jersey makes for a beguiling setting at once familiar and strange, the contrast between dreamy summer holiday spot and sparse wilderness highlighted through smart cinematography (c/o Benjamin Kracun). A sense of literal and metaphorical isolation – the suggestion that life on the island trickles rather than flows – renders Beast a drama that meanders slowly but purposefully towards its agonising conclusion.

Turning to more human characters, Beast presents audiences with Moll (Jessie Buckley), a troubled young woman struggling under the iron grip of her controlling mother. Slight and fearful with wide brown eyes, she goes about the summer with a restrained longing, working as a coach tour guide by day, and battling familial tensions with her parents and siblings at night. The catalyst for change in her stagnant life is the appearance of Pascal (Johnny Flynn), a rough, mysterious loner who Moll finds herself drawn to despite the distain of her family and the wider community.

While puppy love unfolds between Moll and Pascal, a murderer is on the loose, preying on the island’s teenage girls. As tensions begin to flare and accusations stack up, Moll is forced to confront the very real possibility that her new beau is not all he claims to be – and more worryingly, the uneasy thought that she might not care. On the surface, Pearce’s film sounds like a fairly conventional bad-boy-meets-good-girl-chaos-ensues romp, along the lines of Badlands or Natural Born Killers, but there is so much more buried beneath the topsoil, waiting to be unearthed.

The relationship between Moll and Pascal, whilst central, is by no means the film’s heart. This instead belongs to the performance given by the astonishingly good Buckley, who pivots from morose vulnerability to snarling rage in a moment’s notice. Her wide-eyed candour is captivating, but it’s the subtlety with which she reveals Moll’s spiralling descent into darkness that really resonates.

Meanwhile Flynn provides an intriguing foil as Pascal, an erratic, mysterious presence whose primary method of communication is a loaded stare or a knowing a grin. Two outsiders in a close-knit community, Moll and Pascal are quick to set themselves up together against the world, but there’s always a creeping sense that their folie à deux can’t last forever.

Beast is an accomplished debut feature for Michael Pearce, who for the most part manages to bring fresh ideas and characters to the established sub-genre of romance-tinged thrillers. The only real misstep is an ending that feels altogether too tidy given the film’s frayed edges, but there lurks a sense of breath-stealing unease even within its final frame.

Not much to go on, but the premise looks intriguing.

A scenic spine-chiller bolstered by a magnificent leads.