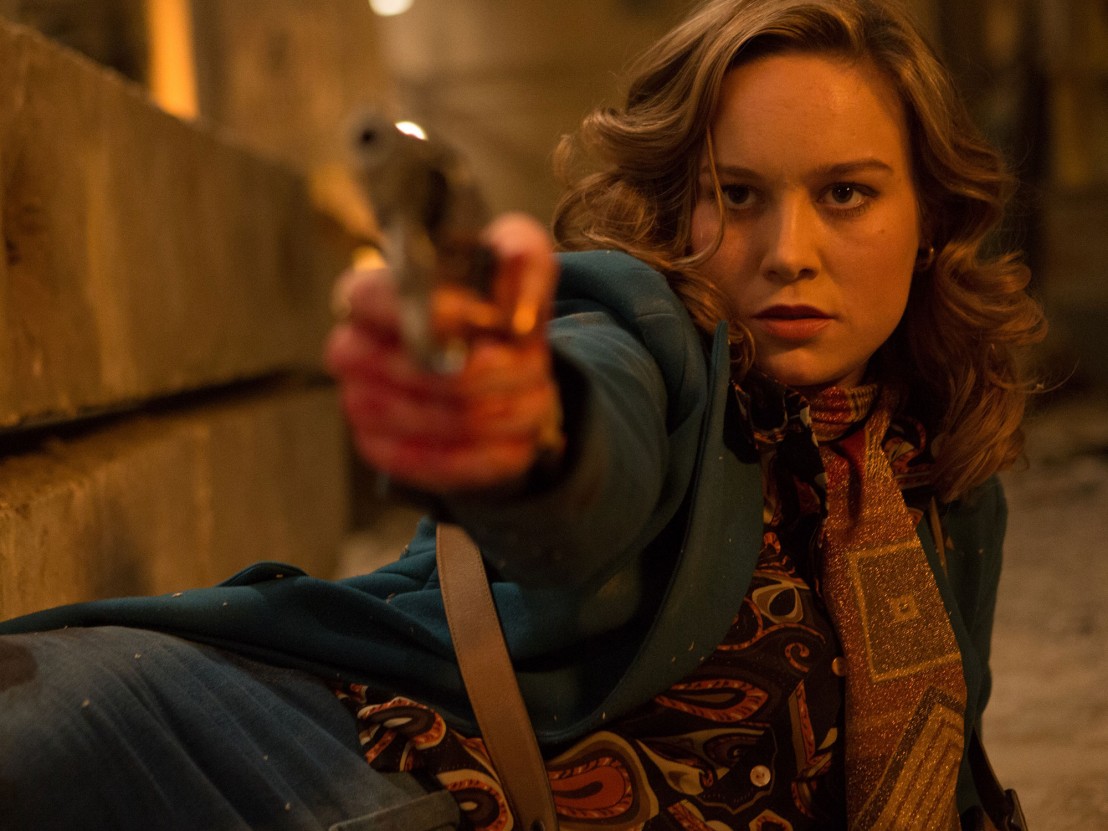 It’s time to get your diary out and start noting down some of the cinematic delights heading our way over the next 12 months. When you’ve scribbled down all your must-sees, check back over the first part of our 2017 preview.

Based entirely in an abandoned warehouse with a shoot-out occurring between two rival Boston gangs, Ben Wheatley’s latest has all the makings of an honest-to-goodness genre classic. Brie Larson and Cillian Murphy star alongside Sam Riley, Armie Hammer and Wheatley regular Michael Smiley.

Picking up exactly where The Force Awakens left off – with a recreation of that film’s final scene and the proper funeral for a fallen hero – Episode VIII sees Rey (Daisy Ridley) continue her journey alongside Finn (John Boyega), Poe (Oscar Isaacs) and Uncle Luke (Mark Hamill). Adam Driver will also return to the dark side of the force, with Benicio del Toro also in villain mode. There are even rumours that Yoda will make a posthumous appearance.

Carol director Todd Haynes is working with Brian Selznick to adapt the latter’s book for the screen. Set 50 years ago, Wonderstruck will feature the likes of Michelle Williams and Julianne Moore and simultaneously follows a young boy in the Midwest and a young girl in New York as they both seek the same mysterious connection.

Tomas Alfredson directs Michael Fassbender as Detective Harry Hole, who investigates the disappearance of a woman after her pink scarf is found wrapped around an ominous-looking snowman. Shot in Norway, this creepy sounding crime drama will also star Rebecca Ferguson and Chloë Sevigny.

A remake of Dario Argento’s 1977 horror classic, this features Tilda Swinton, Chloë Grace Moretz and Dakota Johnson and tells the story of a young ballet dancer who travels to a prestigious dance academy in Berlin. However, she soon realises that something far more sinister and supernatural is going on. A Bigger Splash’s Luca Guadagnino is directing.

Gal Gadot takes centre stage DC’s hotly-anticipated summer blockbuster, having already made her debut in the role in Batman v Superman: Dawn of Justice. The story tells of the titular Amazonian princess leaving her paradise island home to save mankind from war and extinction, while saving love interest Chris Pine from various scrape along the way.

Finnish master Aki Kaurismäki is embarking on the second chapter of his ‘Port City Trilogy’ following on from the very charming Le Havre. As the title suggests, the film is informed by the ongoing refugee crisis in Europe. Frequent Kaurismäki collaborator Sakari Kuosmanen is reportedly playing the role of a poker playing restaurateur and former travelling salesman. The Berlin Film Festival is the destination for this one.

This social satire, written and directed by Alexander Payne, was put on hold so he could focus on The Descendants and then Nebraska. It follows the story of a guy who realises his life would be much better if he were to shrink himself. If that’s not intriguing enough in itself, the film was shot in Nebraska, Canada and Norway. Kristen Wiig, Alec Baldwin and Christoph Waltz are set to star alongside Matt Damon.

The Shallows director Jaume Collet-Serra returns to more familiar terrain with this urban action thriller. Starring Liam Neeson (of course), Vera Farmiga and Patrick Wilson, it follows the plight of a businessman who gets caught up in a criminal conspiracy during his daily commute home. 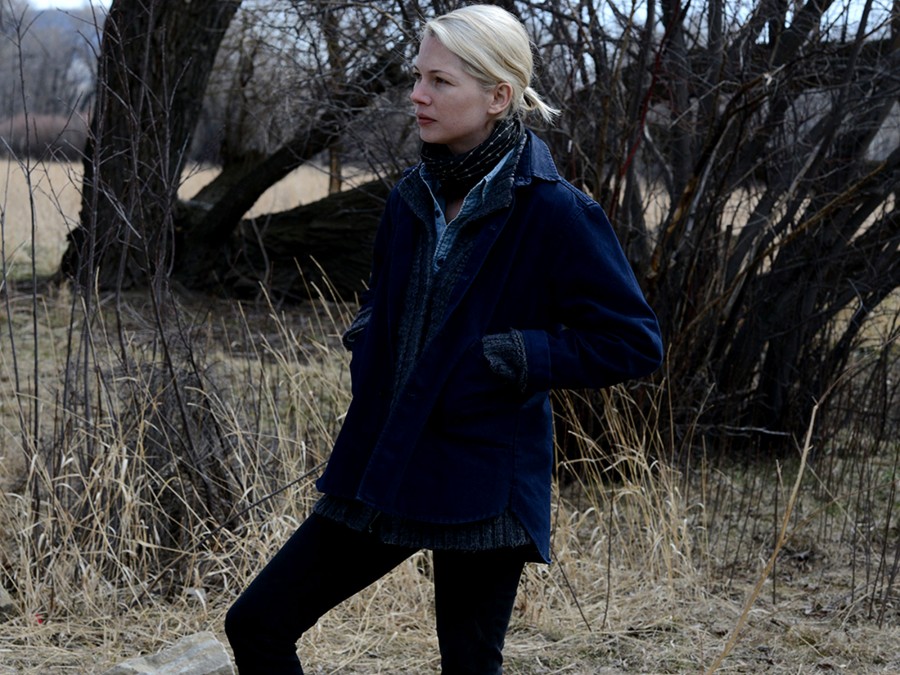 Duncan Jones second addition to the “Mooniverse”, which he has been working on for over a decade, stars Alexander Skarsgård and Paul Rudd. The former plays a mute bartender who goes in search of his missing partner only to wind up in hot water with a Berlin gang. Reportedly heavily inspired by Ridley Scott’s Blade Runner and with Clint Mansell providing the score, we are very, very excited for this one.

Joachim Trier’s latest follows a woman starts to fall in love and discovers that she has powers beyond the realms of human capability. There’s not much else to latch on to right now, but we’re sure there will be a lot more to this one than meets the eye.

After the success of Ex Machina, Alex Garland and Oscar Isaac return with an adaptation of the first book in Jeff VanderMeer’s ‘Southern Reach’ trilogy. Natalie Portman plays a biologist who leaves for a secret and dangerous expedition into a mysterious area labelled ‘X’, where the laws of nature mysteriously don’t apply.

Bale, Blanchett, Fassbender, Gosling, Portman. Welcome to big school. Oh, and did we mention that Terence Malick is directing? The long-gestating Weightless is said to comprise two intersecting love triangles set against the backdrop of the Texas music scene. Producer Ken Kao reckons it’s going to be “very edgy”. Count us in. 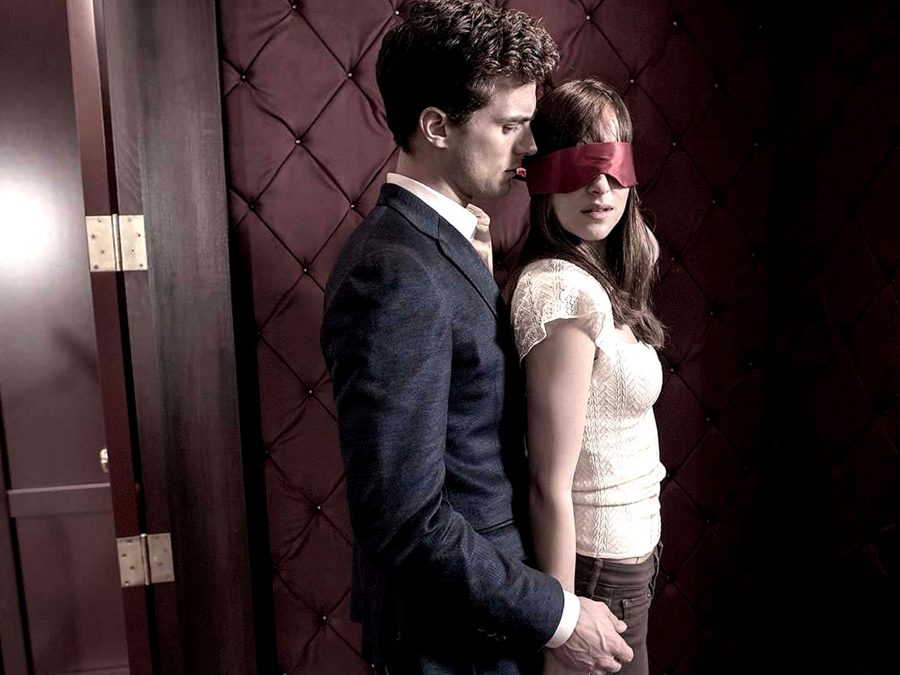 The winning sadomasochistic duo of Dakota Johnson and Jamie Dornan are back with another heady concoction of horror and thriller mixed in with all the hot romance from the previous film (which we kinda loved). Shockingly enough, this sequel is slated for a Valentine’s Day release.

42. The Fate of the Furious

Charlize Theron joins Vin Diesel, Dwayne Johnson and Michelle Rodriguez in the eighth (!) instalment in the muscular auto franchise. We all know by now what to expect from the F&F films, and that’s no bad thing. Buckle up and get set for more ker-azy car-based action.

Often hailed as the worst film ever made, Tommy Wiseau’s The Room is getting a faux behind-the-scenes look courtesy of James Franco. Brother Dave is on board along with Seth Rogen, Zac Efron and Bryan Cranston – the latter presumably involved on the back of Why Him? Seems a funny enough premise, but we really don’t know quite what to expect from this (un?)ironically titled film.

Set in the modern-day shipping industry, The Modern Ocean explores the people who build trade routes. Sounds boring, right? Well, the cast is top notch, with Keanu Reeves, Daniel Radcliffe, Asa Butterfield, Tom Holland and Anne Hathaway all signed up. And even more excitingly, Shane Carruth is on writing and directing duties. Although currently listed as being in development, we’re ready to take the plunge.

Taron Egerton and Colin Firth are back in the sequel to 2015’s Kingsman: The Secret Service. Some extra Hollywood star wattage sees Jeff Bridges, Channing Tatum and Julianne Moore join in the very tongue-in-cheek British spy spoof shenanigans. Matthew Vaughn is directing again too, so all being well this won’t just be a shameless cash-grab. 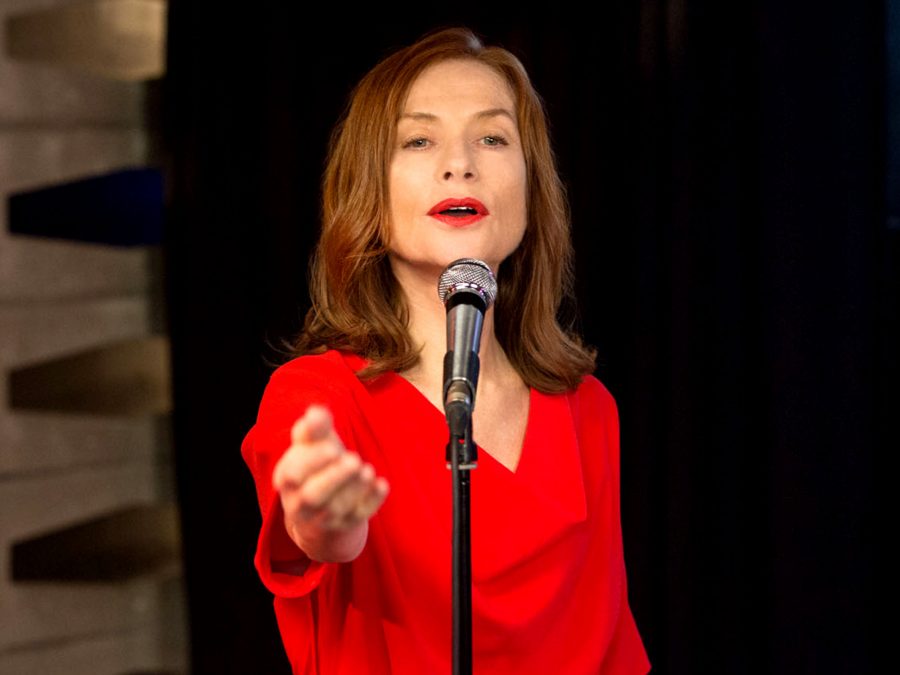 Isabelle Huppert stars as a former European Song Contest star who has fallen victim to the hands of time. After meeting and falling in love with a boxer, the pair set plans for her big comeback. We’re intrigued to see what Huppert and North Sea Texas director Bavo Defurne have in store for us.

47. The Mountain Between Us

Idris Elba and Kate Winslet are the star pairing in the latest film from Israeli director Hani Abu-Assad. Adapted from Chris Martin’s acclaimed novel, it tells the story of a pair of strangers who survive a mountain plane crash. Badly injured, they are forced to trust each other to make it to safety.

Our hearts were well and truly warmed by Paddington back in 2014. Next winter the eponymous bear will be back with Ben Whishaw again providing the voice and Paul King taking the reins as director. This time Paddington picks up a series of odd jobs in order to buy the perfect present for his Aunt Lucy’s 100th birthday, only for the gift to then be stolen. Hugh Grant, Julie Walters and Hugh Bonneville will co-star.

Based on American journalist Michael Hastings’ 2012 book ‘The Operators’, which satirises the inside story of Afghanistan, War Machine features Brad Pitt, Tilda Swinton and Ben Kingsley. Animal Kingdom and The Rover writer/director David Michôd is the primary driving force behind this one, which on paper looks like one of the year’s strongest propositions.

After Sicario and Arrival, director Denis Villeneuve will be hoping to make a big impact with this sequel, now officially titled Blade Runner 2049. Little has been revealed about the plot, but although Ridley Scott dropped out of directing (he remains a producer) Harrison Ford is reprising his role as Rick Deckard. He’s joined by Jared Leto, Robin Wright and Ryan Gosling.

Which films are you most looking forward to seeing in 2017? Let us know @LWLies