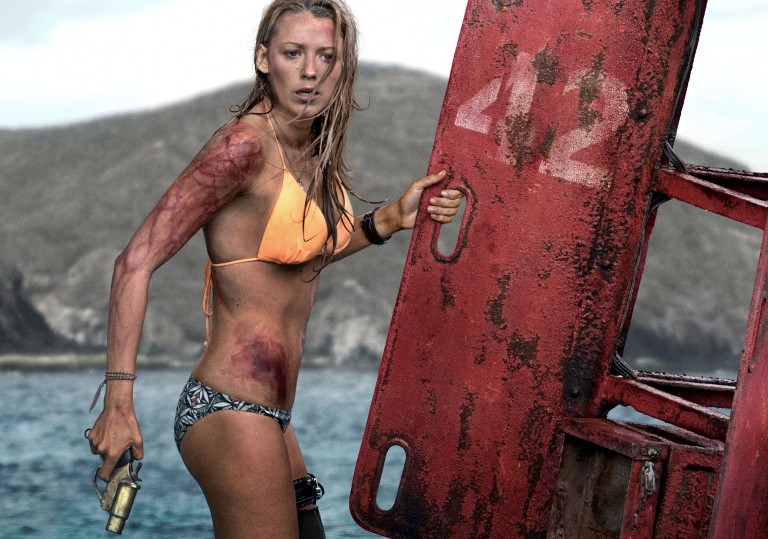 Jaume Collett-Serra is an excellent genre director and this shark movie looks fun.

Jaume Collet-Serra is an excellent genre director and this shark movie is fun!

Is that all there is?

For a certain subset of film critics, the Catalan-born Jaume Collet-Serra – director of such niftier-than-predicted genre fare as Orphan and Non-Stop – is something of a (figurative) great white hope. The Shallows, which is a movie literally about a Great White and hope, fully vindicates his cheering section and at the same time, disappoints on a deeper level. It’s just good enough that you only wish it was better.

Collet-Serra’s great strength has always been his ability to smuggle an element of expressionism into his films’ visual environments: the melting homestead at the climax of 2005’s House of Wax and the bombed-out hotel in 2011’s Unknown describe realities violently dissolving in real time. The blue, crystalline ocean backdrop of The Shallows is his most beautifully suggestive onscreen space yet, a secluded stretch of Mexican beach framed by rocky peaks that look from the shore like the profile of a reclining, pregnant mountain goddess.

Or at least, that’s the verdict of Nancy (Blake Lively), who’s come here to surf the same waters as her late mother 25 years earlier and also, as revealed during a phone conversation with her family, to run away from a life that’s unexpectedly getting away from her, choice-by-choice. “How will you get back?” asks the local man (Oscar Jaenada) who’s driven her there. When Nancy replies, “Uber,” it’s a funny line steeped in grimly ironic portent. We know she’s going to be there for a while.

In a perfect world, posters and trailers wouldn’t have spoiled the set-up and basic scenario of The Shallows, which is that Nancy ends up huddled and bleeding on a small outcropping two hundred yards from shore – the feeding ground of a massive shark. The way that Collet-Serra shifts our perception of his setting from paradise to purgatory is impressive, with cinematographer Flavio Labiano toggling from sunblind daytime to greyscale dusk and back again as Nancy’s ordeal drags on. The camera’s fleet, weightless movement above, below and through the water, combined with some initially photorealistic special effects, hints at a truly ruthless thriller blending the authentic with the abstract. What follows, though, is less elegantly integrated than that. To use a highly subjective term, the second half of The Shallows is: cheesy.

And cheesy is no bad thing. Even if we limit our examples to modern movies featuring killer sharks, Renny Harlin’s Deep Blue Sea and David R Ellis’ Shark Night 3D owned the phoniness of their special effects and had fun wringing variations on the basic stalk-and-swim visual language of Jaws. What hurts The Shallows is that Collet-Serra, whose real model here is the Nature-as-crucible manoeuvres of Gravity, wants to have his stoic, realistically resourceful heroine and eat her too. The affecting metaphorical implications of the survival narrative dissipate as Nancy’s battle with the monster grows more and more cartoonish.

There is entertaining spectacle here, but while it’s superficially true that we haven’t seen it all before – Spielberg might appreciate the way Nancy uses a buoy as a de facto shark cage – there’s a nagging sense of a movie dutifully hitting its marks, even if they’ve been skilfully hidden beneath the waves.

Jaume Collett-Serra is an excellent genre director and this shark movie looks fun.

Jaume Collet-Serra is an excellent genre director and this shark movie is fun!

Is that all there is?