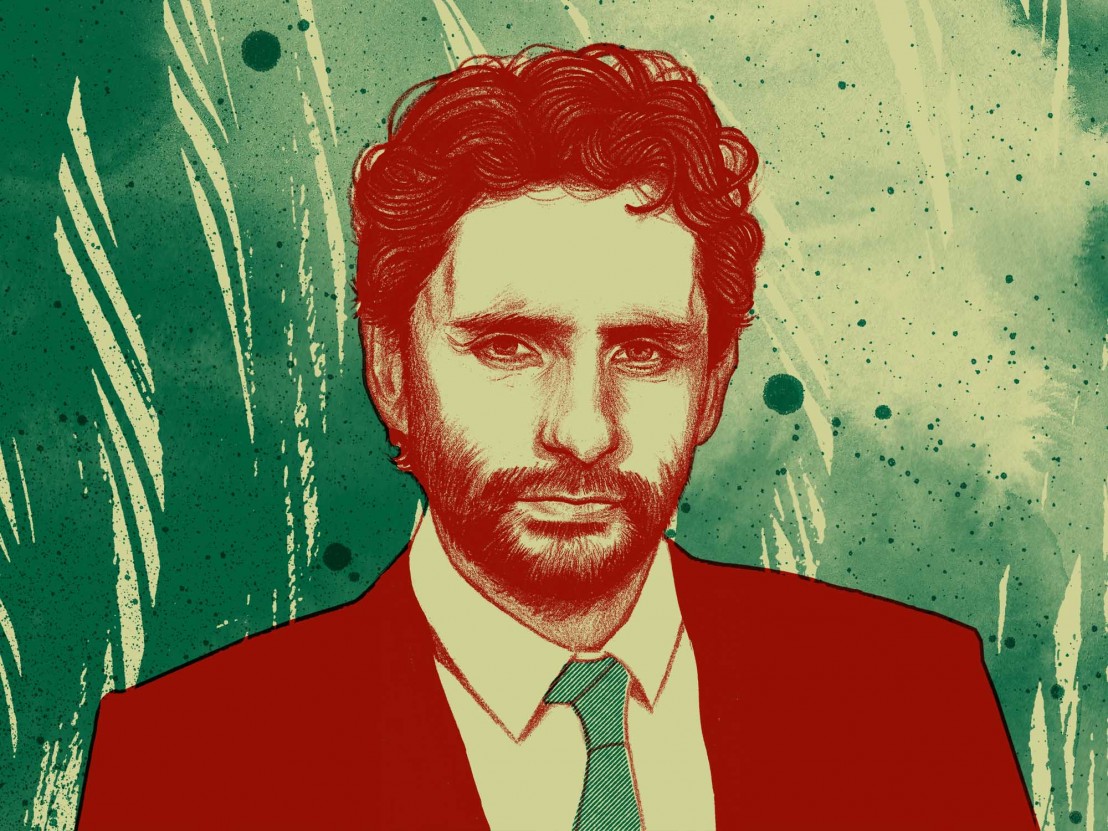 In a moment when any halfway competent hired gun is exalted as a new-style auteur, the Barcelona-born Jaume Collet-Serra seems like an actually credible candidate for critical contemplation. Starting with his intermittently startling 2005 remake of House of Wax, he has cultivated an expressionistic, carefully colour-coded aesthetic in genre forms from horror (Orphan) to cloak-and-dagger mystery (Unknown) to action (Non-Stop, Run All Night). In his new thriller The Shallows, he slyly intercedes into Hollywood blockbuster history by setting up a Jaws-style sacrificial victim (Blake Lively in surfwear) and then watching the blonde outlast the shark, one close encounter at a time.

LWLies: It’s great to get to talk to you about how you direct your films.

Collet-Serra: Well, I’m actually in the middle of directing one right now.

I’m wrapping The Commuter, which is another movie with Liam [Neeson] and Vera Farmiga. It’s basically a mystery on a train. Lately, I’ve been trying to get away from remakes or sequels.

But not to get away from genre films…

Do you consider yourself a “genre filmmaker,” or is it just the way it’s worked out with the sorts of projects you get attached to?

It’s not a coincidence. It takes me a year or a year and a half to make a movie, so it would be a long coincidence. It’s what I like. I keep getting interested in movies that have challenges and I think that genre films usually have challenges in them – a concept that’s interesting but difficult to explain to the audience. Or you’re keeping a secret, maybe. Or it’s one location, with one actor. Those are the kinds of films that I like, with two or three moving pieces, or playing notes over and over again. Some people might find that limiting but I find it interesting, and it sparks my imagination. I like to work within certain limitations and find creative solutions to the problems I’ve been given, or the challenges of the script. I like that environment a lot. Obviously, the movies are high-concept, but that doesn’t mean we can’t aspire also to having good stories and characters, or emotions. That’s what I aspire to, to elevate things from the concept and to connect with the audience. Sometimes I make it, sometimes I fail, but that’s my aspiration, always.

The Shallows is on one level very concrete – it’s about problem-solving – but also has an abstract element.

The essence of directing is that you’re directing more than one thing at a time. There are a lot of balls in the air. The more experience you get as a director, the more balls you can keep up there. When I started, I would do a scene and it would be about one thing. “This scene is about this character,” and that’s it. In The Shallows, there isn’t a lot of room – there isn’t anybody for her to talk to or react to. I wanted it to feel real. We put a lot of work into that character, building her slowly through the movie, and it paid off. The audience feels like they discover the character, instead of having it telegraphed, which closes them off to her. This is the first movie that I was really able to do that, because I couldn’t use exposition. It was the danger of the movie and at the same time, it’s what made it special. There’s no way to put ADR in post production to explain things. We put the work in, Blake and myself, to make her a person from the ground up, and so that there were things for the audience to absorb.

The description of the mountains around the water as looking like a reclining, pregnant woman is very evocative.

We chose the location for a lot of reasons. I wanted a location with a rock formation, mostly to give the audience a sense of geography. When we found this place, we felt like we had an opportunity to express something about the character, and we improvised things. That’s one of the things that came out of it. When you do that sort of thing a lot, you discard 90 per cent of the moments. Then you keep the right ones that help you to tell the story. When we shot it, we didn’t know if it would stay in. It was day two of shooting, we could have had a lot of other chances to express that connection between the character and the island. As the shooting progressed, we realised it was one we wanted to keep. You have to stay open to those moments. We were lucky, but that’s because we were looking for it.

We’d have assumed, with an entirely CGI character like the shark, that the entire movie would have to be storyboarded and blocked and choreographed in advance – that there isn’t much space for improvisation given the technical challenges.

I’m a storyteller, and I’m interested in people. I do make movies with CGI, and I can do that all day long, but I’m always trying to connect with the audience. If I had my head down and I only looked at the technical aspect of it, I would never come close to anything like that. It’s one of the hardest things, to connect. Comedy is hard, as we all know. Making people cry is less hard. Hopefully what we accomplished in The Shallows is showing a person transformed in a natural and believable way. The shark never got in the way of that.

The shark clarifies the emotions of the story; it’s exciting to watch how resourceful she is when her survival instinct kicks in. And there isn’t a lot of irony in the movie, is there?

No. In a situation like this, faced with choices that need to seem realistic, I had to put myself in that situation too. I never try to teach a lesson. If I was in that situation, I would die in two seconds, because I’m not a doctor. Visually, things go into very movie-ish territory, but you go with her and it’s like she’s earned it – and then to try to teach a lesson, or to be ironic… it would be going too far in a movie this simple.

Is there more humour or irony in a movie like House of Wax or Orphan?

With House of Wax, I didn’t know what I was doing. I was like 28 years old.

I try to put humour in sometimes. I try to go against the grain now, but I was younger and felt less restraint. You put amusing things in without seeing the effect on the big picture. Humour is great in genre movies, though, because it can humanise things. In Orphan, there is the moment where Vera slaps the girl and I felt like the audience needed her to slap a kid. That’s very hard. It’s usually violent, and you wonder if they needed to do that, it’s very off-putting. Our audience clapped when she slapped her. To get the audience clapping when a grown woman slaps a kid means that they really hate that little girl. To get them to that point is the whole point of the movie. Even at that point, they don’t know the secret, but you’re still putting them in a position they don’t expect. You use every trick to get them there – desperation and humour. The humour in Orphan is in that relationship, and it’s dark, but I enjoyed it.

How did you approach shooting water in The Shallows?

Most of The Shallows is not real. It was shot in a tank. We had to enhance reality a bit. I wanted to make a movie that was really colourful after Run All Night, which was very dark and urban. I wanted to make something that people in summer would see the trailer for and want to watch it – to go into a dark theatre and experience something bright. And then turn that beauty against her. It lures her there, she’s comfortable there, nothing could go wrong, and then she’s trapped and it becomes darker. I’m not afraid of colours. I just go for it. I always end up in the blues and the greens. And red is a strong colour – when it comes into the movie it has to contrast. So I use a lot of colours that are opposite of red. So when red comes in, it’s the opposite of something. I always try to do things differently. And then it always ends up being the same.