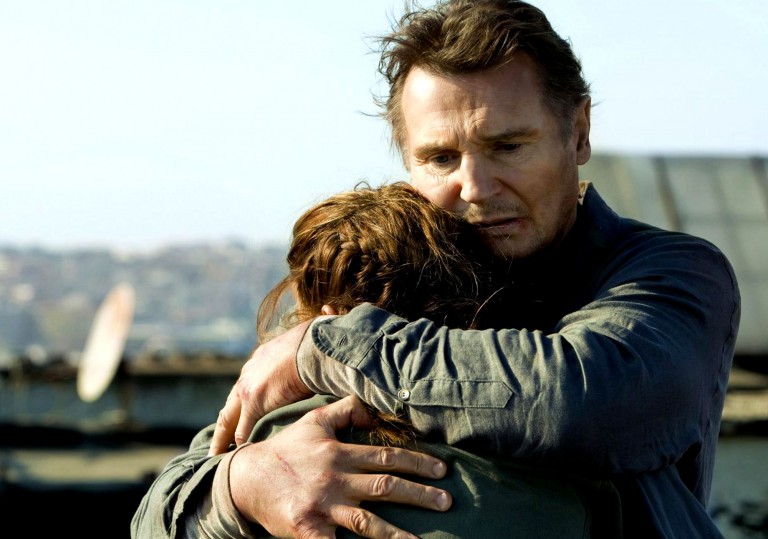 Following in the vapour trails of classic aero-thrillers Air Force One, Con Air and Airport ’77, Non-Stop is a frantic and formulaic mile-high joyride. It may not boast Gary Oldman doing a Russian accent, Nic Cage in a wife beater or Jack Lemmon at the controls but, with king of the disyllabic action movie skies, Liam Neeson, as its plucky hero, this is pure guilty pleasure cinema.

Neeson and director Jaume Collet-Serra have teamed up once before, on 2011’s identity-theft political thriller Unknown, which unsuccessfully pulled focus on global food supply corruption. Here, the catalyst for catastrophe is post-9/11 US homeland security policy, the rap for which is taken by boozy Air Marshal Bill Marks (Neeson, typecast as a less charismatic/sympathetic copy of Denzel Washington’s character from Flight).

On long-haul duty from New York to London, our plainclothes plane cop is framed in-flight for a crime that hasn’t yet been committed. Via a series of cryptic texts sent to him over a supposedly secure network, Marks is suckered into an elaborate plot involving $150 million, a snuffed captain and a ticking bomb, all of which place him as the prime suspect. With a cabin crowded with Red Herrings and time running out, Marks must draw upon all of his experience and cunning to worm out the wrong’un who’s threatening to bring this big bird down.

It’s implausible, over the top and suffers from a third act that splutters towards a predictably lame ending, but for as long as Neeson staggers up and down the aisles waving his pistol in bemused passengers’ faces, this is solidly entertaining stuff. It’s just a shame that he’s made to shoulder the film’s myriad shortcomings solo, so lacklustre is the support from Julianne Moore, Scoot McNairy and Downton’s Michelle Dockery, who along with 12 Years a Slave star Lupita Nyong’o isn’t given a great deal to do as an idle air stewardess. While it never threatens to put the aviation actioner subgenre on an exciting new path, however, Non-Stop is unlikely to have you scrambling for the nearest exit.