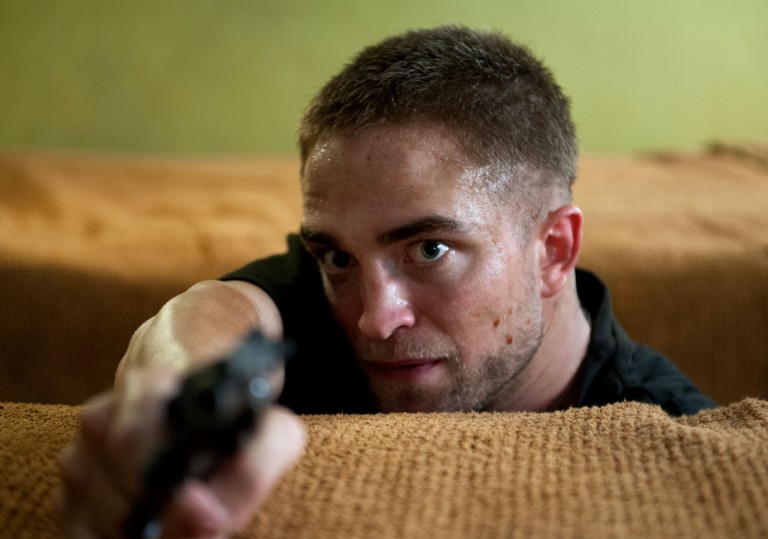 Top-drawer work from everyone involved. Pearce and Pattinson shine.

Dark and meaty with a insidious sense of impending doom — Michôd has scaled-up in all departments. Bring on the next one.

There are those who believe that fiction filmmaking naturally smuggles with it the essential truths of documentary. That is, we’re watching invented stories and invented characters, but the production itself is a tangible thing that happened in a real place. Each film is a documentary of its own production. Running with this a little further, the national cinema of Australia furtively tells us a lot about the place and the people.

Having never visited the country, it’s hard to say with any certainty whether Oz locals ride ramshod though scorched deserts in jumble sale oilskin fetish wear, sporting a rippled sheen of brow-sweat and drinking lager like it’s some health-giving elixir. Yet the sheer proliferation of films which appropriate the unforgiving landscape as a way to imagine a time beyond society’s inevitable meltdown is telling – perhaps speaking of a widespread sense of fatalistic malaise. If (or even, when) the metropolitan hubs crumble under capitalism, nuclear bombardment, alien skirmish, whatever, where will the survivors live out their remaining days? In the Outback?

With his superb and harrowing second feature, director David Michôd has chosen to grapple with the concept of what happens after the crash. People aren’t sifting through the rubble and finding ways to rebuild. They’re dropping breezeblocks on one-anothers’ skulls to insure their supremacy in the food chain. To sum up, murder is no longer taboo. The Rover is set entirely in Australia, though it remains ambiguous as to whether the rest of the world has suffered a similar ignoble decline. China would appear to be doing okay, as rolling stock clambers across the desert daubed in Chinese characters and hauling along sharp-shooters with wrap-around shades. It’s never stated, but it seems like Australia is being divested of its mineral wealth and the remnants of the bug-eyed human population are being left to duke it out Darwin-style.

The film is a wry antecedent to Australian post-new wave classics such as George Miller’s Mad Max and John Hillcoat’s Ghosts… Of the Civil Dead. There is perhaps a cynicism to its knee-jerk belief that humanity would naturally gravitate towards savagery in the case of a meltdown (as opposed to, say, a new system based on all-inclusive collectivised mung bean farms). But Michôd really gives the impression that he is taking this material very seriously, and the tone of his apocalypse is one of extreme melancholy and desolation. He films scenes as extended longueurs (occasionally a little too extended). He employs celestial drones on the soundtrack as a shorthand for his country’s regression into monotone conflict. He captures people at their lowest ebb who all physically appear to be decomposing in sunlight – a nod to the ’70s westerns of Sam Peckinpah.

The concepts of luxury and friendship in this new world have been radically redefined. Cars are hard to come by, and even to leave them alone for a few minutes would be foolhardy. Guy Pearce’s moody, brooding Eric is introduced trundling along in a dirt-flecked family saloon, heading down an open road to nowhere. Simultaneously, a gang of hoods are scarpering from an unseen altercation. They’ve left behind Rey (Robert Pattinson) with a bullet in his gut, and their squabbling results in an accidental auto wreck – one which is staged as an amusing, ironic set-piece. Eric is slumped over a bar when his beloved car is jacked. The remainder of the film charts his unflagging attempts to reclaim his bust-up property. Eric’s motivations remain a mystery until the final shot of the film.

Finding Rey slumped on the road, Eric swiftly coerces him to become a travelling buddy as it transpires one of the crooks is Rey’s older brother (Scoot McNairy). Eric takes advantage of the mental slowness of his scraggy helpmeet and implants the idea that Rey’s brother left him for dead and that he really should be seeking revenge. The men plot a course for (the apocryphal?) Kaloon, a town where bloody destiny awaits.

There’s something commendably Steinbeckian about The Rover, blending as it does an excoriating, dustbowl state of the nation address (per ‘The Grapes of Wrath’) with a tale of mismatched companions, whose simple dreams and objectives are dashed at every hurdle, that feels fondly ripped from ‘Of Mice and Men’. Indeed, Pattinson’s Rey is every bit the Lennie Small to Eric’s George Milton, from soulful campfire vigils in which the whispered philosophical discourse is clearly a case of one-way traffic, to Rey’s small-minded bungling, which often requires them to pack up and move on prematurely (and with destruction in their immediate wake). Eric and Rey’s relationship is beautifully drawn – even though a bond is formed, there’s never a point where you could certifiably call it friendship. It’s far more complex than that.

Having previously dissected the inner workings of a crime family in his 2010 debut Animal Kingdom, Michôd here expands his crumbling canvas to imagine an entire nation in which democracy has been replaced by the way of the gun. It’s a slow-burner that seethes with anger and Michôd does everything he can to deglamourise the outpourings of splenetic violence. It’s rare that the camera captures death in grisly close-up, or accentuates acts of murder with editing or sound design. One guy, the partner of a friendly female surgeon who tends to Rey’s wound, is shown walking up to some parked cars to see what the drivers want. He’s instantly shot, close-range, in the head, though Michôd retains a POV perspective from inside the house. The violence here is sudden and banal, and for that reason it is all the more affecting.

Eric’s single-minded fury marks the film’s emotional core. Michôd wrings a hair-trigger tension not merely from a lawless landscape where human presence signals instant danger, but also in keeping the reasons for Eric’s rage tightly under wraps. There’s a solitary moment in which his mask is allowed to briefly slip and a corrupted compassion shines through. It’s here where the film attains a tacit but meaningful connection back to Animal Kingdom, as The Rover too is a work concerned with human beings as primal, animalistic beasts. In fact, this time Michôd isn’t emphasising a general interchangeability between man and animal, so much as he’s saying that man has now reached a status below that of animals.

An important aside sees Rey lounging in the front seat of a car, idly lip-synching to a bouncy pop song. It’s a lovely digression, fleshing out a sense of lost innocence which may have existed in Rey before the timeline of the film, but also reframes a moment which would otherwise seem entirely throwaway as exotic and poetic. Indeed, much of the tragedy of this story derives from incidents which occured months, years, decades before the events seen here.

Guy Pearce expertly intones a series of existentially-inclined monologues which hint at a hazy dissatisfaction with the world. Yet through one harrowing, late-game episode, we discover that it was a single event which changed everything for him. It’s not when murder becomes normalised that social order will break down, it’s when social order breaks down that murder will become normalised. The Rover is not a hectoring political diatribe bemoaning the way we’re all headed. It’s a wistful lament for the precious things we’ll lose when we finally get there.

Top-drawer work from everyone involved. Pearce and Pattinson shine.

Dark and meaty with a insidious sense of impending doom — Michôd has scaled-up in all departments. Bring on the next one.