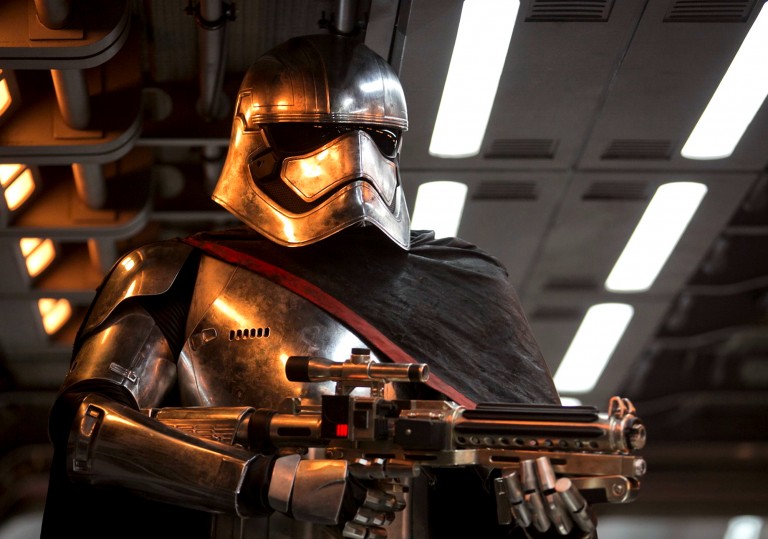 Its billion dollar haul is both assured and deserved.

At the London press screening for Star Wars: The Force Awakens, security measures were such that ticket holders were instructed to hand over their mobile phones (and any other recording devices) to a security team prior to entering the auditorium. A numbered, coloured ticket was exchanged for the phone, and when the screening finished, that same ticket was then used to retrieve it. Simple.

Flash forward 136 minutes, and as the silky blue Franklin Gothic typeface of the closing credits crashed on to the screen (accompanied with hearty applause), a mad dash to the exit ensued. A mass of bodies, still moist from the rain outside and pressed against one another, quickly formed in the lobby, with each individual squeezing to the front towards the big table of phones.

I waited in the midst of this huddle, idly allowing the film to percolate in the mind. My arm was pressed against the arm of a young blonde man stood directly next to me. I could feel him physically shaking with excitement. He had a dummy’s grin slapped across his yap, apparently oblivious to the violent sway of the scrum. I looked at this man and thought, ‘ahh, a space nerd on the cusp of public orgasm. What a lovely thing that is.’ But then something strange happened. I suddenly realised that it wasn’t the space nerd who was convulsing with wonderment. It was me.

Star Wars is a franchise whose central theme is that your child may not grow up to be the person you want him or her to be. Carve away the bulbous politicking, and it’s essentially humanist in its outlook: you can build a spaceship to strict specifications and you can fix it up when it breaks, but you can’t do the same to a person. And if you try, it’s highly likely that you’ll damage what you have.

While George Lucas and his erstwhile collaborators (directorial avatars?) diligently packaged this theme within their respective “episodes”, JJ Abrams is the first to understand and demonstrate how horrendously sad that realisation can be. Maybe ‘sad’ is the wrong word, as that seems too broad a term to associate with the specific, textured dynamics of this film. Sad is an emotion you’d find fugging up the initial cycle of Star Wars movies. Here we have melancholy. And to highlight a single directorial masterstroke in The Force Awakens, it’s that Abrams achieves this sustained sense of pulsing wistfulness by calibrating all the performances to make it look as if the actors have either just been crying, or are on the verge of tears.

This isn’t a shallow, sideshow tactic to arouse a response where none is required. There really is the feeling that the characters here don’t simply exist in the banal, narrative-driven moment, but their faces and their expressions speak of history, of expectation, of sin, of sorrow, of pain, of wanting to switch things up, taste adventure and do things with their lives. They are sensitive people.

I guess the implication of observations like this is that emotional fluency of this formidable type has long been MIA in this galaxy far, far away. The notion that objects evoke feelings that might not be instantly understood, or acknowledging that people – like robots – do possess the power to transmit complex information without talking to one another, are just two considerations that make this chapter better – a whole lot better – than any of those that have come before it. Who would’ve predicted the attribute that pushes the new Star Wars sequel into the echelons of the sublime is its elaborate human drama? Certainly not us… 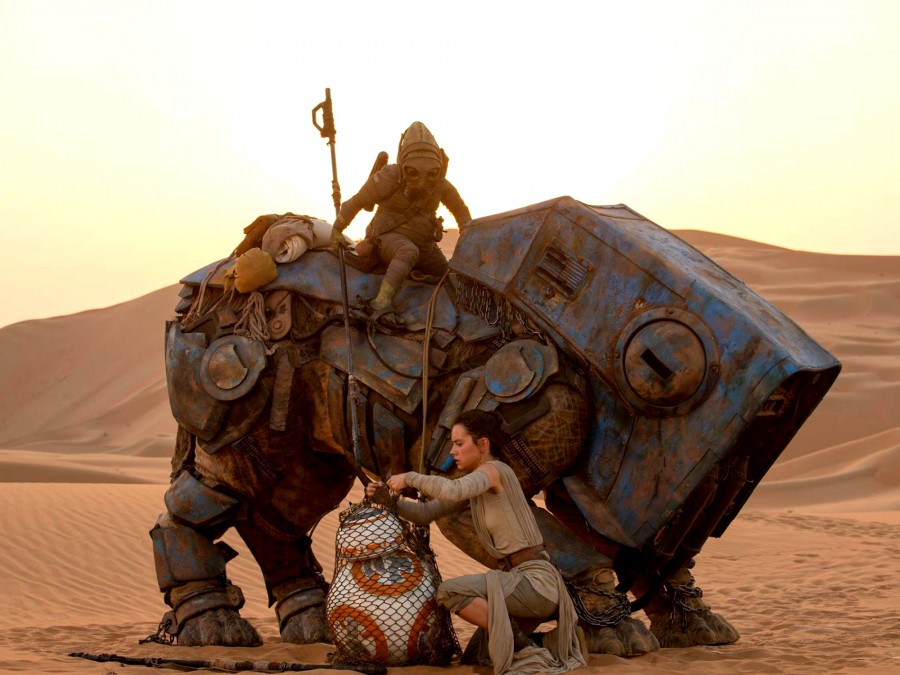 This ornery Star Wars naysayer is overjoyed to admit that The Force Awakens is liberally strewn with beautiful moments. Two of the most beautiful occur when a character comes into physical contact with an object which sends their mind reeling into paroxysms of barely-suppressed delight. Solitary scrap scavenger Rey (Daisy Ridley, who really is The One) is propped up against the husk of a burnt-out craft which is semi buried in the sand. She picks up a battered old fighter pilot’s helmet and places it on her head. The camera lingers. One beat. Two beats. No plot. No action. No words. Sure, it’s a basic visual shorthand expressing Rey’s dormant aviatrix aspirations, but it’s also an extremely poignant touch which emphasises that she’s maybe missed that time of high adventure when worlds were forged and destroyed in the sky.

Later on, Han Solo (Harrison Ford, delivering his most game and committed turn since The Fugitive) along with yowling Wookiee help-meet, Chewbacca, are reunited with the Millennium Falcon. For just a split second, Han lowers his smart guy exterior as he boyishly bounds into the cockpit of his trusty old rust bucket, a half-smile glimmering across his face. But is this Han pleased to be back in his old ship? Or is this Ford pleased to be back in his old universe? Both could apply. Some may view these moments as paying craven lip service to the desires of grease-coated nostalgia trippers, but Abrams manages to execute them in a way which suggests the passing of time and an exquisite re-connection with a lost moment from the past.

Without having to trawl through a list of names, let’s just say that everyone involved in this movie is dynamite. There is no Jar Jar. The ensemble is well-oiled, there is a neat array of fetish/Steampunk-inspired aliens milling in the backdrop (sometimes just popping in front of the camera for no apparent reason), and there are none of the abysmal racial/sexual stereotypes that crop up far too abundantly in the previous episodes of the saga. There’s no visual clutter, and there are no gaudy CG panoramas which resemble low-rent screensavers.

Another great thing about the movie is that it doesn’t strain for its progressive credentials, nor does it seem pleased with itself for securing them. It’s not a feminist film. It’s a normal, enlightened film. John Boyega has not been cast because he’s black, but because he’s a superb actor with charm in dangerous abundance. Aside from a few mentions of political buzzword terms such as “Supreme Leader”, the script by Abrams and Lawrence Kasdan largely abstains from drawing parallels to contemporary geopolitical history, which should be music to the ears of those who found the Jihadist parable at the centre of Star Trek Into Darkness to be supremely distasteful. So that’s a big plus. The material does have wider resonance and significance, but it isn’t strident in that same way.

The final thing to address here is a simple question: what is The Force? We have been duped into believing that The Force is a superpower, and it’s down to strength of character whether you chose the light or the dark side. There’s also been the suggestion that maybe a person’s goodness is preordained, that you don’t get to chose which path you go down. Maybe the greatest achievement of The Force Awakens is that is assures that The Force isn’t instilled in the souls of a chosen few, but is present in everyone, always.

It’s not just a way to make doors open without touching them. Or trespassing into the minds of others to manipulate or damage them. But maybe The Force is just a profound, evanescent human connection that transcends life and death and is readily available to everyone with the moxie and wherewithal to search for it. Maybe it’s completely untenable, like trembling with glee in a crowded room and not really knowing why.

Its billion dollar haul is both assured and deserved. 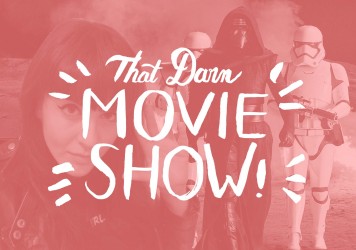