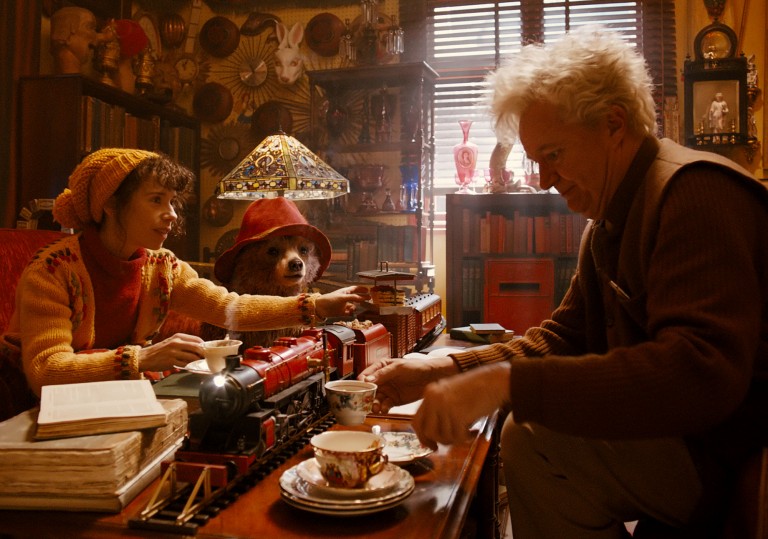 Another shameless cash in on a childhood favourite?

An unadulterated delight from start to finish.

Bring on the sequel...

At a time when publicity materials are scrutinised almost as extensively as the product they’re selling, typically from anywhere up to a year prior to a film coming out, it’s virtually impossible to avoid forming a preconceived opinion about a forthcoming release.

In the case of Paddington, the early signs weren’t exactly promising. While the first poster didn’t exactly give much away, a later effort featuring some rather flat animation was deemed “creepy” by some fans. It was the kind of meme-spawning response the film’s producers must have dreaded. Then came the news that Colin Firth had left the production by mutual consent after deciding that his voice wasn’t right for the central character, as reflected in an eerily dialogue-free teaser trailer.

Audiences could be forgiven for fearing the worst, especially with sub-par family comedies featuring crudely anthropomorphised computer-generated protagonists like The Smurfs and Garfield still painfully fresh in the memory. But all of that counts for diddly squat now because Paddington is nothing short of a Christmas miracle.

Director Paul King’s adaptation of Michael Bond’s beloved children’s books is the perfect tonic for all those tinsel-trimmed turkeys that have been honking up the festive schedule in recent years. The film opens with an ingenious British Pathé-style archive documentary that airdrops us into deepest darkest Peru in the company of handlebar-’tached explorer Montgomery Clyde (Tim Downie), whose lost expedition succinctly establishes a young bear’s motives for stowing away on a cargo ship bound for present-day London with little more than a literal hatful of marmalade sandwiches for sustenance.

In keeping with Bond’s original story, Paddington (Ben Whishaw) is discovered by the Brown family – mum Mary (Sally Hawkins), dad Henry (Hugh Bonneville) and kids Jonathan and Judy (Samuel Joslin and Madeleine Harris) – on the eponymous train station platform, where he’s quickly come to realise that London isn’t everything he thought it would be (although it does seem to rain a lot). At first the Browns are divided about whether to take this peculiar stranger in for the night, but the matter-of-factness about which they accept him encourages us to do the same. What’s this, a CG talking bear in a floppy red hat clutching a tattered old suitcase? Wonderful. How do you take your tea?

If the set up is comfortably familiar, the film’s message is surprisingly progressive. Paddington is an alien from an exotic land, with no means of tracking down the explorer who once invited Aunt Lucy (Imelda Staunton) and Uncle Pastuzo (Michael Gambon) to visit him one day. Yet the Browns treat Paddington with neither suspicion nor pity, instead welcoming him into their home and going out of their way to help him as a gesture of good will.

Granted he is a sweet-natured and rather affable little creature, but he’s also — as prudent risk assessor Henry points out – a wild animal who might inadvertently put the children in danger (cf Grizzly Man). The fact that the Browns are able to see past this and proceed to clothe, feed and shelter him as one of their own is the kind of enlightened affirmative action that would make a UKIP politician spill his pint.

If you’re prone to believing everything you read in the right-wing media, we are living in an age of political-correctness-gone-mad, where the very concept of Christmas is under threat from religious extremists attempting to hijack the holiday for their own senseless culture war. It’s poppycock, of course, but it is fair to say that film companies are under pressure to appeal to as broad a social spectrum as possible. Which is a good thing, even if it does occasionally result in transparent tokenism. Yet King is more concerned with remaining faithful to the source material than pandering to every conceivable target demographic, and in short this is a big part of what makes his film is so successful.

The Browns are a white middle-class family who live in a magnificent Victorian townhouse on a fictional street in west London called ‘Windsor Gardens’. Not everyone is going to relate to them, at least not directly. But that’s fine, because the simplicity and sincerity with which King handles various universal themes makes Paddington instantly engaging on a deeper emotional level.

It also helps that the film is absolutely crammed with hilarious one-liners, endlessly inventive visual gags and quirky supporting characters – from Jim Broadbent’s eccentric antiques dealer, Mr Gruber, to Nicole Kidman’s taxidermy practicing baddie, Millicent. Indeed, although King has tempered his combustible brand of black comedy into something more stable and wholesome (although there are still plenty of hidden treats for fans of The Mighty Boosh), Paddington stands out because it never once feels safe or overly sanitised.

Family movies released around this time of year aren’t supposed to be this good. They’re supposed to be mass-market stocking-fillers, perhaps an entrée to a Hobbit or a Night at the Museum. In these post-Potter times, audiences are increasingly having to make do with cynically repackaged fairy tales like Jack the Giant Slayer or seasonal fodder like Nativity 3: Dude, Where’s My Donkey? and Get Santa. Yet here is an old-fashioned, unapologetically sentimental update of a quintessentially British story that manages to seem by turns traditional and timely.

There’s a scene midway through the film where the Browns gather around an old 16mm projector in Mr Gruber’s shop and Paddington, entranced by the warm glow emanating from it, steps forward and walks straight through the screen into a world far removed from the drab, drizzly place he has come to call home. For a brief moment we are transported to a land filled with majesty and wonder, and by the time the gentle whirring sound of the projector rises above the busy chatter of the Peruvian jungle, returning us to that dusty shop on the Portobello Road, it’s clear we’ve just experienced a piece of pure cinematic magic.

Another shameless cash in on a childhood favourite?

An unadulterated delight from start to finish.

Bring on the sequel...