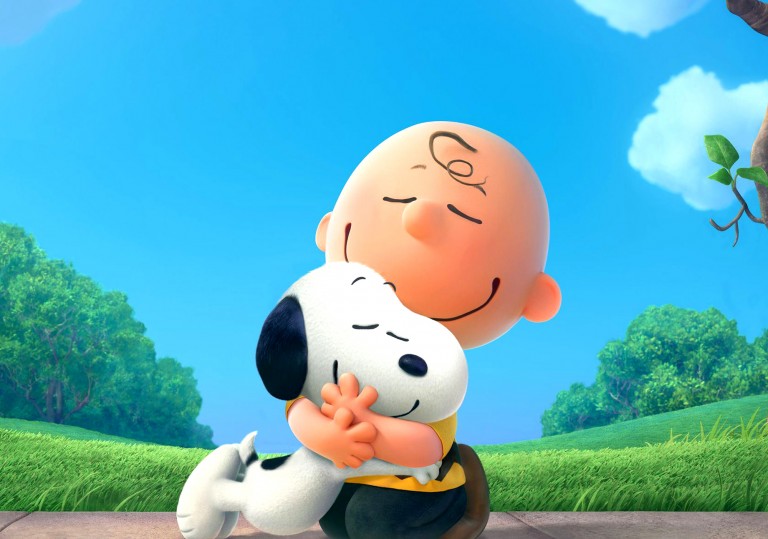 A gift to fans and newbies alike. Plays it gentle, and scores big.

A minor-key treat and hopefully the start of a new franchise.

What a delight this is. Blue Sky Studios are the animation house famous for raking in an unholy fortune from their endless phalanx of sickeningly cute, wise-cracking critters in franchises such as Ice Age and Rio. If we’re being honest, they always seemed like a outfit who would follow rather than instigate cultural trends, seldom opting to take risks with their “product”.

With their latest offering, The Peanuts Movie, all that changes. The animals here possess human sentience, but they don’t talk. In fact, the irony of Charles M Schultz’s ‘Peanuts’ comic strip, which first appeared in 1950, is that Snoopy (a beagle) and Woodstock (a bird) are shown as being intellectually and emotionally superior to the bemused children in their immediate friendship circle. In this film there’s meaning and humour behind the anthropomorphism, it’s not merely at the service of pandering to the hearts and minds of impressionable young viewers. This is Blue Sky’s freshest, most innovative and soulful work to date.

The story follows humanity’s crown prince of losers, Charlie Brown, as he continues in his efforts to navigate the social minefield of pre-teendom, a task made doubly taxing due to the dazzling redhead who’s just joined his class and moving into the house across the street. Upon clamping his pin-hole eyes on her, Charlie has a new mission in life – to make her like him. Fully aware of his general wretchedness when it comes to impressing others, this is a gigantic task, requiring the help of his trusty mutt.

The style of the designs cleaves tightly to the iconic originals while updating them for modern times. So the characters’ facial features retain the stripped-back, deadpan expressiveness of the dots and lines used in the original strip, while their bodies and the world around them is in three dimensions. Far from being an uneasy fusion of styles, director Steve Martino makes it work with seeming ease, channeling the best of the comics while adding a new twist to justify its big-screen berth.

What’s most impressive about The Peanuts Movie is the fact that the experience of watching it is akin to flicking through a fat compendium of ‘Peanuts’ strips and enjoying a collection of anecdotes and asides rather than one big adventure narrative. But the simple coup is how all these discursive elements effortlessly come together in the end, serving up the simple lesson that relentless self-analysis will only keep you down in the dumps.

A gift to fans and newbies alike. Plays it gentle, and scores big.

A minor-key treat and hopefully the start of a new franchise.