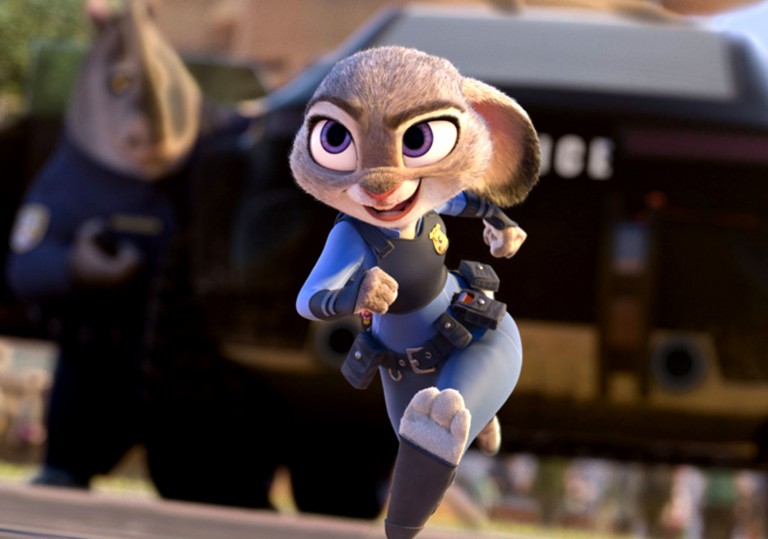 Laughs, social sub-text and sprinkled with oh-so many fluffy animals.

Can animals from different species live side-by-side? Is it even possible to live in a world without animal discrimination? Disney’s latest CGI offering, Zootropolis (released as Zootopia in the US), contains a surprising political edge compared to recent world-beater, Frozen, which was all song, dance and sisterhood.

This film presents a remarkably vivid animal metropolis, where every mammal, big or small, is equal and able to blend seamlessly into big city life. But is everything really as cosy as it seems? Can they avoid their inbuilt urges or any genetic predispositions by retreating to their respective tribes and get into a right old fur fight?

The story begins when the ridiculously adorable Judy Hopps (voiced by Ginnifer Godwin) leaves her simple life in Bunny Burrow to follow her dream of becoming the first rabbit police officer from a family of carrot farmers. She exposes the tensions that underlie life in the mammal mecca. From another angle, it could all be a metaphor espousing a multicultural society – does this much political intrigue really work within the framework of Disney movie? Surprisingly, yes.

Any heaviness is cut through with the cheese-tastic theme song, ‘Try Everything’, by Shakira (who voices superstar Gazelle), the soundtrack to Judy’s journey to the capital, where everything appears shiny, perfect and in sync. A parade of besuited hippos, giraffes and gerbils scurry to and from work – each has their place in this modern, animal-designed world – which, incidentally, is visually astounding. Straying away from softer, more childish visuals, the animation here is impeccable. It brilliantly showcases the relatable characters within these sentient animals. A sprinkling of pop cultural references, such as Judy heading to the big city, living in a squalid apartment and wistfully Skype-ing with her parents, resonates with a current generation of graduates leaving the nest and taking that next step towards finding a vocation.

Judy’s first bug challenge upon entering the police force is when buffalo Chief Bogo (Idris Elba) assigns her to parking duty. Not willing to succumb to the stereotype bestowed upon her lowly rank, her commitment to justice and desire to contribute to society helps her rise swiftly through the ranks. A surprising partnership develops with con-fox Nick Wilde (Jason Bateman), and soon Judy finds herself amid the criminal underworld, testing her sense of benevolence.

Where Zootropolis was once famous for its blindness towards predator/prey hostility, we see this balance come under threat when a dark side is unleashed causing the savage animals to revert to their genetic carnivorous attitudes. Playing on metaphorical ideas of racial and social injustice, this urban jungle soon breaks into pandemonium, with Judy and Nick racing against time to bring equality back to the city. At its deepest it has echoes of incidents like the Rwandan genocide or Russian anti-Jewish pogroms – examples of placid peacetime ecosystems where people were incited to exterminate their neighbours over trivial racial differences. At this point a second reminder: this a Disney movie.

This is a clever film. It satisfies pug-gif obsessed millennials with its cute characters – the stand out being Bellwether the sheep, (perfectly played by the amazing Jenny Slate, who has also lent her voice to this rapturous short Marcel the Shell with Shoes On.) More so, it smartly sheds light on societal prejudice, softening it down for the young with comic hamsters and otters, but presenting the ingredients of racial inequality, even going as far as unmasking the effects media can have on public opinions.

With its powerful female hero, brushing away the classic romantic plotline in favour of fully committing to its political agenda – it could’t be better timing for the release of Zootropolis. It’s a refreshing and quietly radical film which deserves vociferous praise. It introduces very real concepts to future generations, and they’re all wrapped in a sparkly Disney bow.

Laughs, social sub-text and sprinkled with oh-so many fluffy animals. 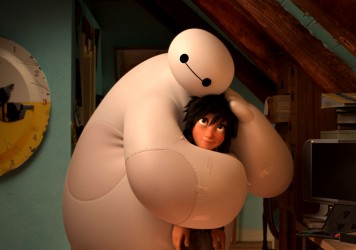