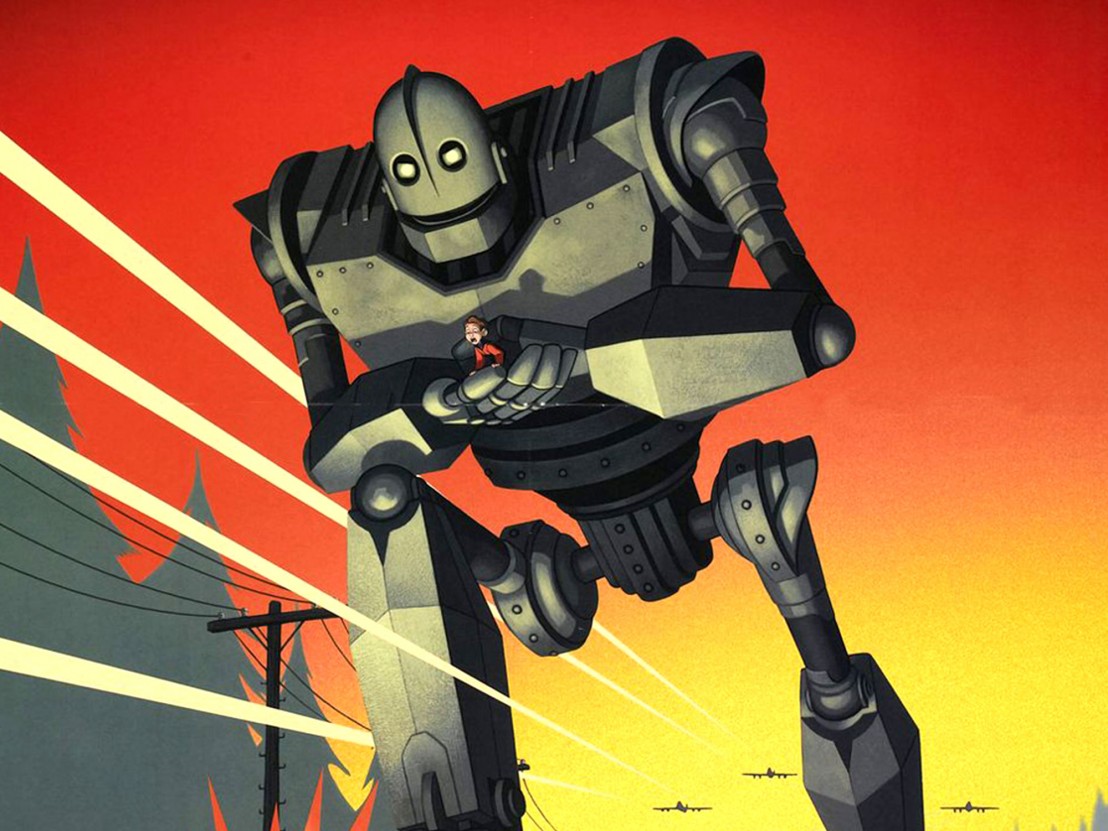 At first glance, The Iron Giant seems like an easy film to pigeonhole. It’s a kids’ classic in the most traditional sense, with a brisk 86-minute running time that charts the growing friendship between a boy and his metal friend who fell from the stars. If you were feeling ungenerous you could call it E.T. with a robot. But beyond that deceptively simple synopsis there’s a story that actually adds up to one of the most authentic and powerful superhero films ever made.

If The Iron Giant is really a superhero film, then it’s notable for having one of the most unusual origin stories around. Based on the 1968 novella, ‘The Iron Man’, by British poet Ted Hughes, the film shares the same initial premise of an iron man who feeds on metal befriending a young boy named Hogarth. After that though, things get very strange. In the book, the iron giant learns to live in harmony with the locals until a strange being named the “Space-Bat-Angel-Dragon” crash-lands on Australian soil demanding food. The iron giant challenges it to a test of endurance where the two of them have to withstand the heat of the sun and burning petrol respectively, a test which our hero eventually wins.

When Brad Bird and Tim McCanlies adapted the story for the screen – with the executive producer input of The Who’s Pete Townshend – they took this rather psychedelic enemy and turned it into something much more appropriate for the film’s 1957 setting: the Red Menace. Cold War paranoia is everywhere in Rockwell, Hogarth’s hometown, switched across the Atlantic from Hughes’ native UK. An early glimpse of the giant prompts one of Hogarth’s classmates to whisper the telling words: “It’s probably been sent by foreign enemies to take over the country. We should bomb it to smithereens before it does.” Like so many other superhero comics and films, the consensus from mankind is that what is different should be feared.

While most people are terrified of the inquisitive metal-munching giant, Hogarth is one of the few whose curiosity outweighs his trepidation. He ventures out at night from under the watchful eye of his overworked single mother – the clearest similarity yet to E.T. and the Amblin spirit – and rescues the wandering giant, keeping it hidden in his barn. The pair talk – the giant voiced by a monosyllabic Vin Diesel as echoed from inside a water tower – and hit upon the defining message of the film and all superhero stories: does your nature define you?

Hogarth shows his comic collection to the giant, pointing out Atomo, a “metal menace” bearing an unmistakeable resemblance to him. The giant’s anxious eyes say it all: am I evil as well because I look like him? Instead, Hogarth compares him to Superman, with his similar origin story: “Sure, he’s famous now, but he started off just like you. Crash-landed on Earth, didn’t know what he was doing. But he only uses his powers for good not evil.”

The giant doesn’t even demonstrate any superpowers until late in the film, when his true nature reveals itself. He has a self-defence mechanism where the sight of even a toy gun makes him retaliate with lethal force. It’s part of his programming, but it nearly kills Hogarth when the two are playing in a scrapyard. The more generous part of his nature leads the giant to save two children falling to their death, but in doing so he reveals himself to the townspeople and attracts the attention of the US army.

They launch an assault on the giant, but only succeed in pushing back any sentience he had and turning him into a rampaging killing machine, replete with lasers and machine guns wiping out anything that threatens to attack. He’s only defending himself, but his true nature is destroying the town, and eventually it leads a reckless officer to launch a nuclear attack.

Buildings crumble and cities are levelled as a matter of course in most superhero films, but their destruction rarely feels meaningful or scary. Here, director Brad Bird makes the impending annihilation of one small town feel more important than any number of end-of-the-world threats. As the missile drifts into the atmosphere, the iron giant proves he’s a true superhero, abilities or not. He flies to meet the missile head-on, remembering Hogarth’s words: “You are who you choose to be,” and uttering his response – “Superman…” – right before the moment of impact.

The Iron Giant doesn’t roam the film’s Maine countryside in brightly-coloured spandex or thwart an evil villain’s plot to destroy the world. Unlike the quippy protagonists of Marvel’s high-octane blockbusters he barely utters a word – just 53 in the whole film – but at heart he represents one of the most authentic portrayals of heroism ever seen. The Iron Giant is a reminder that whether you’re born with superpowers or not, your original identity doesn’t define you. You are what you choose to be. 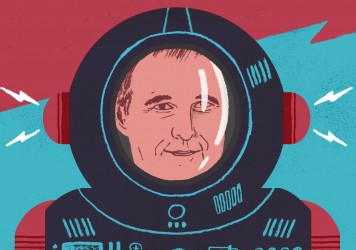 Brad Bird: ‘The greatest special effect is caring about a character’

The director on Tomorrowland, his favourite filmmakers and the current state of hand-drawn animation.