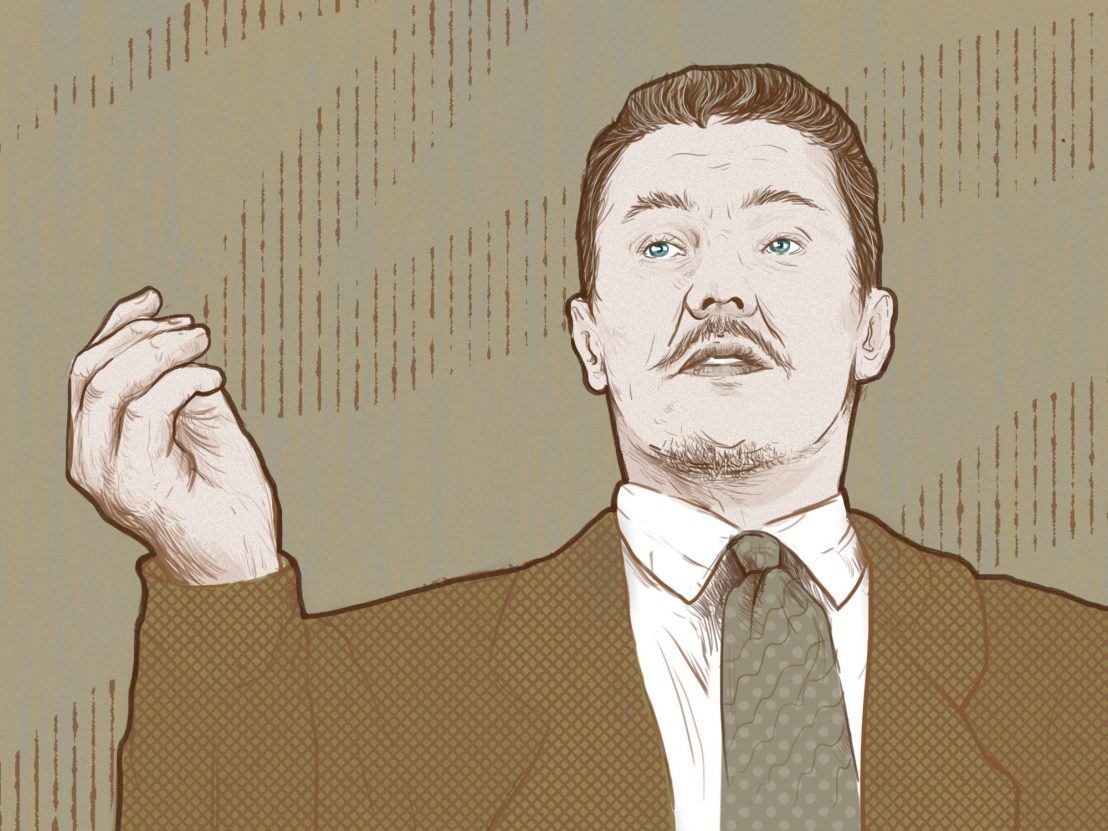 Having established himself as a mainstay of both Australian and American cinema over the past two decades, Joel Edgerton is now looking to build a reputation behind the camera. As an actor Edgerton has tended to flit between Hollywood blockbusters (the early 2000s Star Wars prequels, Exodus: Gods and Kings, Bright), credible genre fare (The Thing, Midnight Special, It Comes at Night) and character-driven independent drama (Animal Kingdom, Life, Loving); he clearly prizes the latter but is not above taking a paycheque when the right opportunity comes along.

By contrast, his path to becoming a director has so far seen Edgerton adopt a more cautious, considered approach. His first feature was the smart suburban thriller The Gift, which Edgerton also wrote and starred in alongside Jason Bateman and Rebecca Hall back in 2015. His second, Boy Erased, sees Edgerton shift towards a more earnest mode of filmmaking. Based on the memoir of the same name by Garrard Conley (renamed Jared in the film, and played by Lucas Hedges) the film tells of a young man’s troubled journey of self-discovery via a church-sponsored conversion therapy programme.

In person Edgerton exudes the same quiet intensity that makes him such a compelling screen presence – his cool, laid-back demeanour belie a drive and a steeliness which any director will tell you are essential in a fickle and unforgiving industry. Yet you also get a sense of someone who understands the importance of having a good support network. That doesn’t simply mean surrounding yourself with talent, but ensuring that the people you work with are honest, hard-working and open to collaboration. It’s the reason Edgerton was determined to cast his compatriots Nicole Kidman and Russell Crowe in Boy Erased (although he’s quick to downplay the Aussie connection), and why he values his relationship with his filmmaker brother, Nash, above any other.

LWLies: What’s your first consideration when casting a family?

Edgerton: In the past I’ve always taken a lead from the way I’ve watched other people do things. You need to start with the main character, and then build the cast out from there. Similarly, if you’re casting a marriage then you need to think who is the most important character to the film. And sometimes that’s driven by the business side of things: you need to find a star first. But in this case I wanted to start with the central character of Jared.

I had my dream team in my head pretty early on. I knew I wanted Lucas, and because I’d seen the family photographs I knew that Russell and Nicole were my first choices – not because they’re Australian, just because of how they resemble Garrad’s parents. I knew if I got Lucas then Nicole could be a perfect mother to him, and if I’m lucky then maybe I can marry her to Russell. Luckily it all came together very well.

I was surprised to learn that Russell and Nicole had never worked together previously.

Yeah, I knew that but it is surprising. What was really good for me is that they both really wanted to [work together], so I knew the chances of getting them both was a real possibility. And what I didn’t appreciate at first was just how beneficial having them both would be, because their relationship has been so longstanding – they’ve been friends since they were teenagers – that they would immediately feel comfortable with each other, and be in each other’s space in a way that would feel like they’d been married for a long time.

How much workshopping do you tend to do with actors?

Not much to be honest with you. As an actor, I like to have a rehearsal period, even if it’s just a week sitting around a table. Sometimes it’s just a matter of talking through scenes and making sure you see eye to eye with a director, that there’s nothing that’s gonna be a surprise when you get on set. You need to agree what road you’re gonna go down. So you have a discussion, talk about themes, talk about tone, and maybe work out why there might be something missing or not quite working for an actor or a character.

For Boy Erased we didn’t have a lot of that. We had a fair bit of time with Lucas, and I could have individual conversations, but essentially we turned up each day with the ingredients for the scene and cooked it on the spot. Which is very exciting, especially when you’re working with actors like Nicole and Russell, and even Lucas who’s young but super sharp and knows what he’s doing. You don’t always need a rehearsal period, but sometimes it’s a good thing to have.

You want to make sure everyone is happy with the script, that kind of thing?

Exactly. When you write a script and cast an actor to play a part, you need to marry the actor to the script. Sometimes that means editing the script in order to suit the actor. For example, when I made The Gift, the template I had in my mind for the character Jason Bateman played was that he was a bully because he had been a jock at school. But I realised, after I became fascinated with the idea of casting Jason, is that one way to be a bully at school is not to just have muscle and brawn, but to be manipulative and to have a very intelligent brain, to be that person who can conquer and divide. So it was about changing the level of intelligence of that character to suit Jason. 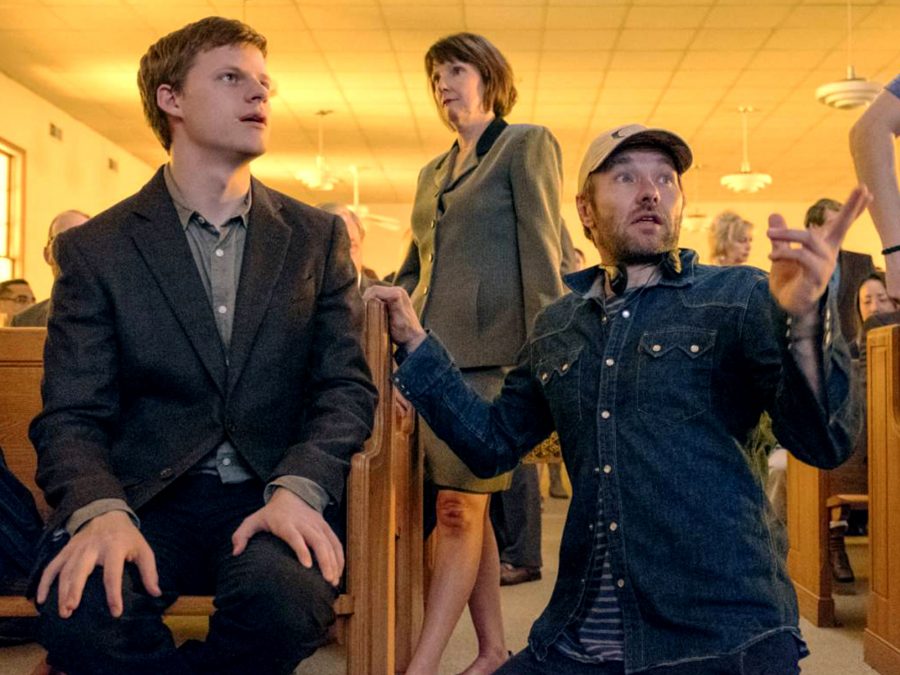 When it came to casting Nicole and Russell, did the Aussie connection help in any way?

I had met them both, but it wasn’t a case of just being able to pick up the phone, I had to go through the proper channels. I was actually a little bit reticent about casting them both, just because I worried people would think I just walked down the street and knocked on their door, you know. That wasn’t the case at all, it was really about their resemblance to the real parents.

We have a few Australians in the office, and there was some debate as to what your Aussie nickname would be: ‘Edge-o’ or ‘Edgy’?

‘Edge-o’ mostly. Ben Mendelsohn calls me ‘Joel-eo’. I’ve never really had one specific nickname though. Actually my niece gave me the coolest nickname I’ve ever had: my brother calls me ‘Bro’, and one day when she must must have been four or five, she turned to me and said, ‘Hey, Uncle Bro…’ So now I’m ‘Uncle Bro’. And I have another niece who’s three and now she’s started calling me ‘Uncle Bro’.

How much do you and your brother talk shop, even when you’re not working on the same project?

Oh, all the time – I would say daily. He’ll send me links to the next round of media spots for his next TV show, or yesterday he was asking me how press was going for this. He’ll send me stuff to read, or like recently I sent him a book I think he’d be really good to direct. I’m actually thinking now about combining our strengths, because we’ve never directed anything together before. He’s so good at moving the camera, he’s so good at action, and I really love working with actors, so I wonder if there’s a way we could team up and find the right project that’s bigger-scale. I don’t know that I could handle [directing] big car chases and shoot-outs and all that kinda stuff.

He was behind the monitor a lot on Boy Erased when I was acting, and I’ve stayed on extra long on projects he’s done just to sort of pick up loose scenes that he doesn’t have time to shoot. So we’re always doing that anyway. It’d be interesting to sit behind the monitor all day long together and build something properly.

Are you keen to direct more films generally?

Oh yeah. Thing is, to get on board as an actor it’s gonna take maybe a seven or eight out of 10 to pique my interest; it may not be my dream project but there’s enough in it that I want to be involved. Maybe it’s the director plus an actor who’s involved plus I get to go to a country I’ve never been to. It might give me enough money that I can then squirrel away and work on that other thing that maybe isn’t going to pay as well.

But as a director I’ve realised that I can’t just read another person’s script that’s I related to on a seven or eight out of 10, and then square away two years of my life to do it. I need to be almost so obsessed with it – on a scale of 10 it’s got to be ‘Spinal Tap’. That’s what Boy Erased was for me. I’d never thought about turning a book into a film, but when I read Garrrad’s memoir it started it became this point of obsession for me. So I’m waiting for that next thing to get under my skin.

And you’ve recently been working with David Michôd on his new film The King. What can we expect from that?

Well I hope something really wonderful. It was a big thing for us because we’ve made movies before – I shot his very first short film which was a crew of like 20 people – and there we were literally two or three months ago in Budapest in a field shooting the Battle of Agincourt with 200 armoured men and 80 horses and a massive infrastructure. It felt kind of surreal that someone had let us do that. It’s gonna be epic. But it’s also very dramatic and personal and hopefully emotional as well. You know, it’s not Shakespeare, but it’s about that king, it’s about Henry V and his evolution and the conquering of France.

What do you love abut movies?

What do I love about movies… Movies for me are a bit of a holiday from life. It’s a nice diversion from life. For me, whether I’m writing or directing or acting in a movie, it’s a complete avoidance of my own personal life. I really like when movies move me. 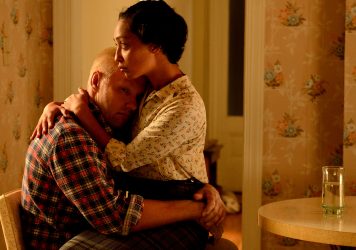