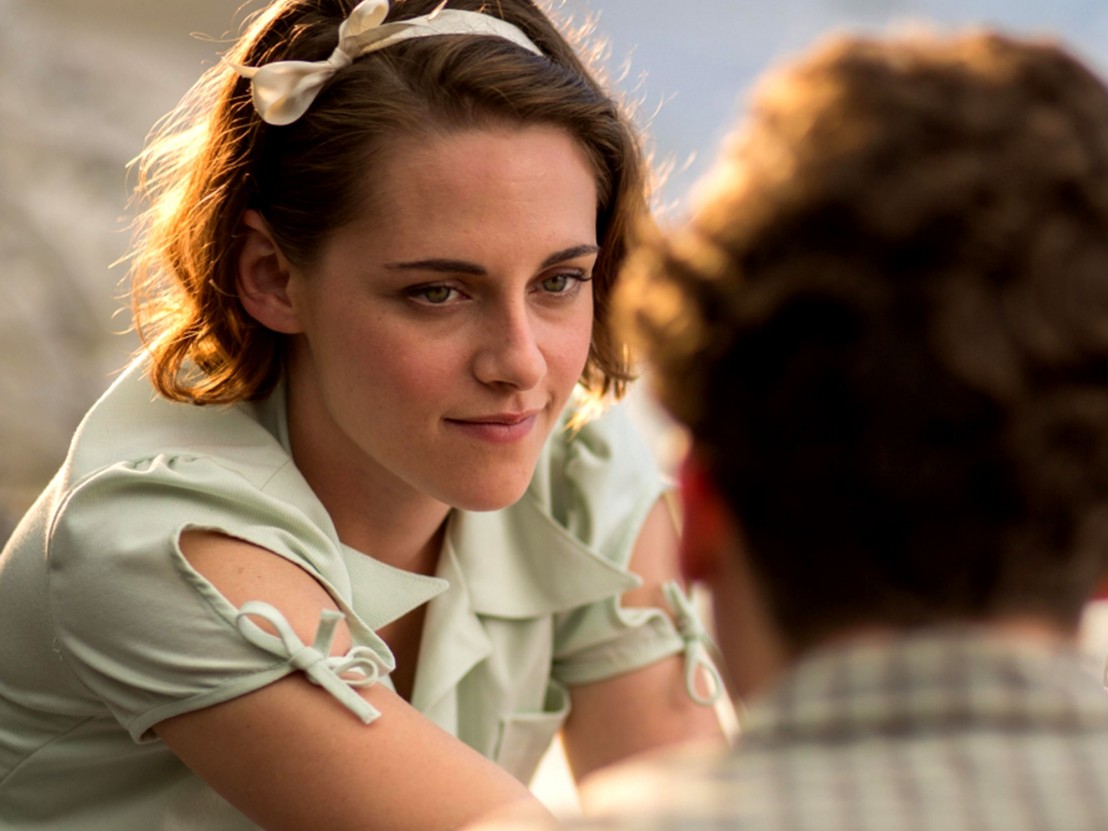 Café Society is about when loving a person doesn’t lead to a life together, yet that love lingers on, turning people into dreamers. The problem is that most of the film is devoid of this idea, and indeed any emotional tension. By the time director Woody Allen shows us his sentimental hand, this admittedly stylish film – replete with dismal one-liners about women – is nearly over. Whether the final stretch does enough to recalibrate what has come before is a question for each viewer to answer.

The film is divided in time, place and quality across two 1930s settings. Allen is at his best on his (and the main character’s) home turf. Once the story reaches New York City, lost love has added a layer to the grating Bobby, played by Jesse Eisenberg, whose Allen impersonation – flattening his typical cadences and prickly magnetism – is a serious misjudgement.

Café Society begins with Bobby leaving his Jewish New Yorker family for the bright lights of Hollywood. He is hoping that Uncle Phil (Steve Carell), a big-time exec, will be his fast ticket to making it in the business. Nothing moves faster, however, than the arrow that Phil’s secretary “Vonnie” (Kristen Stewart) lodges in his heart. She is in a relationship so Bobby settles in as her attentive friend – with a sideline in creepily appreciative comments – waiting and hoping. The early part of the film plays like a period screwball comedy drained of dynamism. It has all of the right beats and none of the right charm.

Key characters are not who the script believes them to be. When Vonnie describes Phil as, “so alive and full of energy,” it is hilarious. Phil is a lifeless lunk, no matter how many times his character answers a call from a famous person – it’s a bafflingly robotic performance from Carell. “You’re very naive,” is a Bobby descriptor. This doesn’t fit a young man who progresses his career through nepotism and opportunistically hangs around a girl with a boyfriend.

Stewart is the best thing going here, gracefully rising above the nonsense to play a girl caught between two men. But the script is wrong about her too. She is no “angel”. Her allure is worldly pragmatism. Still, it’s difficult to care about characters who are all selfish and one-dimensional, whatever delusions the creator has about them, and regardless of the glamorous movie bustle taking over in the admittedly elegant production design of a background.

It quickly becomes apparent that Café Society isn’t a mechanical exercise by a workaholic auteur. There is something that Allen is getting at and building towards, even though he does himself no favours by puffing up many social situations with ‘witty banter’ rooted in the swaggering masculine idea of women as birds of paradise. Blake Lively provides pleasant background decoration, tittering politely in the face of sexual aggression. ‘Oh, men!’ you can imagine her saying to her friends.

The whole structure of the film moves towards something that is sweet and light and dreamy and mature. The focus is not on the chattering ensemble of characters or the tying up of wayward narrative strands, or relative degrees of human darkness, as explored in Allen’s 1989 film Crimes and Misdemeanours. These elements are merely sideshows to the wistful kernel of an idea that Allen is desperately trying to transmit.

Café Society is a mellower film than we are used to from the director. The headache-inducing prattle of Magic in the Moonlight and Midnight in Paris is eventually displaced by a quiet reflectiveness. It may come too late to quash the film’s many problems, but hopefully we will see more of this side of Allen in future. The message of Café Society is that the passing of time makes you dream more, so let’s see what dreams may come.