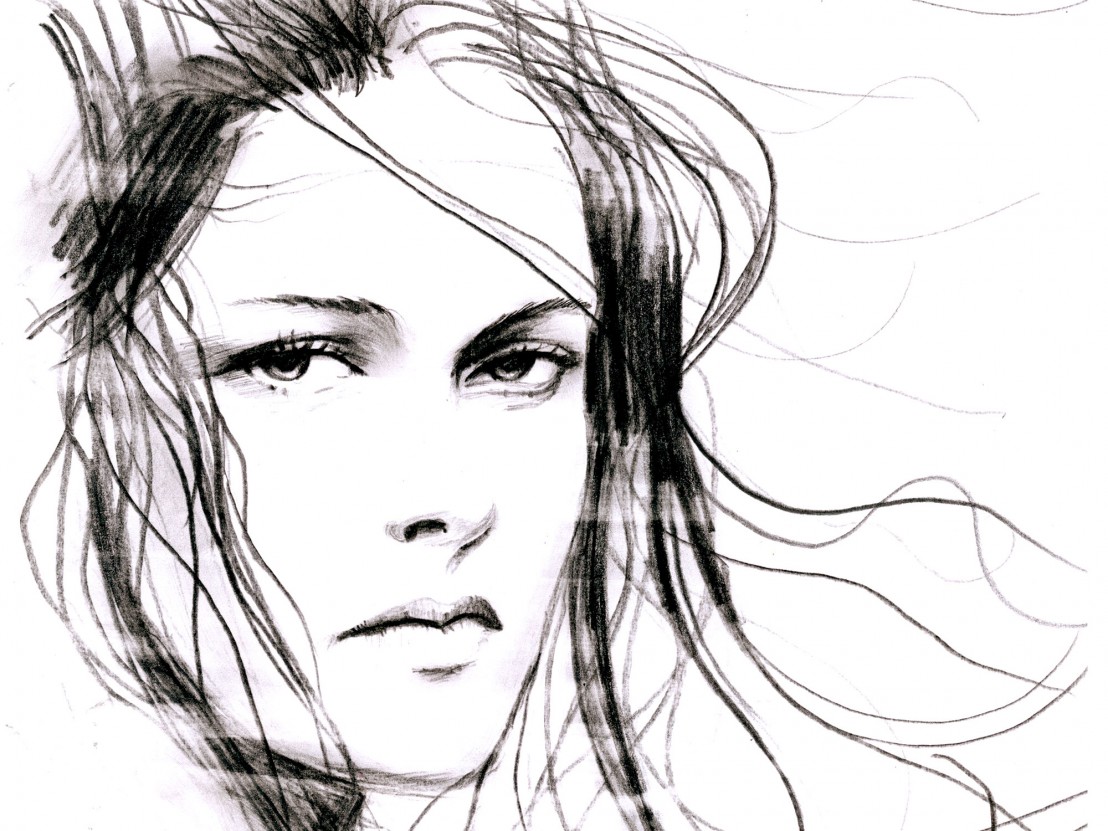 Chapter One: The Question

Robert Pattinson. Twilight. Getting naked in indie movies. Fame. These are just some of the things we won’t be talking about with Kristen Stewart. “Oh, good!” says the actress, slightly taken aback when we give her the good news. We’re sat on the roof terrace of a hotel – heavily populated on the ground floor by security blockheads – and it’s week two of the Cannes Film Festival. Only 22-years-old, Stewart is being afforded the kind of elite protection from the media usually reserved for Hollywood’s biggest megastars. But we don’t really want to ask her about that either.

In fact, LWLies only has one question: what does Kristen Stewart want to talk about? “Right,” she says. Then she thinks. “I don’t want to sell myself. People are so weird. They suddenly find themselves so interesting that they think they’re worth selling. Typically speaking, the most interesting thing to me about myself is, right now, the fact that On the Road is coming out. And I want to talk about On the Road.”

Chapter Two: On the Road

To talk about On the Road is to discover that, although people ask Kristen Stewart a lot of questions, the answers all lead to one place. It’s really simple: she’s a 22-year-old kid who’s mad-crazy in love with her job. “Oh my god, I fucking love it so much,” she beams. “I’m not Marylou; I’m Sal. Right now, I feel so full. I’m, like, bursting. I should be working. I don’t want to take a break. It’s funny, on set, I don’t have to go to the bathroom, I don’t have anything wrong, I’m perfectly fine, so through-and-through. I’m not hungry. I’m literally not even in my own body. They wrap and they send me back to my trailer and I fucking fall to pieces. I suddenly realise that I’ve had to pee for about six hours. And I’m starving.”

This kamikaze work ethic left her co-star Chris Hemsworth dumbfounded on their blockbuster Snow White and the Huntsman. Why, wondered the Aussie heartthrob, was she attacking a basic Hollywood fantasy like it was a Paul Thomas Anderson drama? “Awww…” she smiles, affectionately. “He’s the same way. Well, he takes it very much at face value. Sometimes I need to make myself do that. I just really am trying, trying, all the time. I mean, Walter [Salles] actually said to me several times during On the Road, ‘Stop reaching. You’re already there.’ But I like to be scared. I love to suddenly feel out of control. Actors walk around wearing these little tool-belts of acting skills. And I just don’t find that interesting to watch. I never want to see someone who clearly can cry at the drop of a hat. That’s so uninteresting. And so many actresses are so fucking crazy. They’re emotional wrecks, so they pretend to be these characters. But the emotions aren’t coming from the right place. Do you know what I mean?” And you have to remind her: this is your interview, you tell us.

“At first, the reason I started doing this was literally just because I wanted a job. My parents are crew – my mom’s a script supervisor; my dad’s an AD – and I always looked up to them, I really totally completely glorified the movies. And so at first, I really just wanted the responsibility. I wanted adults to talk to me. I wanted to be involved. I was bored. Then I turned 13 and I did this movie called Speak… I mean, to do a date-rape movie at 13, it really affected me and I suddenly felt like things could be really important and really help people. I did this PSA [public service announcement] right after I did the movie and this enormous influx of people called in and said things that they had never told anyone before. And it hit me so fucking hard. I was like, ‘Wow, something that I love, something that was so personal to me’ – because at that point, I had never gotten any acknowledgement for anything I’d done, it really was just for me – ‘suddenly touched people.’ Movies, they can be important if you want them to be.”

So here it is. If you want them to be, even teen movies about hair-gelled vampires and werewolves in cut-off jeans can be important. They can help you make other movies, movies like On the Road, movies that might not get seen or even made without you.

In Hollywood, with great power comes… great parties. But here’s the reason why you won’t see Stewart following Lindsay Lohan into the starlet scrap yard. Through some crazy accident, indie actress got bitten by a radioactive franchise and gained special powers. They won’t last forever. But while they do… “It’s weird to be in this position of, like…” She sighs, checking herself. “Not to sound fucking crazy, but ‘financial prowess’. I feel bad about it. I feel like you need to do something. I made Welcome to the Rileys [in which Stewart played a young woman with emotional issues] a few years back and now I want to open two halfway houses, one in New Orleans and one in LA, and I want to make a documentary about why it’s important. But all this ridiculously empty charity work that you see? Like, you show up at an event and you wear a dress and you auction your dress off and you suddenly feel important. I want to do it right. Right now, I just feel it. It’s not to be wasted. Because I know my value is fucking strong.”