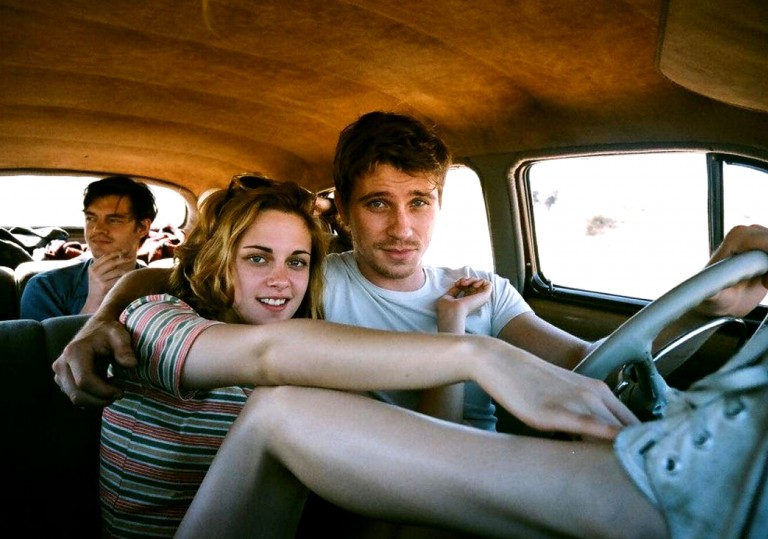 An adaptation of an American classic decades in the making.

This is serious filmmaking that deserves serious consideration, but it has to go down as a noble disappointment.

It emerged like music from the clattering rhythm of a typewriter, a symphony of turbulent youth and forlorn adventure. But it moved to its own beat – the percussion of leather on gravel. Jack Kerouac may have captured a moment but he didn’t contain it. ‘On the Road’ was the book that became a journey, a rite of passage for a generation with their eyes on the horizon. It was the story that continued to move. The rhythm that continued to beat. But fainter and fainter.

Written in 1951 but only published six years later, the book’s relationship with its own era was never straightforward. Its success precipitated Kerouac’s own decline, stripping him of the outsider status that fuelled his work. Half a century later, it may still be part of the hipster travel bag, but age has turned its iconoclasm into something more like nostalgia, if not cliché.

Kerouac, of course, wasn’t the only figure from the ’60s counterculture to find himself absorbed by the establishment he loathed. Che Guevara faced a similar fate, which is why it makes sense that this long-delayed adaptation should fall to Walter Salles, director of The Motorcycle Diaries.

In retrospect, that account of Che’s early years looks like a proving ground, a template even, for how to tackle the supposedly ‘unfilmable’ nuances of Kerouac’s novel. But there are crucial differences. Where The Motorcycle Diaries felt its way around the edges of Che’s life, inferring and foreshadowing the events to come, ‘On the Road’ is the seminal event of Kerouac’s career. The challenge for Salles is to illuminate this story without fixing it, to capture but not cage it within the dimensions of a cinema screen.

But for all the tragic grandeur of Garrett Hedlund’s Dean Moriarty, or the sun-blushed sexuality of Kristen Stewart (never better than she is here), for all the sweat and youth and vitality battering against the screen, On the Road can neither transport nor transcend. In straining to fit the limitations of cinema, it cuts Kerouac’s novel down to size, reduces what it attempts to immortalise. But perhaps it humanises, too.

Mindful of Bull Lee’s reproach that ‘translation is treason’, Salles and his screenwriter Jose Rivera have adapted ‘On the Road’ with studied reverence. It’s a kinetic thing, vivid and muscular, that swings back and forth between San Francisco and New York, with interludes in a Louisiana madhouse and a Mexican brothel.

New York is home to Sal Paradise (Sam Riley), a French-Canadian writer who stands on the threshold of the 1950s with “the awful feeling that everything is dead”. He runs with a bohemian crowd of drunks and junkies, poets of dissolution like Carlo Marx (Tom Sturridge), who “never say or do an uncommon thing”, but dream of creating a new world to house their alienation. They find inspiration in Dean Moriarty.

Both prophet and parasite, his appetites drive them out beyond the city, into America, where Sal’s story drifts in the air currents of Oldsmobiles and flatbeds, in the company of grifters and migrants. There’s a loose narrative about Dean’s infatuation with the teenage Marylou (Stewart), the way he picks her up and flicks her aside for a new sweetheart, Camille (Kirsten Dunst), then betrays her as well. How the passion in Dean’s eyes is eventually shown to be something closer to grief. How he slips away from Sal, too, and how youth slips away from them all.

And yet for all its languorous melancholy, On the Road is a celebration of this impermanence. It’s a film of breathless arrivals and swift departures, of fleeting sex and doomed affairs. Sal, Dean and Marylou may be racing towards self-destruction, but they never slow down. The world is permanently in their rear-view mirror.

That doesn’t make Salles’ film a traditional road movie. On the Road isn’t about travel; it’s about life – the road is simply the medium of Sal’s, and therefore Kerouac’s, story. As the movie’s opening scene suggests, Kerouac expressed himself in footsteps, he wrote his life into the landscape and punctuated it with the intersection of other lives, other stories.

That makes the film patchwork and episodic, but it also makes On the Road a rich ensemble, with memorable cameos from Viggo Mortensen as Old Bull Lee, Alice Braga as a migrant labourer, and Steve Buscemi as an uptight travelling companion who shares an eye-watering night with Dean.

So what is it about On the Road that falls short? That feels so… limited? It’s partly that watching somebody else’s trip is never as fun as experiencing it yourself. At some point in the wide-angled rush of landscapes slipping by, the screen becomes a kind of photographic slide, and Sal a monotonous narrator. There’s also the wearying sense that Sal and Carlo aren’t quite as smart, quite as funny, quite as fascinating as they seem to find themselves. And it doesn’t help that Sam Riley is so assiduously ‘performing’ Kerouac’s voice, which results in much of his dialogue sounding laboured.

There is, above all, a kind of numbing deference to Salles’ adaptation – a sense that On the Road has been fitted to the screen because it ought to be, not because it needs to be. And so the film quotes from Kerouac’s life and work with the same academic dispassion that Sal and Dean display towards Proust’s Swann’s Way, which accompanies them back and forth from coast to coast.

Dean quotes from the book at one point: “Why, what in the world should we care for if not our lives, the only gift the Lord never offers us a second time.” But it’s hard to decide if these characters are profligate or truly blessed; believers or apostates. Certainly the women in their lives are both worshipped and rejected. Whatever the charms of Marylou or Camille, it’s never enough to anchor their men, because they can’t extinguish the fire that drives them away and back again. So they’re left to deal with the grim realities that Dean leaves in the tracks of his departures.

Until, finally, this film and these people that burn, burn, burn simply fizzle out. And you realise, as Sal buys a suit, says goodbye to Dean for the last time and sits in front of his Underwood with a packet of cigarettes and a bottle of whiskey, that this moment was over before Kerouac even set it down on paper. He was already writing an obituary for something the rest of the world didn’t even know had been born.

What does that make this version of On the Road? A memorial, perhaps. A fitting monument to something passed, suitably solemn but absent its own spark of life. A film fixed irresistibly on its own rear-view mirror.

An adaptation of an American classic decades in the making.

This is serious filmmaking that deserves serious consideration, but it has to go down as a noble disappointment.