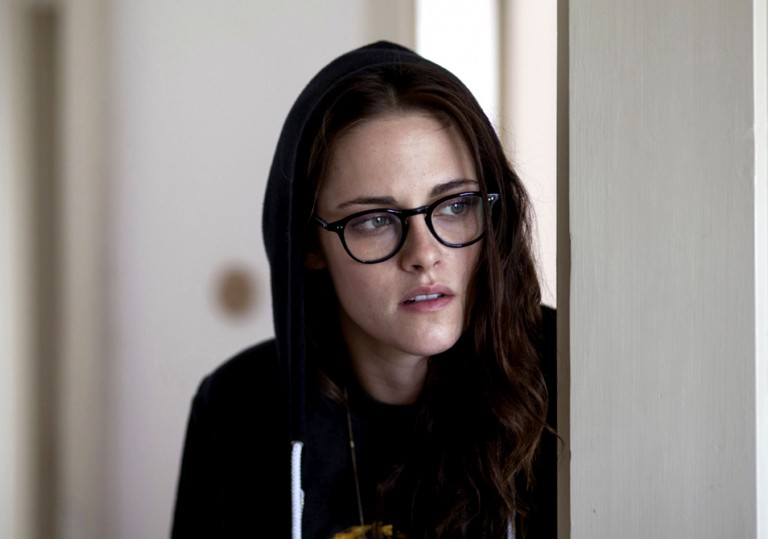 Binoche and Assayas re-team for the first time since 2008’s Summer Hours.

It’s an impassioned work whose rough edges are sometimes too noticeable.

“I’m tired of acting on wires in front of a green screen,” carps star actress Maria Enders (Juliette Binoche) in Clouds of Sils Maria, a complaint that connects the protagonist to her obvious predecessor in director Olivier Assayas’ oeuvre: Maggie Cheung in 1996’s Irma Vep. The similarities between these two films are instructive. Like Cheung, Binoche is playing a version of “herself”, and both films’ plots pivot on the production of a potentially problematic remake, a modernisation of a classic silent film in the former, and the mounting of an acclaimed stage play in the latter.

Assayas’ screenplay here is a winding, serpentine creation. Not for nothing is the play-within-the-film called Maloja Snake. As the film opens, Maria, who made her name in the original stage production of Maloja Snake is mourning the death of its author while fielding a request to star in a new version where she plays a different character – the mousy middle-aged businesswoman seduced by the sly young sexpot she’d essayed in her salad days. The psychologically fraught proposition of switching roles is tweaked even further for Maria by the (non-sexual) intensity of her relationship with her twentysomething assistant, Val (Kristen Stewart), whom she has come rely on to an alarming degree.

Stewart won the César award for Best Supporting Actress for Clouds of Sils Maria, and while it’s tempting to suggest that she deserved the prize just for being able to keep up with Binoche in their long back-and-forth dialogue scenes, the fact is that the American ingénue actually creates the richer characterisation. As Val’s unqualified admiration for her boss gives way to frustration at how easily Maria dismisses her ideas about life and art – like in a tipsy throw-down about a cheesy superhero movie featuring Hollywood It Girl Jo Ann Ellis (Chloë Grace Moretz), Maria’s prospective star in the new Maloja Snake – Stewart shows a tetchy edge a million miles removed from Twilight.

She also takes the softballs the script lobs her about the perniciousness of contemporary celebrity culture and knocks them out of the park. When Val protests to Maria that Jo Ann is a worthy actress beyond her TMZ-baiting afterwork antics, it’s cathartic in a way that resonates beyond the world of the film. It also suggests that Assayas is doubling down on the blurred lines between performers and their roles. Yet not all of the director’s gamesmanship works so well. Moretz is too anodyne in a skimpily written part, and the scenes in which Assayas tries to actually visualise the state-of-the-art Hollywood cinema that Maria is fretting about are phoney in a way that exceeds their satirical function.

There is perhaps something a little prefab about Clouds of Sils Maria, which not only leans heavily on highbrow works like The Bitter Tears of Petra Von Kant and Autumn Sonata, but seems to actively yearn for a return to the glory days of the stony chamber drama. Irma Vep’s apocalyptic diagnosis of contemporary French cinema climaxed with an embrace of new forms; it was giddy and fearful at the same time. Clouds of Sils Maria, meanwhile, is clever and controlled – almost to a fault.

Binoche and Assayas re-team for the first time since 2008’s Summer Hours.

It’s an impassioned work whose rough edges are sometimes too noticeable.