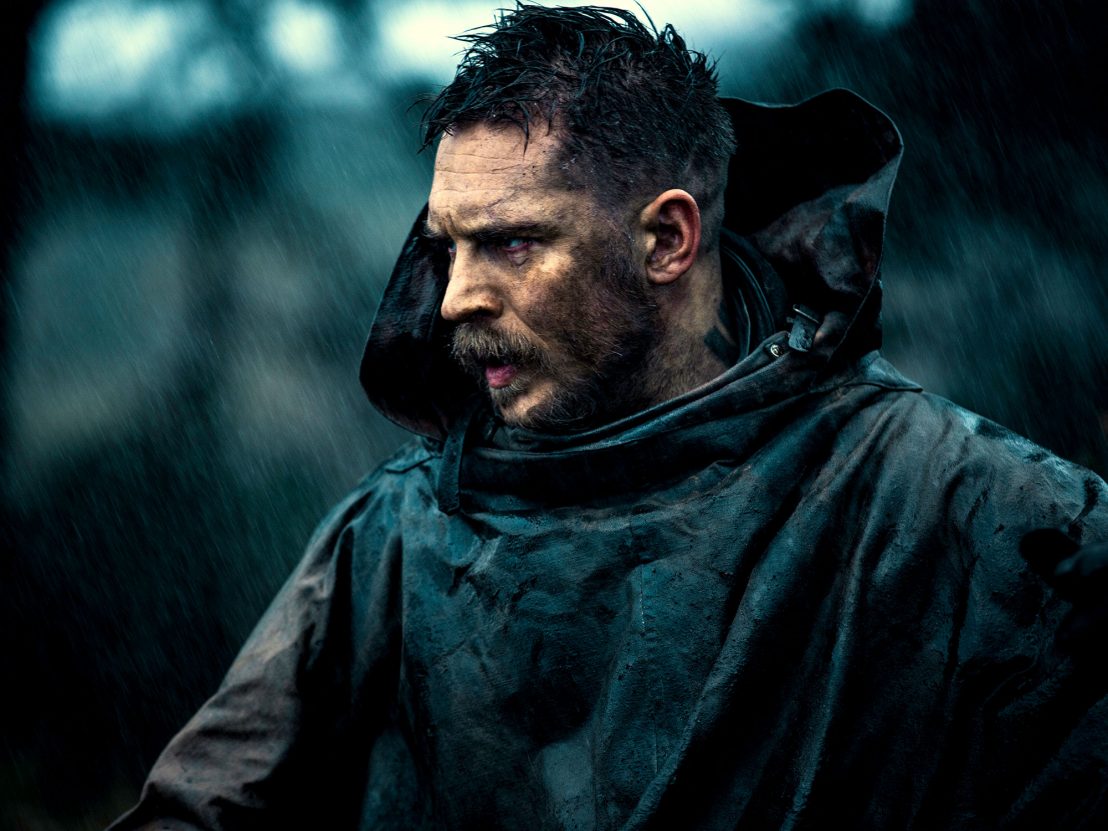 Overwhelmed by the amount of choice on offer on the small screen these days? Are you looking for high quality programming but live in fear of missing out? We’re here to help. Our essential 2017 TV preview features 30 original dramas, animated series, long-awaited follow-ups, cult curios and tantalising spin-offs, all coming your way over the next 12 months. Tell us which shows you’re most looking forward to by tweeting us @LWLies 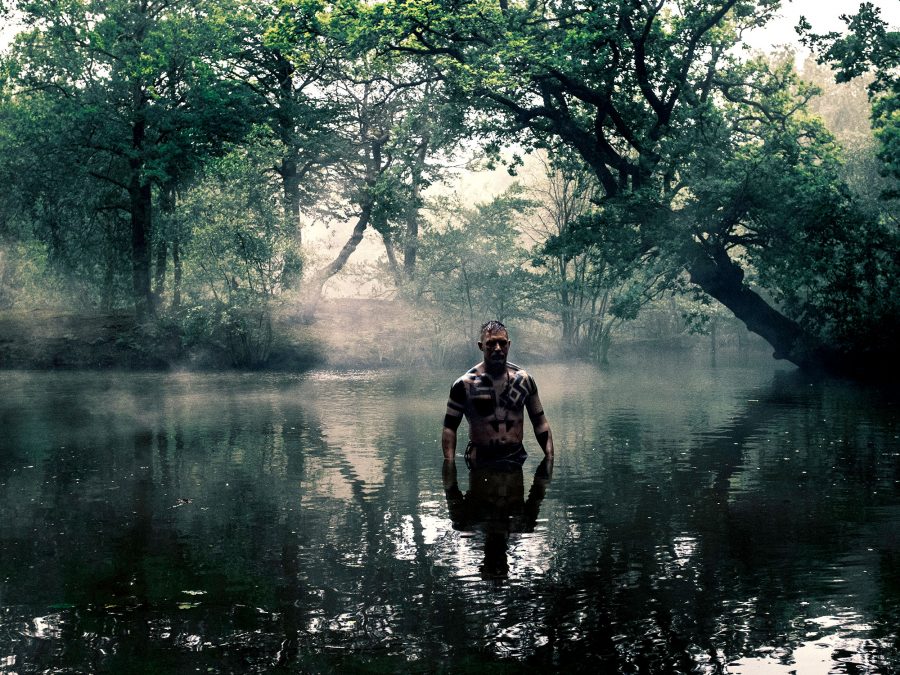 Tom Hardy stars as an adventurer in the 1800s, who on his return to England, seeks revenge on the men who killed his father. Peaky Blinders creator Steven Knight again partners up with Hardy following their fruitful collaborations on the popular BBC drama as well as the 2013 feature, Locke. This project is particularly close to Hardy’s heart, with Chips Hardy (his dad) being credited as a co-creator. Jonathan Pryce, Oona Chaplin and Jessie Buckley are among the talented cast.

Sophia Amoruso’s bestselling book about her climb to the top of the fashion industry is getting the Netflix treatment, with a 13-part series set to be released in 2017. The show will hopefully give a much needed insight into the life of a 21st century businesswoman and her successes.

A brilliant sounding premise for an original comedy, Powerless imagines how an insurance company copes with the destruction caused by DC superheroes. A question often pondered in comic book movie land is whether the heroes are actually causing more harm than good. Now finally it looks like we have the answer. Alan Turdyk and Vanessa Hudgens star in this offbeat caper.

Based on the incredibly successful book by Margaret Atwood, The Handmaid’s Tale centres around a woman who is forced to live as a concubine under a totalitarian theocracy, where she then begins an illicit affair. This series is produced by MGM Television and stars the great Elisabeth Moss alongside Yvonne Strahovski.

Spike Lee is transforming his debut feature She’s Gotta Have It into a 10-part Netflix series which he will direct and produce alongside his wife, Tonya Lewis Lee. The 1986 film provided a groundbreaking portrayal of an African-American woman in New York, and for its 30th anniversary year Lee was keen to, “revisit these memorable characters who will still be relevant and avant garde three decades later.” DeWanda Wise will play the lead, Nola Darling, with Anthony Ramos also starring. 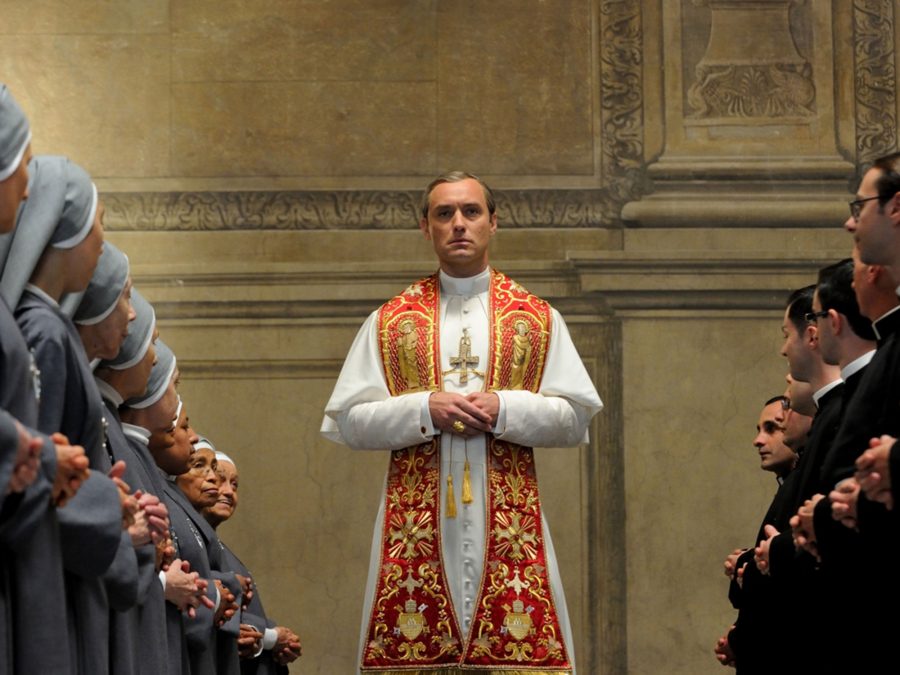 A handsome rogue with traditionalist views (Jude Law) becomes the new pontiff despite his shady past and American heritage which causes political turmoil amongst the Catholic faithful. A coke drinking, cigarette smoking Pope is an odd prospect and should make for great TV, especially with the formidable cast including Diane Keaton and Javier Cámara.

A line uttered by many a stand-up comedian, this show follows the ins and outs of a ’70s-comedy club in the thriving scene of LA. Produced by Jim Carrey, starring Melissa Leo, Ari Graynor and a host of special guests, and based on William Knoedelseder’s novel of the same name, expect lashings of dark humour.

James Franco plays twins in this series which explores New York City in the ’70s, where prostitution and the pornography was turning Manhattan into a seedy cesspit. The Wire creator David Simon and writer George Pelecanos are the driving force behind this one, with Maggie Gyllenhaal starring alongside Franco.

An ex-con discovers that his new boss is the Norse God Odin in this long-awaited adaptation of Neil Gaiman’s novel. The series is co-created by Hannibal mastermind Bryan Fuller and Logan and Blade Runner 2049 writer Michael Green, and stars Demore Barnes and Gillian Anderson.

Justin Simien returns to write and direct this series adaptation of his 2015 breakout feature. Dear White People explores the lives of black students at a predominantly white Ivy League college and the everyday racism they face, with the radio show from which the film takes its name acting as a narrative overlay. The forthcoming TV expansion will ensure that the national discourse around race will continue productively in the mainstream media.

In this sequel to Shakespeare’s ‘Romeo and Juliet’, the marriage of Rosaline and Benvolio is intended to unite the warring households in the wake of the doomed cousins’ deaths. Lashana Lynch, who made her film debut in 2011’s Fast Girls, stars as Rosaline alongside Zuleikha Robinson as Lady Capulet and newcomer Wade Briggs as Benvolio.

A new project from Lisa Rubin, Gypsy follows therapist Jean Holloway, in a starring role for Naomi Watts, who develops dangerous relationships with her clients. Also starring Billy Crudup, the series has a strong cast and well-established director in Sam Taylor-Johnson behind it.

Disney Television Animation have produced an animated series to follow on from the 2014 mega-hit Big Hero 6. Ryan Potter returns to voice Hiro Hamada, the 14-year-old robotics prodigy who faces the challenge of academia as well as the responsibilities of fighting crime once enrolled at the San Fransokyo Institute of Technology. He is joined by most of the original voice cast from the film, including Jamie Chung as fellow student GoGo Tomago and Scott Adsit as inflatable robot Baymax.

The acclaimed BBC miniseries created Jane Campion returns for a second instalment with Nicole Kidman and Game of Thrones’ Gwendoline Christie joining Elisabeth Moss. The crime drama follows Moss as Detective Robin Griffin, who returns to her New Zealand hometown to solve the mystery of a pregnant 12-year-old’s disappearance. The second season will reportedly take place in Sydney and Hong Kong.

Netflix has ordered six episodes of another book adaptation series for 2017, this time Alias Grace based on the 1998 Margaret Atwood novel of the same name. The show depicts the true story of servants Grace Marks and and James McDermott, who were convicted of the murders of their employer Thomas Kinnear and housemaid Nancy Montgomery in 1843. Sarah Polley has adapted Atwood’s text and American Psycho’s Mary Harron will direct. 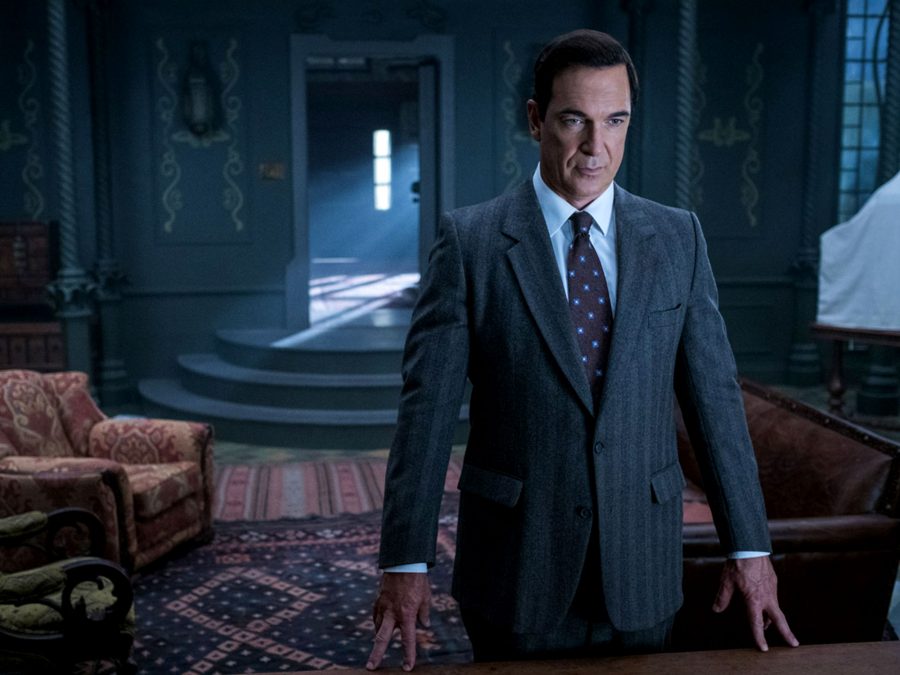 16. A Series of Unfortunate Events

The dark and delightfully gloomy children’s series finally has the small screen treatment it deserves courtesy of Netflix. Neil-Patrick Harris, Patrick Warburton and Joan Cusack are the most well-known names to star in this new adaptation, which introduces newcomers Louis Hynes and Malina Weissman as the Baudelaire children. The show will hopefully capture the integral sombre tones of the original stories.

FX has picked up this new 10-episode series from Boyz n the Hood director John Singleton. The West Wing’s Tim Matheson and actor/comedian DeRay Davis are set to star at this dramatic look at the 1980s Los Angeles cocaine epidemic and its impact on the city. London-born Damson Idris is also set to feature as power-hungry street entrepreneur Franklin Saint.

An all-star cast of Alexander Skarsgård, Adam Scott, Nicole Kidman and Reese Witherspoon assemble for this eagerly anticipated original series. It follows a group of seemingly perfect mothers whose cosy lives are shattered by murder and other mysterious goings on. Dallas Buyers Club director Jean-Marc Vallée teams with David E Kelley for this twisted suburban drama.

A new Sky Atlantic series about an activist couple in 1970s London who free a political prisoner will feature Idris Elba in the lead. He’s also serving as executive producer, teaming up with writer John Ridley who won the Best Screenplay Oscar in 2014 for 12 Years a Slave. Guerrilla promises to be an intense exploration of radical activism and resistance.

A show that really needs no introduction. David Lynch’s first major project since 2006 – and his first with writer Mark Frost since 1992’s Fire Walk with Me – chronicles the infamous mountain town 25 years on. Sheryl Lee, Mädchen Amick, Dana Ashbrook, Kyle MacLachlan and the rest return for what is easily the most exciting TV event of the year.

Community creators Joel McHale and Dan Harmon are writing 14 new episodes of cult ’90s comedy MST3K, which owes its revival to Kickstarter. It’s set to star Felicia Day and Patton Oswalt as the revamped mad scientists who send a useless worker (Jonah Ray) into space where he is made to watch terrible movies with his robot buddies as a wicked experiment.

This intriguing new project from Oscar-winning screenwriter Dustin Lance Black chronicles the gay rights movement in the US from the Stonewall Riots in 1969 onwards. The first two-hour segment will be directed by Gus van Sant, and the cast includes Guy Pearce and Mary-Louise Parker as an LGBT activist and women’s rights activist respectively.

Jenji Kohan, the brains behind Orange is the New Black, will serve as executive producer on the comedy drama G.L.O.W., about the 1980s female wrestling outfit Gorgeous Ladies of Wrestling. Starring Alison Brie and comedian Marc Maron, the show will delve into the personal and professional lives of female pro wrestlers as a struggling actress finds work on a weekly series about the performers.

No Paul Rudd, but Elizabeth Banks, Amy Poehler and Ken Marino all return for the third instalment of the cult film-cum-series, which will follow the progression (or perhaps regression) of the much-loved campmates 10 years on. Let’s hope it continues the success of the Netflix prequel from 2015. 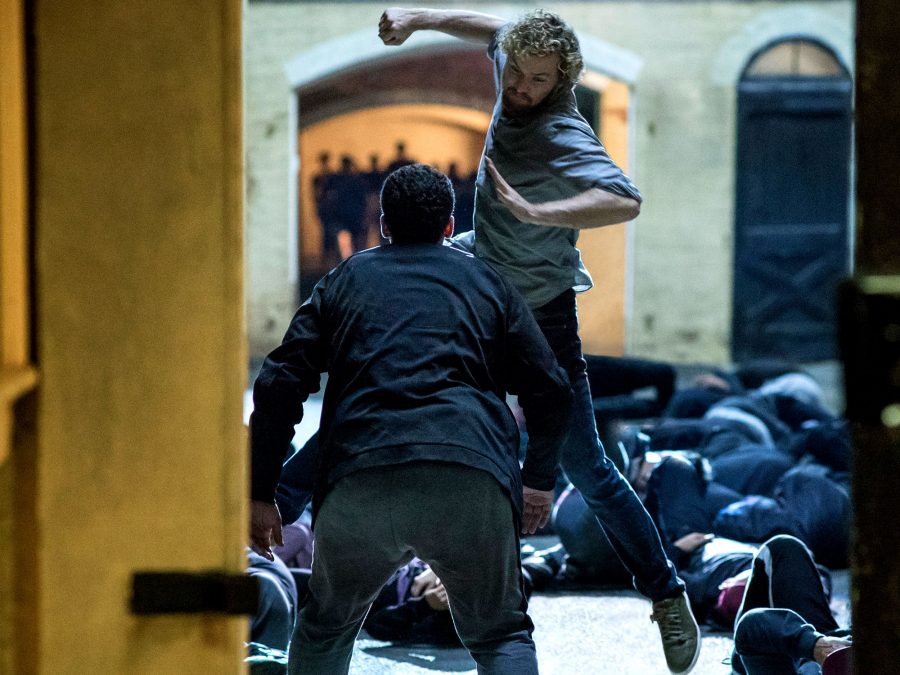 Finn Jones, best known for playing Loras Tyrell in Game of Thrones, lands his next major screen role as Danny Rand, aka Iron Fist, in this new Marvel series. It sees the titular martial arts expert return to New York to claim his family legacy, where must choose between his duties as a human weapon and his inherited responsibilities.

Chris Kraus’ 1997 novel of the same name has been adapted for Amazon. Starring Kathryn Hahn and Griffin Dunne as a couple who become infatuated with a professor named Dick (Kevin Bacon), the latest offering from Transparent creator Jill Soloway promises to be another humorous exploration of married life. The pilot received warm reviews when it aired back in August.

Charlize Theron is exec producing this crime drama which focuses on two FBI agents and their attempts to solve cases by interviewing imprisoned serial killers. Based on the book ‘Mindhunter: Inside the FBI’s Elite Serial Crime Unit’ by former agents John Douglas and Mark Olshaker, the show will star Jonathan Groff and Holt McCallany in the lead roles. David Fincher is down to direct.

This four-part animated serial, based on the beloved 1972 novel by Richard Adams, boasts a budget of £20 million and a cast consisting of Gemma Arterton, John Boyega, Ben Kingsley, Nicholas Hoult, Olivia Coleman and James McAvoy. It’s set to air first on BBC One before hitting Netflix.

This latest work from American Horror Story creator Ryan Murphy is an anthology series depicting the infamous rivalry of Joan Crawford and Bette Davis that peaked during the filming of the 1962 film Whatever Happened to Baby Jane?. The show boasts an all-star cast with Jessica Lange as Crawford and Susan Sarandon as Davis alongside Alfred Molina, Stanley Tucci and Sarah Paulson. 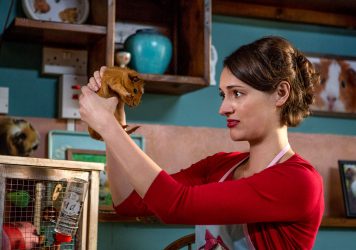