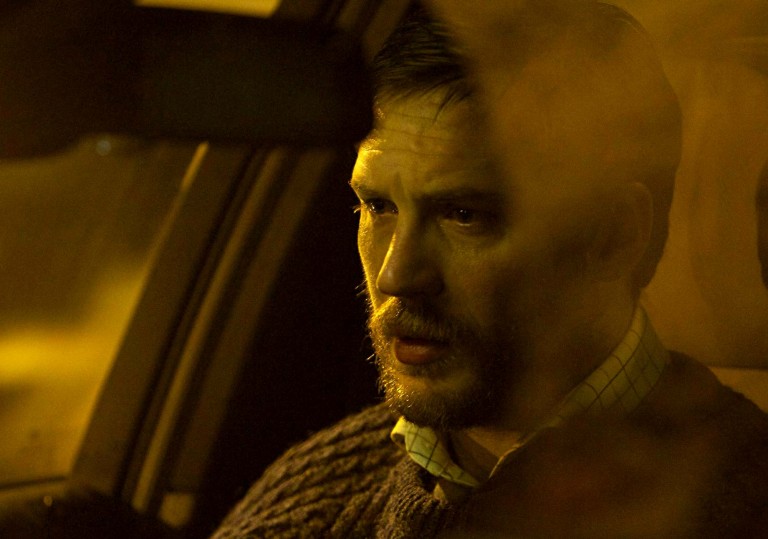 Starring Tom Hardy! From the director of Hummingbird...

Have you ever laid in bed at night, pondering what Abbas Kiarostami’s Ten would have been like if instead of actress Mania Akbari driving around Tehran and addressing the inequalities rife in modern Iranian society, we had a grizzled Tom Hardy doing a thick, Richard Burton-style Welsh drawl and unleashing his pent-up ire at Irish concrete farmers directly down the hands-free?

Director Steven Knight’s Locke just about fulfils its remit as a movie, thanks to a stunning, casually restrained central performance from Tom Hardy as Ivan Locke, an ace building site foreman and family man who has to travel to London to attend to a sorry little accident. A pure dialogue piece that comes across as a clever stage play transposed directly to the big screen, the film consists entirely of Hardy coolly traversing conversation strands, attempting to preserve his crumbling marriage and precarious job in the space of an eventful 90-minute evening jaunt.

The dramatic juggling makes Locke feel like a concept episode of Mission: Impossible, in which Hardy’s steely protagonist — by all accounts a “good man”, who’s being severely punished for dropping the ball just this one time — goes to insane lengths to preserve his dignity and self-respect at the expense of just about everything else in his life. In those rare moments where he hasn’t got someone on the line, he barks obscenities at an unseen vision of his abusive father in the back seat, (the film’s weakest element), suggesting that Knight couldn’t rustle up a more subtle way to flesh-out Locke’s tragic childhood.

Other than that, the film’s concept doesn’t get in the way of the central war of words, which, alongside the recent Danish film, A Hijacking, will go down as one of the better works about the psychological nuances of electronic communication. In relation to the concrete-based strand of the story, Knight takes the opportunity to append a neat political dimension to the machinations of the workplace, as our virtuous protagonist is utterly unruffled at the prospect of roping in cash-in-hand immigrant labour to finish the job.

More generally, Locke appears to be about the idea of diplomacy and that, to get our own way in complex and heated debates, it’s sometimes better to grab for a series of tiny wins rather than a single, gigantic smack-down. It’s something of a miracle that Knight manages to protract the material to feature length, though that’s more down to Hardy’s powerhouse presence than the repetitious lattice of lens-flared motorway lights, the latter nothing more than pretty filler. It’s strange that this is being released at the tail-end of 2014 awards season, as Hardy would surely have driven away with a bulging bootful of glimmering silverwear.

Starring Tom Hardy! From the director of Hummingbird...