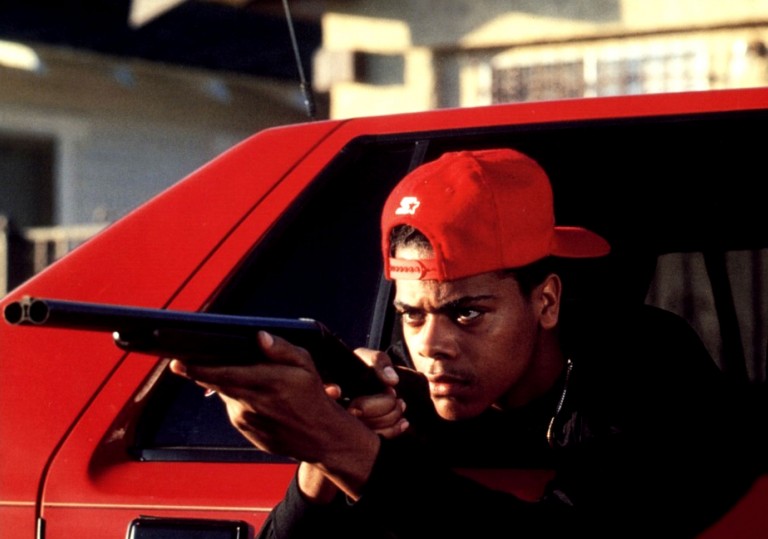 It feels like it should be cheesy and manipulative, but the utter sincerity lifts it immeasurable.

Still very powerful, and Ice Cube’s stripped-back performance should be remembered as one of the best of the ’90s.

The west coast tract house yin to Do the Right Thing’s east coast brownstone yang, John Singleton’s Boyz n the Hood remains a righteously angry and depressingly prescient study of how violence germinates on the streets. Where Lee’s film revealed its bugged-out fury in the very opening frames with Rosie Perez speed krumping on a stoop, Singleton’s is coloured by a wistful melancholia, of the idea that we’re not nervously watching a spark travel down the fuse, but the bomb has already exploded and this is the fallout.

Violence is presented as an unstoppable inevitability, hard-wired into its chest-bumping, teeth-kissing exponents. It’s people acting on a primordial instinct, unable to comprehend how their actions might affect other, innocent people. The victims are the uncared for newborns crawling into the traffic, the proud mothers forced to make premature funeral arrangements for their fallen sons, the fathers teaching truth to power in an attempt to educate the gang-bangers into seeing the real enemy, or the kids playing catch and happening across a bullet-riddled corpse.

Its basic structure cleaves to a fairly conventional melodramatic template, and the plot is rife with blatant signposts as to ensuing mayhem. But where the film excels is in the fine detail. And this isn’t just well-researched mannerisms and speech inflections, but its clever digressions and the unhysterical way in which it’s edited. Singleton seldom resorts to empty camera trickery. He subtly states his presence as a silent, if very angry observer. The use of slow cross-fades is particularly effective, framing the story as dream of progress that gradually descends into a bloody nightmare of dashed hope and random carnage. 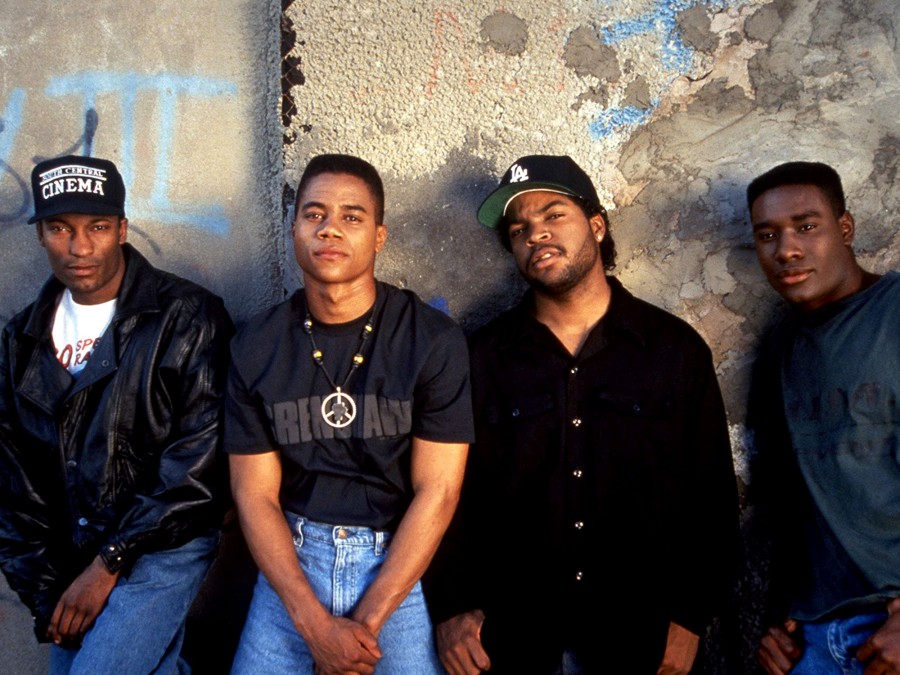 There are two elements of the film that shine the brightest. The first is the complex relationship between the conscientious Tre (Cuba Gooding Jr) and his firebrand father (Laurence Fishburne). It’s not just a generational transfer of common-sense teaching, there’s a sense that knowledge flows two ways. Perhaps the dramatic highlight of the film is the sequence in which the son regales his father with details of a sexual tryst which, along with the tit-for-tat gunplay, acts as another, sweeter example of mis-channelled machismo.

The second element of real note is the beautifully dialled back performance by Ice Cube as the powder keg ex-con who wiles away his days sat on the porch, sucking back cheap beer and surveying his crumbling kingdom. Hardened by jail time and adamant to reassert his fearsome reputation on neighbourhood foes, he talks and acts violently, but in a manner that’s entirely nonchalant. Forceful aggression is so ingrained within him that basic civility now seems quaint. When he refers to women as “bitches” and “hoes”, it’s not because he wants to, but because he has to.

It feels like it should be cheesy and manipulative, but the utter sincerity lifts it immeasurable.

Still very powerful, and Ice Cube’s stripped-back performance should be remembered as one of the best of the ’90s.