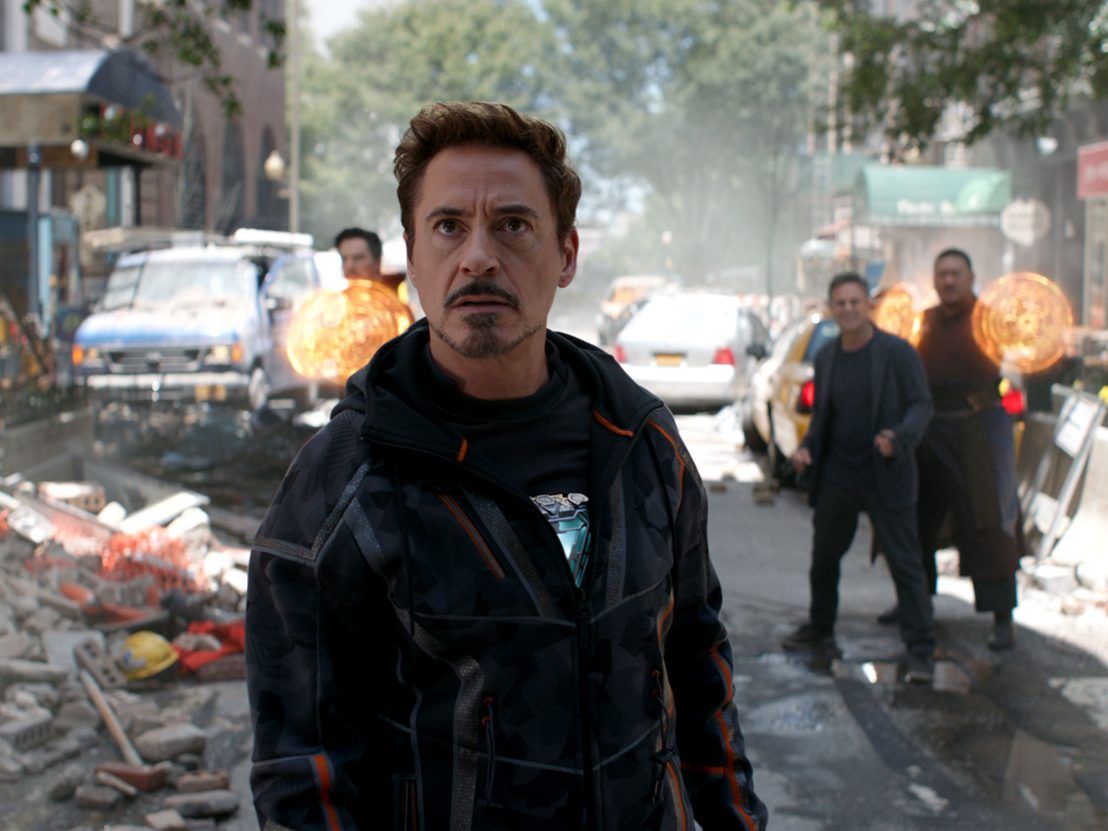 America likened that morning to “something out of a movie,” and ever since, movies have looked like something out of that morning. 9/11 has had a profound impact on blockbuster cinema. In the two decades since 2,996 people were killed in the biggest terror attack in US history, the shaky eyewitness footage that captured the horrors of that fateful day has been morphed into a visceral new visual language for filmmakers wanting to connote pandemonium.

Big-budget epics have allegorised the questions posed by the attacks: did American colonialism bring this upon the nation, asked James Cameron’s Avatar? How did we not notice the looming threat lurking beneath us, wondered Steven Spielberg’s War of the Worlds? Audiences flocked to cinemas to process the panic of 9/11. Almost 20 years later, they’re arguably still doing it: head to your local multiplex and you won’t have a hard time finding films that deploy 9/11 imagery – shattered skyscrapers, plumes of smoke, terrified citizens cloaked in ash.

Which brings us to Avengers: Endgame. 9/11’s biggest impact on Hollywood has been the age of superhero movies it helped usher in, an era that reached a milestone this year with the Russo brothers’ closing chapter in the Infinity Saga. Endgame does something different to the films that preceded it with regards to 9/11, both in the context of the Marvel Cinematic Universe and wider superhero cinema. To understand exactly how the film brings the genre’s 9/11 obsession full circle, we have to step back in time, quantum realm style, through recent caped crusader history. 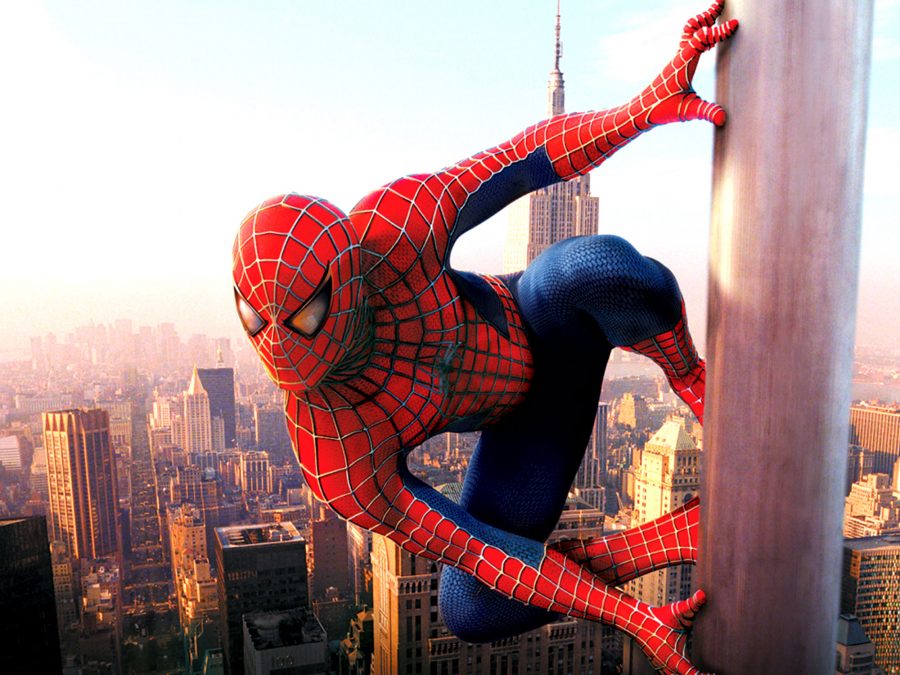 Superhero movies existed long before 2001. After Richard Donner’s Superman effectively birthed the genre in 1978, the decade preceding 9/11 saw fits and starts of masked vigilantes on the silver screen: a trio of Batman movies here, an X-Men origin story there. When the planes struck, Sony had its first Spider-Man movie, directed by Sam Raimi and starring Tobey Maguire, in post-production, posed a problem. The film’s teaser trailer, shown before the likes of Jurassic Park III and Tim Burton’s Planet of the Apes, featured Peter Parker catching a helicopter full of bank robbers in a giant web between the Twin Towers, a scene the studio scrambled to erase. (Spider-Man wasn’t the only film to wipe the monuments from the city’s skyline: Zoolander, Men in Black II and many other films from 2002/3 deemed the sight of the towers too raw).

Raimi’s Spider-Man, paying hopeful homage to New York City and its resilient citizens without ever acknowledging the real-world events that reduced parts of it to rubble eight months earlier, was a huge success. Its box office performance, taking $114m on its opening weekend, sparked a rush to put more superheroes on our screens. The message reached studios loud and clear: in a time of terror, audiences craved the comfort of a mythic saviour swooping in to save them, from threats they could not be rescued from in real life.

And so the era of the superhero movie began. Spider-Man, X-Men and Blade sequels arrived. A Fantastic Four film was fast-tracked. Hulk was handed over to Ang Lee. Hellboy and Hancock offered alternative spins on the superhero guise, with new Daredevil, Elektra, Punisher, Catwoman and Superman films also announced before the MCU started to take shape in 2008.

Of course, 9/11 wasn’t the only driving factor behind this trend. Advances in CGI and special effects meant it was now possible for Spider-Man to convincingly swing through Manhattan, for Hulk to smash through everything in his path with photogenic realism, for Nicholas Cage to play a flaming skeleton in Ghost Rider without it looking (too) laughable. The fact that these were hugely popular comic book properties with built-in global fanbases also made them attractive to Hollywood studios. 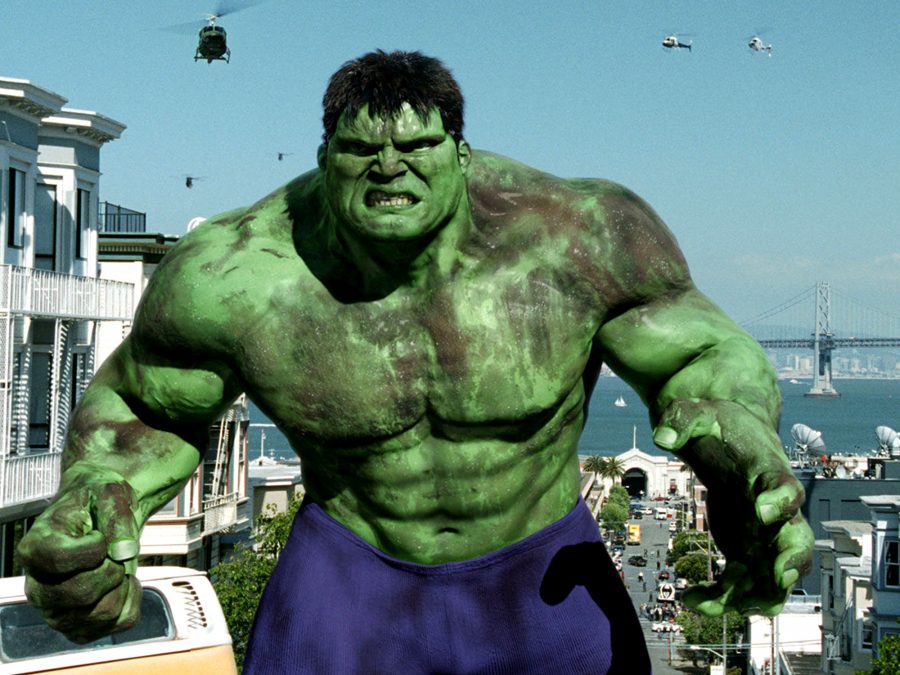 But previous superhero films had never been this popular; never in such high demand. Driving this apparently insatiable appetite, critics theorised, was the new America that had emerged in the wake of 9/11. Superhero movies became “endless attempts to rewrite 9/11” in the American consciousness, as Vox writer Todd VanDerWerff later put it, setting battles between good and evil in US city skylines that, this time, America would win.

As modern superhero cinema grew, it increasingly became a forum for America to exorcise its post-9/11 fears. How do you reckon with an anarchistic force that wants to watch the world burn, whose very ideology is destruction, asked Christopher Nolan’s The Dark Knight? Did America help create the groups that now threatened them, questioned Iron Man? In that first instalment in the MCU, Tony Stark’s captors are terrorists he had previously sold weapons to – an eerie echo of America’s guilt about the CIA having allegedly financially aided Osama Bin Laden decades before 9/11.

Post-9/11 soul-searching in comic book movies didn’t stop there. Captain America, the most jingoistic of Marvel heroes on paper, was used as a jumping off point to probe timely notions of patriotism and propaganda. By 2012’s The Avengers, the 9/11 allusions were explicit. The film’s final battle takes place in New York, with alien aircraft ploughing into buildings, sending twisted shards of debris hurtling towards sidewalks below. In this fantasy, however, the invaders are eventually foiled, Manhattan is saved and 9/11 is rewritten – just as it was rewritten again a year later in Zack Snyder’s Man of Steel, a film full of shocked onlookers fleeing thick fogs of dust and soot as buildings crash around them during a battle between Superman and Zod.

Also in 2013, Iron Man 3 prompted the New York Times to marvel at “just how thoroughly September 11 and its aftermath have been colonized by the movies.” They had a point. “Nothing’s been the same since New York,” Robert Downey Jr’s voiceover begins in the film’s first trailer, teasing a plot that would use touchstones from Bin Laden’s emergence as the attacks’ mastermind: a long-bearded antagonist waging a war of anti-Western capitalistic values, using video diatribes to voice their violent manifesto.

Then came Captain America: Winter Soldier, offering a different angle on America’s response to the attacks: militaristic firepower. Triumphant music plays as Nick Fury introduces Steve Rogers to his massive new arsenal of state-of-the-art fighter warships, bragging about how his “satellites can read a terrorist’s DNA before he steps outside his spider hole.” The battle of New York at the climax of The Avengers, he explains, was proof that steps need to be taken – and liberties sacrificed – to keep Americans safe, echoing the conversation around America’s military advances into Iraq and increased surveillance following 9/11, 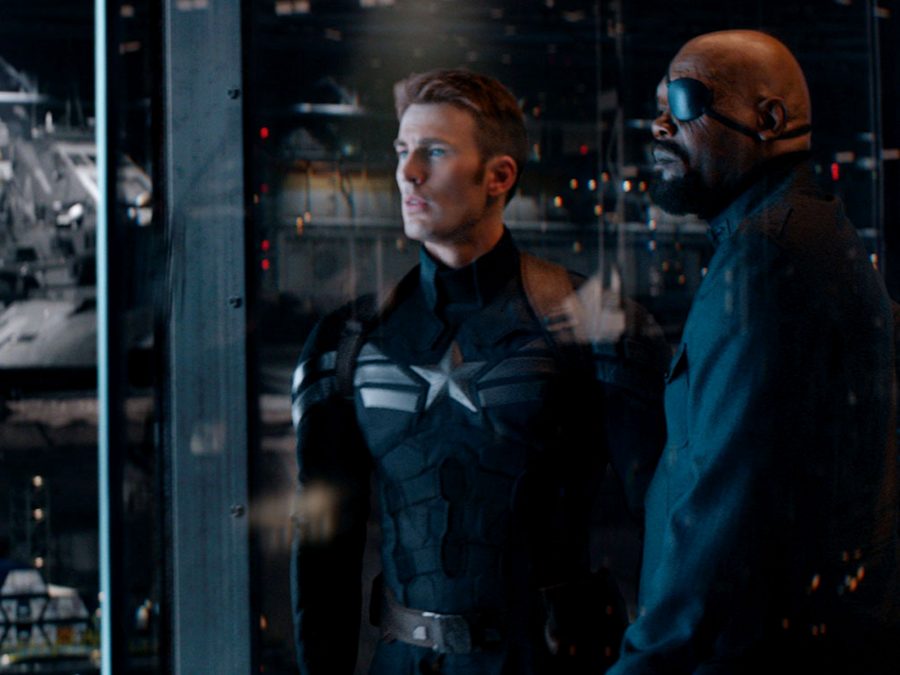 There are 22 films in the Infinity Saga, but there’s an argument to be made that many of them are one film stuck on repeat: a Groundhog Day replaying of 9/11 and its fallout, in which that day is retconned, America wins and the subconscious trauma it left the nation recovering from is eased.

Endgame, however, breaks from tradition, swapping out fantastical 9/11 revisionism for loss, grief and regret. It picks up right from where Infinity War left off, with The Avengers having lost. Mounting a daring raid to kill the man who inflicted that loss on them – remind you of anything? – does nothing to bring back the dead or soothe Rogers, Stark and co’s mourning. The Avengers have lost and all they can do is pick through the rubble and hope to somehow, someday move on.

Five years pass in Endgame and abandoned boats still bounce against the docks at the feet of The Statue of Liberty, the tremors of Thanos’ victory fully felt in scenes full of surprising stillness and quiet. The film’s first act languishes in this setting and this mood – an adventurous move for the most anticipated superhero movie of all time, in a genre that for 18 years has existed as a means of escaping exactly this sense of mourning. Superhero cinema took flight in the early 2000s as an antidote to post-9/11 anguish and anxiety. But Endgame basks in it: the despair, the helplessness, the remorse.

Okay, so The Avengers may eventually fix it all, undust those they feared gone forever and claim victory again. But seeing the real-life emotion of 9/11 reflected in characters whose very existence has been to purge that day’s demons, to run away from it, feels like the closing of a loop: a superhero cinema endgame two decades in the making. Does Marvel’s latest epic mark the end of comic book movies’ fascination with 9/11? “Nothing’s been the same since New York,” Iron Man once said. Maybe it won’t be the same after Endgame. 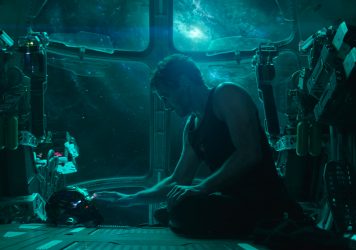